Skip to main content
The story you are reading was published on Wednesday August 10, 2016. To read more recent stories click here. 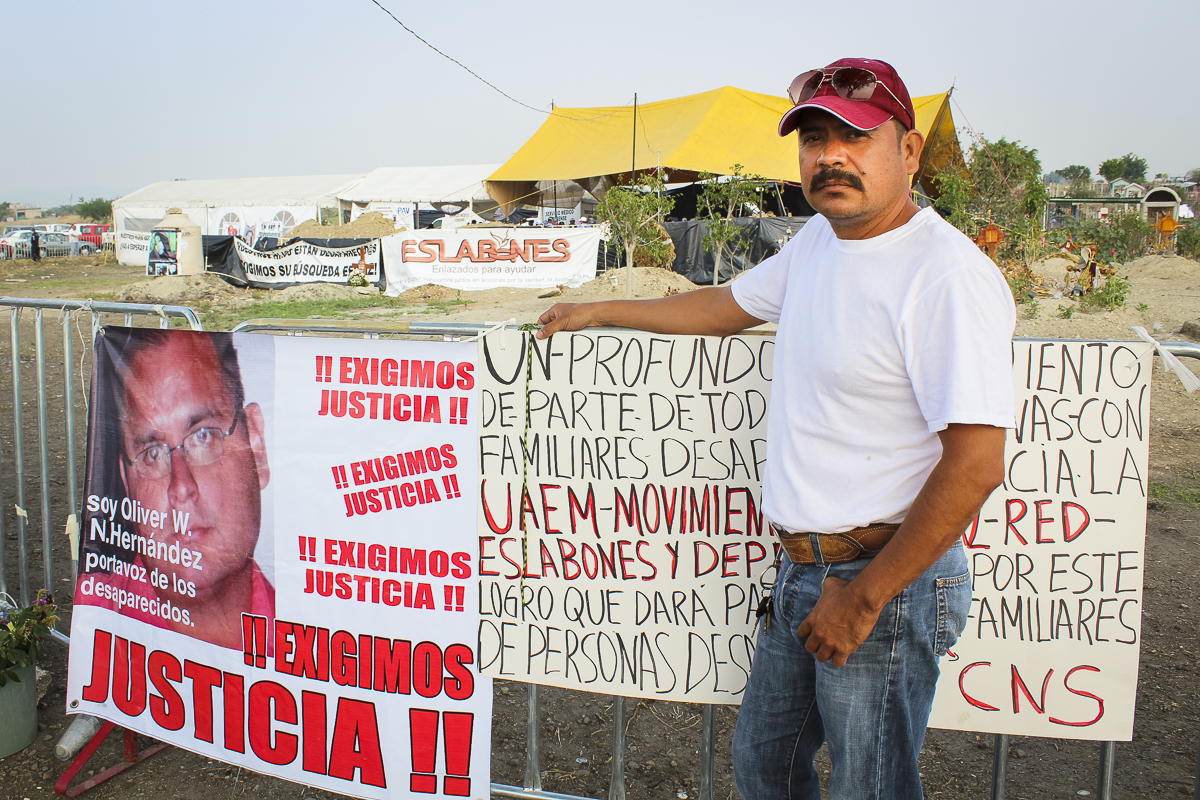 CUAUTLA, MEXICO — Oliver Wenceslao Navarrete Hernández was kidnapped and killed in 2013. He was 31 years old. Even now, his family says they don’t know why he died.

His relatives identified his body shortly after his death, but they say the body was then kept by the state attorney general’s office. That office, according to the family, was going to investigate the death.

The family expected to receive the body so that they could hold a funeral. But instead, in March 2014 it was tossed in a mass grave at a cemetery in Tetelcingo, a town in Cuautla, a municipality in Morelos state, says Amalia Alejandra Hernández Hernández, Navarrete Hernández’s aunt.

In December 2014, after the family demanded it, his body was exhumed. The family stood at the graveside as the exhumation began. That’s when they saw that there were other bodies in the grave.

They demanded that the state exhume those as well, Hernández Hernández says. They also insisted that those responsible for Navarrete Hernández’s burial there be punished.

INSIDE THE STORY: After reading a local news story about previously-identified bodies ending up in mass graves, GPJ reporter Mayela Sánchez began investigating the program, housed within a university, that was working to bring justice to families. Read the blog.

Months later, in October 2015, the family was joined by a powerful advocate: Programa de Atención a Víctimas, operating out of the Universidad Autónoma del Estado de Morelos (UAEM), the main public university in the state. The program provides comprehensive care for people who have been victims of human rights abuses and other crimes. This care includes legal and psychological.

In May of this year, the state attorney general’s office agreed to exhume the bodies. Toward the end of that month and in early June, 117 bodies and 12 additional pieces of skeletal remains were exhumed from graves in Tetelcingo. UAEM participated in the exhumation, and the state attorney general’s office and the university are currently working independently to identify the remains.

Family members say that much of their progress is due to Programa de Atención a Víctimas.

“It is there that they give us all their support and attention. They accompany us to the authorities, wherever we have to go, their presence echoing all the requests we were making,” says María Concepción Hernández Hernández, Navarrete Hernández’s mother.

Mexico is in the midst of a severe human rights crisis. More than 100,000 people have been murdered and thousands more have disappeared in recent years, according to an Inter-American Commission on Human Rights report released March 2016. 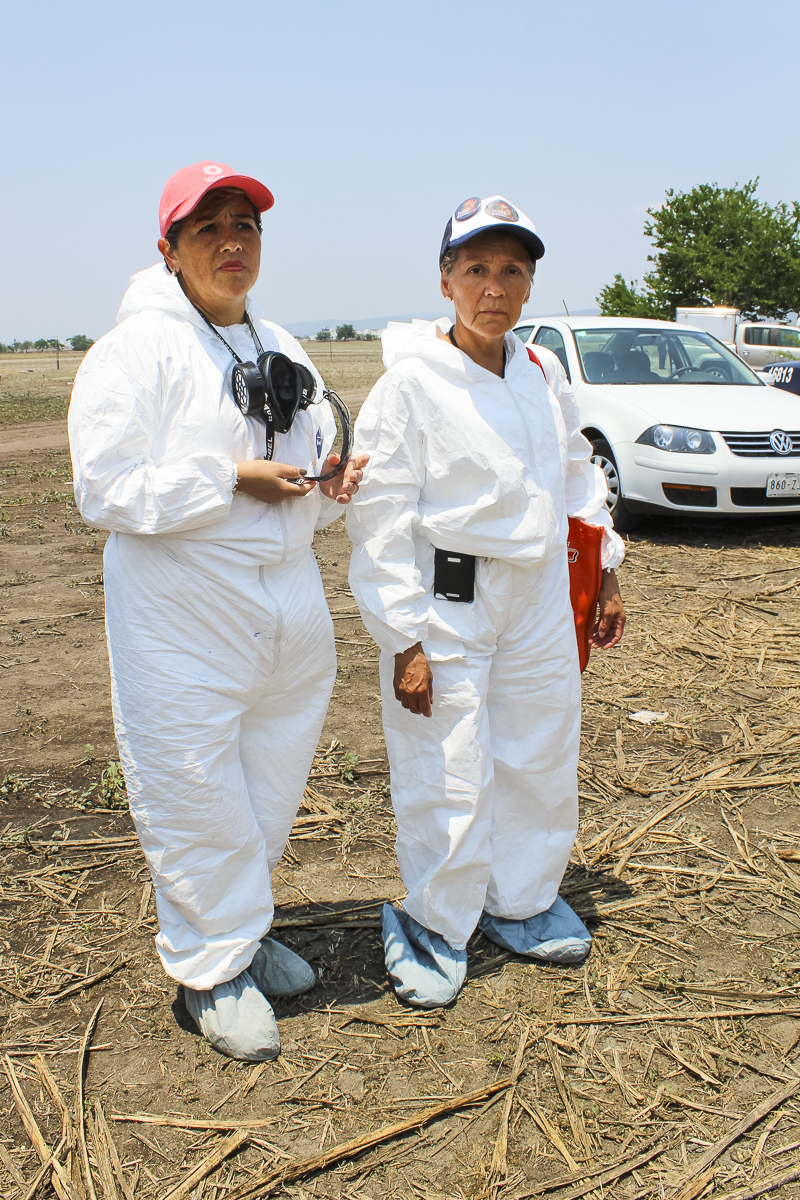 Much of the current violence and instability dates to 2006, when the government launched an offensive against drug trafficking, according to the commission’s report.

Families of the killed and disappeared have grown increasingly vocal in their demands for justice. In 2011, caravans of family members traveled through the country, searching for clues about their missing loved ones and speaking with authorities along the way. Families and their advocates also had meetings with Felipe Calderón, who was Mexico’s president at the time. Those efforts were the impetus for Programa de Atención a Víctimas.

The program began in March 2014, says Roberto Villanueva Guzmán, its coordinator. (Another similar program is set to begin at a different university sometime in August.)

Free legal advice for people who have been victims of crimes is a mainstay for the program, but for the most serious cases, the program offers psychosocial care as well as full legal support, Villanueva Guzmán says, all of it free. It also launches media campaigns to draw attention to certain crimes and to pressure the government to exact justice, connects families to national and international civil rights organizations and offers workshops in caring for those who have suffered human rights abuses, utilizing existing legislation to exact justice, he says.

The program also has an area that specializes on identifying remains, to support relatives of the disappeared, Villanueva Guzmán says. 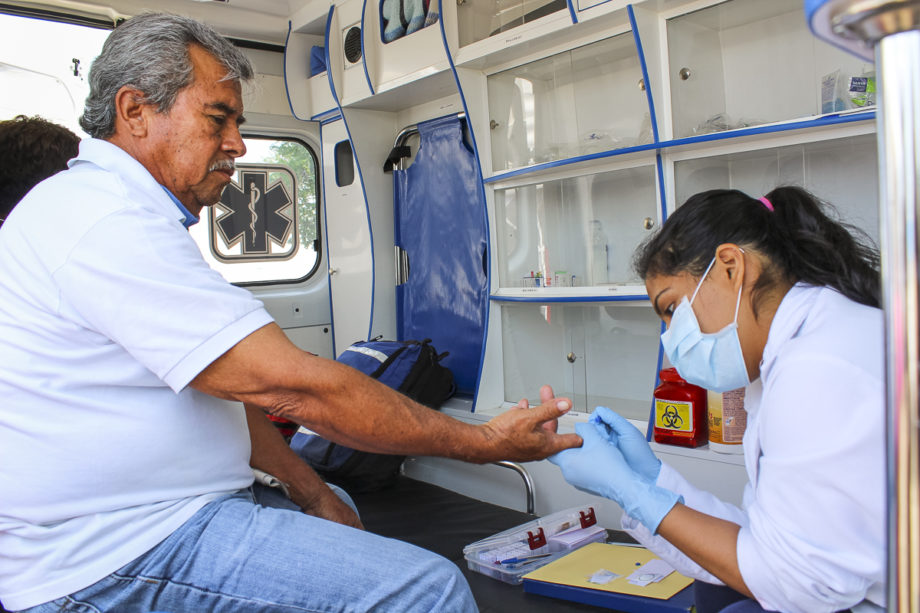 Members of the forensics team took DNA samples from people whose family members have disappeared, and who were hoping one of the bodies exhumed from the grave could be that of their family member. Francisco Peralta Acosta (left), 69, was giving blood at the site hoping it would find his son, Adrián Acosta López, who has been missing for 6 years.

The program relies on nine specialists with expertise in psychology, forensics, public safety and other areas, as well as students aiming for careers in various fields, he says.

“It has to be a multidisciplinary and interdisciplinary process, so that all the aspects that are seen violated when a person is harmed can be attended to,” Villanueva Guzmán says.

Chasel Colorado Piña, a coordinator with Amnesty International in Mexico, told GPJ in a telephone interview that the UAEM program is the first of its kind.

“It is a unique exercise that speaks very well of the responsibilities that universities have for developing frameworks, but also for how those foundations become an agent of change within the universities,” she says.

The government has staff members to care for crime victims, with services including legal help and psychological care; people who don’t feel they receive adequate support can file a complaint, she says. But having another program working on the same issues is a good thing. 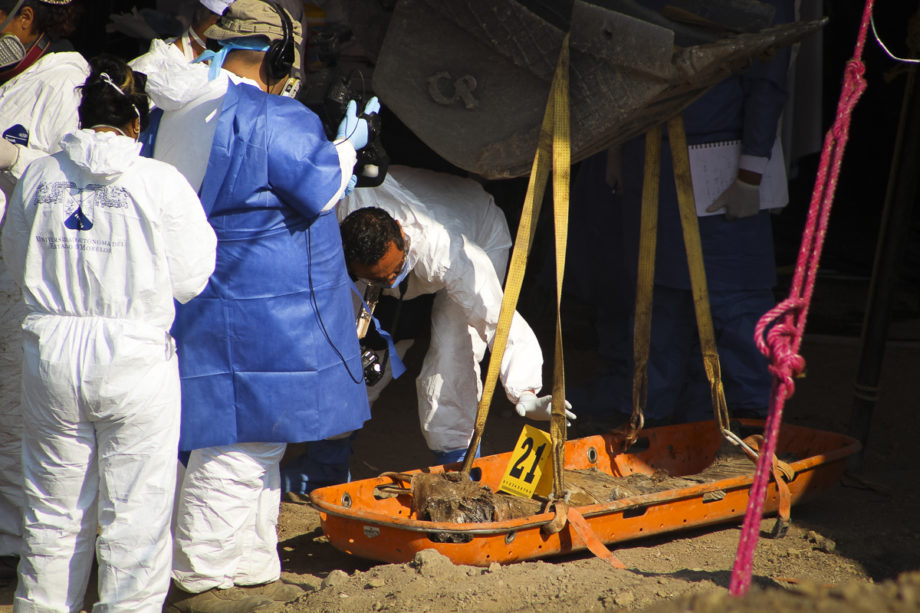 The Morelos state university and the state attorney general’s office are currently working independently to identify the remains of 117 corpses and 12 pieces of skeletal remains found at a mass grave.

“I think care is provided in all instances, and I think it’s good that there are agencies providing the same type of attention,” she says.

Having such a program in an academic environment is a fresh approach.

María Concepción Hernández Hernández says that she went to the office of the Comisión Ejecutiva de Atención a Víctimas in Morelos, a state government program that provides care to victims. She was told that not much could be done, so she stopped trusting that office, she says.

Liborio Villanueva, 43, says he lost hope when he didn’t receive any guidance after reporting to the state attorney general’s office that his son was missing.

Isaac Jair Villanueva Yáñez was 21 years old in June 2011 when he disappeared in this municipality, Liborio Villanueva says.

“We searched in towns, we searched with friends, we searched even with psychics who would tell us that they saw him,” Liborio Villanueva says. “We searched here and there, in the fields, until we gave up a little in time.” 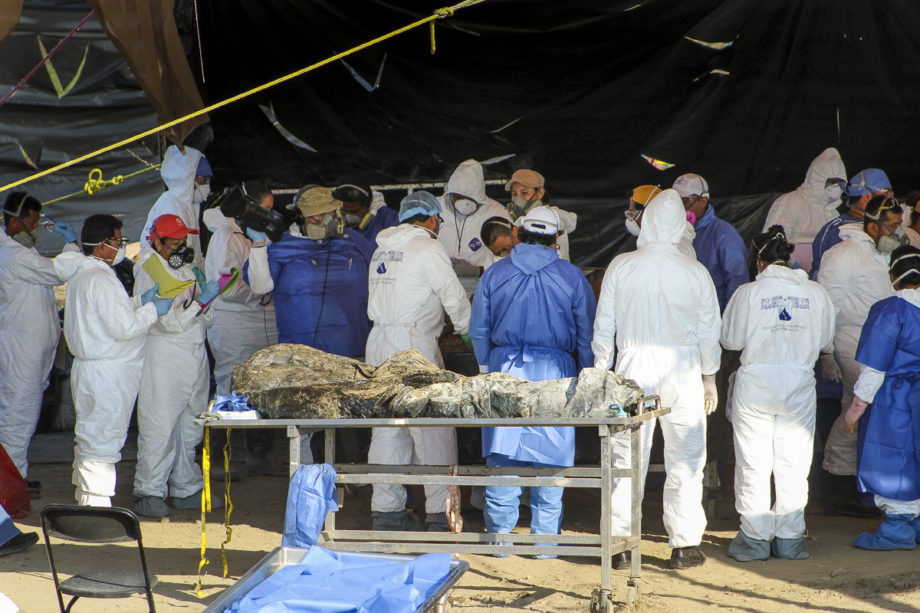 Forensic experts from the Programa de Atención a Víctimas provides comprehensive care for people who have been victims of human rights abuses and other crimes. In early June, they participated in a dig to exhume bodies from the mass grave.

He discovered Programa de Atención a Víctimas in November 2015. He still doesn’t know for sure what happened to his son but hopes the mass grave exhumation could provide him and his family some closure.

Villanueva Guzmán says universities have a responsibility to use their resources to serve society.

“If we say we are a socially responsible university, we can’t forget about people’s suffering,” he says. “If universities are expected to serve the communities we are committed to, we should always address problems such as violence, insecurity or poverty. Otherwise, the existence of universities would be moot.”

In February, the Universidad de Guadalajara created a program in western Jalisco state similar to the one at UAEM.

This university program will focus on all types of crimes committed against university students, professors and administrative personnel, says José Alberto Galarza Villaseñor, president of Federación de Estudiantes Universitarios, a student group at the university.

The program’s implementation has not been completed because of administrative changes, Galarza Villaseñor says. He expects it to start operating in mid-August.

For Liborio Villanueva, the involvement of universities in the care of victims inspires trust.

“I feel that the universities do it without any interest in political gain,” he says.