Skip to main content
The story you are reading was published on Saturday November 5, 2016. To read more recent stories click here. 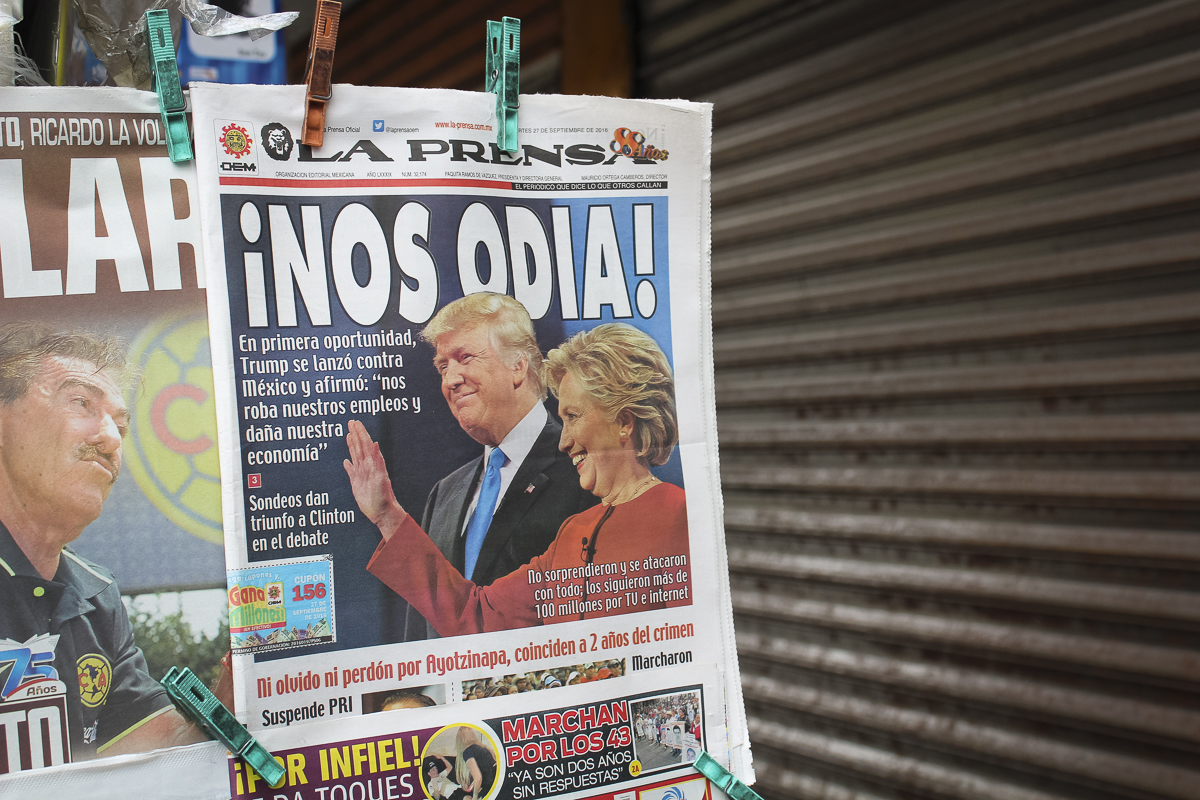 MEXICO CITY, MEXICO — With repeated warnings about undocumented immigrants made by Republican presidential candidate Donald Trump, Mexico and its people have become key topics during the U.S. election season. Trump has promised to build a wall between the U.S. and Mexico if he is elected on Nov. 8, and has noted on multiple occasions that Mexicans who cross that border illegally bring drugs and crime with them.

“The Mexican question has been around since the first time Donald Trump opened his mouth and said he wanted to be a presidential candidate on the basis of an anti-Mexican discourse,” says José Luis Valdés Ugalde, a researcher on North America relations at the Universidad Nacional Autónoma de México, a public research university in Mexico City, in a phone interview with Global Press Journal.

The country and its people have become a major campaign issue, Valdés Ugalde says.

Hispanics are the largest demographic group in the country, comprising over 17 percent of the total U.S. population, according to 2014 U.S. census data. People of Mexican origin made up 64 percent of that population.

The border between Mexico and the U.S. is the world’s busiest migration corridor, with 13 million people crossing it in 2013, according to the World Bank. Along the 3,141 kilometers (1,951 miles) common border, thousands of people, with or without immigration documents, travel daily. Thousands of agricultural and manufacturing products cross from one country to the other, as do drugs and weapons.

The U.S. is Mexico’s main trading partner. Of the remittances sent to Mexico — equal to 2.3 percent of the country’s 2015 gross domestic product— more than 95 percent comes from the United States, according to government data.

It’s such an intricate relationship that Valdés Ugalde calls it “a perpetual marriage,” one he believes is the most complex and crucial for the U.S. to maintain in the Americas.

The reference to Mexicans in the presidential race also has expanded attention to the U.S. election among Mexicans, he says.

“We’re all keeping an eye on the United States,” Valdés Ugalde says.

GPJ interviewed people whose work and experience are close to key issues for both countries: drug trafficking, commerce and migration. They talked about the impact decisions made by the next U.S. president could have for Mexicans. 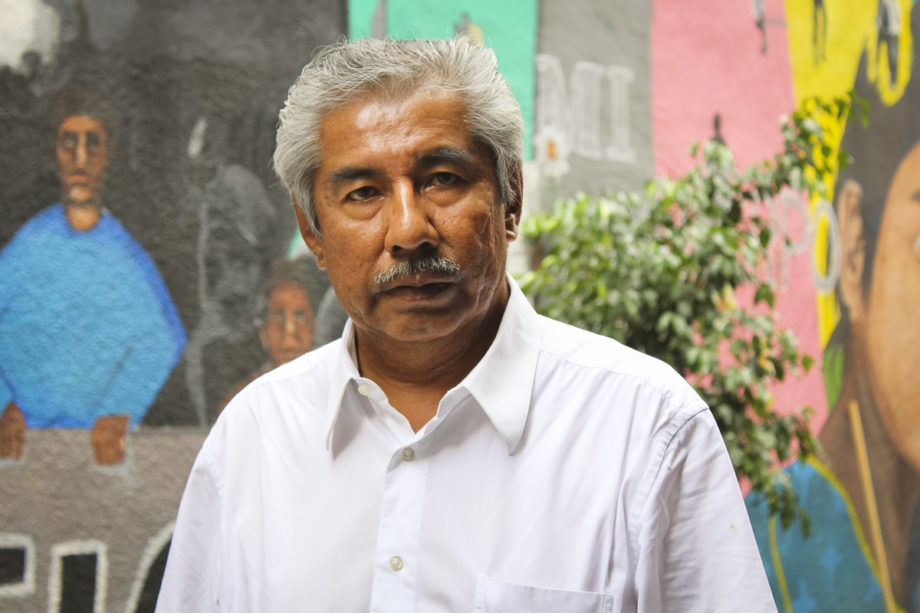 DRUG TRAFFICKING
Abel Barrera Hernández has worked with indigenous communities in Guerrero state, one of the country’s poorest, for 22 years.

As director of the Centro de Derechos Humanos de la Montaña Tlachinollan, a human rights organization, he sees how poverty forces farmers to grow and transport poppy, a plant that produces the opium used in heroin.

“In Mexico, those who are growing the drug in the most inhospitable land are poor people, poor families,” he says.

Guerrero is one of nine states where poppy cultivation is concentrated, according to a June report published jointly by the United Nations Office on Drugs and Crime and the Mexican government.
Those marginalized communities have been criminalized, harassed and extorted by local authorities, and illegally detained and abused by military deployed to fight drug trafficking, Barrera Hernández says.

Mexico has maintained bilateral agreements with the U.S. since the 1970s to combat drug trafficking. Through the 2008 Merida Initiative, the U.S. government had provided close to $1.5 billion to Mexico in training, equipment and technical assistance by November 2015.

Barrera Hernández says the focus of the anti-drug policy should shift toward social investment in Mexico, and more attention to addiction in the U.S., where deaths from heroin overdoses increased by 248 percent between 2010 and 2014, according to June figures from the U.S. Drug Enforcement Administration.

But Barrera Hernández doesn’t expect the next U.S. administration to modify the current focus of its anti-drug policy.

“We see that these plans are designed at a macro level, at a macro-political and macro-economic level,” he says. “These regions that are in such unequal conditions are not included. You have to think of the impact of these policies.” 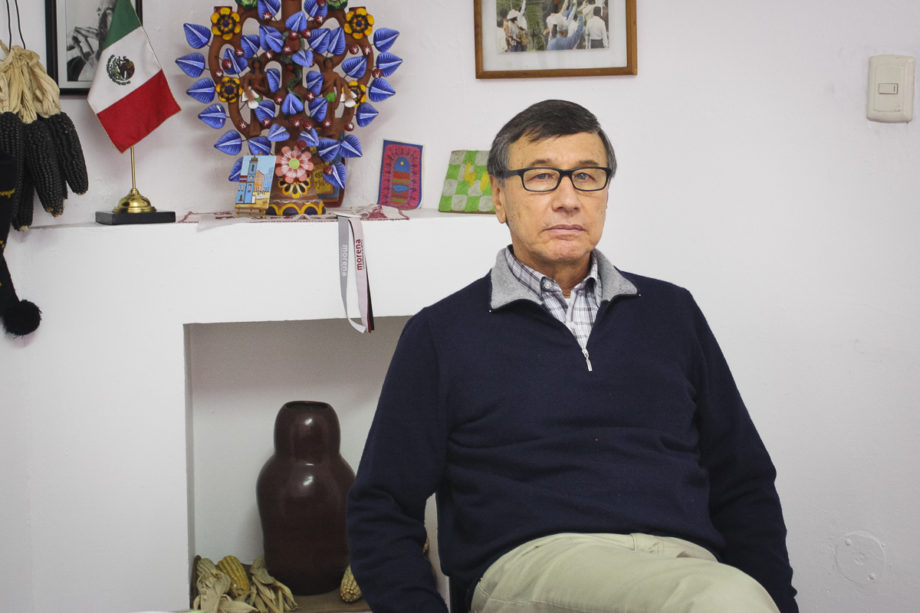 Improving U.S.-Mexico trade relations is one way to limit the migration of Mexican farmers for the U.S., says Víctor Suárez Carrera.

COMMERCE
The North American Free Trade Agreement, known as NAFTA, between the United States, Canada and Mexico in 1994 to open borders to products and services, and seek economic development, has been a subject of debate in Mexico especially since the U.S. election season began.

Víctor Suárez Carrera recalls that after its signing, agricultural markets were in disarray and prices were overwhelmed by trade liberalization.

The Asociación Nacional de Empresas Comercializadoras de Productores del Campo (ANEC), a network of small grain producers and marketers, emerged in 1995 as an answer to the 1994 disarray, says Suárez, its current executive director. He sees how small and medium-sized producers have suffered.

They have fallen into arrears, have been unable to pay their credit, have had to rent or sell their land, have sought work in urban areas or have turned to the cultivation and trafficking of drugs, which sometimes have led them to migrate from Mexico, he says.

Mexican agricultural products can’t compete with those from the U.S., where there is greater development in terms of production, technology and subsidies.

Subsidized U.S. products exported to Mexico have displaced domestic production because they compete with prices that are lower than the cost of production. Mexicans sell at a loss, Suárez says.
The election could have a negative effect on farmers. During the first presidential debate, held in September, Trump called NAFTA “the worst trade deal maybe ever signed anywhere, but certainly ever signed in this country” and “one of the worst things that ever happened to the manufacturing industry.” Clinton has said “we’re going to enforce the trade deals we have.”

If Mexico better controls its imports and exports, as well as improve working conditions for businesses, there would be fewer Mexicans leaving for the U.S., Suárez says. 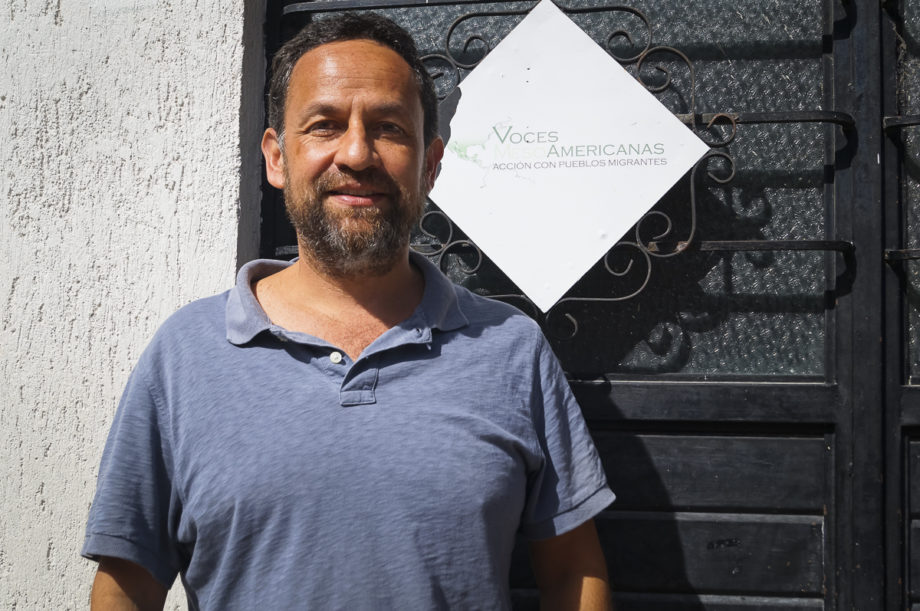 Miguel Ángel Paz Carrasco works with Mexican and Central American immigrants in southern Mexico to prepare them legally for the journey north.

Voces Mesoamericanas: Acción con Pueblos Migrantes, the organization for which Paz Carrasco is coordinator, helps both Mexican and Central American migrants organize themselves to defend their rights during their trips to and stays in the U.S.

Proposals from the presidential candidates, while they have clear differences, both present immigration as a national security issue, he says.

“Trump, with a clearly xenophobic stance, proposes building a physical wall of block and cement. Whereas Clinton proposes to reinforce the border with more manpower and technology,” he says. “They are just methods and nuances.”

“If the reference is what happened with Obama and the thousands of families separated by massive deportation proceedings, (migrants) know there are no expectations,” he says. “What happens with one or the other, it’s the same blow to them: They are criminalized, they become invisible.”

Between the 2008 fiscal year and 2015 fiscal year, the Obama administration removed more than 2.8 million people from the U.S. through immigration orders. In the 2015 fiscal year, 91 percent of people removed from inside the U.S. were previously convicted of a crime.

“However, it’s not strong enough to stop the thousands of undocumented people who still believe in the American dream,” he says.