Skip to main content
The story you are reading was published on Sunday December 18, 2016. To read more recent stories click here. 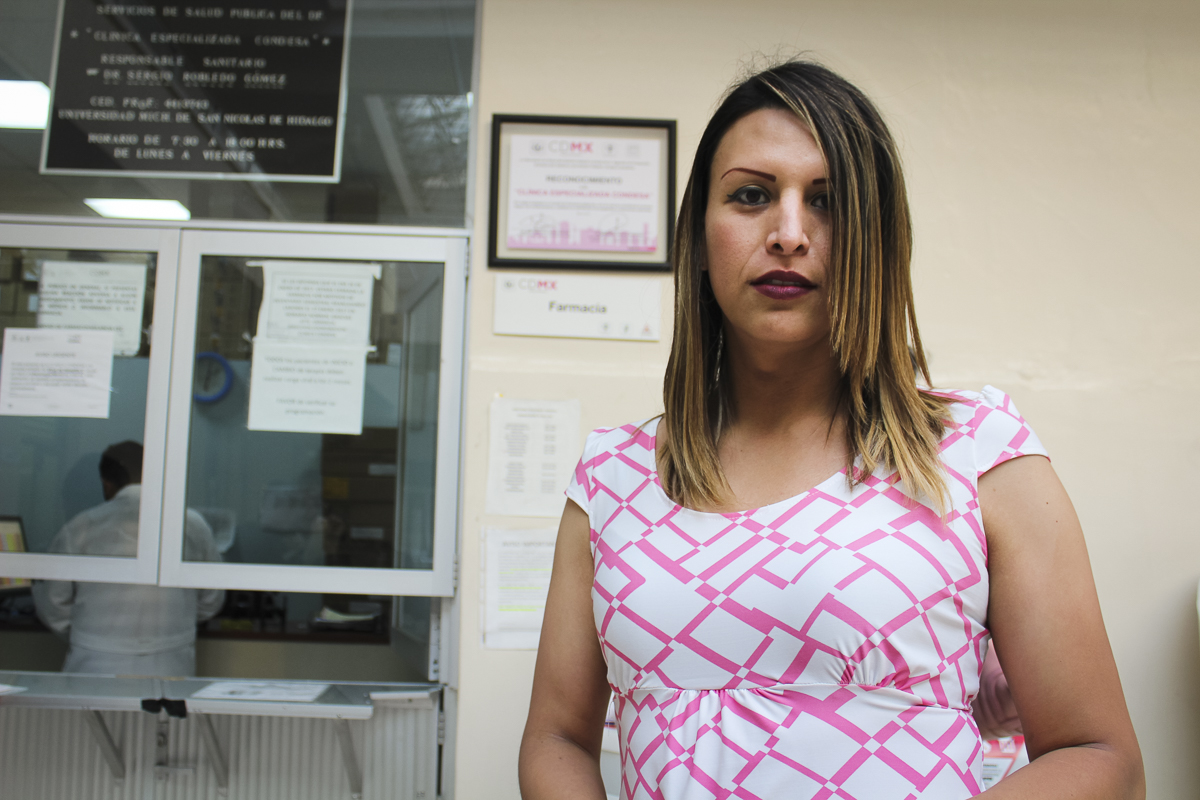 MEXICO CITY, MEXICO — Erika Ivonne Villegas Hernández was 16 years old when she began to cross-dress. She became a sex worker and took hormones, recommended to her by a friend, to transform her male body into a female one.

She longed for large breasts, so she found pills in a drugstore that she hoped would grow them.

“They told me that with that I would get boobs, and it was my dream,” Villegas Hernández, now 48, says.

But the pills weren’t as effective as she’d hoped. She didn’t have money for implants, so she tried another brand of pills, and then tried oil injections ten years later, both of which she took without consulting a doctor. The oil injections were popular among transgender sex workers who wanted to change their bodies, she says. But a few years ago, they caused problems for her.

“With time [the injections] began to create little balls on me,” she says, adding that the oil caused what she believes were abscesses under her skin that she could feel. 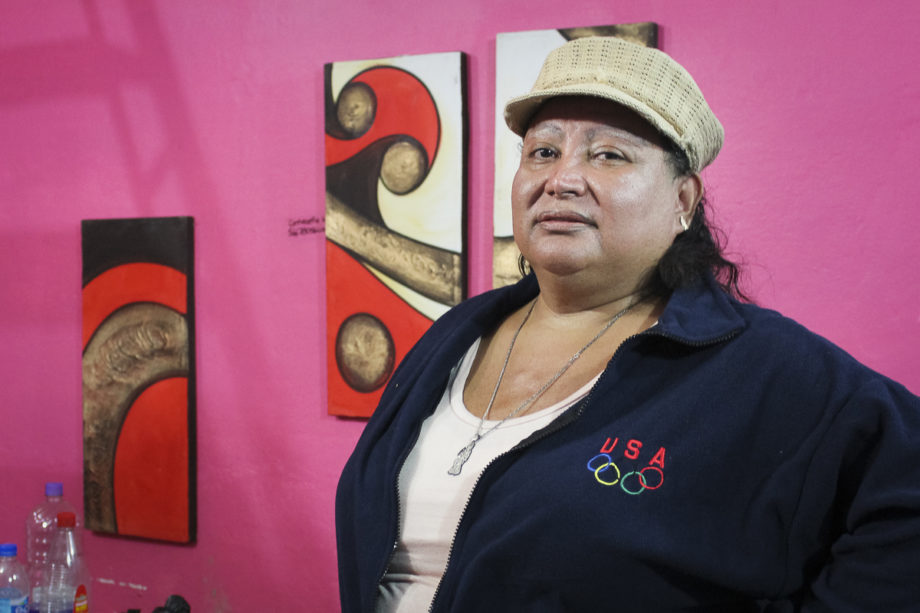 Erika Ivonne Villegas Hernández, 48, began to use pills at age 16 to force her male body to grow breasts.

In October, a surgeon extracted 90 percent of the oil, she says. The remaining 10 percent can’t be removed, she says the surgeon told her.

Villegas Hernández says she feels fortunate, because she knows many transgender women who also used the oil injections, which are derived from petroleum, and have suffered far worse than her.

Large numbers of transgender people in Mexico self-prescribe hormones and other treatments in an effort to change their bodies. Self-administered hormones, fillers and other chemicals aimed at body modification are often the causes of the primary health problems for Latin America’s transgender population, according to a 2013 report by the Pan American Health Organization. These fillers can cause ulcers, abscesses and infections and acute renal failure, among other ailments.

In Mexico, nearly half of the transgender people surveyed who had used medical intervention to change their bodies did so without medical supervision, according to one study published in July in The Lancet Psychiatry, a scientific journal.

That could be in part because there is just one public health institution in Mexico, Clínica Especializada Condesa, that offers free hormone replacement therapy for transgender people.

The clinic began offering the therapy in 2009, after the capital city’s health ministry established that it should pay special attention to the health of transgender people, with a focus on the provision of hormones, psychotherapeutic support and care related to HIV/AIDS and other sexually transmitted diseases.

Since then, the clinic has served more than 1,600 transgender people, says Luis Manuel Arellano Delgado, a deputy director at a health center for the prevention of HIV and AIDS in Mexico City. 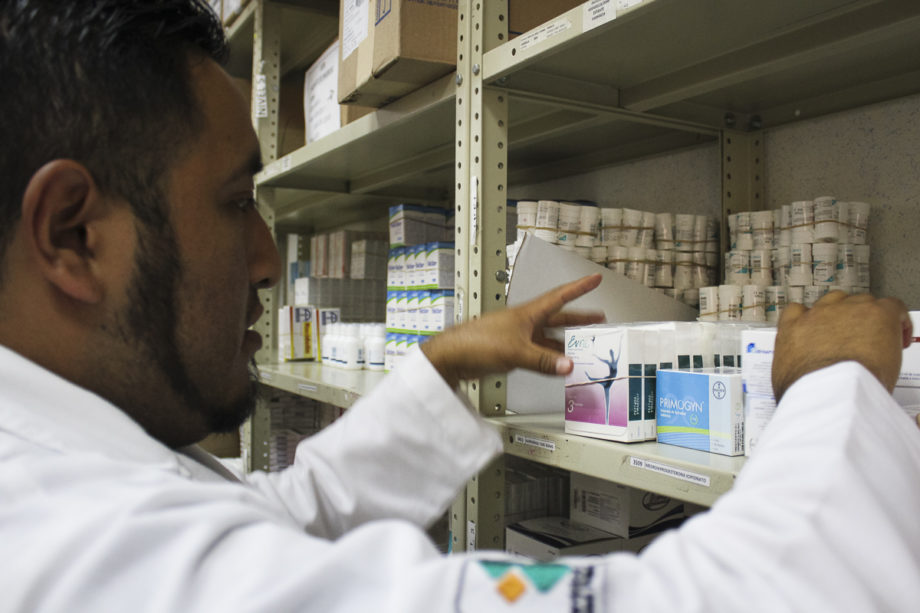 Transgender people have had access to free hormone replacement therapy at the Clínica Especializada Condesa health clinic in Mexico City since 2009. It is the only public institution in the country that offers this treatment.

There is no official data on the number of transgender people in Mexico. One estimate in the scientific journal put the number at 26,700 in the country’s capital of 8.9 million people.

Most of the medical treatments for transgender people are concentrated in the private medical sector, says Mayra Aidee Pérez Ambriz, a clinical sexologist.

In the public sector, health care for transgender people focuses on HIV and prevention of other STDs, says Rocío Suárez, a member of Centro de Apoyo a las Identidades Trans, which advocates health and human rights for transgender people. Issues including mental health, addiction and treatment for body modification are sidestepped, she says.

“They believe it is a secondary issue, and that there is then no obligation for the state to cover it,” Suárez says.

Body modifications are important for some transgender people because they allow them to confirm their identity with themselves and their culture and society, Pérez Ambriz says.

“Transsexual people never feel like it’s OK to be this way,” she says. “That’s why it is so important to seek the modification of that body.”

Villegas Hernández says vanity is also part of the motivation, and notes that sex workers need to look attractive in order to get clients. But they often don’t consider the risks when making body modifications without a doctor’s supervision, she says.

Yéssica Anahí García Valle, 37, began hormone replacement therapy at the clinic less than a year ago. She says she wants to prevent her masculine characteristics from being accentuated as she ages.

García Valle knows that, because of her age, the physical changes that the therapy offers will not be very evident. But the younger generations of transgender women now don’t aspire to conform with the stereotype of an attractive woman, she says.

“For us, being trans is more of a question of feeling than of doing or seeing,” she says.

However, she believes the option of body modification should be accessible in public health services so transgender people have the possibility of choosing freely.

“This offer should exist, not only to benefit from a hormonal replacement therapy, but why not for a sex reassignment?” she says. “I would love for this possibility to exist, from my point of view, to be able to choose.”