Skip to main content
The story you are reading was published on Wednesday April 19, 2017. To read more recent stories click here. 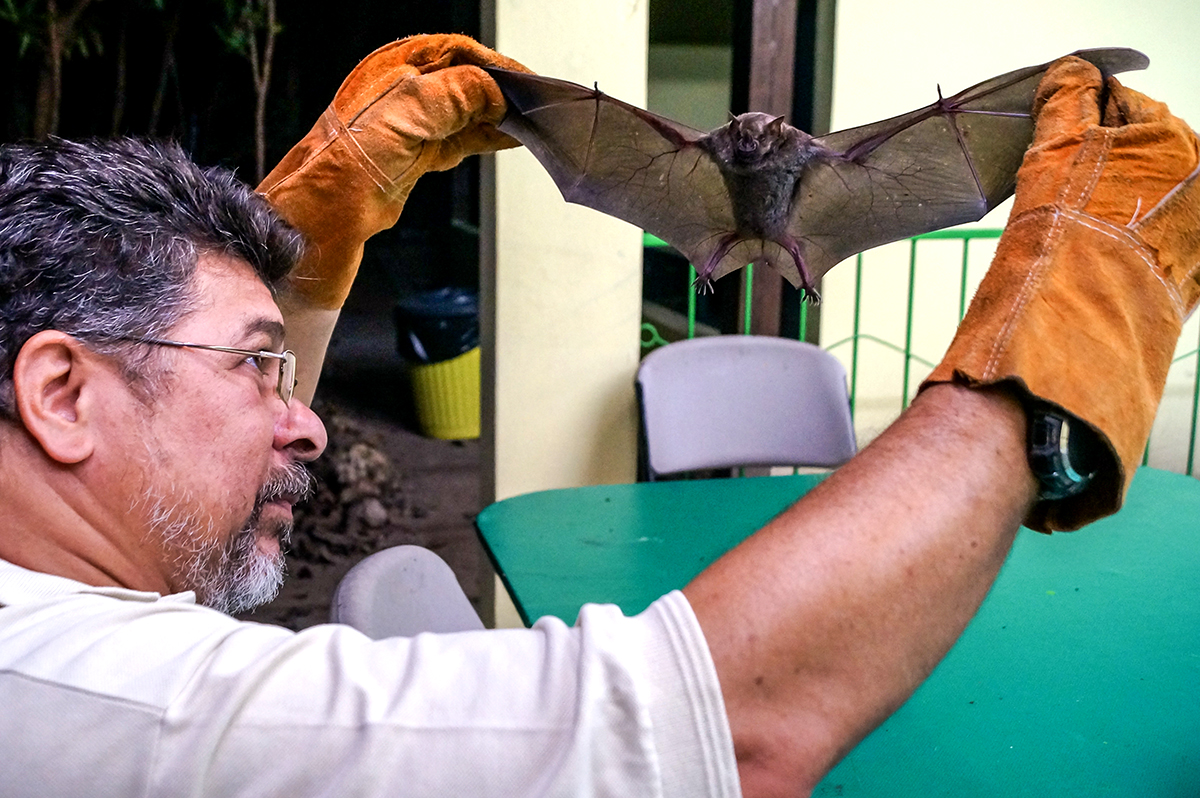 TECPATÁN, MEXICO — It’s 6:00 p.m. and as the sunlight slowly fades over the grasslands of southern Mexico, a group of farmers corral their cattle. It’s a defensive tactic to keep the cattle safe from predators of all types.

But the predator that is of most concern to the farmers these days is the bat – the vampire bat.

The teacup-sized creatures swoop through fields at night and slice tiny incisions into the cows’ flesh. They don’t drink enough blood to jeopardize an animal’s vascular health, but the threat of rabies is enough for the farmers to hunt for the caves where the bats roost and torch them.

When the attacks come, the farmers act quickly.

“When we wake up and check out the cows quickly, you distinguish the cows that were attacked. They have small cuts and blood stains,” says farmer Ever Gómez Hernández, 63.

When he sees a cut, Gómez Hernández applies a topical antidote and hopes he caught it in time. If not, he could be out of business. A single rabid cow can contaminate an entire herd, says Epigmenio Cruz Aldan, a curator at Zoológico Miguel Álvarez del Toro, a zoo in Tuxtla Gutiérrez.

But while Gómez Hernández and other cattle farmers battle the bats, Cruz Aldan and others are worried that their methods, especially burning the bats in their caves, could have an unintended consequence. 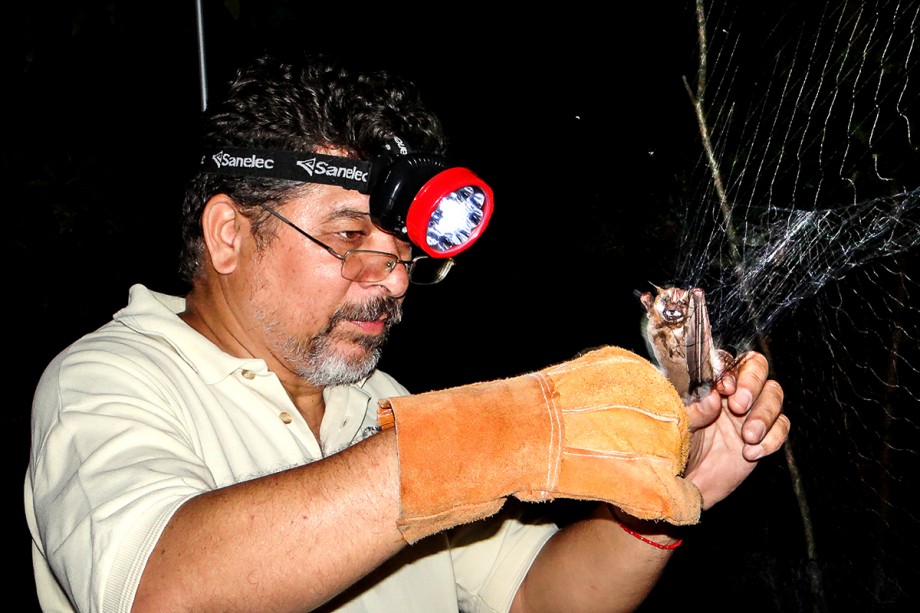 Vampire bats are plentiful, but other types of bats, including those that play key roles in the ecosystem, are endangered. In fact, Mexico’s iconic agave plants, which provide an ingredient for tequila, are pollinated by the endangered Mexican Long-Nosed Bat. Practices meant to kill vampire bats sometimes kill the endangered bats, too.

“People think that all bats are hematophages, that they eat blood,” Cruz Aldan says. “They don’t realize that a variety of species exists because that’s necessary for ecological equilibrium. If someone finds a bat near their house, the first thing they want to do is kill it because they think it’ll cause something bad.”

There’s such concern among some conservationists for bats in Mexico and in Central American countries that biologists and bat enthusiasts have organized a formal annual count to track the diversity of bat species. Called the Conteo Navideño de Murciélagos Mesoamericanos (in English, Christmastime Mesoamerican Bat Count) because it is held each December, the event welcomes anyone who is interested in learning about the creatures. In Mexico, the event was sponsored in December for the second year in a row by the federal Secretaría de Medio Ambiente e Historia Natural, the natural history and environment ministry.

“The general population is invited to see bats up close, to learn about their habits and, above all, to learn that they’re not animals that cause damage but, to the contrary, they’re important for controlling plagues of insects, pollinating plants and for the germination of some seeds,” says biologist Carlos Mauricio Cruz Durante, the Chiapas count coordinator and member of the team from the natural areas and wildlife at the ministry.

The count doesn’t focus on the total number of bats, but instead on monitoring species diversity. There’s no way to know for sure whether there are more or fewer bats in Chiapas than in previous years, but experts say there’s no indication that the total bat population is declining, despite some species being endangered. 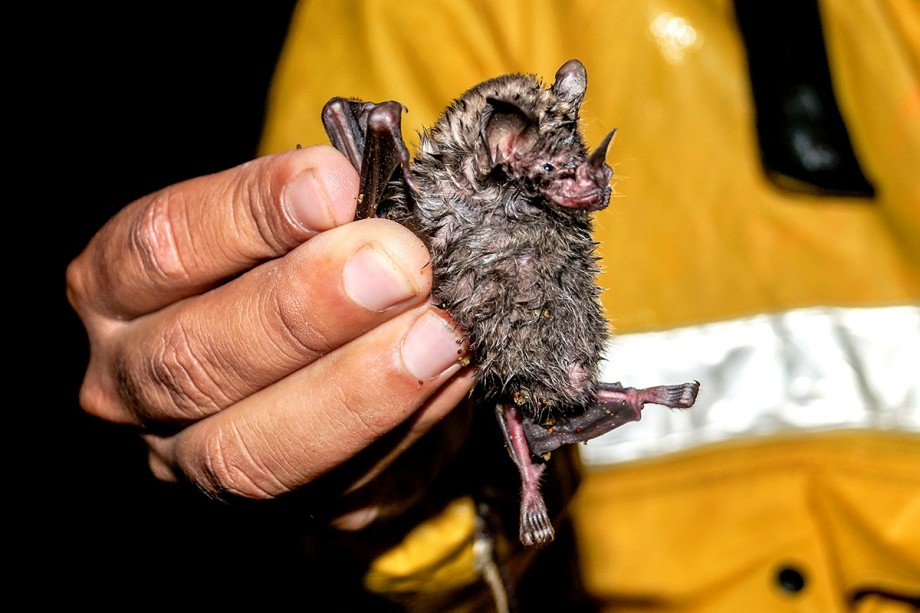 Jesús Ernesto Pérez Sánchez holds a bat captured during the Christmastime Mesoamerican Bat Count. The count is an annual event to identify the number of species of bats in areas throughout Mexico and Central America.

A 2011 report by the Comisión Nacional para el Conocimiento y Uso de la Biodiversidad, Mexico’s national biodiversity commission, found that of the 1,100 bat species in the world, nearly 140 of them live in Mexico. About 90 of those species live in Chiapas, making them the second most diverse group of mammals after rodents.

Just three of those bat species are vampires that drink blood.

Those vampire bats have never been considered a threat to humans until recently. Research published in 2016 in the journal Acta Chiropterologica found evidence that vampire bats in Brazil had consumed human blood, a shift that signals a potentially increased risk for transmission of rabies to humans.

“Poor bats! People are very afraid of them and they don’t really like them,” says María Cristina Cruz Gómez, 33.

Cruz Gómez says she convinced her father to not chop down a Chicozapote tree, near the family home, where bats roost. Her own research into the creatures has convinced her that there’s a need to protect them from people who buy into legends that bats are supernatural, violent creatures.

“There isn’t much information about bats and the benefits they offer to the ecosystem,” she says. “And that’s sad, because movies where bats attack people are abundant.”

Pedro Sánchez Montero, a biologist and the director of the Áreas Naturales y Vida Silvestre (in English, natural areas and wildlife) at the natural history and environment ministry, says the bat count will help people understand the role bats play in the ecosystem.

“The general population participated in this activity, along with members of civil society organizations, who will now seek to replicate it with another population,” he said. “The idea is that it’s like a chain process.” 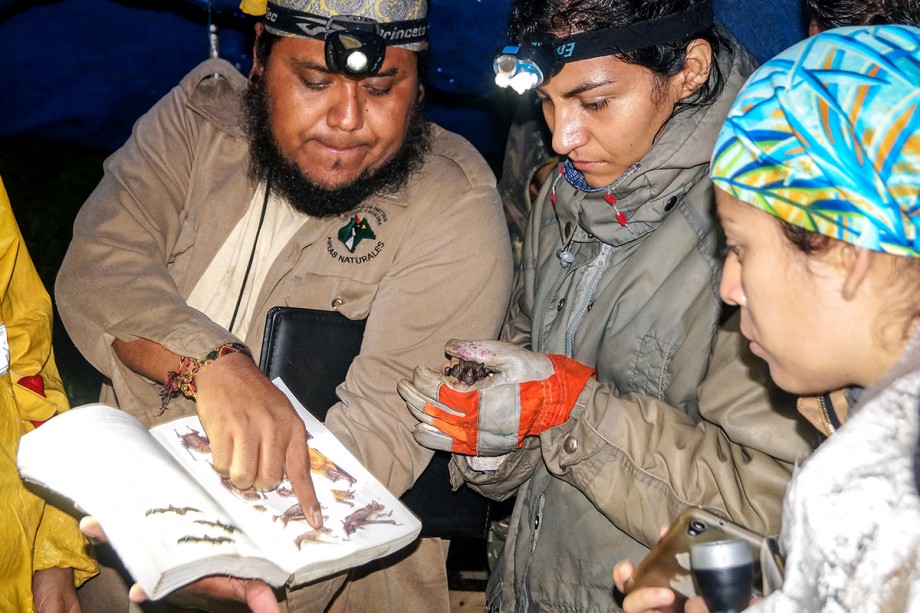