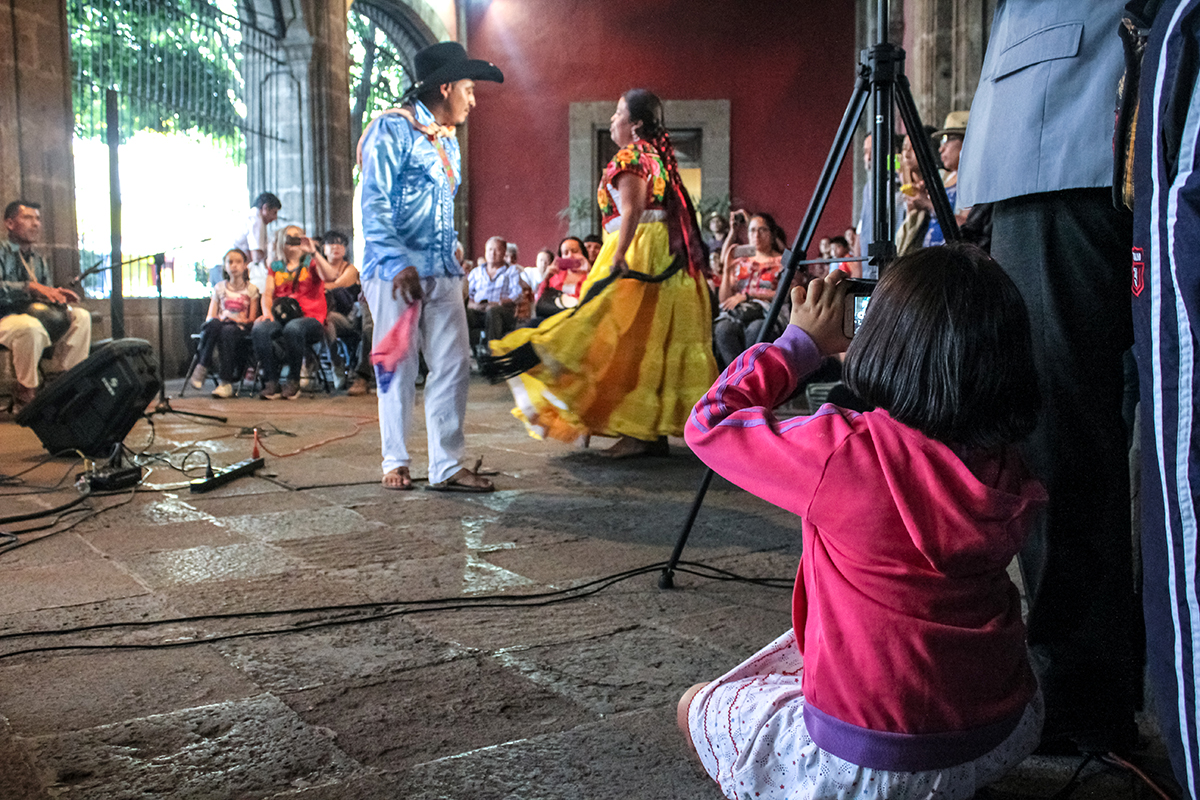 MEXICO CITY, MEXICO — It’s mid-week in Mexico’s capital. As the sun sets, hundreds of people walk through the streets with a clear and defined course. Their steps direct them toward a number of old buildings that house important pieces of history and culture. While the buildings vary in size and appearance, they all have one thing in common: their exhibits are open to the public, and are free of charge or deeply discounted, for one night only.

Noche de Museos, or Night of Museums, is an event that takes place once a month. The monthly series first began in 2009, with 10 participating museums, offering guided tours through their exhibitions.

Below the Monumento a la Revolución Mexicana is the Museo Nacional de la Revolución. Here, artifacts and documents from the Mexican revolutionary movement are displayed on interactive screens, in chronological order, with explanations for the visitors.

The success of the Noche de Museos pilot led to more museums taking part in the event. Now, more than 90 museums participate in the event per year by extending their hours to 10 p.m., at least once every two months. 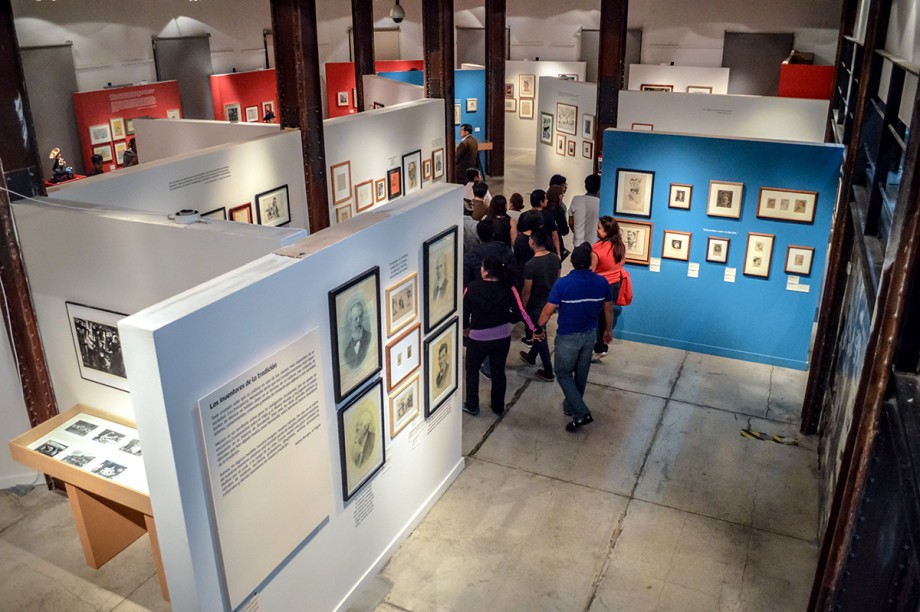 As part of Noche de Museos, which occurs every last Wednesday of the month, Museo del Estanquillo provides a guided tour for the public.

“The original idea was to expand the hours so that people who can’t attend during the regular schedule would be able to attend,” says Utrilla, who was the coordinator of cultural venues for Mexico City’s Secretaría de Cultura, the culture ministry, during the inaugural 2009 season.

Nowadays, many of the museums, besides the extended hours, offer special activities such as concerts, circus shows, workshops, film screenings, book presentations, and conferences, among other activities, which seek to better connect people with the exhibitions offered at each museum.

During the Noche de Museos in April, the Museo Nacional de la Revolución held a concert featuring Mexican music by two singer-songwriters. It was so successful that, after having set aside 54 seats for the public, it was necessary to add 30 more seats due to the wide attendance.

Museo del Estanquillo, which has been part of Noche de Museos since its inception, offers different activities to the public on the last Wednesday of each month.

“The demands of the public have been making it so that the program expands and there are cultural and artistic events such as theater, dance and music,” says Sofía García. García is in charge of educational and public services for the Museo del Estanquillo.

Guided visits to the museum are ongoing and, every month, they hold free workshops for artistic exploration and experimentation. These workshops help the participants try out some of the techniques used in the pieces on display and allows them to get to know the exhibitions through objects they create themselves, García says.

“In some activities, entrance to the public has had to be denied because the available spots run out,” García says. “The greatest number of visitors we have had in a single Noche de Museos was 600.” That record was set during an October activity connected with Día de los Muertos, the Day of the Dead.

Both museums agree that the majority of the public attending the Noche de Museos do so for the first time, and that they usually return later to tour exhibits carefully.

Building on eight years of success, Noche de Museos continues to add venues to its activities, such as the Cineteca Nacional, which was incorporated last March. 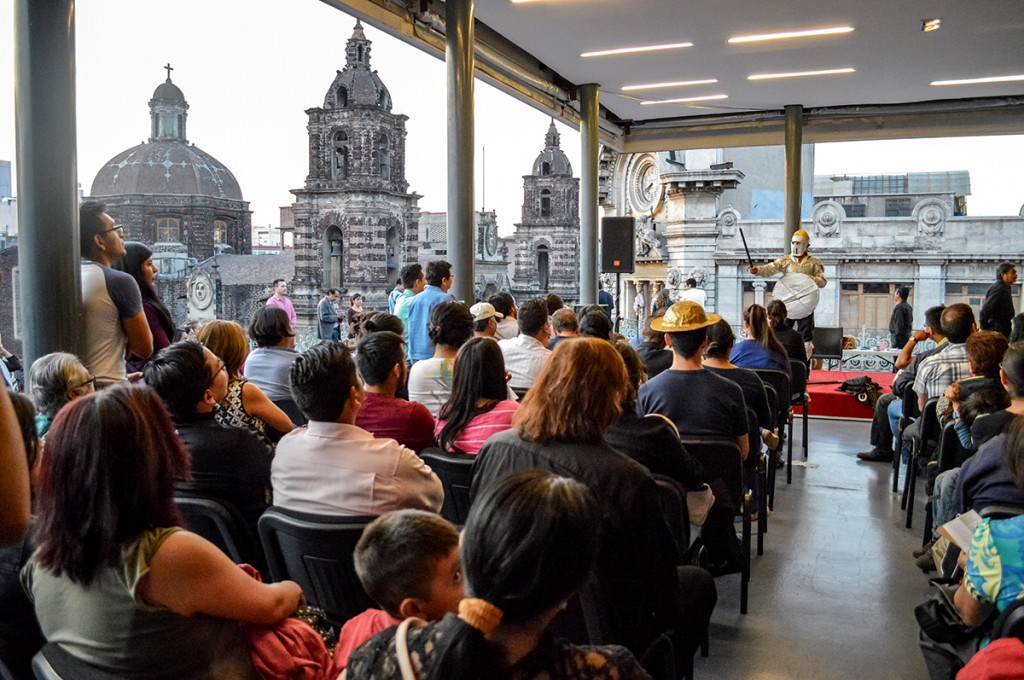 Museo del Estanquillo, a Mexico City museum that participates in Noche de Museos, hosts a puppet show based on the story of Don Quixote, a Spanish adventurer who sets out on a mission to revive chivalry. 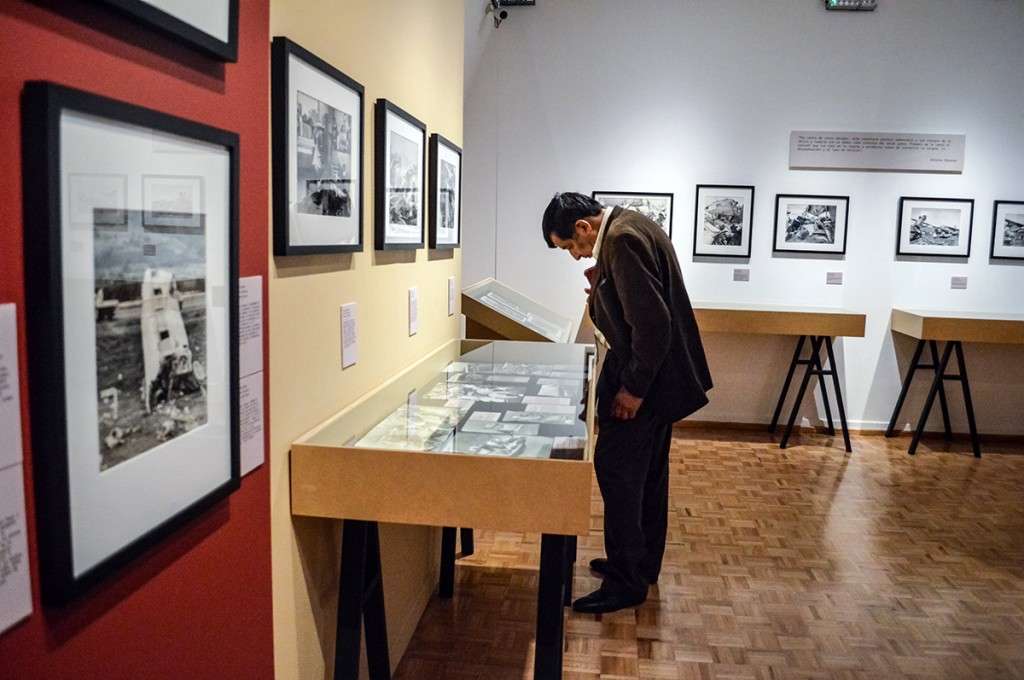 Aside from hosting a number of public activities during Noche de Museos, Museo del Estanquillo extends the hours of its permanent collection for visitors. 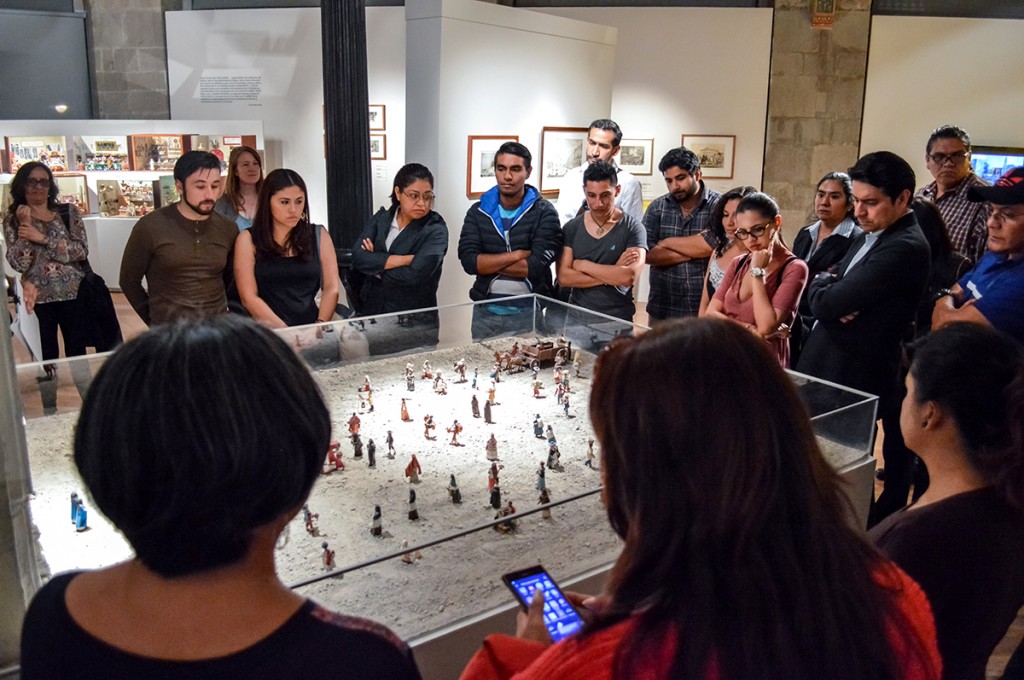 Guided tours, like this one at Museo del Estanquillo, are available during Noche de Museos. 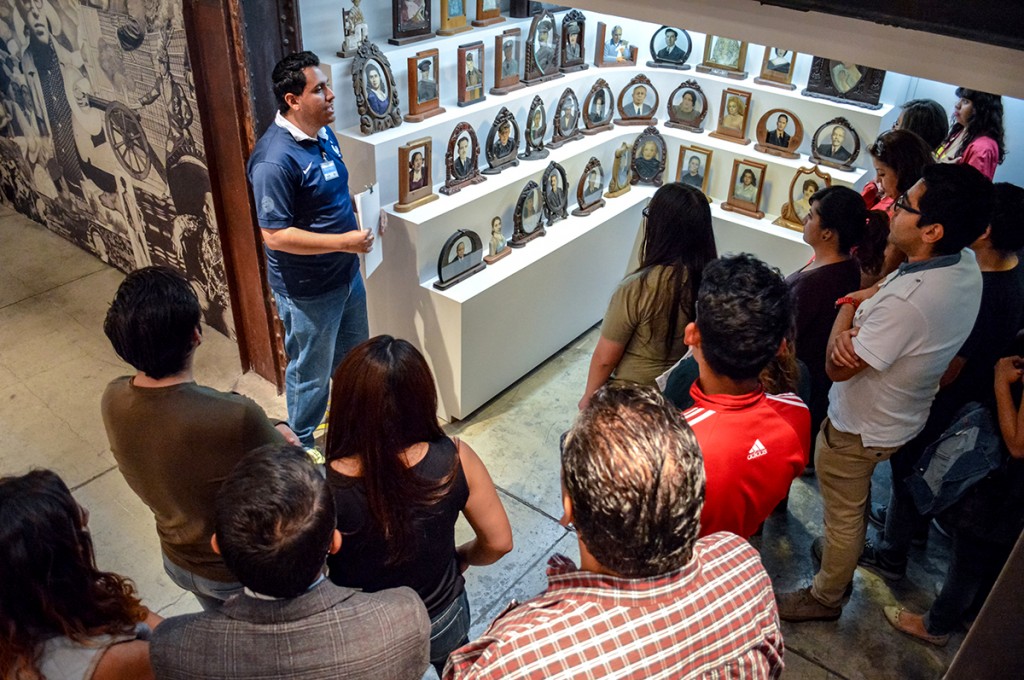 A tour guide explains the significance of the Museo del Esanquillo’s collection, and elaborate on the individual artifacts. 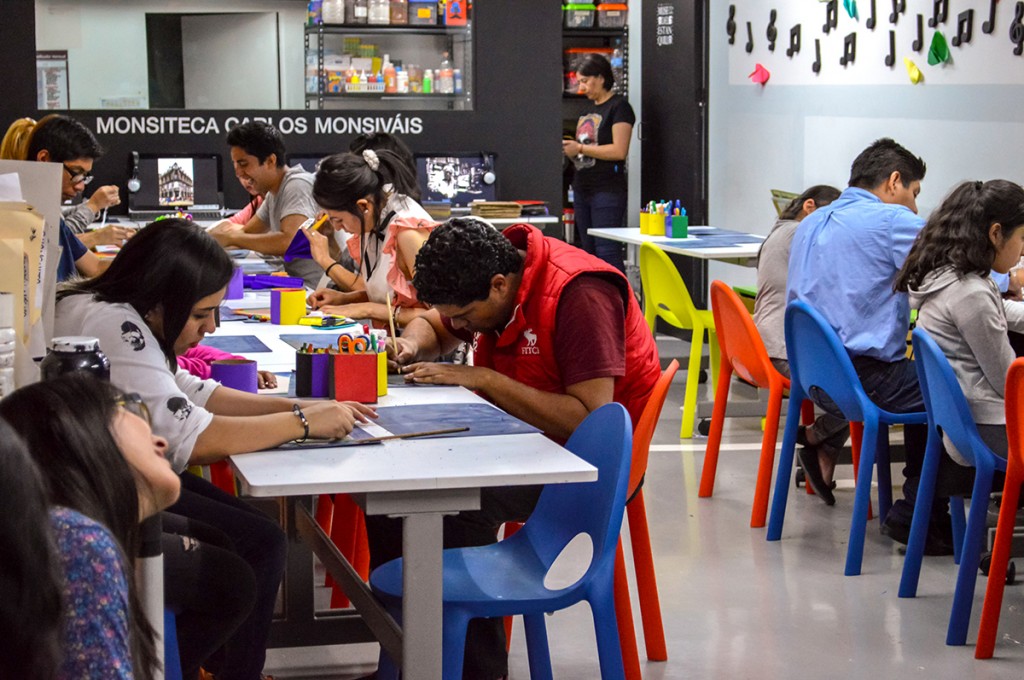 Museo del Estanquillo also organizes art activities where visitors have a chance to get creative with recycled materials, and to experiment with various art techniques. 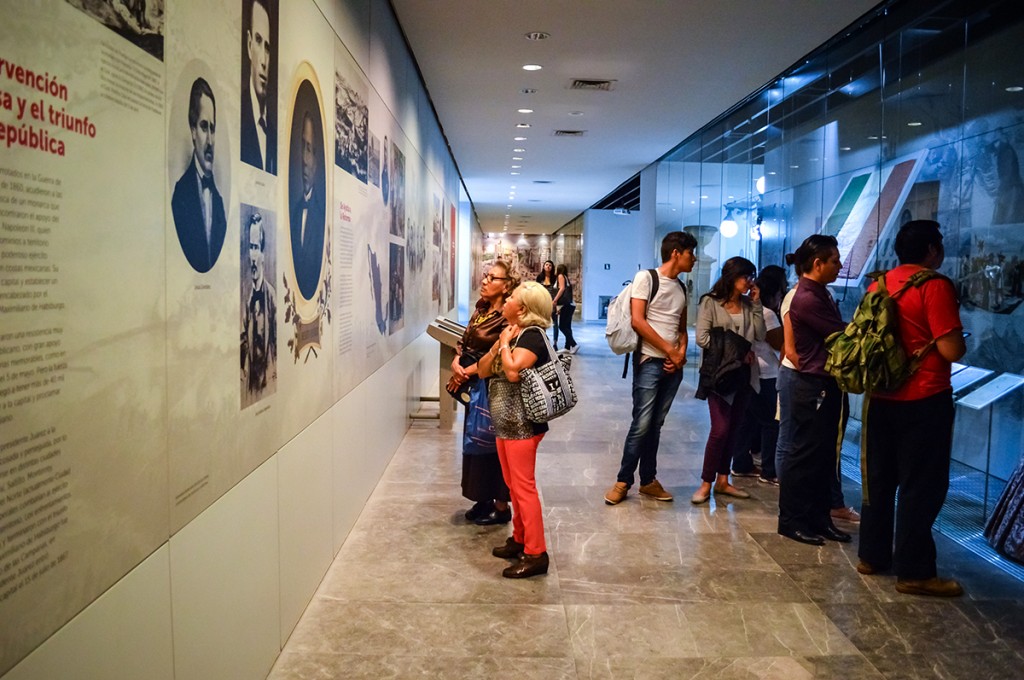 Visitors to the Museo Nacional de la Revolución learn about the events of the Mexican revolutionary movement during the extended hours of Noche de Museos. 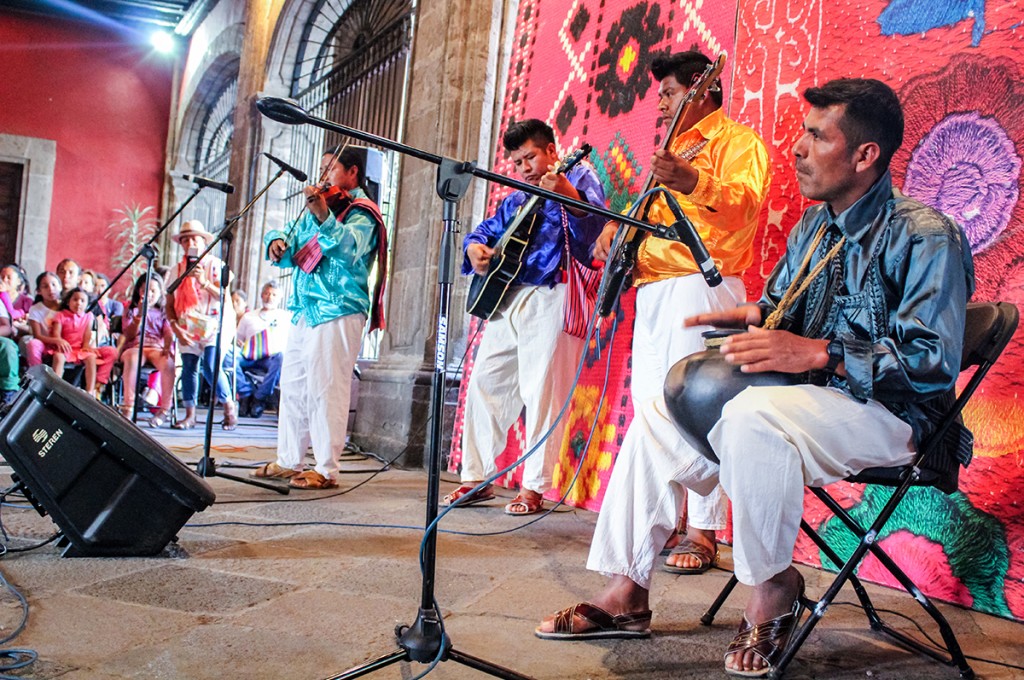 The musical group Ke-A Nshen-E perform a concert during Noche de Museos at the Museo Indígena in Mexico City. 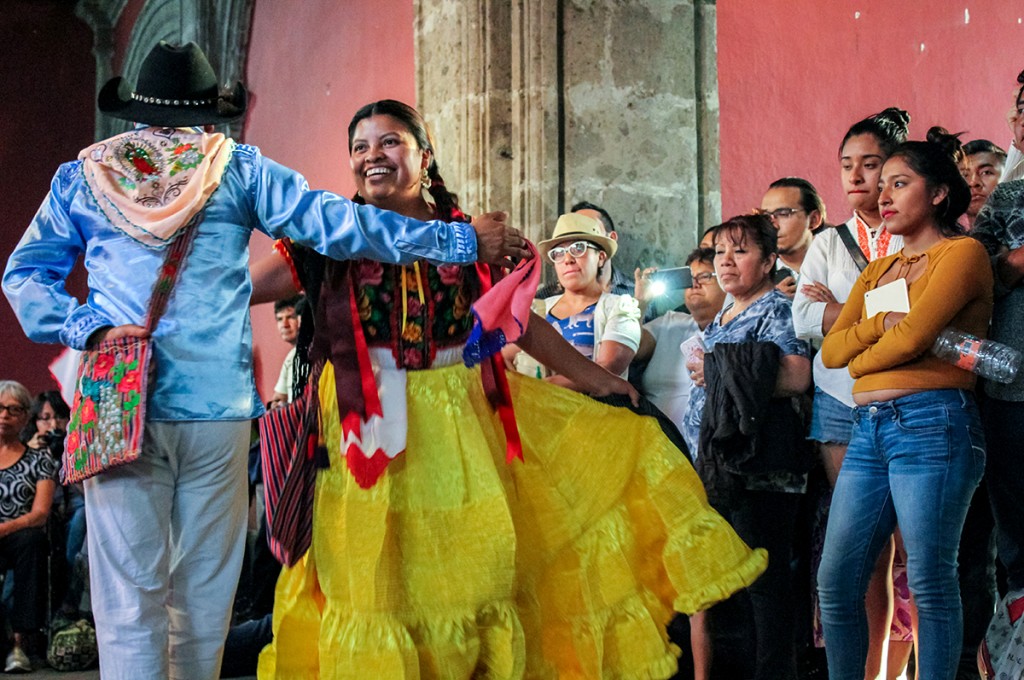 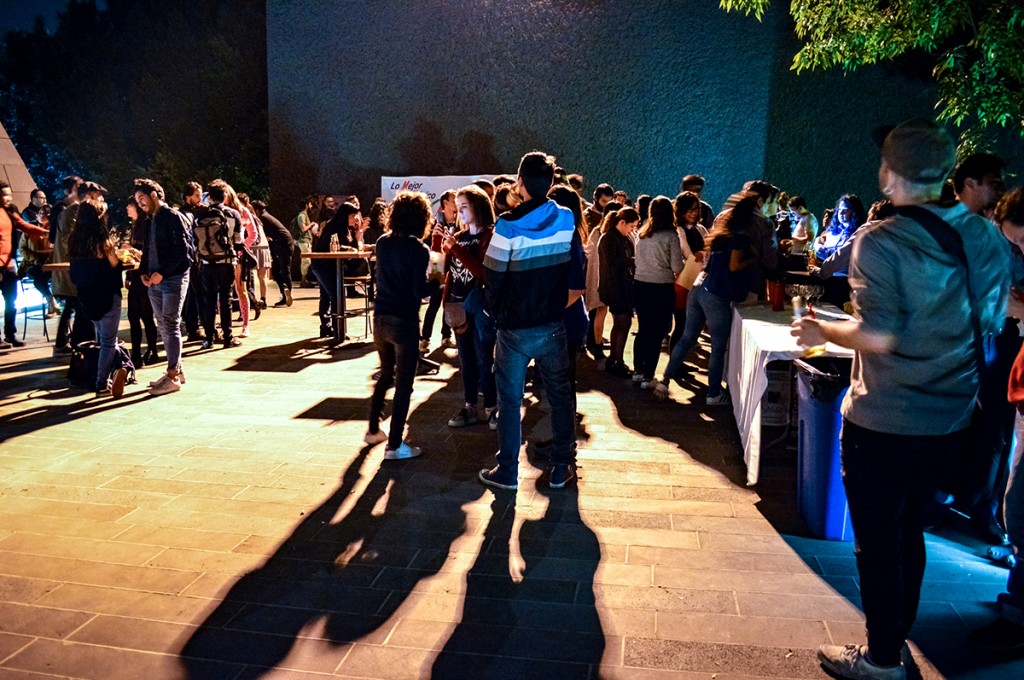 The gallery of the Cineteca Nacional started participating in the after-hours event Noche de Museos last March. April’s extended hours activities included a Stanley Kubrick exhibition, where visitors took part in a guided tour and enjoyed a concert on the gallery’s terrace.

The Gallery of the Cineteca Nacional opened its doors in 2015 and hosts temporary exhibitions related to the world of cinema. During the short time that they have been part of the Noche de Museos, they have extended the exhibition hours and now also offer guided tours.

“Upon exiting the gallery, we have an integral activity with the exhibition on the terrace where you can have a beer, a glass of wine or eat popcorn while enjoying a musical activity that will change every month,” says Calafia Martínez, who is in charge of the museum’s communications.

Although the exhibition offered by the Cineteca Nacional gallery comes to a close at the end of July, four of the movie theaters that form part of the venue will continue to offer small free exhibitions to the public. The exhibitions are related to the films that are currently being screened, and the gallery says that they will look for options that allow them to offer monthly activities as part of the Noche de Museos.

“It is a very beautiful and positive activity for all the cultural venues that are part of the Noche de Museos,” Martínez says.

The Noche de Museos activities are held from 6 p.m. to 10 p.m. on the last Wednesday of the month and are mostly free or discounted.

During December, some museums do not participate in the Noche de Museos due to the end of year holidays.

Enjoy Noche de Museos
The schedule for each month can be found online at: http://data.cultura.cdmx.gob.mx/nochedemuseos/