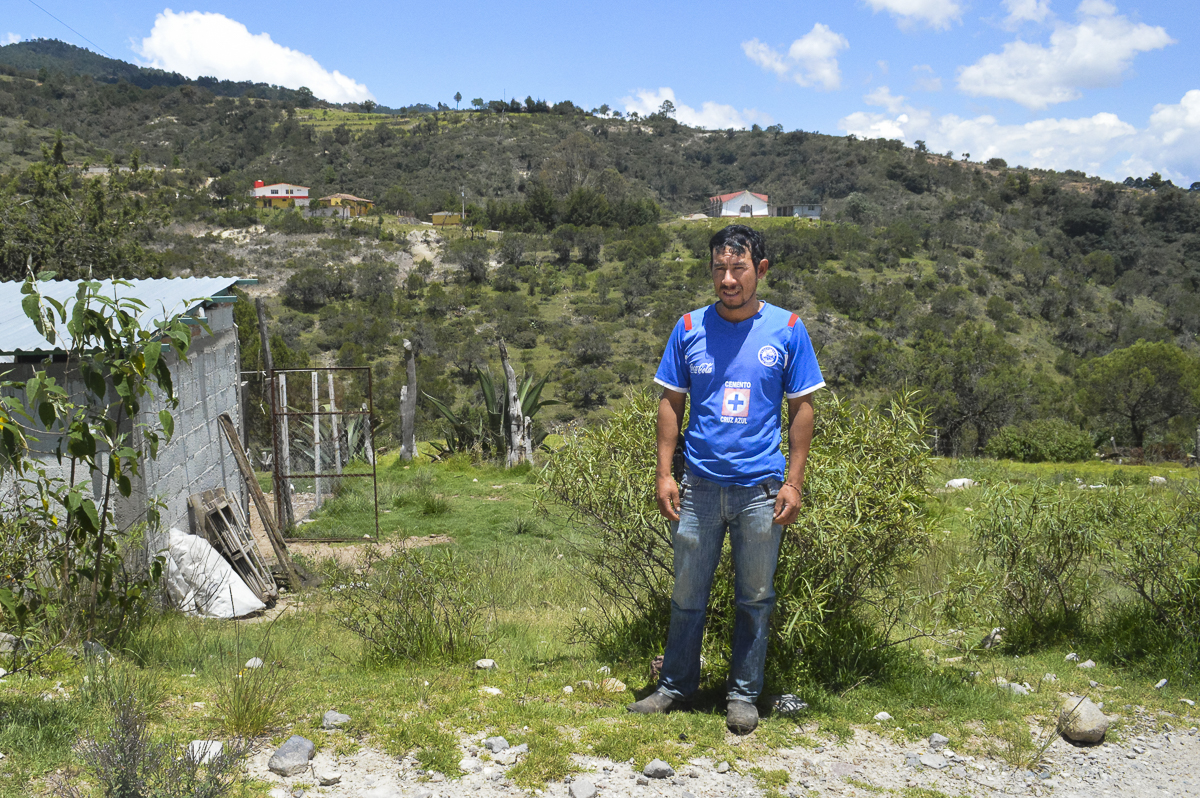 SANTA MARÍA ZOTOLTEPEC, MEXICO — Many of the buildings and churches in this town in Puebla, a state in central Mexico, are painted yellow and orange.

These are the colors of paint that Almaden Minerals, an extractive company planning the Ixtaca gold and silver mining project in Santa María Zotoltepec, donated to local people in an effort to win their support. The mining company’s building is painted in the same hues.

When a mining company wants to excavate in an area, they go to great lengths to win residents’ approval, including giving gifts and organizing youth programs, says Filemón Carmona Cruz, a community inspector who is tasked by his community to oversee local projects and manage local development and finances.

“They would offer us paint and a [soccer] field in exchange for us granting the permissions,” Carmona says.

But the community made it clear to Almaden Minerals, which has been performing geologic research in the area to determine its extractive potential for the past 15 years, that their favor can’t be bought, and that they believe the government shouldn’t give permission for a mining company to drill on private land, he says.

It’s common for mining companies to ply communities with gifts, says Silvia Villaseñor, a member of the Instituto Mexicano para el Desarrollo Comunitario, an institute that supports communities in defending their territory, such as in Ixtacamaxtitlán, the municipality that houses Santa María Zotoltepec.

“[If the company buys an] ultrasound machine for a health center,” Villaseñor says, for example, “they then have a lot of influence on the doctors and nurses, who become promoters [of the mining company].” 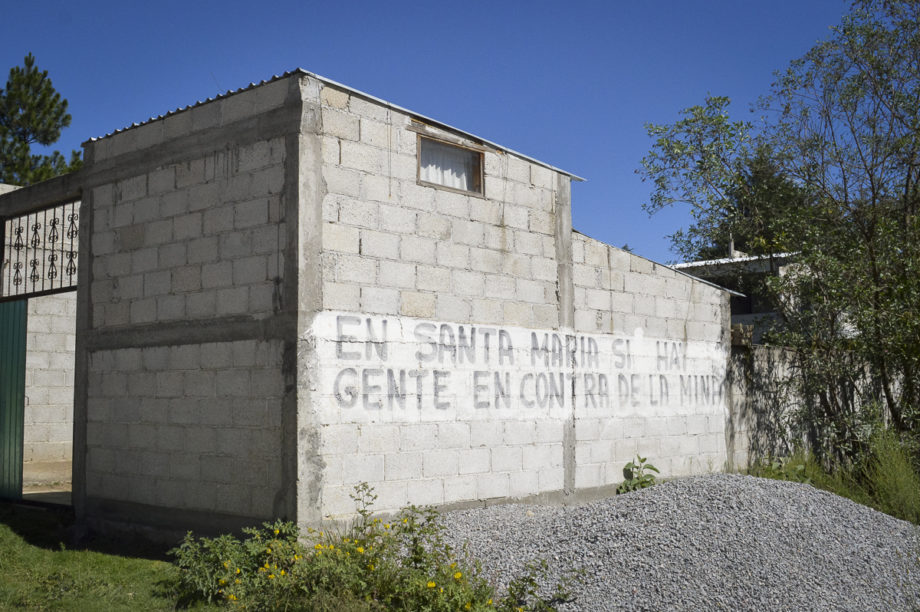 In Ixtacamaxtitlán, opposition to the mining company can be seen on buildings, such as this one that says, “In Santa María, yes, there are people against the mine.”

“It’s mostly outsiders who oppose it,” Uzcanga says. “We are respectful; we know that each person has the right to take the position they want.”

But Carmona says the reality is different.

If the mining company begins to drill into the earth, tensions would be high and there could be violence, Carmona says. Local people will defend their land, he says.

Residents in Santa María Zotoltepec are not the only ones to have been wooed by mining companies.

In Xochipala, a town in the southern state of Guerrero, Canada-based company Goldcorp promised in 2006 to donate construction materials for a school and library in exchange for the community’s consent to excavation, according to a 2009 report published by the Centro de Investigaciones en Geografía Ambiental (CIGA) and Escuela Nacional de Antropología e Historia, two Mexican academic institutes.

That same company started jobs programs and auto financing programs in Carrizalillo, another Guerrero city, in exchange for being able to continue a mining project.

In some cases, the gifts cause dissension in communities, especially when the promised goods aren’t fully delivered.

In 2003 and 2009, the Mexican government granted Almaden Minerals two concessions to to search for gold and silver across 14,229.55 hectares (35,161.98 acres) of the Sierra Norte, a mountain range that covers 68 municipalities in the state.

Since then, there has been a division in this community, among families who approve of mining activity in their hometown and those who oppose it.

According to Almaden Minerals’ website, the company has helped with local construction and improvement projects, including work on a school, public bathrooms, a community hall, a local church and a hospital.

But residents of Ixtacamaxtitlán, the local town, say the company has only contributed half the cost to build a meeting room in the elementary school and half the cost of a health center.

G.M., who lives in Santa María Zotoltepec, says the company donated an ultrasound machine to a health center.

G.M., who asks that only her initials be used for fear of reprisals, attends a program where the government provides participants medical and education support in health and nutrition. The center’s nurses forced her and other patients to attend an event to thank the company, she says. Otherwise, their place in the program would be threatened.

“If we don’t do as [the nurses] say, they mark us absent, and by the third absence, they dismiss us,” G.M. says.

The company organizes summer courses and reading workshops for children during school breaks, but resident Régulo Muñoz Leal believes those are used to convince children that the mining projects help the community and don’t damage the environment.

Muñoz, 45, says he didn’t allow his son to attend the reading workshop, despite his son’s insistence, because he’s suspicious of the workshop’s goal.

“They give them a small talk and then buy them sweets, so they have the children excited,” Muñoz says.

There’s at least one benefit to having a mining company in the area, says Antonio López, 75, a resident of Ixtacamaxtitlán. A farmer or field worker might earn 500 Mexican pesos ($25.27) a week performing backbreaking labor, but a miner could earn double that, he says. Still, López views the company’s outreach efforts with suspicion.

“So that we will also soften our hearts and say, ‘They are good people,’” he says. “But behind that they will gain a lot.”