Skip to main content
The story you are reading was published on Wednesday June 8, 2016. To read more recent stories click here. 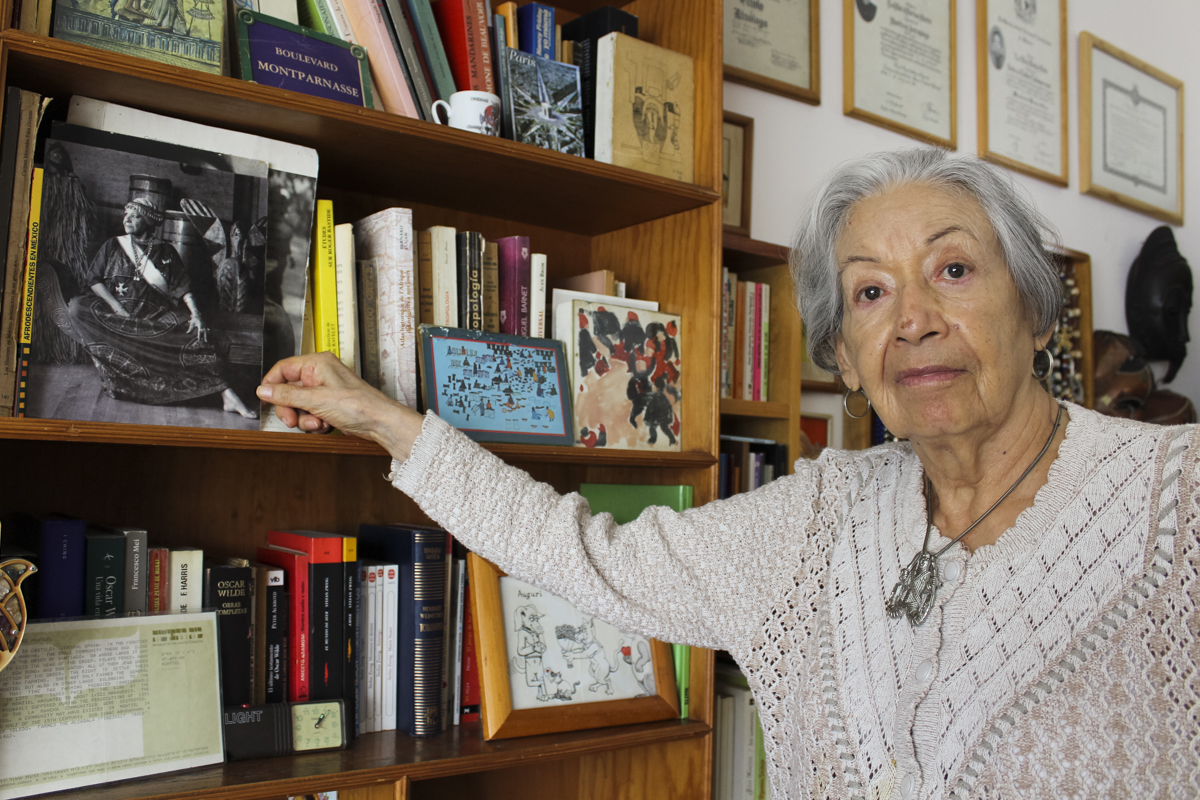 CUERNAVACA, MEXICO ─ People of black African descent are a significant minority group in Mexico, but some Mexicans say their society refuses to acknowledge that fact.

“It is latent racism. Nobody wants to be the descendant of black [people],” Luz María Martínez Montiel says from her home in Cuernavaca, the capital of Morelos state in central Mexico.

Martínez Montiel says this was confirmed for her at an early age. When she was 9, she went to live with her paternal grandparents in Veracruz, a state on the country’s east coast. Even though there were people in her family who were dark-skinned, they didn’t identify as descendants of Africans, she says.

“The black [person was] always the other,” says Martínez Montiel, now 80 years old.

Afro-descendants are defined as people whose ancestors were enslaved Africans who integrated into the places where they were transported, or to where they escaped, according to the Consejo Nacional para Prevenir la Discriminación, CONAPRED, the national council in charge of promoting policies for equality and inclusion.

Many Chiapas researchers focus on researching recognized cultural references, [such as] the indigenous, forgetting the Afro-Mestizos who are also here.Benjamín Lorenzana Cruz, a historian in Tuxtla Gutiérrez, the capital of Chiapas state, says many academics aren’t interested in focusing on Afro-descendants or mixed-race people. Through his research, he hopes to show people that Mexico owes a great debt to Mexico’s Afro-descendant population

Between 1576 and 1650, 200,000 to 250,000 Africans were brought as slaves to what is now Mexico, according to a 2012 book on the subject published by CONAPRED and the Instituto Nacional de Antropología e Historia, the national anthropology and history institute. Other Africans came from the Caribbean and elsewhere in the Americas, according to the book.

But after Mexico’s independence, the racial mix that resulted from procreation between indigenous people and the Spanish was more recognized, while contributions of people with African ancestry are far less recognized, according to the book.

CONAPRED argues that the cultural, economic and social contributions of Africans and their descendants in Mexico have gone unappreciated.

It wasn’t until a few months ago that there was even a clear understanding of how many Afro-descendants there are in the country.

The survey determined that number by asking responders if they identified as “Black,” which the survey stated meant “Afro-Mexicans” or “Afro-descendants.”

They think they are weird indigenous [people] for the skin color, the hair, but they don’t identify as Afro-descendants,.Tanya Duarte, of Afrodescendencia México, in Chiapas

The concept of “Black” was included because it is the term that the population uses most to describe themselves, said director of conceptual design Roberto Jesús Ruiz Ramírez, during a video interview from INEGI headquarters in the state of Aguascalientes. Many respondents were not aware of how to identify an Afro-descendant.

“Some think that we are referring to people from another country,” he says.

That question was not based on racial aspects like skin color, Ruiz Ramírez says, but rather on self-recognition, culture and history.

This question was included in the survey in part because Afro-descendant organizations and researchers demanded that black Mexicans be included in national statistics for the first time in the country’s history, he says.

The inclusion of Afro-descendants in an official statistic makes the population visible, says Ruiz Ramírez, and this provides the government with an entry point into learning how the population lives in Mexico.

Martínez Montiel, a specialist in African culture, has promoted the recognition of Afro-descendant culture in Mexico and other parts of Latin America through teaching classes on Africa and Afro-America, writing books about the contributions of African culture and coordinating “Afroamérica. La Tercera Raíz,” a project dedicated to the research of Afro-descendants in Mexico and Latin America.

Afro-descendants need to know their history, she says.

“We, the academics, have the obligation to give them their history before anything,” she says, “[so] that they know where they come from, not just romantically by the skin color.” 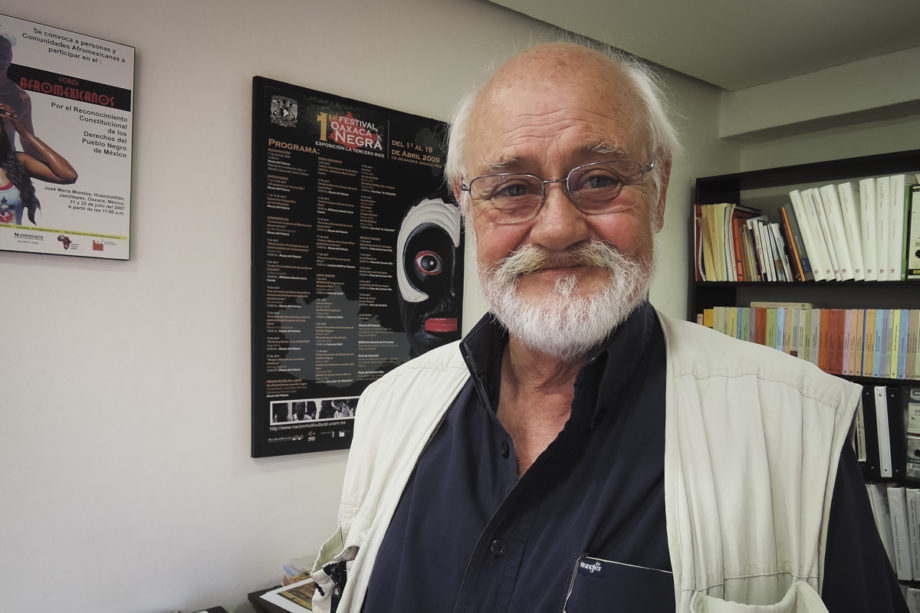 “They were visible while they were [a] workforce,” he says. “Since they were liberated, they don’t exist.”

When a group isn’t visible, it has limited access to education, good jobs and the public infrastructure, he says.

Rodríguez, a 70-year-old native of Argentina who has lived in Mexico since 1976, is the coordinator of the Oaxaca office of the Programa Universitario de Estudios de la Diversidad Cultural y la Interculturalidad, a program of the Universidad Nacional Autónoma de México (National Autonomous University of Mexico) that studies cultural diversity in the country. This program in southern Mexico puts together academic and cultural activities in pursuit of the recognition of the country’s black population.

One of the program’s projects was to develop a pilot survey done in May and June of 2011 in 22 places in Oaxaca’s Costa Chica region. More than 1,500 people were surveyed about discrimination, culture, health and self-identification, among other topics.

Rodríguez says that one of the survey’s principal findings was that Afro-descendants identify themselves using terms including “moreno,” “mascogos,” and “jarochos de la cuenca.” They don’t always use the term “Black,” he says.

Because of this, the INEGI survey might not be accurate, Rodríguez says.

Even so, he says, getting Afro-descendants into official statistics is a first step in recognizing cultural diversity.

“If a people don’t exist for INEGI, they don’t count financially,” he says.

Among the cultural activities Rodríguez promotes is the Festival Oaxaca Negra. The festival includes debates, films, conferences, a photo gallery, book presentations, music and dance related to the black population.

The goal is to help Afro-descendant communities learn about one another and to help all of Mexican society learn about and recognize this group, Rodríguez says.

“The existence of this openness will mean rethinking the country’s social composition,” he says. 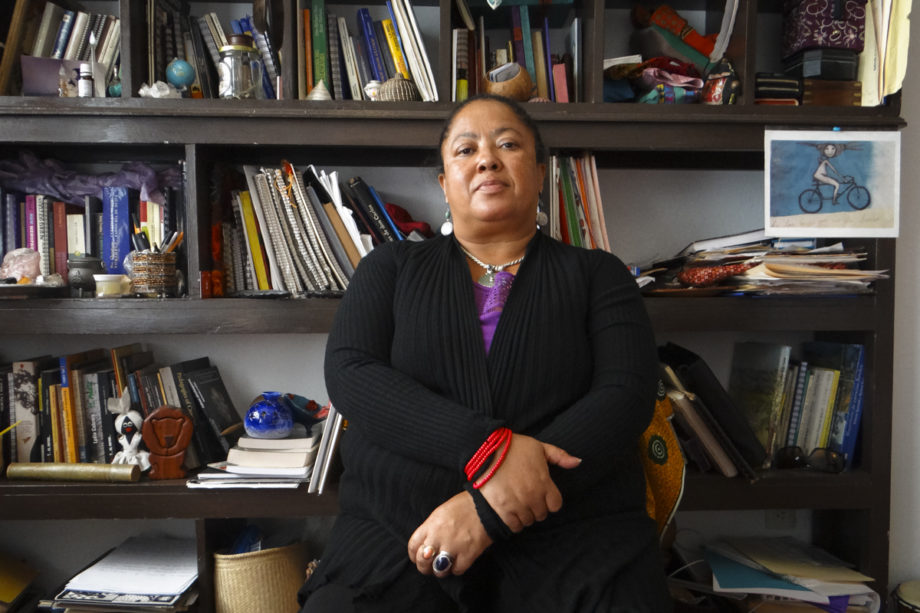 Tanya Duarte, pictured in the office of her organization Afrodescendencia México, in Chiapas, Mexico’s southernmost state, gathers Afro-descendants together for academic, cultural and artistic meetings. She says she hopes to gain more recognition for the group in Mexico.

SAN CRISTÓBAL DE LAS CASAS, MEXICO ─ Many Mexicans who have African heritage, or Afro-Mexicans in Chiapas, Mexico’s most southern state, don’t know about their ancestry, says Tanya Duarte, a psychologist and the founder of the social organization Afrodescendencia México.

“They think they are weird indigenous [people] for the skin color, the hair, but they don’t identify as Afro-descendants,” she says.

When Duarte sees someone who appears to have African heritage, she asks them if that’s the case. But most people, she says, don’t have a good answer to the question.

“They stay quiet, pensive and in the end they are shy, [because] there are few who recognize it,” she says. “The majority hide it and reject it.”

There’s a strong lack of visibility, even among Afro-Mexicans, she says.

“The Afros, we don’t exist, neither socially nor legally,” she says.

It is latent racism. Nobody wants to be the descendant of black [people].Luz María Martínez Montiel, afro-descendant

Duarte considers herself to be an Afro-descendant. Because of her skin and hair color, she says, no one believes she is Mexican. She says she has to travel with various identification documents, including her birth certificate and passport. Officials often doubt the legitimacy of her documents, she says, and in a few cases she’s run the risk of being deported.

Because of the constant questioning she received, Duarte became an activist for Afro-descendants out of Chiapas. Now, she gathers Afro-descendants together for academic, cultural and artistic meetings in the city of San Cristóbal de Las Casas.

TUXTLA GUTIÉRREZ, MEXICO ─ It’s a lonely job to research Mexico’s black population, says Benjamín Lorenzana Cruz, a historian in Tuxtla Gutiérrez, the capital of Chiapas. His work focuses on the demographic group that results from mixing Afro-descendants and mestizos, the latter of which in Mexico is generally considered to comprise people with both Spanish and indigenous ancestry. He refers to this group as Afro-Mestizos, he says.

“Many Chiapas researchers focus on researching recognized cultural references, [such as] the indigenous, forgetting the Afro-Mestizos who are also here,” he says.

Academics aren’t interested in focusing on Afro-descendants or mixed-race people, he says.

Lorenzana says that when he began to study the history of Afro-descendants in Chiapas, the first step he had to take was to recognize his own African origins.

“I come from the coast of Chiapas, and in this region there is a high Afro-descendant population index, but we don’t recognize this root,” he says. “We forget it, we reject it, and, if we can, we hide it.”

“Youth and children should be worked with, educational programs should be included in schools [to teach] the existence of a third origin, in our history, in culture, in daily life,” he says.