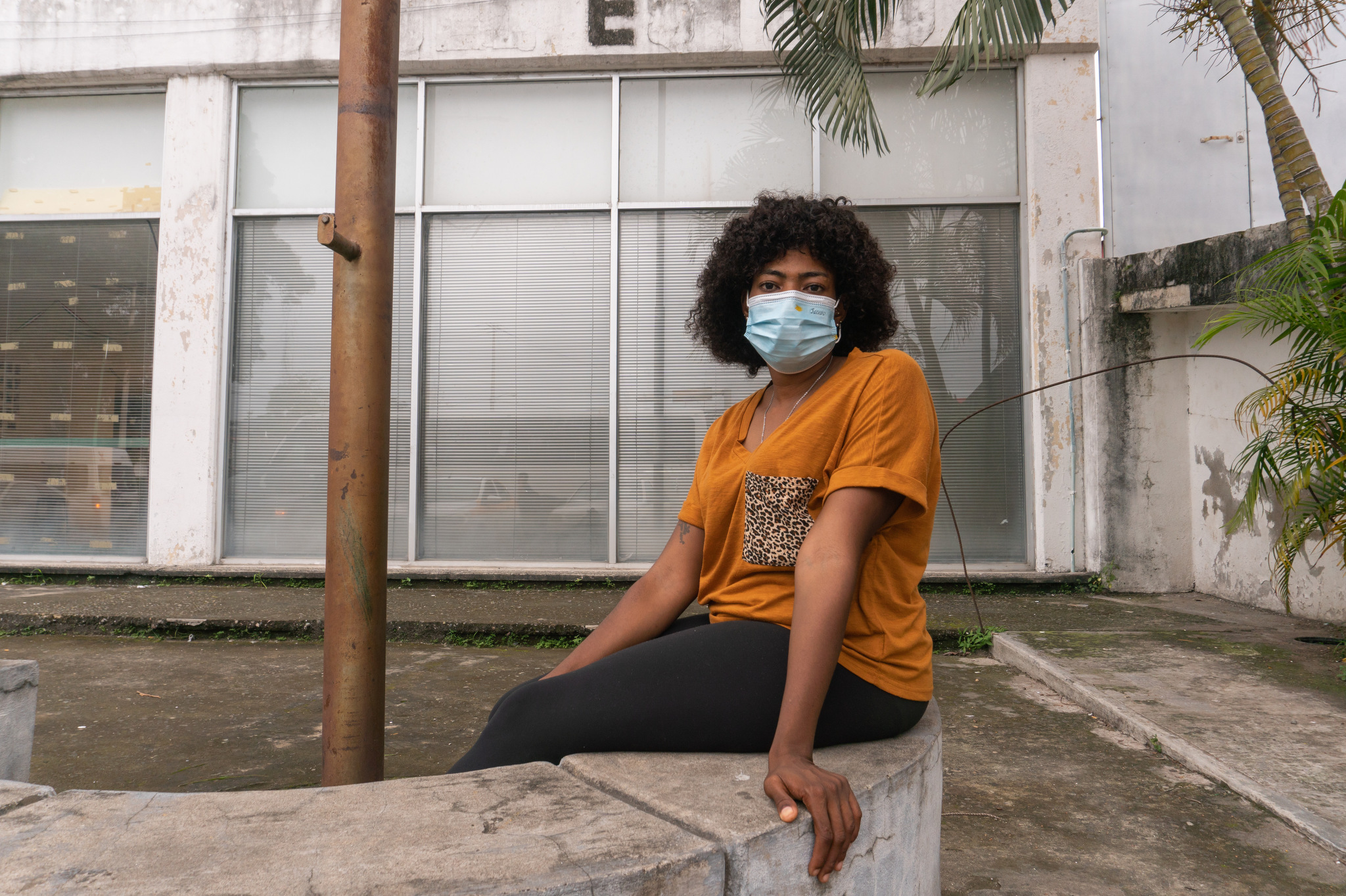 TAPACHULA, MEXICO — Fernanda sits on a bench while her 2-year-old daughter plays nearby. They live in a rented room in Tapachula, in the state of Chiapas, Mexico, in a house with more than 20 people. Most of them, like Fernanda, are from Haiti. “The end of the world is beginning over there in Haiti,” she says.

Fernanda was a student when she left Haiti in 2007. She traveled to the Dominican Republic, then Chile, where she struggled to find work. She moved on to Mexico.

She is one of nearly 52,000 migrants from Haiti who has fled the country and filed refugee applications in Mexico last year, an almost 800% increase from 2020. The country has long been a place of origin, transit and destination for people who hope to make it to the United States. Fernanda just dreams of getting the paperwork she needs to secure a job in Mexico and support her daughter. She has no plans to go home to Haiti, a country she says is too dangerous.

“I’d rather die than go back there. I have no family, I have no home, I have nothing,” says Fernanda, who, like the other women interviewed, didn’t want her last name used for fear of retribution. “There is no work there, no education. The only thing you see there is a 10-year-old boy with a pistol in his hand. There are families who have their own relatives kidnapped.”

Fernanda stopped in Tapachula to be near the Haitian consulate and the United Nations High Commissioner for Refugees office. In this southeastern city, many migrants wait for the refugee or asylum papers that will allow them to work or move on.

“I don’t have a family that can send me money to pay for a house, to buy food; I have to work,” says Fernanda, a single mother, whose own mother died in Haiti’s 2010 earthquake. She’s waiting on paperwork to legally start a job. “The only family I have is my daughter, which is why I came here to Mexico, to find a better life for her.”

Fernanda needs refugee status before she can move to Mexico City, where she believes she will have a better chance of finding work. But for now, she and her daughter have to rely on the kindness of others to provide food and cover expenses.

She arrived in Tapachula in August but still hasn’t received a reply to her asylum application, a process that should take 55 days. Andrés Alfonso Ramírez Silva, general coordinator of the Mexican Commission for Refugee Assistance, says the number of people who requested refugee status in 2021 was the highest ever recorded, with Haitians making up the largest proportion of applicants. Despite an increase in personnel and introducing procedures to shorten the process, staff cannot keep up with the surge in applications, he says. 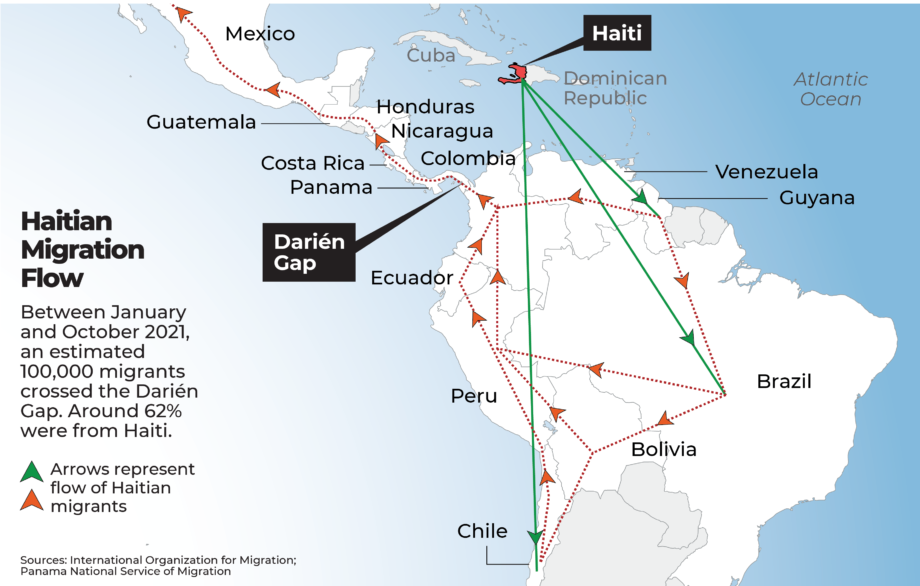 Fernanda traversed many countries to get to Mexico, traveling through Chile, Peru, Ecuador, Colombia and then entering Panama by way of the Darién Gap, an expanse of jungle and the only overland route between Central and South America.

“It’s the toughest thing I’ve ever experienced in my life because that jungle, to cross it, only God can get you out,” Fernanda says. “They rape girls, they rob you and take all your food and money. I went through five days of walking without food or water.”

Between January and October 2021, an estimated 100,000 migrants braved the Darién Gap. Around 62% of them were from Haiti. The dense jungle and mountainous terrain make the area a haven for criminal gangs — and one of the most dangerous routes in the world. Women and children are among the most vulnerable.

“Traveling as a woman is very different from doing so as a man, particularly if you are traveling with children,” says Karla Jiménez Montoya, of CoLibres, a Chiapas-based collective of women that fights for mobility rights for migrant women and families. “The crossing is always very violent in general, but the rates of sexual violence against women who are migrating are much higher.”

Many are forced back. Claire left Haiti four years ago and made the journey to the U.S., where authorities deported her. Now, she’s back in Haiti.

“I had to prostitute myself to be able to pay for all the different transportation [to get to the U.S.] because someone stole my money,” she says. “I have experienced things that I would not like any Haitian woman to experience.” 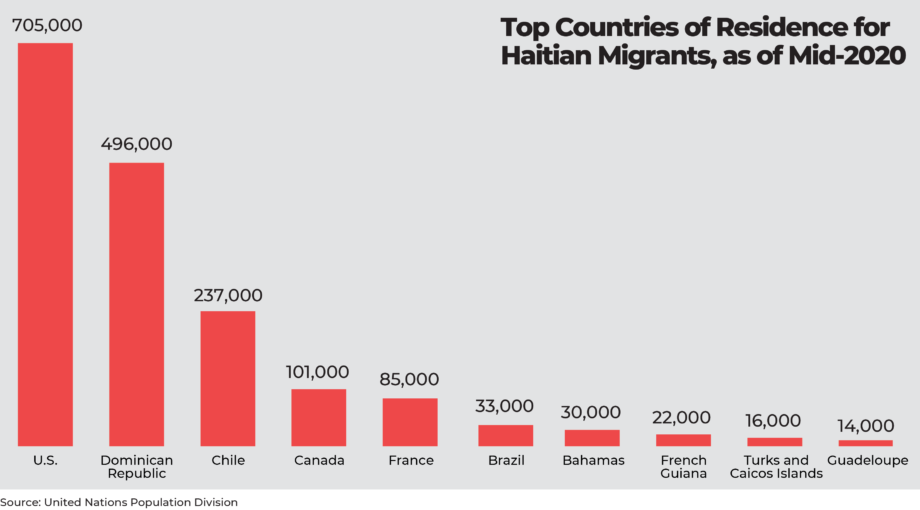 The political situation in Haiti has been one of constant crisis: the assassination of the president; natural disasters; outbreaks of gang violence; and an unemployment rate of 14.5% in 2020, with an even higher rate for women — 16.25% — recorded in 2019, according to the World Bank.

The Jesuit Refugee Service in Tapachula offers legal and mental health services as well as outreach services to ensure migrants know the procedures to obtain the correct paperwork. Its director, Karen Vanessa Pérez Martínez, says Haitian women are doing all they can to survive.

“It’s pretty chaotic for the Haitian women due to everything they have to overcome, due to the xenophobia that exists,” she says. “The women who have come to Tapachula are very hardworking women. They are selling water, empanadas and clothing, and they’re looking for ways to continue surviving.”

Pierre-Marc René, a spokesman for the U.N. refugee agency in Mexico, acknowledges that Haitian migrants shouldn’t return to Haiti because of the political situation and stresses the immediate need for a “migration alternative.”

The organization plans to expand its local integration project to help more refugees gain employment, with the goal of gaining nationality and their own home within four years. Set up in 2016, the program has so far helped 6,000 refugees in Mexico relocate to areas with a higher demand for workers as well as greater access to housing, health and education.

Staff anticipate a “complex year” with the increase of migrants, especially families and single mothers fleeing domestic violence, which worsened due to the pandemic, René says.

The Haitian consulate in Tapachula didn’t respond to repeated requests for comment on what it is doing to help Haitian migrants in the area. 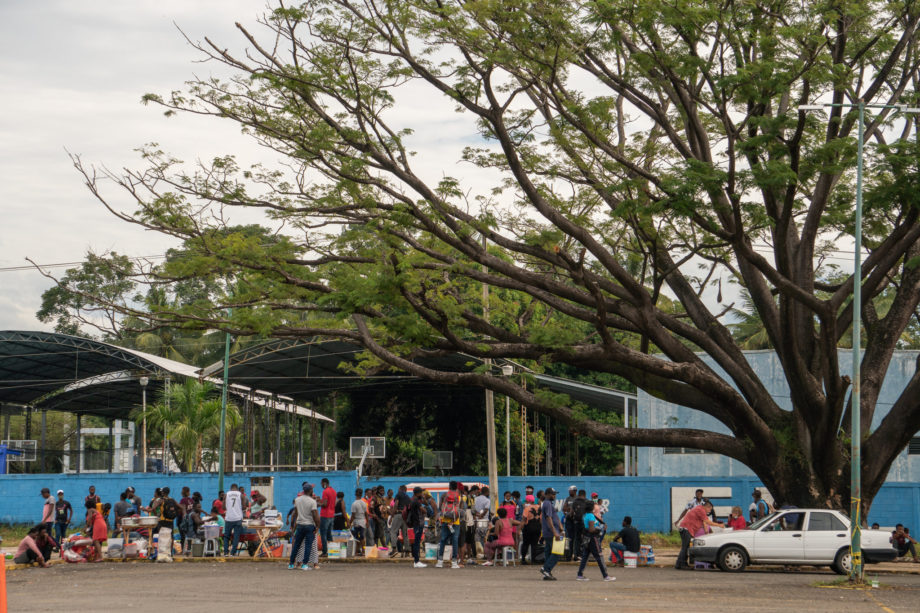 The Mexican Commission for Refugee Assistance processes applications at the Olympic Stadium in Tapachula.

Jeanne, 31, who left Haiti seven years ago, had to sell everything she owned to flee. “I never thought I would travel through nine countries,” she says. “Three months of travel that will be recorded in my memory. A difficult journey. We saw dead bodies. We crossed the Darién. We almost died, and all of it for nothing.”

She made it to the U.S., but authorities recently sent her back to Haiti.

“I don’t know what’s waiting for me here or what I will do,” she says. “Things didn’t use to be so degrading.”