Skip to main content
The story you are reading was published on Friday July 3, 2015. To read more recent stories click here. 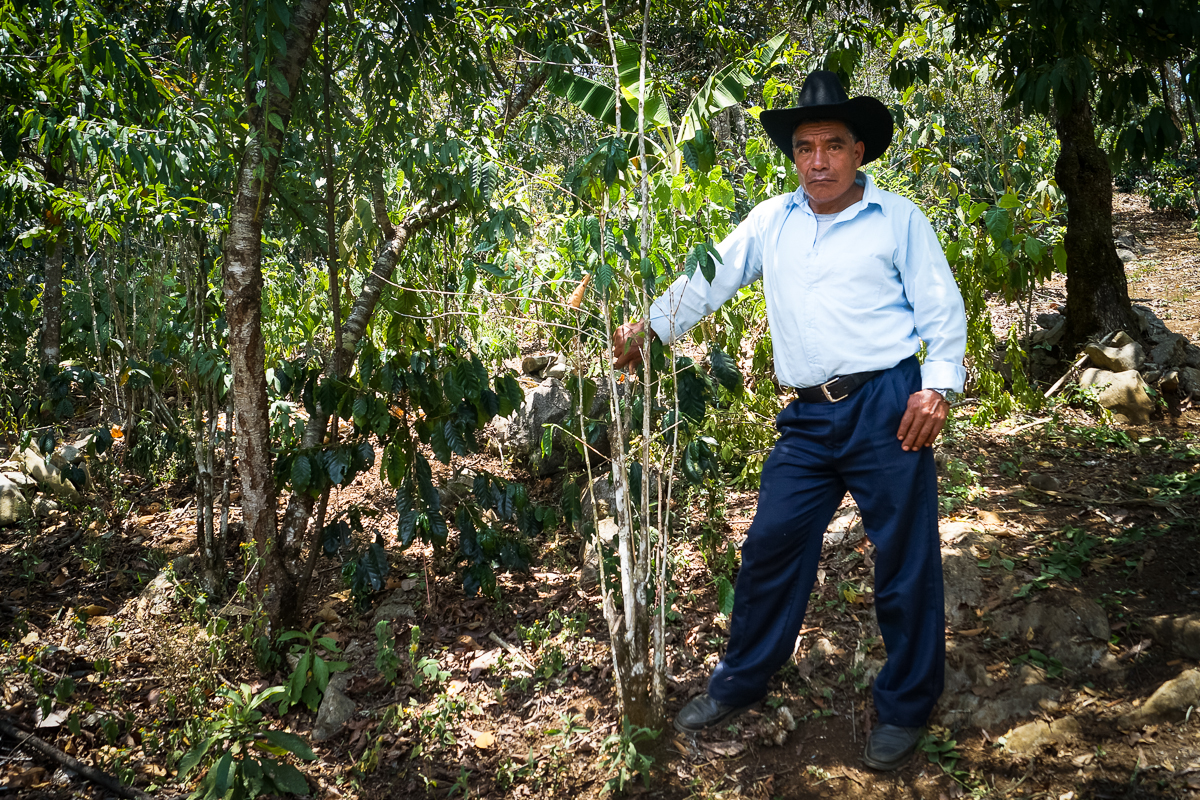 REGIÓN V ALTOS TSOTSIL TSELTAL, MEXICO — Touching leaves of his coffee plants with his dark hands, Marcelino Santis explains that a rust fungus has spread through his crop with unusual strength.

“Now the plague is stronger, tougher; it won’t give in,” says Santis, 60, who farms a plantation in the southern Mexican state of Chiapas. “And, it is infecting other coffee seedlings little by little.”

On the recommendation of his neighbors, Santis has increased the dosage of agrochemicals he applies to his coffee plants to avoid losing a great part of his crop, which he will harvest between November and February 2016.

The chemicals are hurting his health.

“I put a handkerchief on my face, on my nose,” Santis says. “It’s that (the agrochemical) is very strong. Sometimes one feels dizzy, or wants to throw up.”

Santis is one of many indigenous coffee growers in the area putting their health at risk in an all-out battle to save their crops.

Now the plague is stronger, tougher; it won’t give in. And, it is infecting other coffee seedlings little by little. Marcelino Santis, coffee grower

The intensity of the 2015 rust plague has spurred many organic coffee growers in the region to adopt conventional agricultural techniques. Those who were already using agrochemicals are increasing the dosage. All are desperate to save their harvests – their primary or sole source of income.

Their health suffers because they are applying these massive doses without the necessary equipment and training.

Sixty-eight percent of the more than 600,000 inhabitants of Región V Altos Tsotsil Tseltal, popularly known as Los Altos, is indigenous, and 88 percent of the region’s population is poor, defined as having per capita income below 1,677 pesos ($109) a month, according to the Regional Development Program 2013-2018 report.

Thousands of indigenous farmers grow coffee here. The crop is raised on more than 20,000 hectares (49,421 acres) of Los Altos, according to 2013 data from the Ministry of Agriculture, Livestock, Rural Development, Fisheries and Food.

The area produces more than 55,500 tons of coffee per year.

The coffee rust plaguing these plantations is caused by the Hemileia vastatrix fungus. Considered the most devastating coffee fungus, it weakens the plant, causes premature leaf fall and can be lethal, according to the ministry.

The fungus has afflicted coffee plants in the region since 1981, but it became especially strong this year, says Leopoldo Gómez, head of the Directorate of Productive Projects of the Chiapas Ministry for the Sustainable Development of Indigenous Peoples.

Santis fears coffee rust will cut his yield in half. If that happens, he doesn’t know how he will support his family.

Santis also grows corn, and he says his corn harvest will help him cover his family’s food costs. But without an average coffee harvest, he doesn’t know how he will meet his family’s other expenses, such as medicine and clothing.

“The fungus has always affected our coffee plantations, but it was only one or two plants per year,” he says. “Coffee rust is beating us.”

Most coffee growers in the region fight the fungus with copper oxychloride-based agrochemicals, Gómez, Santis and López say.

Farmers do have a natural alternative: They can battle the fungus by applying mineral broths – mixtures of water with calcium hydroxide – to their plants. But most growers prefer faster-acting copper-based agrochemicals, Gómez says.

The fungus has always affected our coffee plantations, but it was only one or two plants per year. Coffee rust is beating us.Armando López, coffee grower

López says he began using agrochemicals because the organic methods he used to practice – including pruning, taking care of the soil and severing the root – were no longer sufficient to preserve plants.

“We cannot keep losing our coffee plantations,” he says.

The careless application of megadoses of agrochemicals is harming farmers’ health, says Ramón Mariaca, researcher at the College of the Southern Border, a publicly funded scientific research center that supports sustainable development.

“We have discovered that when a product stops having an effect, people double the dosage,” he says. “Or, they mix products that are oftentimes the same but of different brands.”

Applying more than the recommended dose is actually counterproductive, Mariaca says. At high doses, the chemicals themselves can kill coffee plants.

Furthermore, he says, farmers breathe in the chemicals and absorb them through their skin when they fail to take proper precautions, such as wearing masks and gloves.

Santis and López say they do not wear gloves or masks when applying agrochemicals because they believe they are not necessary. They simply cover their eyes and hands with handkerchiefs.

Between April and March, Cruz treated 15 men for severe headaches and dizziness after they had applied agrochemicals. Farmers did not report such symptoms before March of this year, she says.

Santis says he goes to see a doctor whenever he has a serious medical problem, but he does not think the discomfort he now feels warrants medical care.

López believes he has to give his body time to adapt to the chemicals.

“The body will get used to it,” he says. “I only feel more tired than before every time I use these chemicals.”

The application of agrochemicals does not affect the health of coffee consumers, Mariaca says.

These fungicides are applied to coffee leaves before the plants fruit, between July and September. The fruit, which contains the beans that are roasted and ground, is not exposed to fungicide, he says.

To protect growers’ health, the government should provide training in the use of agrochemicals and distribute masks, gloves and protective clothing, Mariaca says. Currently it does neither.

The Directorate of Productive Projects of the Ministry for the Sustainable Development of Indigenous Peoples does present talks on organic methods of fighting coffee rust, Gómez says.

Mariaca advises farmers battling coffee rust with agrochemicals to carefully follow the dosing instructions on the packaging and to wear waterproof coverings.

López, however, follows the advice of fellow farmers, fumigating during the relative cool of dawn and setting aside a pair of pants and long-sleeved shirt to wear when applying agrochemicals.

López does not allow his wife and four children to come in contact with the liquids he uses.

Santis does not want his family around when he fumigates either. He does not allow his youngest, a 12-year-old son, to accompany him when he applies the fungicide. Like his neighbor López, he sprays in the morning and trusts that he’ll be all right as long as he can save his crop.