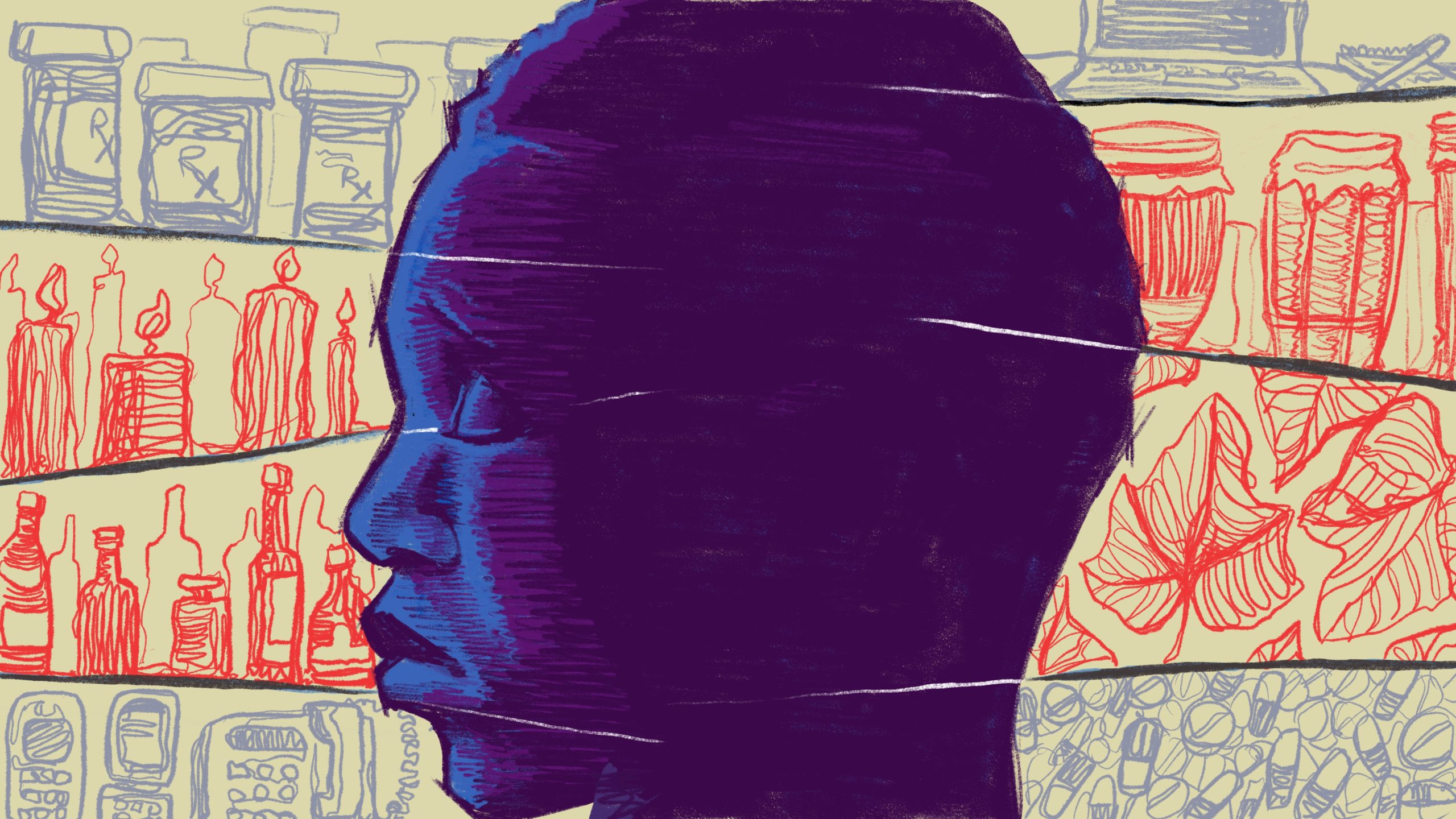 PORT-AU-PRINCE, HAITI — At exactly 12 p.m., the time when treatment rituals are performed, Moléus Jean enters the peristyle and begins bowing and tossing water from a white cup. He sits in a large chair and lights a candle. A Vodou priest for the past 20 years, he is dressed in a red robe symbolizing Erzulie Dantor — one of the main Vodou spirits, a mother protector for those who suffer oppression and abuse. A red handkerchief is tied around his left arm.

Red fabric covers a table laid with candles, a mirror and images of Dantor and other spirits. A basket and card deck sit on another small table. A pungent, sour smell — almost rotten — emanates from various plant- and water-based mixtures. The ritual is ready to begin.

Today, Jean’s visitors are Jores, a carpenter, and Jores’ adult son, who suffers from mental illness. Jores says he took his son to see a doctor, but his condition didn’t improve, so he now turns to the priest for help. He requests that he be identified only by his first name because he fears retribution from his Christian church for seeking the aid of a Vodou priest.

“He woke up like this one morning after a spell was cast on him,” Jores says to the priest. “I believe the spirits will help him regain his sanity.”

Mental health care is severely lacking in Haiti. In a country of around 11 million people, fewer than one psychologist or psychiatrist served every 100,000 Haitians in 2016, according to the World Health Organization. The country’s two public psychiatric hospitals are chronically understaffed and underfunded.

But the need for mental health services is high, with the 2010 earthquake, widespread violence and political unrest contributing to significant emotional distress among Haitians. A rough summer that saw the July assassination of the president, an August earthquake that killed more than 2,200 people, and the September deportation of thousands of Haitian migrants who had journeyed to the border between Mexico and the United States, is likely to exacerbate such issues.

Given the lack of access to care, some people turn to Vodou to deal with mental health issues. 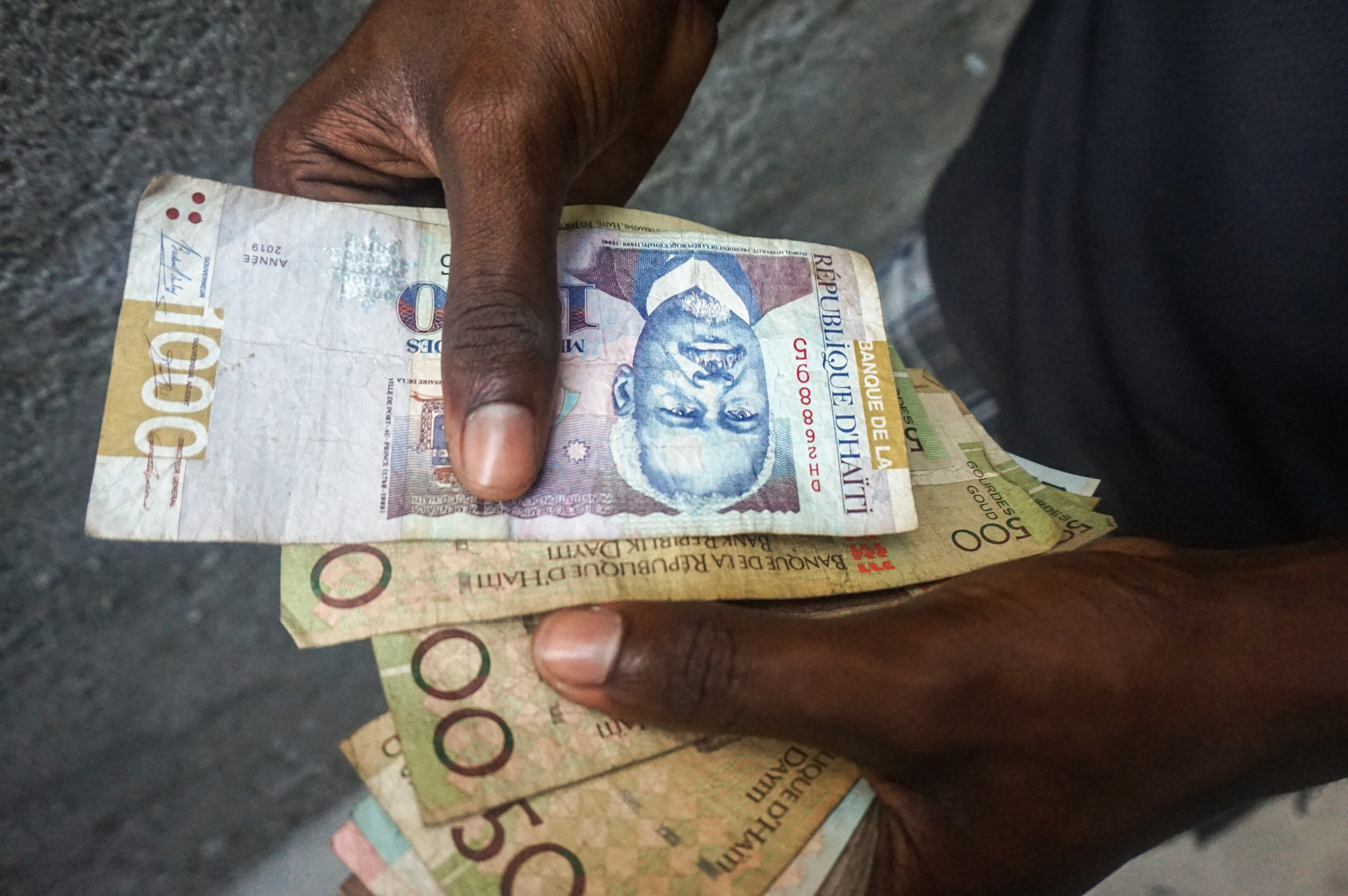 The Vodou religion runs deep in Haitian society. An outgrowth of the African slave trade, it features beliefs that stem from traditional African religions, including the powers of plants and spirits to cure disease. Haiti officially recognized Vodou as a religion in 2003, and about 50% to 80% of the population practices some form of Vodou, often mixed with elements of other religions, particularly Christianity.

Jacky Georges, an accountant, says when he was a child, his mother instilled in him the belief that mental illness can’t be treated with medicine, and he has not had positive experiences with medical doctors.

“When I was ill and suffering from a form of insanity, I was taken to hospital,” he says. “None of the sedatives and other drugs prescribed to me made me feel any better.”

After consulting with a Vodou priest, Georges says his condition improved. “I feel much better now, and I’m managing my own firm,” he says.

Augustin Saint Clou, the supreme chief of Haitian Vodou, says the religion can help people with a variety of problems, whether they are struggling with mental health issues or other ailments.

The key, he says, is determining the circumstances surrounding the onset of a person’s symptoms. “We believe that associating reality with past events is how we can treat people with mental illnesses,” he says.

Frantz Bernadin, a physician and public speaker, says psychiatric treatment would certainly be the most appropriate way for people to address mental illness. But he says that such treatment can often be a long and involved process, and psychiatric hospitals in Haiti don’t have the resources to care for large numbers of patients.

For many Haitians, Bernadin says, there also is a stigma associated with mental illness, and seeking psychiatric treatment can open people up to criticism from their neighbors, friends and family. Vodou’s long and rich history in Haitian culture leads many Haitians to trust priests more than doctors and scientists.

“They feel comfortable in this familiar atmosphere,” Bernadin says. And, he adds, their belief in the power of Vodou leads them to believe that it’s effective in treating mental health issues.

“Undoubtedly, an education campaign is needed to enable our compatriots to better appreciate our psychiatrists and psychologists,” he says. 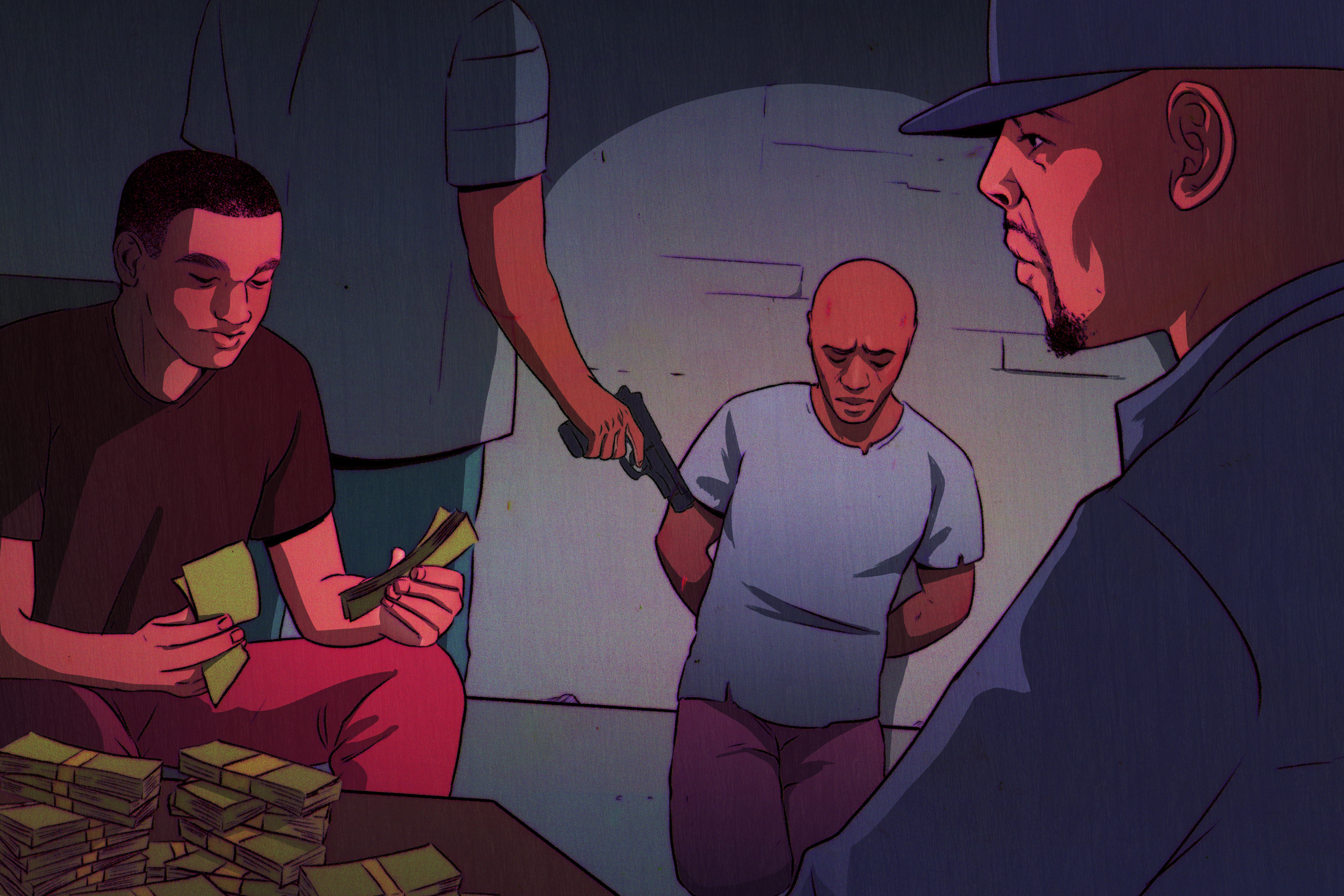 The government recognizes that there aren’t enough psychologists, social workers and other experts in the country to address the public’s mental health needs, says René Domersant Jr., the head of mental health at the Ministry of Public Health and Population.

“It is true that the means are precarious in Haiti,” he says. “We recognize that the care that is given to the mentally ill is not at a high standard. There is much to do to improve the care of mental health in Haiti.”

“We know that in Haiti, whatever the illness, there are people who consult the Vodou priests,” Domersant says. “It is a question of belief, because they believe that an illness is a spell.”

Experts have taken some steps to try and improve access to mental health treatment. In April 2020, the Emergency Psychotherapeutic Intervention Unit of Haiti, a group of Haitian mental health professionals, set up a phone line that offers free psychological support to the public, says Ronald Jean-Jacques, a psychologist and professor at the State University of Haiti who leads the unit.

The phone line connects callers with a team of psychologists. And if additional treatment is necessary, they can be referred to another specialist psychologist for one or two sessions. More than 2,000 people have taken advantage of the telephone support line, Jean-Jacques says.

To residents like Clotaire Jean Mary, the benefits of Vodou are clear and should be celebrated more openly. “I think there is an inferiority complex and fear toward Vodou, which is why the benefits it provides to people are not revealed,” she says.

“I have witnessed people with illnesses treated and healed by Vodou priests. Why shouldn’t we talk about Vodou and reveal how beneficial it is to the population?”