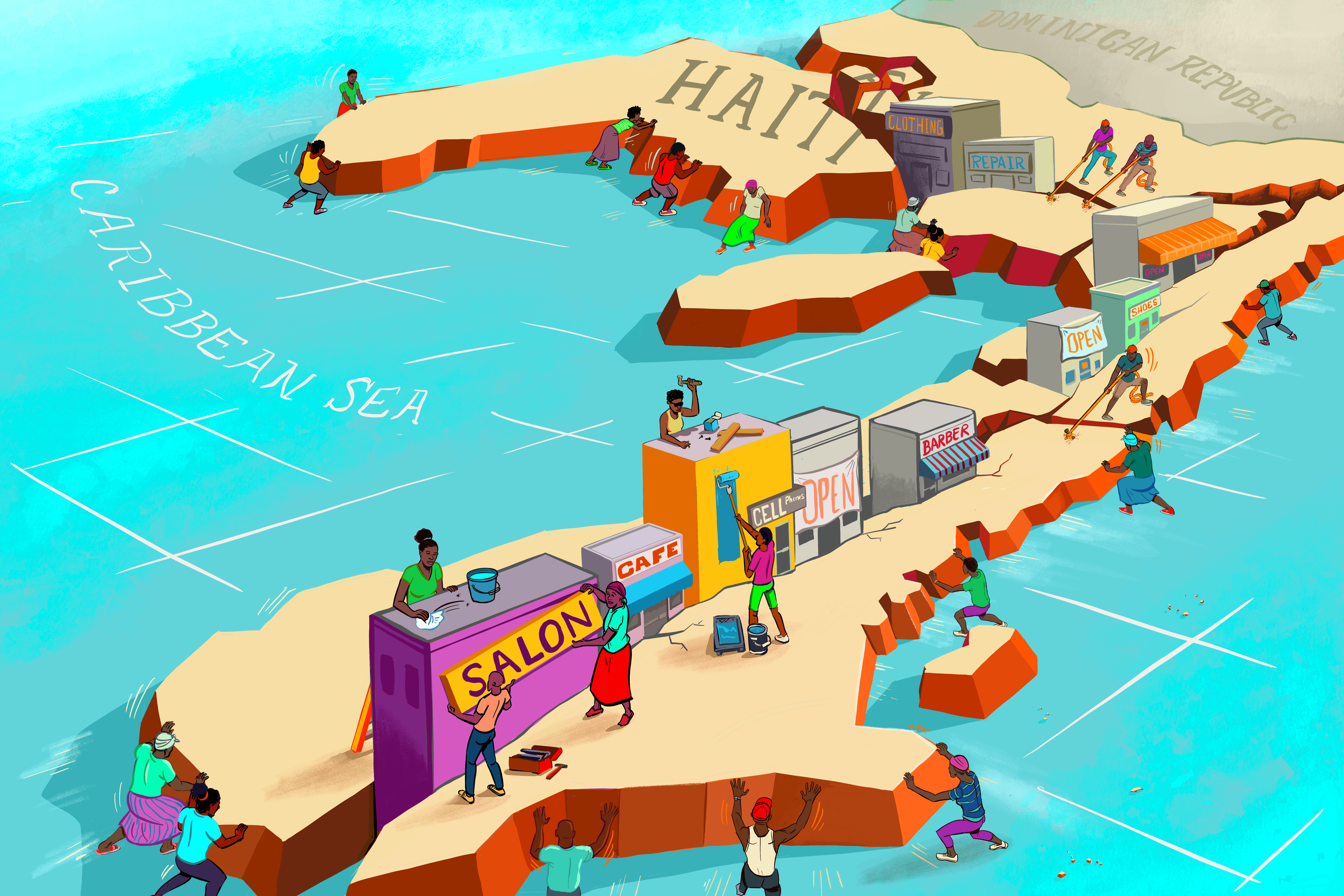 PORT-AU-PRINCE, HAITI — Mathilde Ménélas recalls the moment her parents sold a piece of their land and handed her the cash, telling her to leave the only country she’d ever known. The 26-year-old refused. Instead, she set up a beauty salon in Haiti’s busy capital of Port-au-Prince.

The trained esthetician understood her parents’ fear for her to remain in a country marred by the threat of kidnap, natural disasters, an unstable economy and rising unemployment. Ménélas says leaving her country was all she could think about.

“Before, it was like an obsession,” she says. “Listening to the news and seeing the situation around us, there was no other choice but to leave the country. Now, seeing my friends return, I had another idea: fight.”

The salon owner is one of a growing number of young Haitians who are going against fear-fueled family pressure to leave Haiti and instead staying and creating their own work opportunities.

Ménélas’ mind was made up after her neighbors’ son was deported back to Haiti two months after his parents gave him money to start a new life somewhere else. “Things went wrong, and he lost all his money,” she says. “This is when I put myself in his shoes and started thinking what I would do if I lost my money. I started asking myself how I could earn a living here.” 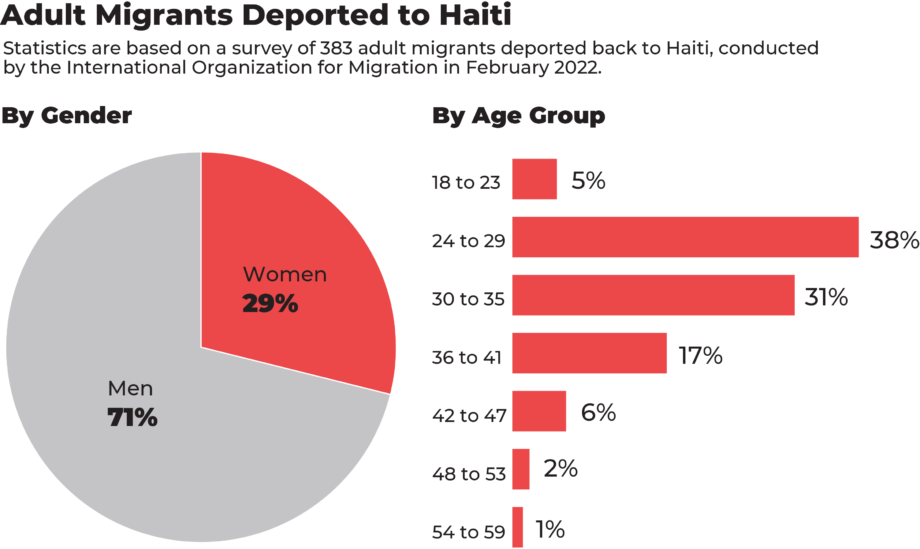 Now, two years after that life-changing decision, Ménélas runs a successful salon offering services such as facials, hair braiding and manicures, as well as a side business selling makeup and clothing. During busy seasons — around Easter, for example — she employs up to four people and helps pay for her brother’s schooling. But Ménélas says running a business in Haiti comes with many security issues.

“At any moment when we are at the salon, someone can arrive and ask us to empty our cash register, abduct a customer, or us, so we watch over each other, we help each other security-wise,” Ménélas says. “We can’t say that it won’t happen, but at least it helps us feel a little reassured when we are inside the salon.”

In addition to a community effort to secure neighboring businesses, Ménélas makes sure her salon is always locked, visits are by appointment only and trips for supplies are carefully planned with safety considerations.

In a country where youth unemployment is a “destabilizing factor that affects 30 percent of people aged between 15-24 and that contribute to propagation of armed gangs and criminal networks,” according to a 2020 United Nations report, many young people struggle to see a future in Haiti; their perceptions and loyalty are challenged by crisis after crisis. 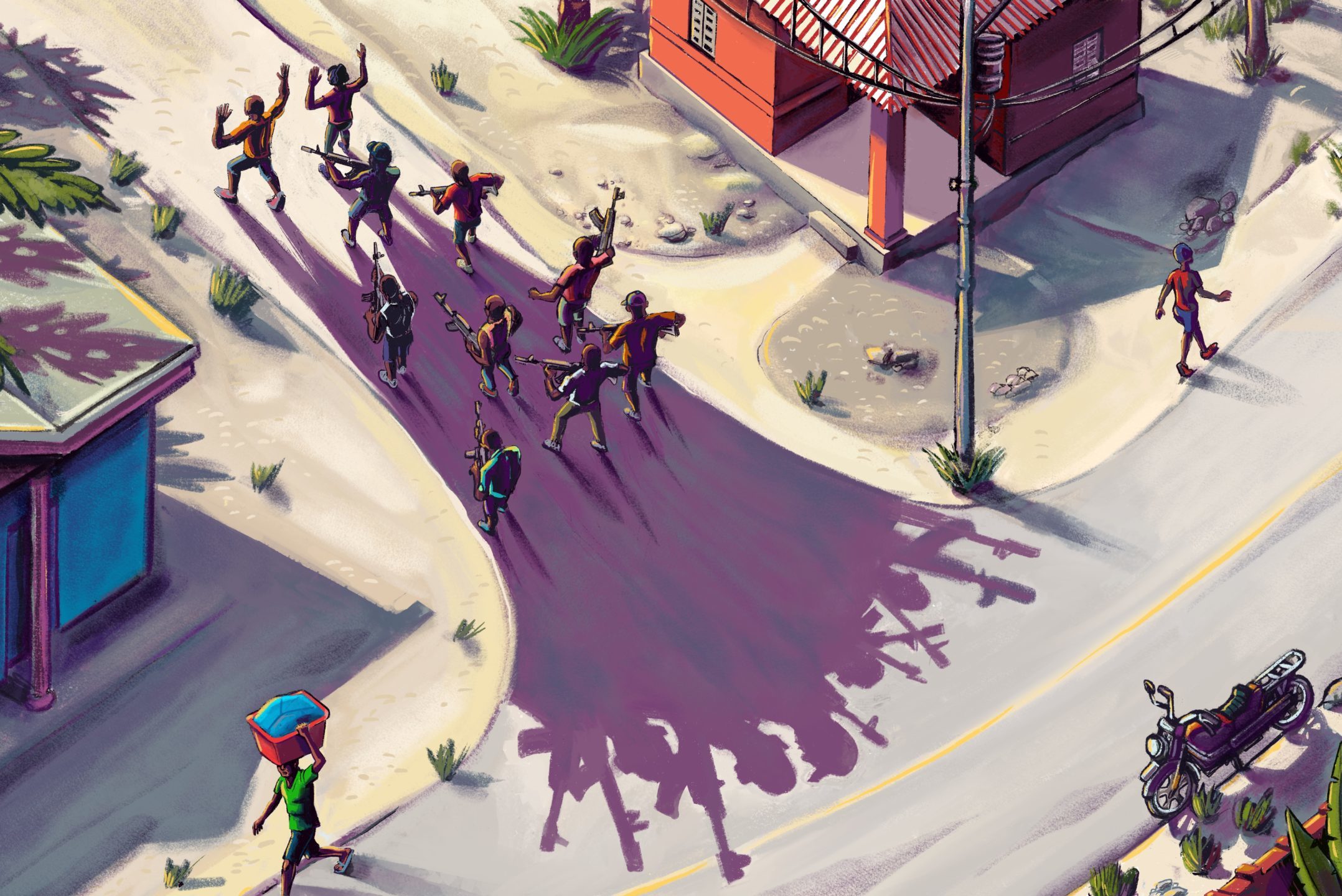 The country was plunged deeper into a political, economic and humanitarian crisis following the president’s assassination in July 2021. The following month, a devastating earthquake killed more than 2,200 people. The U.N. estimates that more than 40% of the population will need humanitarian assistance in its aftermath.

But despite the dire situation, Cynthia Louis, an administration and commerce student who runs a Haiti-based lingerie business, says leaving the country won’t change anything.

“If we all leave, who will take over?” Louis says. “It is difficult to find work, but we must not stop creating.”

In the last three and a half months of 2021, more than 13,000 adult Haitians were deported back to Haiti, mostly from the United States but also from the Bahamas, Cuba, Mexico and others, according to the International Organization for Migration, a U.N. agency. Almost 70% of recent adult deportees are 24-35 years old, according to the agency’s survey of 383 deportees selected randomly from a total of 13,351.

For those who stay in Haiti, initiatives and organizations support and encourage young people to set up businesses. The Association of Volunteers for Democracy, a Haitian nonprofit formed in 2005 to prepare young people for leadership roles, organized a competition last year with cash prizes for the best business ideas.

Lunda Datus, the director of Youth and Insertion at the Ministry of Youth, Sports and Civic Action, says despite one-off initiatives and entrepreneurship training for youth organizations and individuals, the ministry can’t meet the needs of the country’s youth without joint action.

“If we all leave, who will take over?” Cynthia LouisStudent and entrepreneur

According to a 2020 report by the United States Agency for International Development, “youth entrepreneurs [in Haiti] lack technical assistance, capital and training on innovation.” The report recommends the creation of “youth entrepreneurship programs that foster innovation through activities such as competitions, technical assistance, and start-up seed money, with specific support targeting female youth.”

Jimmy Victor, 23, a management student, acknowledges the lack of opportunities for young people, which prompted him to set up his own business. He delivers water on a three-wheeled motorcycle, and his success has allowed him to invest in another vehicle and employ two staff members.

Victor believes young people should stay and create their own businesses to benefit the community. “Although things are difficult, giving up should not be an option,” he says.

Meanwhile, Ménélas has no regrets.

“I understand that life is difficult here, but we have to create opportunities for us to live,” she says. “We are not at war, but we are the ones who are preventing ourselves from growing and prospering … We all dream of a country where everything is better.”