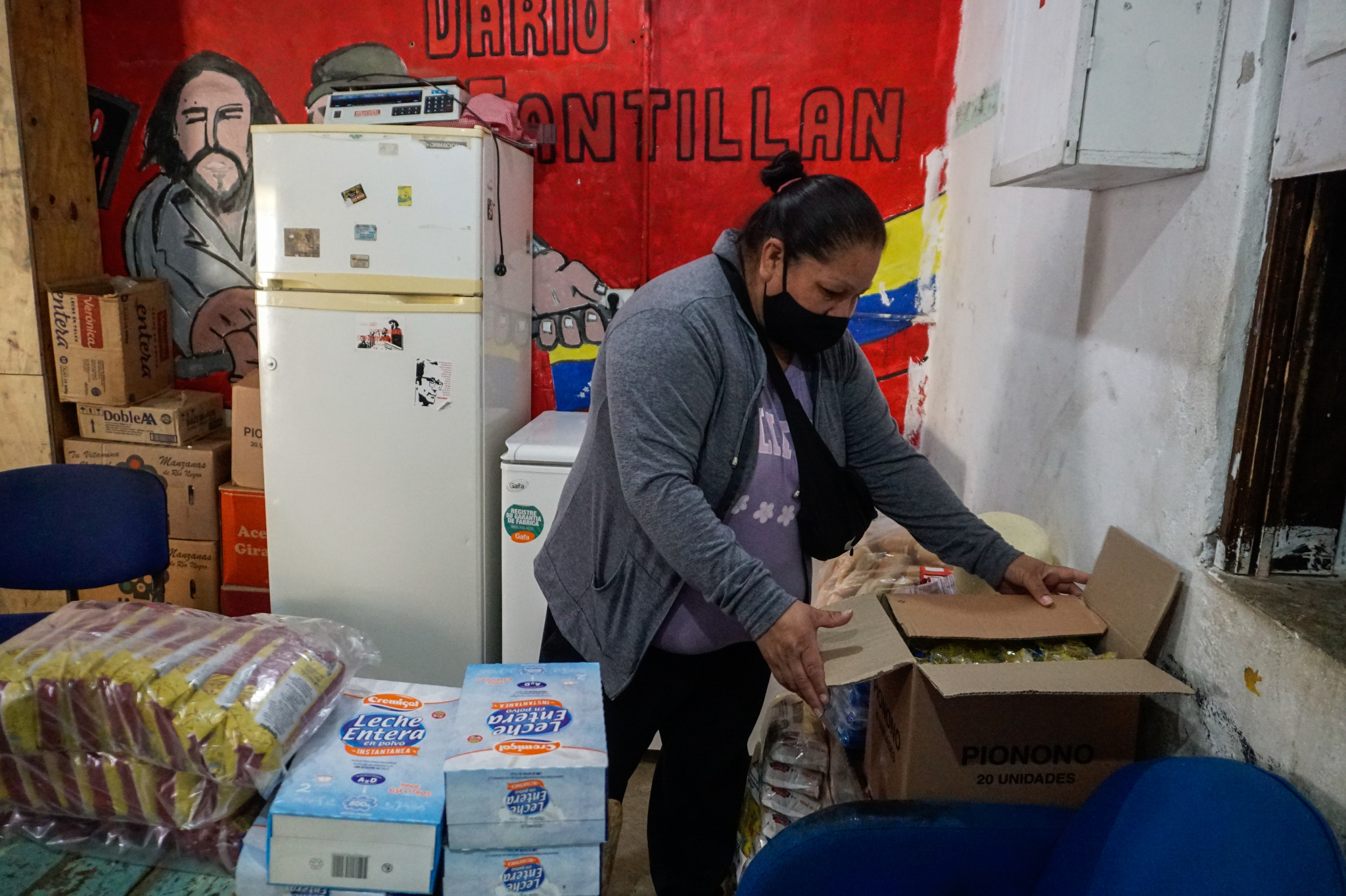 BUENOS AIRES, ARGENTINA — Flavia Romero, a cook at a soup kitchen in Villa 21 24, a “barrio popular” whose narrow streets are home to many low-income residents, says she and her co-workers have been performing magic since the coronavirus pandemic started.

The city government supplies enough food to feed 160 people per day, but demand has skyrocketed, particularly among families. This forces Romero and other cooks to think creatively. If the menu calls for baked chicken, for example, they swap sheet pans for stock pots and make stew instead, adding rice, pasta and potatoes to bulk up the meals. It’s a daily illusion that allows the rations to go further, feeding 200 people for lunch and 280 for dinner.

“When the pandemic started, we began to use the pots at night because a lot of neighbors came who were working [in informal freelance jobs], and they didn’t have anything to eat,” Romero says. “We’re still doing it to this day.”

But it’s not enough.

One of President Alberto Fernández’s main campaign promises was to combat hunger, and his government has worked to improve access to food since he came into office at the end of 2019. But throughout Latin America, particularly in countries like Brazil that have been hit hard by the coronavirus, the pandemic has placed financial pressure on many families and contributed to increasing food prices. Many can no longer afford what they once could.

Half of children in Latin America and the Caribbean had difficulty accessing healthy food because of the pandemic, according to a UNICEF survey conducted last year.

The situation in Argentina is no less serious. Fifty-one percent of households in low-income neighborhoods saw reductions in their income since Argentina’s national lockdown began in March 2020. Eighty-five percent of low-income households have been forced to cut their consumption of meat, and the majority have also had to cut back on fruit, vegetables and dairy products, according to a report from the Institute for Social, Economic and Citizen Policy Research, a nonprofit that partners with social organizations to conduct research. 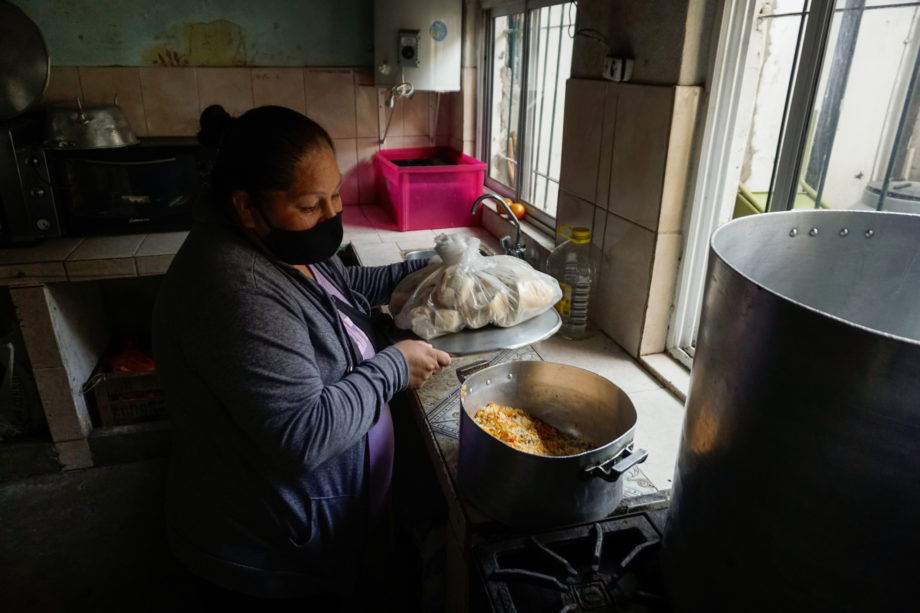 Flavia Romero prepares a stew, which can feed more people than a baked dish.

The rising food insecurity has been especially hard for children, who were the worst affected by poverty even before the pandemic. In the second half of 2020, 58% of children 14 years old or younger were living in poverty, according to the National Institute of Statistics and Censuses, an increase of more than 5% since the second half of 2019.

Child malnutrition has similarly increased. The Institute for Social, Economic and Citizen Policy Research conducted a survey of more than 50,000 children who visited soup kitchens between December 2020 and February 2021, and found that 42% of children and adolescents between the ages of 2 and 18 suffered from malnutrition, an increase of more than 5% compared to 2019.

“These days, the concern in the [low-income] neighborhoods is not eating well – it’s eating,” says Dina Sánchez, spokesperson for the Popular Front Darío Santillán, a social and political movement that organizes community kitchens and advocates for food security.

The national government launched an initiative in 2020 to improve the nutrition of Argentines with low incomes: the Alimentar card. The food benefit card was intended for parents who receive the Asignación Universal por Hijo, a subsidy launched in 2009 for parents who are unemployed, work in the informal sector, or earn less than 282,444 Argentine pesos ($2,955) per year.

“These days, the concern in the [low-income] neighborhoods is not eating well – it’s eating."Dina SánchezPopular Front Darío Santillán

“Putting more money on the Alimentar card does not mean that people will stop going to soup kitchens,” Sánchez says. “Because you go to the supermarket, you buy two items and [the money] runs out.”

According to the National Institute of Statistics and Censuses, an average family of three in Greater Buenos Aires must spend 21,832 pesos (about $229) per month to satisfy their basic nutritional needs. That represents a 53% increase from May 2020 to May 2021.

Daniel Arroyo, minister of Social Development at the time of the interview, says 10 million people receive food assistance through various government programs and initiatives, but nutritional quality has become a problem as prices have increased.

“Basically, large quantities of pasta, flour and rice are being eaten, and small quantities of milk, meat, fruit and vegetables,” Arroyo says. “The key issue here is the price of those foods.”

That’s in large part what’s driving the increase in child malnutrition, says Laura Lonatti, coordinator of the Collective Health Area at the Institute for Social, Economic and Citizen Policy Research.

“If the food programs give you mostly dry goods, what you will have to put in the pot is mainly pasta, rice, lentils,” Lonatti says. 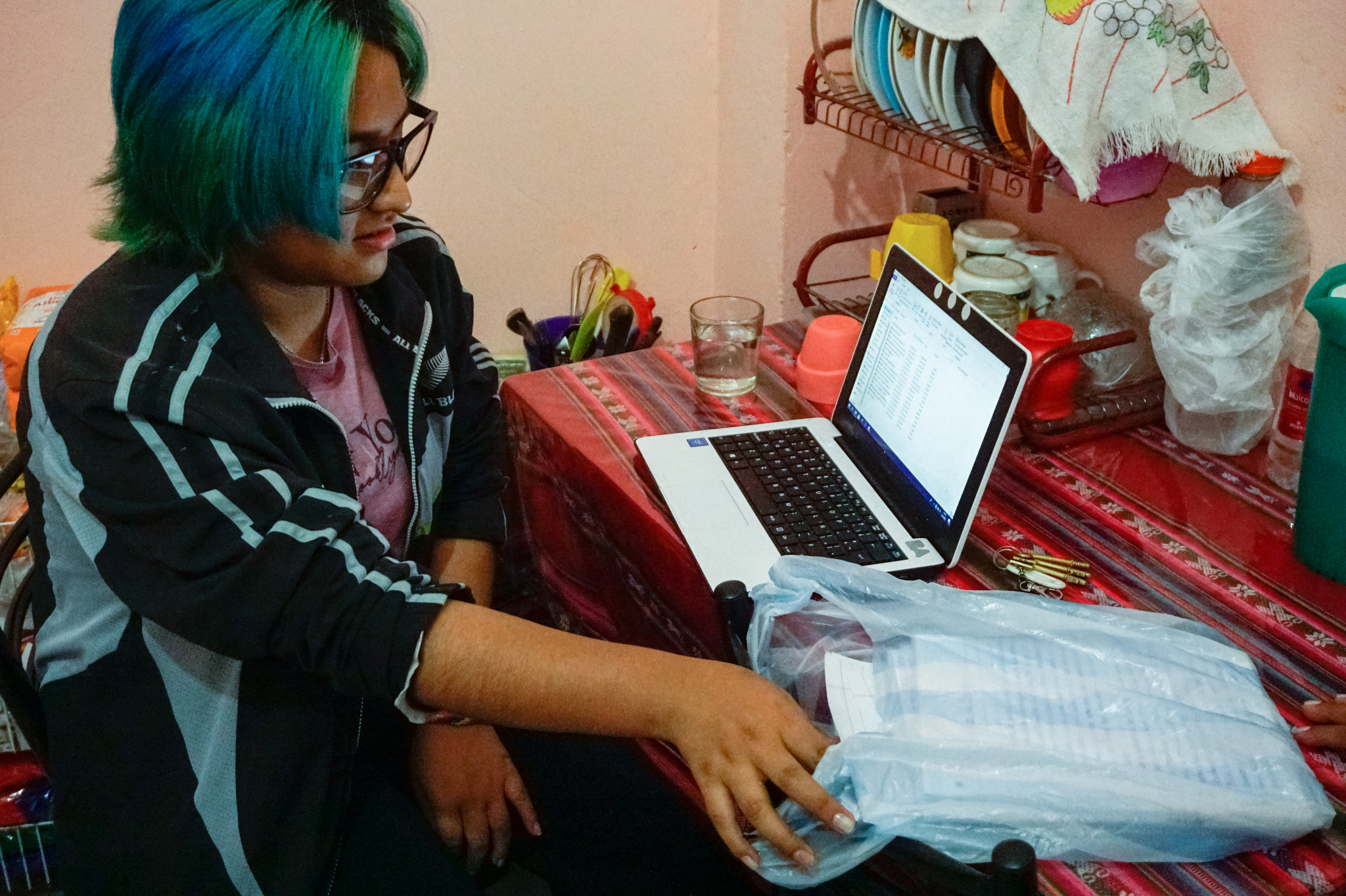 Fernando Zingman, a pediatrician and UNICEF health specialist, says children have already been suffering from health problems related to malnutrition. Obesity has been the biggest nutritional problem in the country for more than a decade, he says, the result of families increasingly relying on highly processed foods and sugary drinks. Now, with healthy food even further out of reach, the problems will only continue, he says.

“It is a chain of vulnerabilities,” Zingman says. “The first has to do with access to food, because it is cheaper to consume an unhealthy diet than a healthy one.”

Doctors, government officials and advocates for low-income families have proposed various solutions. Zingman says more education about what constitutes a healthy diet, as well as mandatory nutritional labels on food, would help combat obesity. Arroyo says the government is working to curtail rising food prices by facilitating ways for producers to sell directly to consumers at food markets. It’s also developing a virtual wallet that will allow merchants in the informal sector to accept payments from Alimentar cardholders.

“We are turning people away because one can only stretch the food to a certain point,” Romero says. “It’s difficult to tell them no.”

Correction: An earlier version of this story misidentified Daniel Arroyo’s title. He was minister of Social Development at the time of the interview, but stepped down shortly before the article ran. Global Press Journal regrets the error.