Skip to main content
The story you are reading was published on Saturday July 11, 2015. To read more recent stories click here. 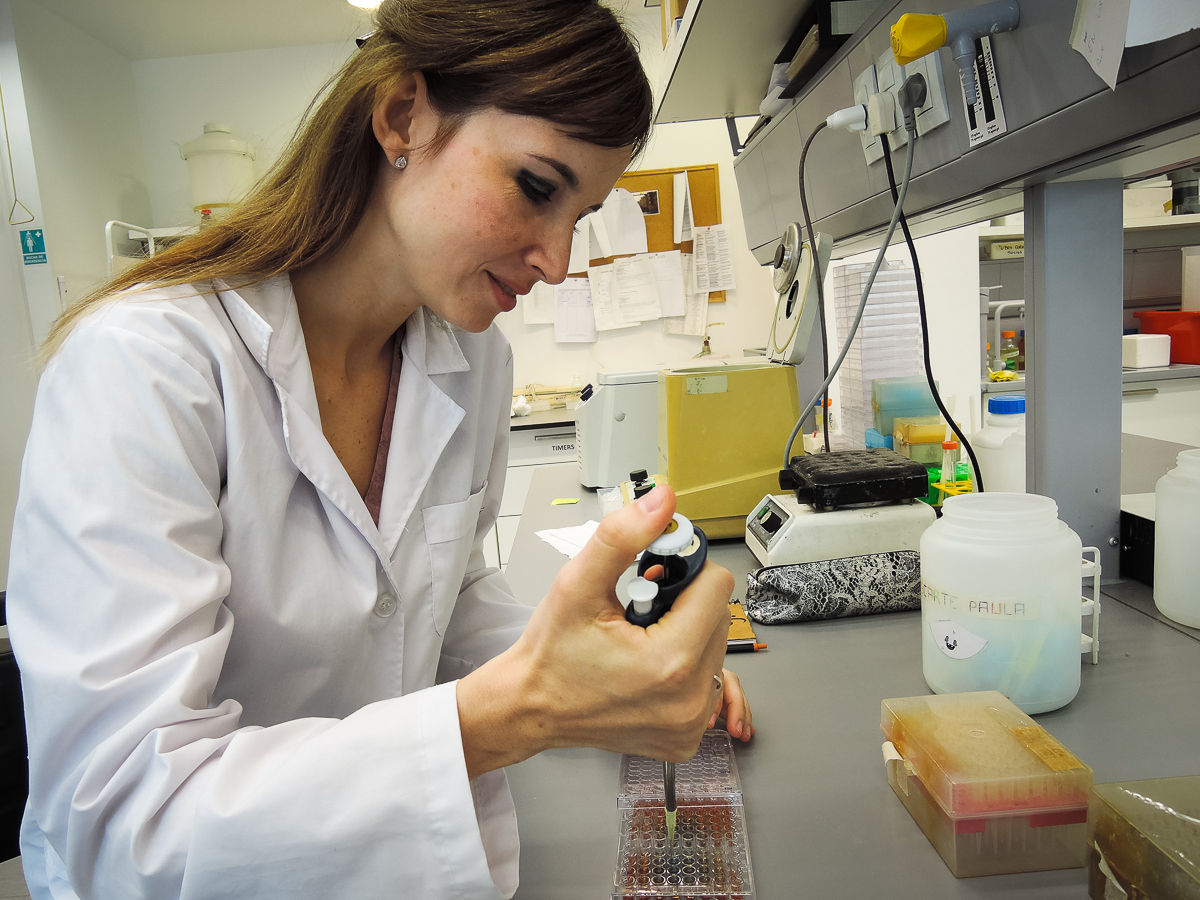 BUENOS AIRES, ARGENTINA — When Roberto Iglesias, 67, speaks Spanish, his accent betrays him: A mix of French, Portuguese and Buenos Aires Spanish, his speaking manner traces the path he has traveled to pursue his scientific career.

Iglesias, who specializes in applying statistical physics to economics and social sciences, left his homeland at 27 to study in France. He intended to return to Argentina as soon as he earned his doctorate. But a year after he departed, a military coup overthrew the Argentine government.

This was Argentina’s “Dirty War,” a seven-year period – 1976 to 1983 – in which a military dictatorship killed or “disappeared” an estimated 30,000 people in the country suspected of being left-wing political opponents.

A month after the coup, the new government cut Iglesias off from the staff at the Southern National University in Buenos Aires province, where he had been a professor. He wasn’t sure, but he assumed his name was on a blacklist of academics, artists and others the regime deemed potential troublemakers.

He knew that if he returned to Argentina, he’d be unlikely to find work, whether at a university or a public agency. He also knew his life would be in danger.

In 1983, when democracy returned to Argentina, Iglesias – then living in Brazil, where he’d found a career opportunity – felt it was the right political moment to return. But by then, the economy had tanked.

“The economic situation was very bad,” he says. “I couldn’t even get back the job I had lost at the university, or get another university to hire me. Then, well, I had little children; I decided to stay in Brazil and postponed that idea of returning.”

You know, it is important when you return that you feel like they want you back. And I felt that. Roberto Iglesias, Argentine scientist

Now, coinciding with October’s presidential election, Iglesias has returned home, thanks to a government plan that gives returning scientists assistance with moving and other costs.

Iglesias feels a newfound sense of hope in Argentina, he says. Regardless of which political party wins, he is confident that science will have a place in the country’s legacy.

Iglesias’ Brazilian colleagues were stunned by his decision.

“‘But how can you return to Argentina?’” Iglesias says they told him. “And I told them, ‘Argentina is not what you are seeing on TV every day. It is not chaos, it is not total instability, it is not misery. There are problems, of course.’”

He assured them that now is indeed the right time to return.

“No one says it is the ideal situation,” he says, “but from my point of view, it is worth it to go back and make an effort.”

Despite uncertainty over the consequences of this October’s presidential election, more than a hundred Argentine scientists living abroad are expected to return to the country this year with the help of a Ministry of Science, Technology and Productive Innovation program. A decade of work, paired with hope felt by scientists at home and abroad, has produced the unprecedented wave of returns, officials say.

What’s more, scientists say they’re no longer fearful that their work will be hindered by repressive policies that were core to the Argentine government for decades.

The repatriation plan, which is part of the Network of Argentine Researchers and Scientists Abroad – recognized in Argentina by the acronym RAĺCES, which translates to roots – reaches out to expatriate scientists who want to return. The program puts participating scientists in touch with potential employers, including universities, corporations and CONICET, the Argentine government division dedicated to scientific research.

Once a professional has an offer of employment, the program subsidizes the cost of the return for that person and his or her family. The program pays up to 30,000 pesos ($3,400) of the family’s relocation expenses, including baggage and shipping fees and equipment purchases.

The exodus of scientists began with the forced intervention of the de facto government in the universities, and continued with persecution by the military dictatorship.

By the 1980s, scientists could no longer pursue advanced studies and research in Argentina and so went abroad for opportunities.

Argentina has experienced a brain drain since the mid-1960s, says Raúl Isman, a professor at the University of Buenos Aires.

During the presidential administration of Carlos Saúl Menem, from 1989 to 1999, scientists were told that they should go “wash the dishes,” and CONICET was under threat of termination, says Isman, who has written several publications and book chapters on that political decade.

From the 1990s until 2001, an economic crisis that included a lack of jobs motivated more scientists to leave the country, says Águeda Menvielle, national director of International Relations for the ministry.

President Néstor Kirchner began the nation’s reinvestment in science. The repatriation program – begun in 2003, the year Kirchner took office – has brought 1,138 scientists back to Argentina, Menvielle says. Many of them work for CONICET.

Silvina María Romano, 34, an Argentine political scientist, lived in Mexico since 2011 and returned to Argentina in April of this year to work as a researcher at CONICET. She is researching psychological war and the Cold War.

“I return super happy,” Romano says. “I left without being able to get a space to develop myself; I found this place in Mexico. And now I return to Argentina, with work, with the possibility of being able to research what I like – and on top of this, they pay me for it. I can’t complain.”

Regardless of the outcome of this year’s election, Argentines must remain united in their support of science programs and funding, Romano says. Citizens will be able to speak up and call for action.

“In those four years, perhaps there is a change in plan and a denationalization, but I am also confident in us,” Romano says. “If that affects us and affects the people, we have to seek, within the measures of democracy, a way that this does not deepen. And, to have a state that attends to the necessities of the population. That is the role of the state.”

If the opposition wins, the science budget could be privatized, Isman says. That has happened in Argentina before, he says, when the military establishment purchased its arms from other countries, eliminating the need for Argentines trained in military technology.

The uncertainty of the elections makes this a risky time for expatriate scientists to return this year, he says.

“If they return before the elections, I think it is because they have confidence in the 12 years in which science in the country has refueled,” Isman says.

Menvielle acknowledges that a budget reduction is possible after the election, but she says Argentines cannot allow a political change to destroy previous administrations’ achievements in science.

However, she believes that the state policy will help protect the future of science.

In 2008, the program became a policy that successive governments are compelled to maintain, she says. And from 2008 to 2014, CONICET’s budget quintupled.

“The fact that the scientists abroad continue choosing repatriation is a result of the continued work that we have been doing from the ministry with the RAĺCES plan,” she says. “It is more repatriated scientists each time. The program is recognized by more Argentine scientists abroad, and the testimonies of success are increasing. All of that contributes to them continuing to return.”

No one says it is the ideal situation, but from my point of view, it is worth it to go back and make an effort.Roberto Iglesias, Argentine scientist

Lucía Gallo Vaulet, a microbiologist, professor and researcher at the University of Buenos Aires who is working on new ways to diagnose Chagas disease and syphilis, agrees that it’s important to bring back scientists who have left the country.

“It is wonderful that they offer repatriation to people who are very talented and should be working so that the country advances, and not for other countries,” says Vaulet, who never lived abroad.

The repatriation program enables expatriate scientists to pursue their research in Argentina, she says.

Valeria Antico Arciuch, 36, a biologist, left Argentina in 2009 to pursue postdoctoral work at the Albert Einstein College of Medicine in New York. She returned in 2013 to work as a research assistant at CONICET. She is investigating tumor cells to find a treatment that kills only cancer cells.

Despite a few delays with the importation of work items, she thinks she can do the same level of science in Argentina, the country that paid for her education.

“There is a very important difference,” she says. “In the United States, you ask for a reactive agent and you have it the next day.”

Pharmaceutical companies that provide the materials with which she works are in the United States, so working as a scientist in Argentina brings an added cost of importation.

Salaries in Argentina are low, says Antico Arciuch. But there is more employment stability in Argentina because CONICET pays those salaries directly; in the U.S., she discovered, employment depends on research funding from various sources.

Menvielle says that regardless of how science is budgeted this year, repatriations will not be affected by the elections or in an eventual change of government. CONICET will continue to motivate expats to return in the hope of reinvesting talent into Argentina.

“You know, it is important when you return that you feel like they want you back,” he says.

His voice breaks with emotion as he adds: “And I felt that.”