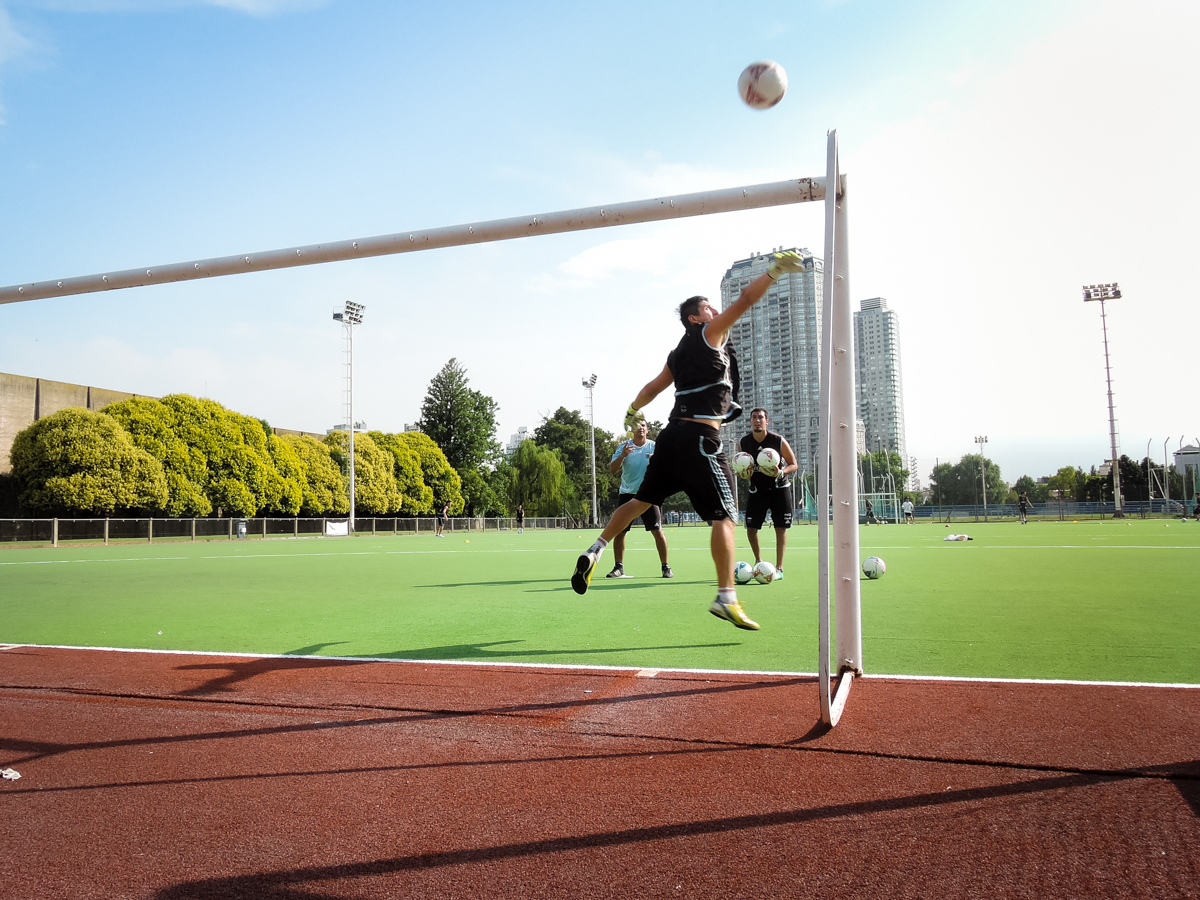 BUENOS AIRES, ARGENTINA – In a gym at Argentina’s National Center of High-Performance Sports, Pablo Molina López pulls a weighted handle toward his chest. As the 28-year-old Paralympic football player works an arm, the other one tenses up, the wrist curving forward.

That response, an effect of his cerebral palsy, doesn’t stop Molina López from fulfilling his prescribed workout after his mates on Los Tigres, a team of 14 players with cerebral palsy, have begun cooling down and joking around near the end of their training session.

The players, whose name translates to the Tigers, are able to walk and run, but they have limited coordination and mobility. Like other athletes with disabilities, they have begun training alongside the nation’s Olympic football players, cyclists, swimmers and other athletes at the center in Buenos Aires, the nation’s capital.

Molina López has always played with – and competed against – able-bodied athletes in his neighborhood in Salta province, some 1,287 kilometers (800 miles) from Buenos Aires.

So he wasn’t alarmed when his coach, Osvaldo Hernández, informed the team last year that it would play against the fifth division of a local conventional football club.

That meant Molina López’s team would have to take on young professional football players who aspire to rise up in their club and perhaps someday compete on Argentina’s Olympic and World Cup teams.

Hernández, who aims to fully integrate the training of his team with that of conventional athletes in 2015, says mixed competition pushes his athletes to strive harder.

“The objective is to achieve more diffusion and take advantage of the experience and infrastructure they have – the conventional athletes – for high-performance football,” he says. “As long as there are more players and they face more difficult rivals, the team will be better.”

Of the 25 Paralympic sports that are officially played in Argentina, 11 have become independent from sporting federations for athletes with disabilities. Since 2004, teams in those 11 sports have integrated into the training and athletic spaces used by conventional Olympic athletes.

Football 5 – the category for teams of five players – for people with cerebral palsy will become independent in 2015, says José María Valladares, president of the Argentine Paralympic Committee.

Two more sports, Football 7 and wheelchair basketball, are expected to integrate in spring 2015. By 2018, all sports with disabled teams will be linked to conventional sports federations, Valladares says.

Until 2004, when the Argentine Paralympic Committee was created, all Paralympic sports depended on federations that grouped them according to disability – such as blindness, deafness and motor disabilities – with the exception of wheelchair tennis.

Between 2007 and 2009, the more experienced Paralympic sports teams began to break away from these federations and integrate into those of conventional sports.

By 2012, teams in 15 disciplines qualified for the Paralympics. Teams in seven of those disciplines had integrated training spaces with conventional athletes.

Four years before, in 2008, Argentina only qualified to compete in eight Paralympic sports.

“We realized we were not wrong with the decision to promote that they become independent when we saw that all of the athletes had improved their records,” Valladares says.

To accommodate the integrations, the government has made the National Center of High-Performance Sports more accessible, installing ramps, modifying bathrooms and telephones, and making other needed changes.

The achievements of the disabled athletes are not yet reflected in their medal counts.

“It is more demanding,” he says. “They play much faster, they have more balance, more strength, and well, to always improve, one has to compete with teams who play better.”

“He began to work with the conventional [players], and they began to help one other, to share trainings and even information on how the Olympic bicycles were made,” Valladares says.

Integrated training also gives conventional athletes new opportunities to excel. Ezequiel Romero, a cyclist who competed on the national Argentine team for 10 years, grew to enjoy training with blind cyclists, who compete on tandem bicycles piloted by sighted athletes. Romero came to so admire his fellow athletes on the Paralympic team that he joined up as a tandem guide.

He and his teammates are training for the Parapan American Games in Toronto next summer and aim to qualify for the 2016 Paralympics.

“[Disabled athletes] are doing the same thing as you, but they have it a bit more difficult,” Romero says. “And even though they do not see, do not have an arm or a leg, they do not give up.”

The experience has deepened Romero’s gratitude for his health.

Romero, who operates a cycling school, has little patience for conventional athletes who complain that their legs hurt from exercising so much.

While Los Tigres are not fully integrated with the conventional team, the teams have trained together since 2014.

“The biggest was to convince federations of athletes with disabilities that independence was important to achieve the best performance,” Valladares says.

The strategy is working. Two years ago, Los Tigres were losing to Brazil 8 to 0. They now lose 3 to 0, Hernández says.

“The adapted sport is everything coming from the conventional sport that was adapted as little as possible to maintain the essence of the conventional sport,” says Laura Rodríguez, president of Incluime, an association that seeks social, educational, athletic and employment inclusion for people with disabilities. “As if that were what we had to do – go adapting ourselves to the conventionality.”

A better alternative, she says, would be to move from adapted sports to universal-design sports – that is, games formulated to allow equal competition among people with different abilities. But athletes with disabilities still confront entrenched biases, she says.

“Discrimination is still very established,” Rodríguez says. “That’s why we struggle so much for inclusive education. If we establish nondiscrimination since childhood, in three generations we would finish with the subject.”

The Argentine Paralympic Committee aims to raise the visibility of Paralympic sports this year to summon new athletes and attract new sponsors.

To that end, Valladares in December organized the first Argentine Paralympic Day, a free event in the Luna Park stadium in central Buenos Aires. Basketball, Football 7, table tennis and wheelchair tennis athletes demonstrated their sports before a crowd of about 2,000 spectators.

The committee has begun planning for the second Paralympic Day, scheduled for December this year, Valladares says.

Molina López also has very clear goals. He aims to compete in the 2016 Paralympics with Los Tigres. As Paralympic football wins a higher profile, more kids with cerebral palsy will discover that they too can play it.

“Just as I fulfilled my dream, I wish that many children can fulfill theirs as well,” he says.