Skip to main content
The story you are reading was published on Tuesday June 6, 2017. To read more recent stories click here. 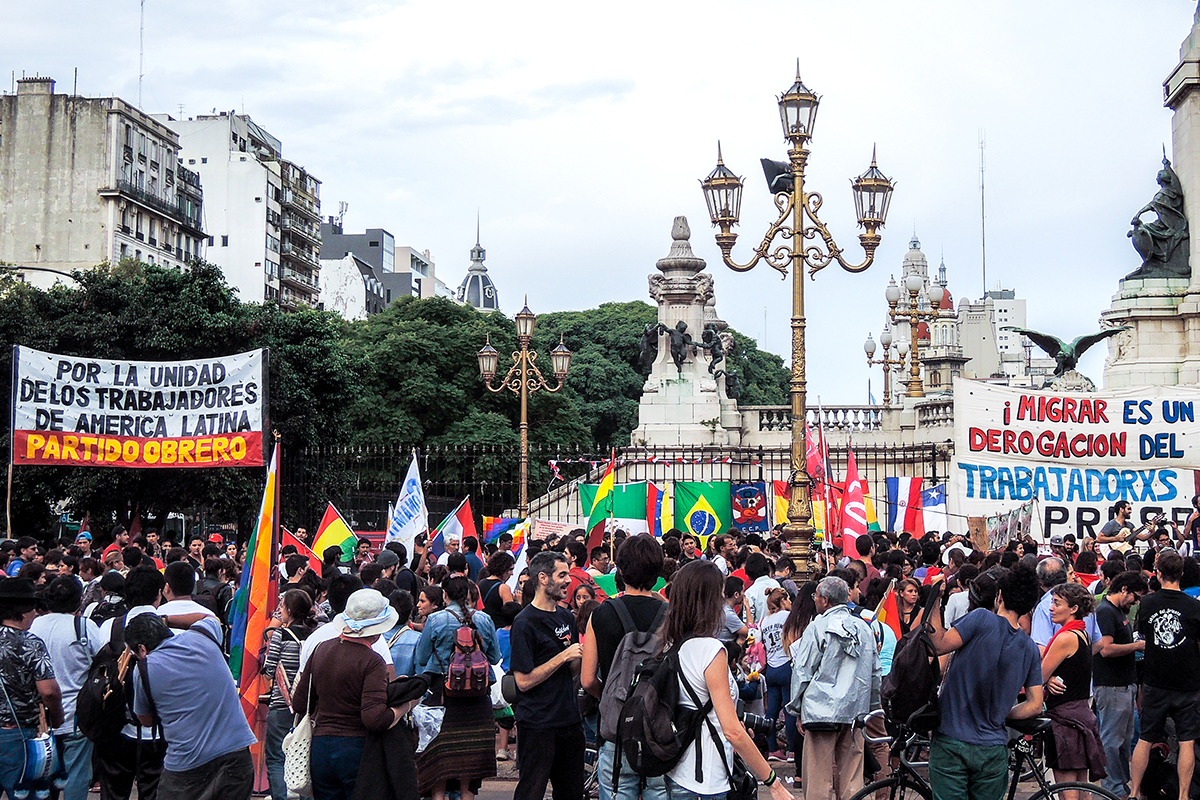 The decree stated that changes to the 2003 immigration law were necessary to target foreigners who deal drugs, traffic in arms and launder money. But civil rights groups say the order goes much further. (See the related article here.)

“We went from a law that respects the human rights of migrants to one that understands migration as a threat to state security, as is happening in the U.S.,” the Centro de Estudios Legales y Sociales, a nongovernmental human rights organization, said in a tweet shortly after the measure was announced.

Macri’s Jan. 27 executive order came two days after one by U.S. President Donald Trump, which also is designed to speed up U.S. deportations of immigrants accused of violating laws. Both Macri and Trump cited bureaucratic hurdles in deporting foreigners who commit crimes and said the measures were needed to keep the public safe.

A telephone survey in 40 Argentine localities by Poliarquía Consultores, a private opinion firm, soon after the measure was announced found 83 percent of the 1,381 people polled said they favored blocking entry to immigrants with criminal records. Most of those polled also agreed with creating an express provision to expel immigrants who commit crimes.

Argentina’s neighbors, Bolivia and Paraguay have criticized the measure, and the Inter-American Commission on Human Rights and other civil society groups voiced concern. The UN Committee Against Torture, which monitors how nations implement provisions in the Convention against Torture and Other Cruel, Inhuman or Degrading Treatment or Punishment, May 12 urged the government to repeal or amend the changes to ensure that people subject to expulsion will have enough time to appeal deportations.

Immigrants living in Argentina organized a strike and protested in front of the congressional building. Global Press Journal spoke to a variety of people in Buenos Aires including protesters at the March 30 rally. 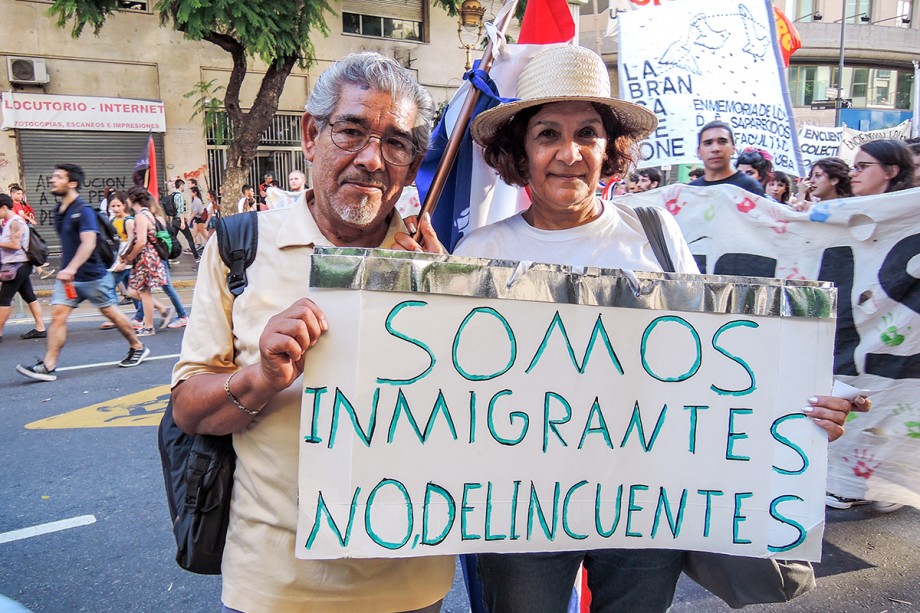 “It’s completely discriminatory, because there are thousands of people with criminal records and they aren’t necessarily criminals. I was kicked out of my country as an official in the army for participating in a strike, and Argentina took me in as it would anyone else. This decree gives me the sensation that the era of dictatorship has returned, when they discriminated against immigrants, [calling them] ‘cabecitas negras’.” — Mario Giménez, (left), 78, came to Argentina from Paraguay in 1958 and protested at the March 30 rally 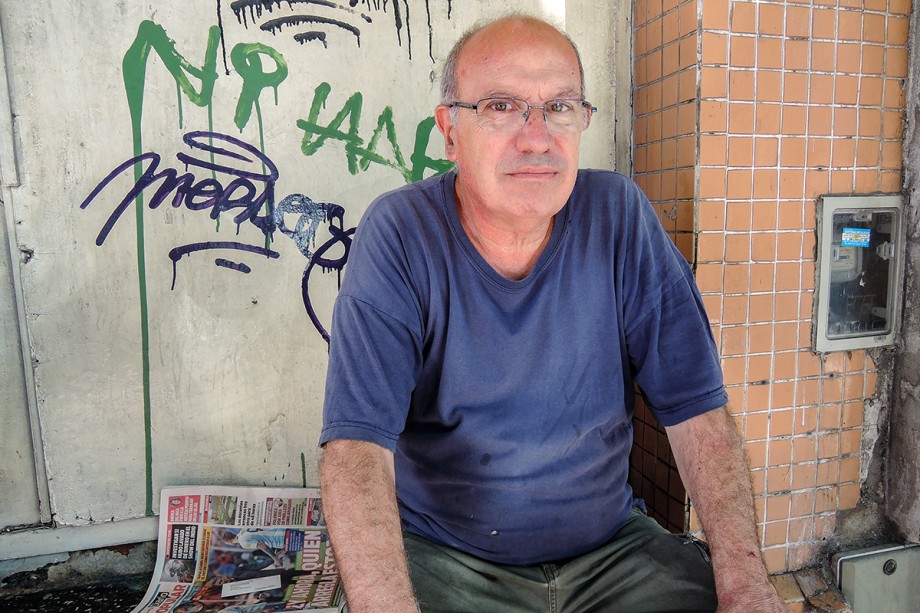 “The decree seems right to me, because immigrants are valued more highly here than natives. I respect the people who come to work, but we have to tighten our control. If you want to go to the United States, they ask for everything including your mother’s criminal record, the proof that you own properties, or anything else they want.” — Norberto Renis 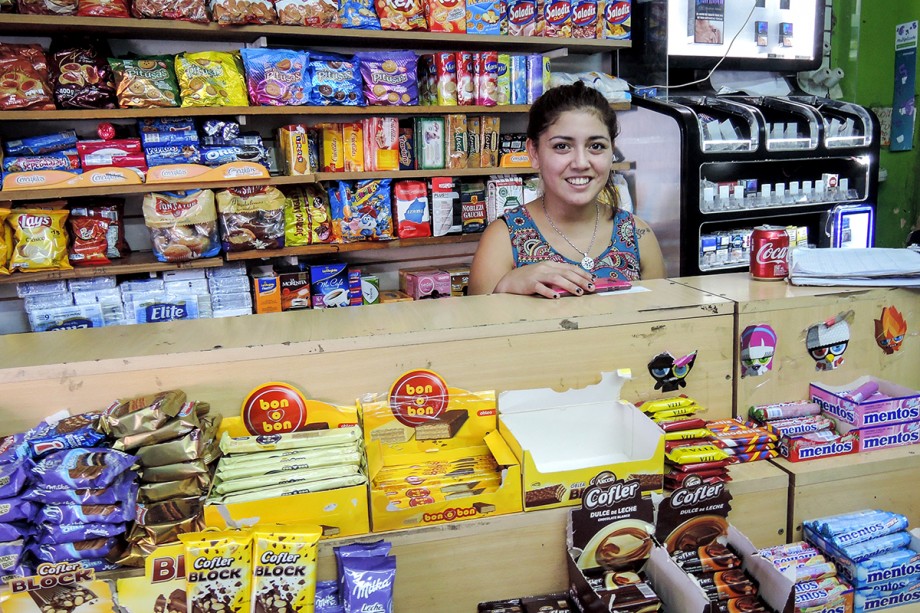 “It doesn’t seem discriminatory to me, but I also don’t believe that it’s OK to be so restrictive in the law.” — Abigail Garro, 17, who works in a kiosk 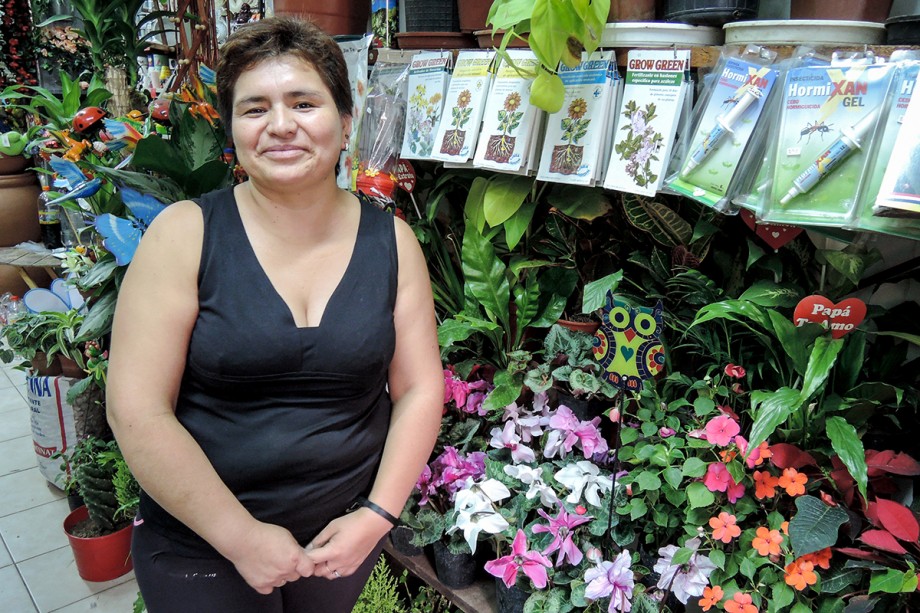 “I’m partly in agreement and partly not with the modification of the law. It seems good to me that minor crimes are considered real crimes, like robbery, but not for others like contempt of authority, because that doesn’t seem serious. I’m an immigrant, too, and in my experience if you comply with all the laws, you won’t have any problems. One emigrates seeking an opportunity.” — Angélica Salvaterra, 40, a florist who emigrated from Bolivia 25 years ago 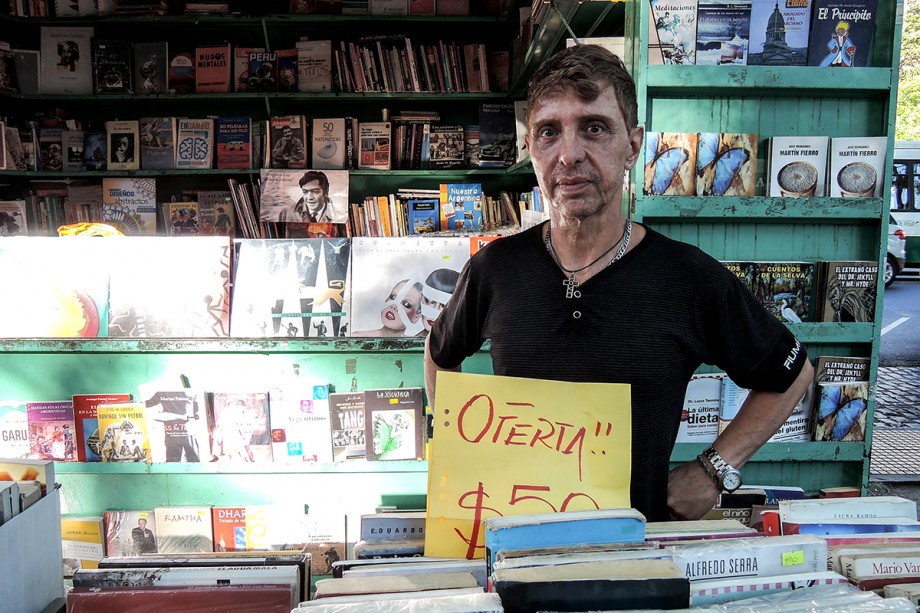 “There are things a thousand times more serious to do — this is only meant to foment xenophobia. It makes me feel so helpless to see them fueling xenophobia instead of encouraging people to unite.” — Walter Fernando Morán, 51, a bookseller 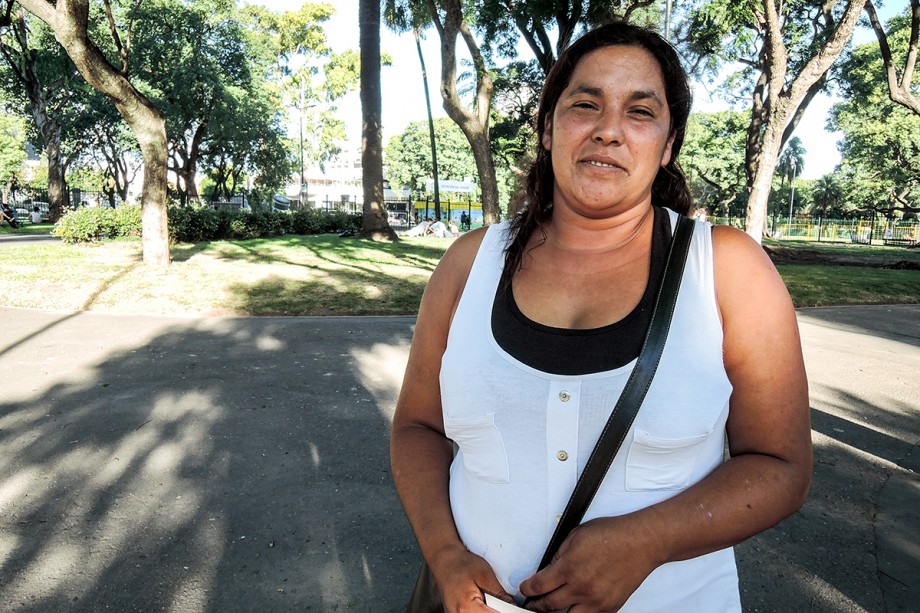 “In cases of serious crimes like homicide or rape, it seems good to me that they can’t get in. But not in cases of minor crimes. Everyone makes mistakes. It seems very discriminatory that they won’t let people come into the country who have committed small crimes, because we can’t be sure whether it was something they did just to be able to survive. If they follow through on this, the next step is to close the door to all immigrants.” — Nancy Elisabeth Enrique, 39, a housewife 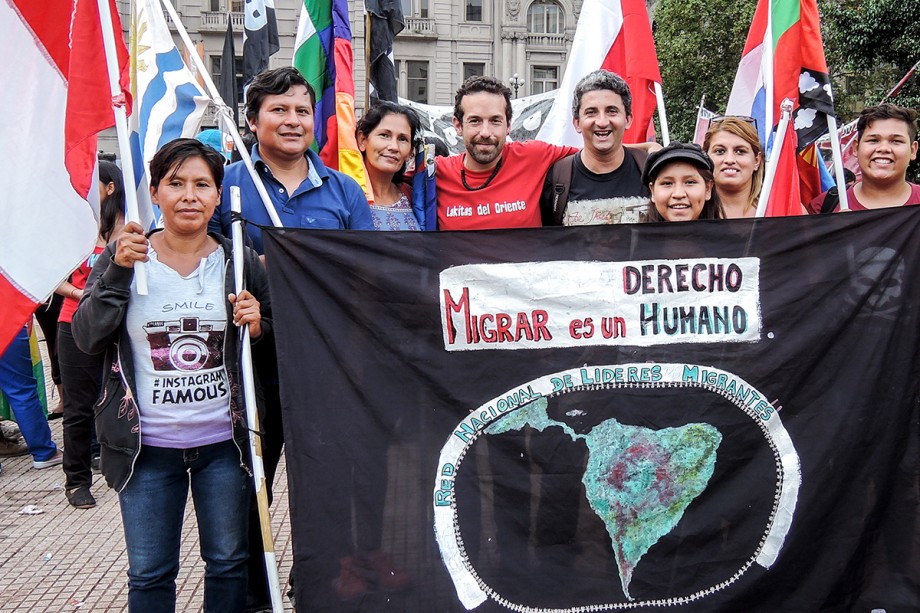 “There’s a lot of mistreatment of migrants. I’m a street saleswoman and they humiliate me. They tell me to get out of the country.” — Elisa Vargas (left), a street vendor and Peruvian immigrant, who is a member of the Red Nacional de Líderes Migrantes en Argentina, a national immigrant network, and who participated in the March 30 protest 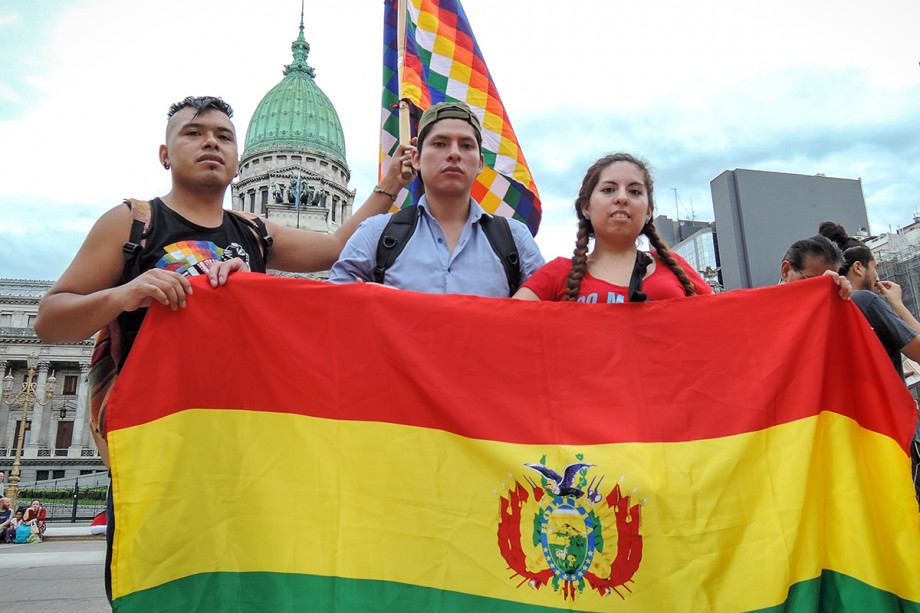 “Migrants suffer much labor vulnerability, and this decree makes us even more vulnerable before our employers, because now if they begin any criminal proceedings against us, they can kick us out of the country. They’re criminalizing us.” — Giovanna Suárez, 31, (right) came to Argentina from Bolivia as an infant and participated in the March 30 protest