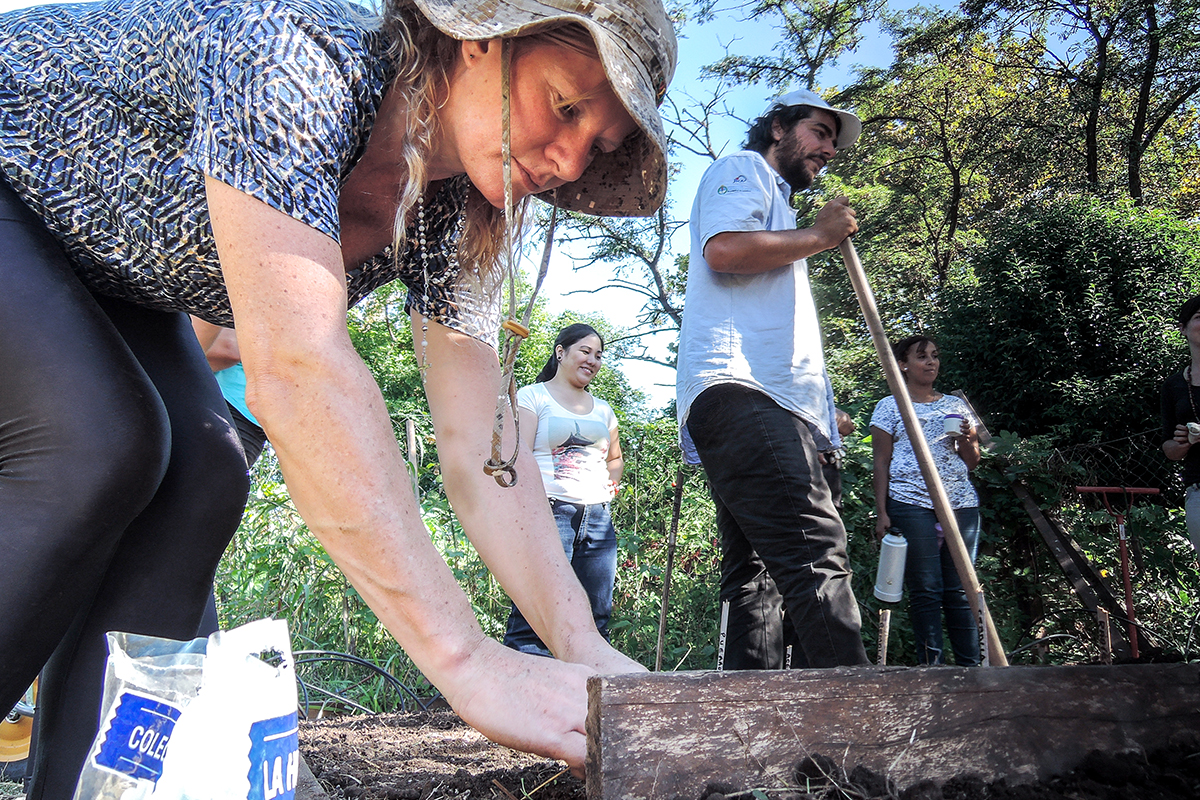 Castro looks at the first pumpkin, then another from the same harvest. He touches them and weighs them. A garden member explains that the plan is to make locro, a traditional Argentine dish that includes pumpkin, beans, corn or potato.

“It’s best to leave the stem intact so that they ripen well,” Castro says.

Then, he offers encouragement: “They’re incredible.”

Pro Huerta is a state program that trains families, communities and schools to set up and maintain their own gardens. The goal is to help low-income people have enough nutrient-rich food to eat, from a source they control themselves. Pro Huerta formed 26 years ago and Fundación Huerta Niño, another organization that trains groups to grow their own food, was founded 18 years ago, but their work is increasingly critical as more Argentines struggle to buy enough food in an ongoing economic crisis.

“The idea is to produce healthy foods with zero expenditure,” Montenegro explains. “The need to produce one’s own food has to do with the drop in families’ income.” 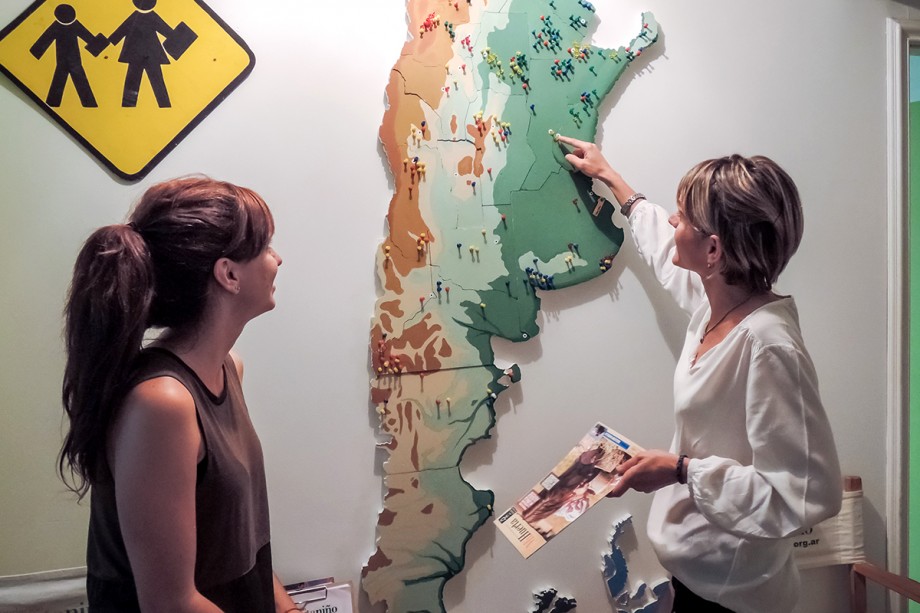 Extreme inflation and other problems caused by Argentina’s economic crisis have pushed many families into desperate financial situations. About 30 percent of the country’s population lives in poverty, according to data released in 2016 by Indec, the national statistics agency.

One Pontificia Universidad Católica Argentina report found that nearly 20 percent of children in Argentina were food insecure in 2015.

“In the past year I’ve noticed that more people are asking for seeds because they’re out of work or their salary doesn’t go far enough,” Castro says. “They go to the grocery store and see that a bell pepper is 20 pesos ($1.29) and they have to think twice about buying it.”

The programs are key in teaching people about vegetables other than tomatoes, lettuce, potatoes and onions, Montenegro says. Some children haven’t tasted other produce, he says.

“Our work also has to do with people knowing different types of vegetables,” he says.

“It shows children that they don’t have to migrate to have better food and a way out,” she says.

In addition, Kuss says, schools with gardens can supply their own vegetables and use their entire food budget to buy eggs and some meat, which improves the protein content of the diet. 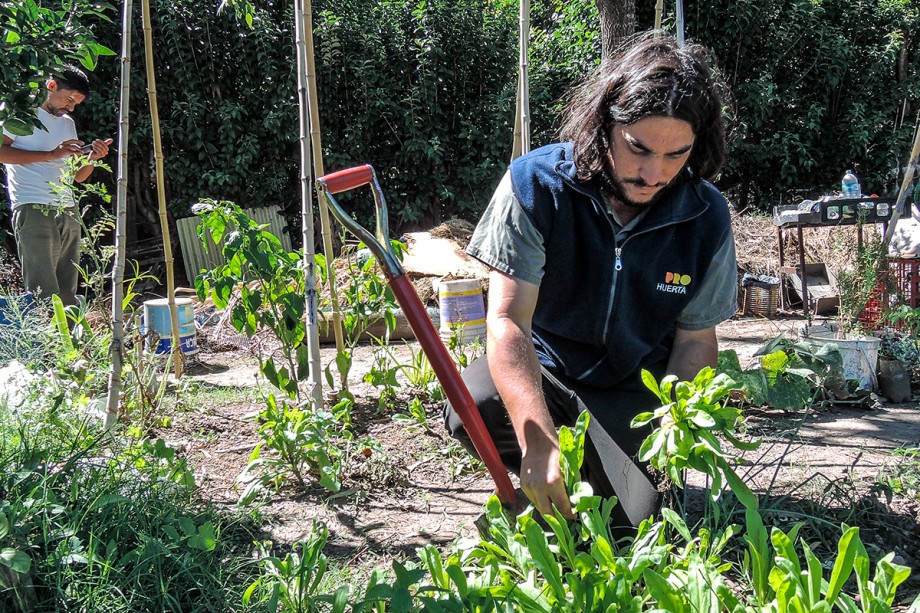 René Castro, a technician with Pro Huerta from Instituto Nacional de Tecnología Agropecuaria, the national institute of agricultural technology, visits a garden at Hábitat Natural. Pro Huerta helps community schools create their own gardens so they can feed themselves.

“If we analyze the food circuit, we see that it’s produced in one place, it goes to the capital city and then returned to the first place, with a huge energy consumption, when there are producers that can supply, through their own circuits, the small villages,” he says.

At the schools where gardens are planted, the need for healthy food — or any food at all — is clear.

At harvest time, some children wait with forks and knives in hand, says Germán Zacharczenia, a secondary school teacher in Lanús, in the province of Buenos Aires where the garden project began last year.

And it’s clear that they’re learning skills they can use at home, too, he says.

“Another two girls used seeds that were given to them in school and put together their garden for [their] own consumption,” he says.