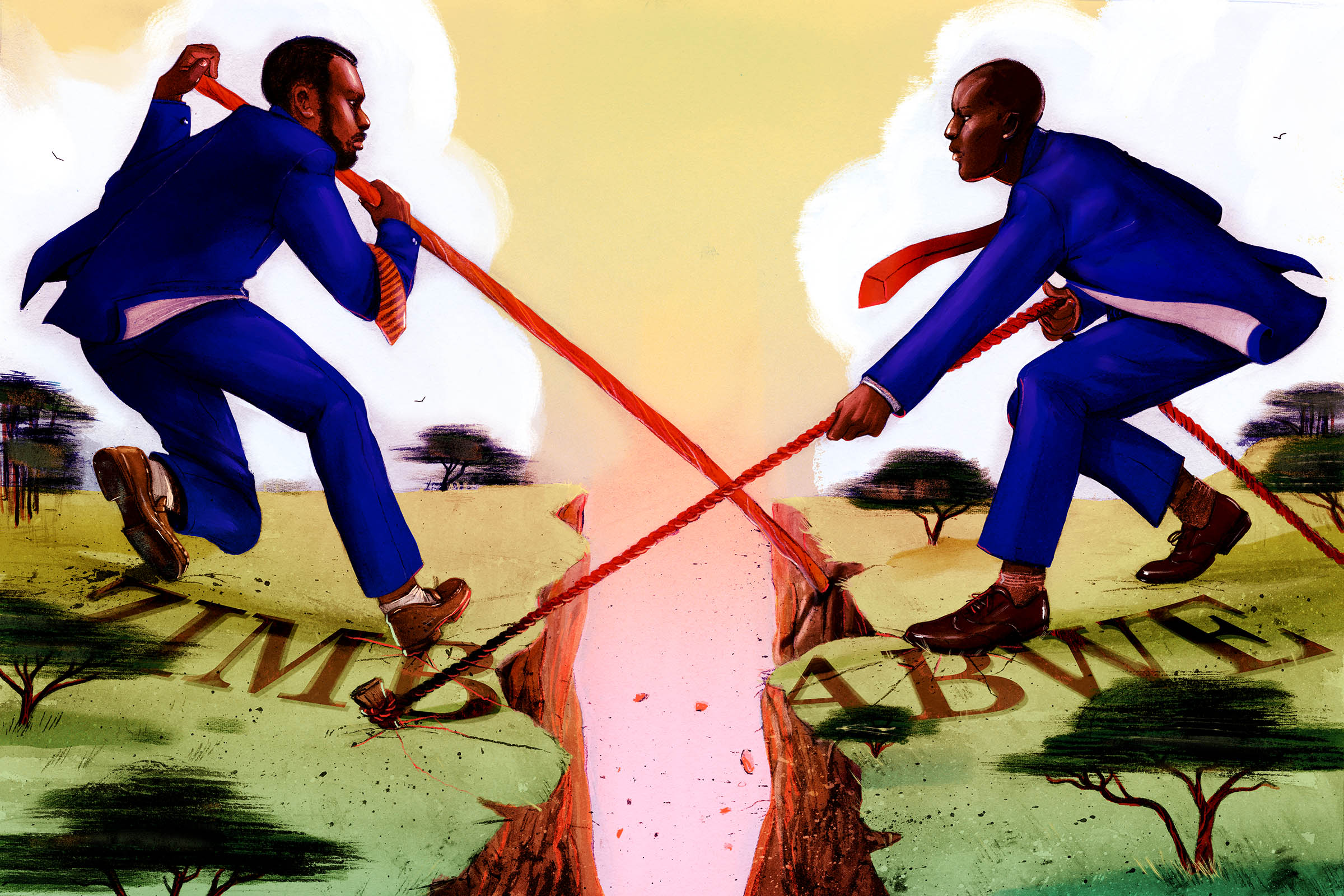 BULAWAYO, ZIMBABWE – “We are restorationists and not secessionists,” says Mqondisi Moyo, president of the Mthwakazi Republic Party, an opposition party in Zimbabwe.

Bulawayo, Zimbabwe’s second-largest city, is a major urban area in the Matabeleland region and the city in which Moyo’s party is headquartered. It is largely populated by the Ndebele, the largest minority group in Zimbabwe. The region, which consists of three of the country’s 10 provinces, should be a nation of its own, Moyo says.

For years, decision-making in this part of the country was left to the Ndebele people, says Moyo, who identifies with the group. But the region became a hotbed of political instability in the 1980s, causing power dynamics to shift. The Shona, a group that makes up approximately 70 percent of Zimbabwe’s population, began to make executive decisions, Moyo says. His party’s supporters want to see another shift – a chance to govern their historical land, he adds.

Zimbabwe’s crippled economy has left many unemployed, and delayed national development. With general elections set to take place before the end of the year, political parties in Matabeleland say the region could play a strategic role in the country’s next steps for development. But the path to achieve economic growth is in question: Some parties are suggesting secession, an act the Constitution discourages, and others are leaning toward devolution.

We are restorationists and not secessionists.Mqondisi Moyo, president of the Mthwakazi Republic Party

Before colonial rule, the southern African nation was home to the Venda, Kalanga and Tonga, among whom the local languages of Shona and Ndebele – named after the country’s largest majority and minority groups – were spoken. As a result, locals often refer to members of these smaller groups as either Shona or Ndebele.

Present-day Matabeleland is a diverse area with more than 15 different cultural groups, but many people born in the region have migrated. Some experts say the massacre of 20,000 Ndebele people, carried out by the military between 1983 and 1984, spurred the move. However, others say few formal employment opportunities are what forced some people to leave the region.

Two of the region’s three provinces have the country’s least economically active populations, according to a 2017 Zimbabwe National Statistics Agency report. Moyo says that secession could help to create more economic activity and employment across the region because native people can manage natural resources and major exports, such as gold and timber, that come from the region.

“The idea of secession is a far-fetched idea that does not bring intended development to Matabeleland,” says the representative from the opposition party.

Representatives from ZANU-PF, the ruling party, also say that secession is out of the question.

The idea of secession is a far-fetched idea that does not bring intended development to Matabeleland. As ZAPU, we fought for the liberation of the country and not for Matabeleland only, so we don’t believe in the country being separated.Iphithule Maphosa, a Bulawayo-based spokesman for the Zimbabwe African People’s Union

“We are one people, and we should not be divided,” says Joseph Tshuma, a parliamentary member. Instead, Tshuma and other politicians here suggest the transfer of power from national government to a regional government.

Edwin Ndlovu, the spokesman for the People’s Democratic Party, identifies as a devolutionist. But he says secessionists and devolutionists are equally economically motivated in their quest for change.

“Although we do not share the same views with those advocating for secession, we do understand them and to some extent sympathize with them,” he says.

In 2013, a new Constitution that permits devolution was adopted. This model of governance is citizen-centered, says Josphat Mzaca Ngulube, an independent candidate running for the Bulawayo South parliamentary seat. Devolution of power to Matabeleland will allow for increased political participation, he says.