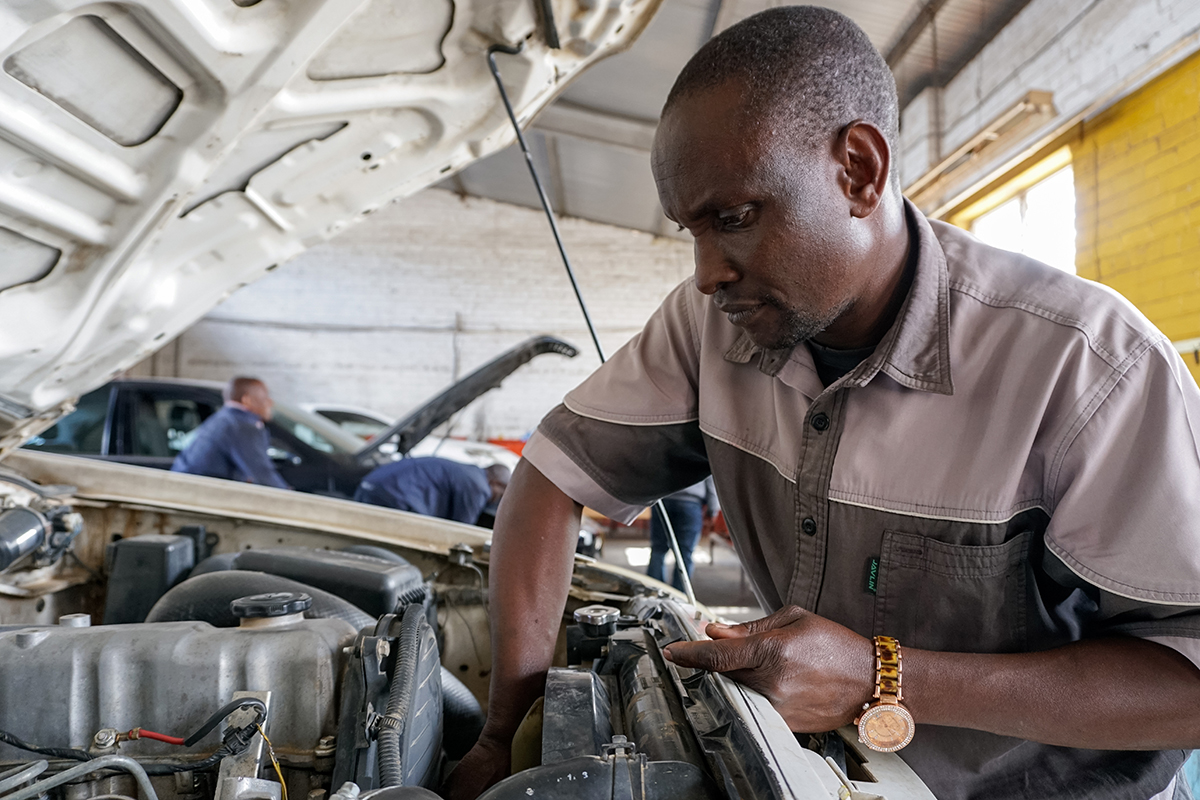 HARARE, ZIMBABWE – At a fuel station near the Zindoga shopping center in the Waterfalls suburb of Zimbabwe’s capital, vehicles that use petrol queue to the left, and those that take diesel queue to the right.

Zimbabwe has faced an acute fuel shortage since September 2018. But the shortage is just one of several challenges that drivers here now face.

Atop the list of drivers’ complaints is the Zimbabwean government’s mandate to blend ethanol, a renewable fuel made from plants, into regular unleaded fuel, called a petrol blend here. So while prices at the pump soar, drivers say that the blended fuel lessens engine efficiency, damages their cars and reduces mileage per tank.

Selling fuel that has not been blended with ethanol has been illegal here for years. Leaving drivers, like David Kamusingo, a driver in the fuel line, without an option.

“Ever since the government mandated fuel suppliers to blend unleaded fuel with ethanol, the fuel does not last long, but its cost remains high,” he says. “I used to use way less money on fuel than I do now. The fuel is diluted, it does not last long; and yet my earnings have not increased.” 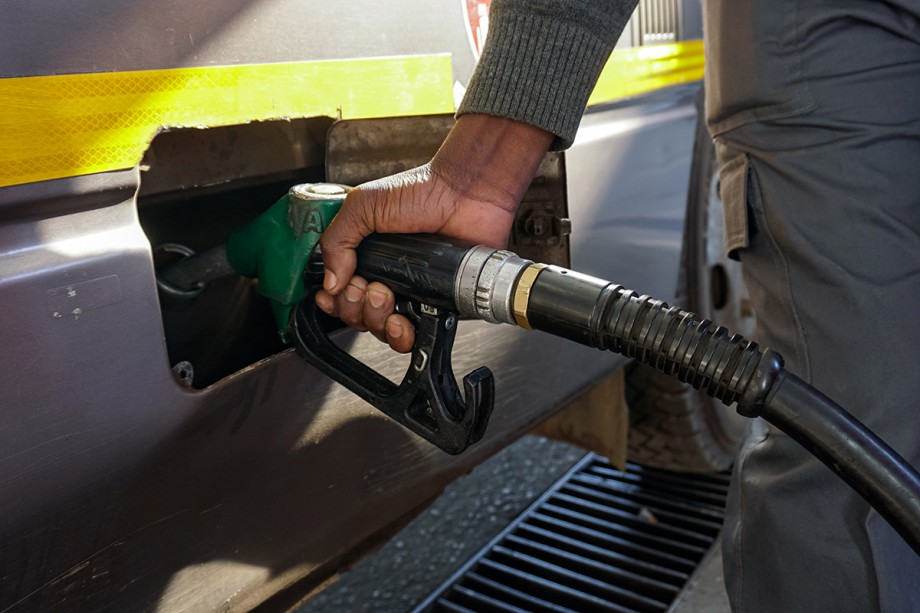 Thanks to a year-long fuel shortage, drivers’ only option is fuel blended with ethanol.

Eddington Mazambani, the acting chief executive officer at the Zimbabwe Energy Regulatory Authority, says there were multiple motivations for the country to begin mandatory blending.

“Fuel blending was introduced for economic, social and environmental reasons, which include energy security, as ethanol blends increase the fuel pool of the country and reduces unleaded petrol imports into the country thus saving foreign currency,” Mazambani said in a written response to GPJ.

The government requirement to blend ethanol into fuel increased from 5% to 20% this year. Despite that adjustment, fuel continues to be scarce and its cost has risen nearly 750% in nine months, soaring from 1.32 Zimbabwean dollars (ZWL) (11 cents) to 11.55 ZWL (87 cents) per liter amid increases in prices of other basic commodities. Motorists say the increase in the percentage of ethanol has led to the fuel depleting at a faster rate.

Importers have a directive to sell fuel blended with 20% ethanol, although earlier this year the percentage blend was reduced to 5% due to the unavailability of ethanol. Effects of the rainy season, combined with high demand for fuel, has left Green Fuel, the country’s main ethanol producer, unable to harvest enough sugar cane to meet demand for ethanol, says Merit Rumema, the company’s corporate social responsibility and marketing manager.

Itai Mutadza, a petroleum technology lecturer at the Harare Institute of Technology, says there are pros and cons to fuel blending.

“Blending up to an optimum of about 20% improves fuel efficiency, efficiency in terms of the engine,” he says. “It burns better, it reduces gases that are released to the environment. The carbon footprint is reduced.”

On the other hand, “Once you go above 20%, eventually you will damage your engine in the long run,” he says.

Car manufactures agree. Most indicate that the percentage of ethanol should not be above 10%.

Zimbabwe does not have a local car manufacturing industry. Many used cars are imported secondhand from Japan. Nissan, a major car manufacturer based in Japan, reports that fuel with more than 10% ethanol can damage their cars.

Kelvin Moyo is a motorist who, like other drivers here, does not trust the efficiency of the blended fuel on his imported vehicle.

“There are theories that blended fuel is harmful to engines. I believe this to be true. These cars we are using are all imported from Japan and prior to their importation, they relied on unblended fuel,” he says.

Gift Bonzo, who has been a professional mechanic for 20 years, confirms drivers’ fears.

“In a negative way, blended fuel affects the cars we have now that are imported from Japan,” he says adding that catalytic converters and fuel injectors are compromised. 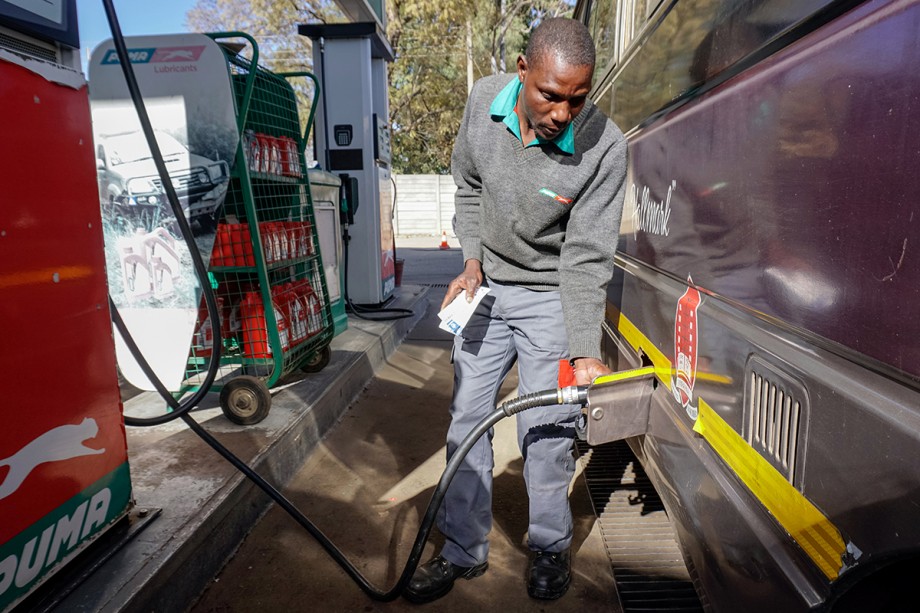 Drivers wait in long lines to refuel their vehicles. Regular, unleaded fuel is now illegal to sell; the only option is fuel that has been blended with 20% ethanol.

“Here, we blend with ethanol and ethanol has sugar content which at times clogs in injector pumps. We used to have cars that were manufactured locally which do not have electrical injectors, but those were more compatible with blended fuel,” he says.

“These cars are labeled so that they are compatible with unleaded fuel only, but because the consumer has no option, they just end up using the fuel that is available. I think people are supposed to be given a choice on the fuel depending on the value and the compatibility of the fuel with their car,” says Bonzo.

But that choice isn’t available to drivers here.

“It’s not a forcing matter,” says Kamusingo, the motorist in the line at the Waterfalls fuel station. “But one should have freedom of choice as alluded in the Zimbabwean constitution.”