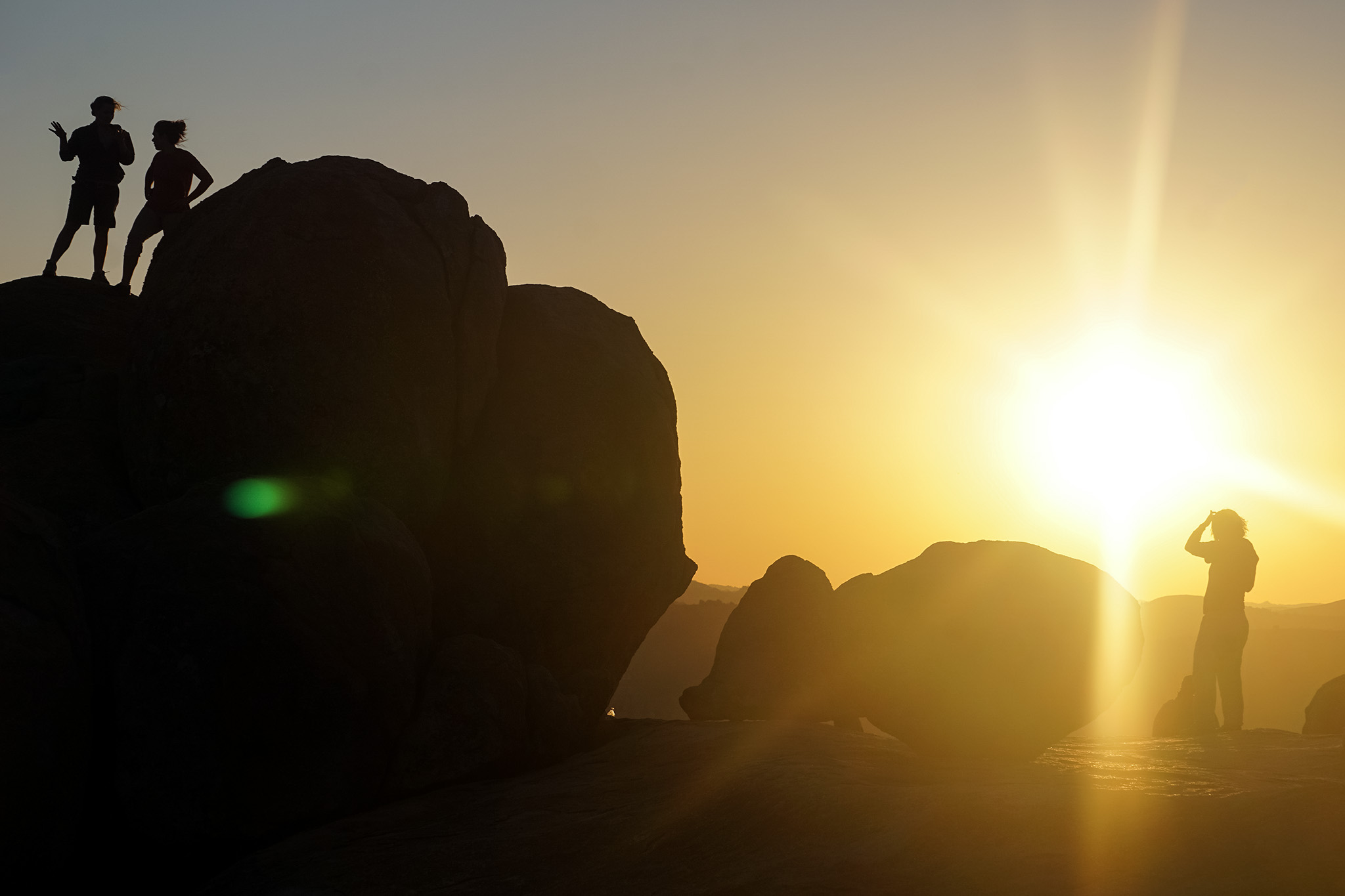 MATOBO, ZIMBABWE — People come to the Njelele shrine inside a sacred cave on the southwestern edge of Zimbabwe’s Matopos National Park for many reasons.

Unmarried women travel to it hoping to find matrimonial luck.

Couples struggling to conceive visit to ask their ancestors for help.

Local lore says the shrine even has the power to bring rain.

Amid the beauty and power of the shrine and its surrounding Matobo Hills lies a piece of Zimbabwe’s troubled history: the remains of Cecil John Rhodes. 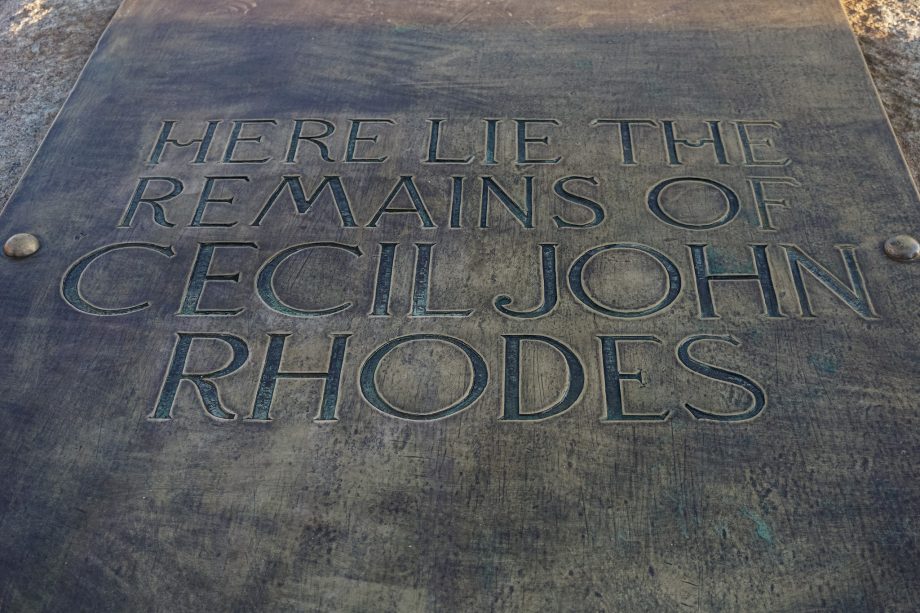 Cecil John Rhodes, a controversial political figure in Zimbabwe, is buried in Matopos National Park, where foreign tourists pay $15 to enter the park and an extra $10 to view the gravesite. Many Zimbabweans want Rhodes’ remains gone.

Rhodes was a controversial 19th-century British businessman, a colonial politician, the founder of the Rhodes scholarship and namesake of the former Rhodesia, now Zimbabwe.

Rhodes was buried here in 1902 – and Evelyn Chiunya, a custodian of culture and history at the Njelele shrine, wants him out.

She is part of a growing chorus of Zimbabweans who want to exhume Rhodes’ body.

Rhodes’ legacy is tethered to Zimbabwe’s complicated history between black and white Zimbabweans.

Calls for his exhumation date back to the early 1980s as Zimbabwe emerged from colonial rule, says historian Phathisa Nyathi. As land owned by British settlers was seized by the new government and given to black Zimbabweans, people began calling for Rhodes’ exhumation too.

As a tourist site within Matopos National Park, his grave is legally protected under the jurisdiction of the National Museums and Monuments of Zimbabwe. For now, authorities have closed the gravesite to tourists in response to the coronavirus. But this temporary closure hasn’t paused the debate over whether to exhume Rhodes’ remains and send them out of the country. 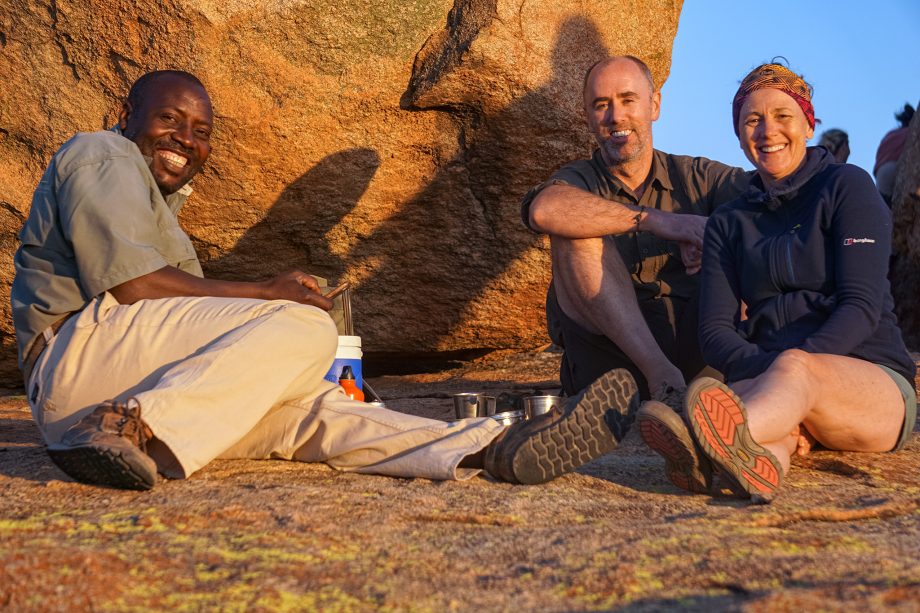 Howard Ncube (left), a tour guide, shares afternoon tea with a British couple atop the Matobo Hills World’s View site. His historical lesson about the life of Cecil John Rhodes includes a description of how the businessman interacted with locals.

Many remember him as a ruthless businessman and colonialist. He founded the De Beers diamond firm, and some historians say his efforts to change laws about voting, land ownership and employment to favor South Africa’s white minority fueled the apartheid movement that began in the mid-20th century. The presence of his gravesite here fuels intense debate about whether the remains of a man perceived to have exploited black Africans for immense wealth belong in today’s Zimbabwe.

Pritchard Zhou, CEO of the Zimbabwe Heritage Trust, is leading the movement to exhume Rhodes. Zhou, 70, says the presence of his remains at Matopos National Park, often known by local residents as Matobo National Park, is an assault on the history and beliefs of Zimbabweans, who suffered torture and abuse from colonialists.

“Rhodes wanted to defile that place; this is why he decided to be buried there,” Zhou says. “Now, our children go there to look at a white man’s grave.”

The movement to exhume Rhodes’ remains is building. An activist group known as Sangano Munhumutapa led the rallying cry. The #RhodesMustFall movement in neighboring South Africa inspired a wave of requests and helped spur an online petition that has collected 212 signatures to date.

Butholezwe Nyathi, regional director for the National Gallery of Zimbabwe in Bulawayo, Zimbabwe’s second-largest city, sympathizes with calls for exhumation on the grounds of culture and dignity. “The most important thing for now is to reinterpret the narrative,” he says. “The monument should be used to tell the story of the evil nature of colonialism, taking away a people’s cultural fabric.” 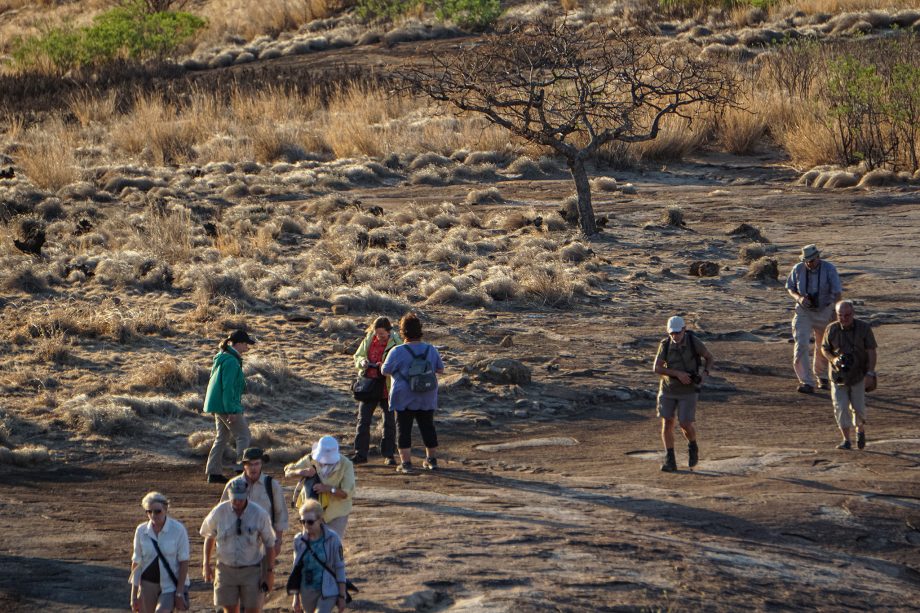 Tourists make their way to the Rhodes gravesite, also known as World’s View, at sunset. It’s popular with German and British visitors as well as local primary school children on educational visits.

Not everyone agrees with the exhumation movement. Misheck Dube, 80, has lived in Matobo all his life. While he doesn’t approve of Rhodes’ choice of burial site, he wants the country to move on. Dube believes Rhodes was buried there after locals performed certain rituals to appease the ancestors.

“He had a good relationship with the Ndebele chiefs; he cannot have been buried just like that,” he says. “If we exhume him, we risk angering the ancestors or annulling an agreement we have little insight into.”

In his will, Rhodes named Matobo Hills as his preferred burial site. Locals call the hill where Rhodes lies “Malindadzimu,” a Kalanga-language word meaning “where the spirits rest” or “the burial place.”

Despite the ongoing calls for exhumation, there is no political will to support it, Nyathi, the historian, says.

Former President Robert Mugabe was against exhuming Rhodes, suggesting that he was paying taxes through tourism while lying in that grave, Nyathi recalls.

The new government, which ousted Mugabe and took power in 2017, isn’t likely to support exhumation either.

“I do not think any of these calls will be entertained in this new political landscape in Zimbabwe,” Nyathi says. “I do not see Rhodes being exhumed.” 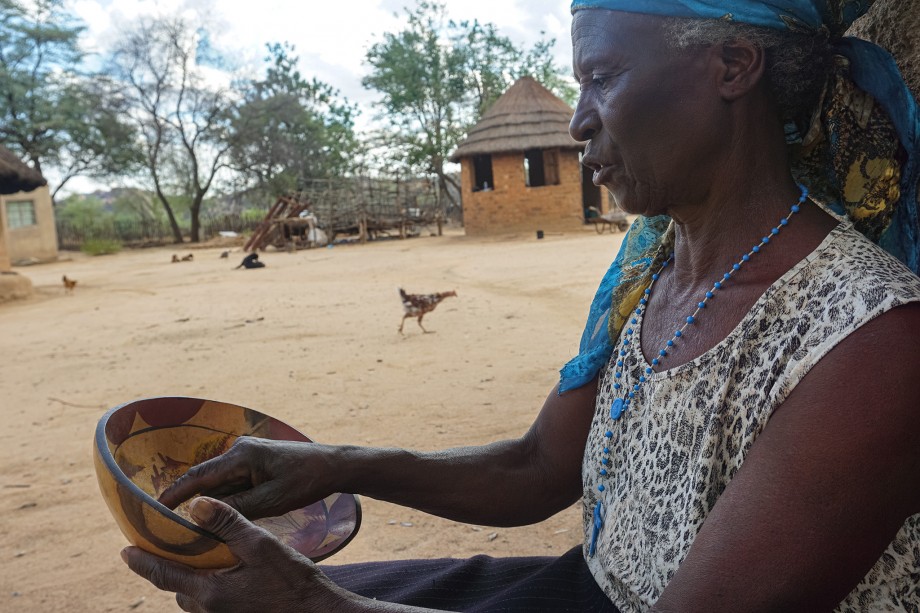 Effie Moyo decorates curios, such as handmade bowls, to sell to tourists who come to Matobo. All of Moyo’s children and extended family are trained in this craft.

Steady income and tourism to the site motivates some locals to support the gravesite.

“I do not want to hear this nonsense about exhuming Rhodes’ grave,” says Moyo, who settled in the area a year after Zimbabwe established independence from colonial rule in April 1980. “Matobo will be poor. The people who are pushing this agenda are not even from this community.” 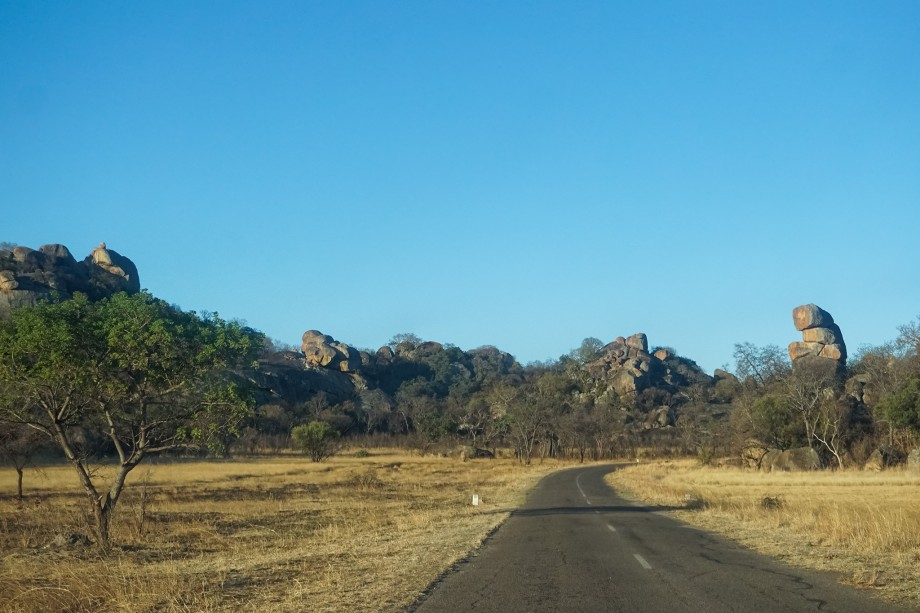 The balancing rocks at Matobo Hills have been associated with early human occupation, around the Stone Age.

Others say the grave should be left alone and the country should just move forward.

“Exhumation is being reactive; we are just being angry,” says Godfrey Mahachi, executive director of the National Museums and Monuments of Zimbabwe. He believes Rhodes’ gravesite and the National Heroes Acre in Harare, where liberation war heroes are buried, together tell a more complete story about the country’s colonial past. “We owe it to the next generation to have access to this sad chapter in our history.”