HARARE, ZIMBABWE — About five years ago, Daniel Chihwayi had a place he could call home. It was a one-room rental in Matapi Flats in Mbare, a high-density suburb south of Harare, which he shared with his wife and three daughters. It wasn’t the best living arrangement. It was too small for his family, and the general living conditions were squalid. But it’s what he could afford, costing him about $20 a month.

But in 2018, a fire gutted the entire flat, leaving Chihwayi and other families out in the cold. As a temporary solution, the then-area councilor housed them in a run-down workshop opposite the ruins of what used to be their flat, promising them a more permanent solution. Today, Chihwayi and his family still live in this workshop, which is partitioned with boards and houses about 15 families.

If he could afford rent elsewhere in Harare, Zimbabwe’s capital, Chihwayi would have already moved. But a place elsewhere in the city would cost him double what he used to pay in Matapi Flats.

The situation exemplifies the consequence of a growing housing shortage in Harare, where cheap rental housing is rare and home ownership remains a dream for many.

In Harare, where about 16% of Zimbabwe’s population lives, few people own homes. About 46% live in rented accommodations, according to the 2017 Inter-Censal Demographic Survey.

For those hoping to own, the current waiting list — a program in which aspiring homeowners pay an annual amount so the government can allocate them land to construct a house — is about 800,000, an increase from 151,000 in 2019, says Innocent Ruwende, the Harare City Council’s acting corporate communications manager.

Given the difficulty of owning a home, most opt for rented accommodations. Those who can’t afford to rent in the suburbs, where rents are expensive, go for cheap government housing such as Matapi Flats.

The flats are part of a government low-cost housing program dating to the British colonial government. They were constructed to accommodate government workers. Most are single rooms, ideal for one person, but now occupied by larger families. They are poorly maintained, but many who rent them do so because they are more affordable than other rented accommodations across the city. 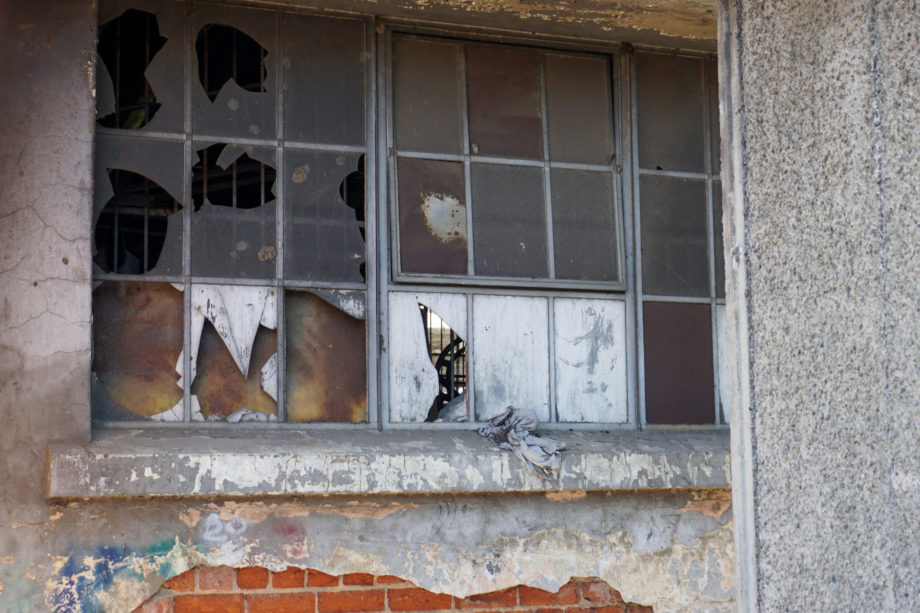 Outside the flats, it’s common to see children lost in their games, unruffled by pools of open sewage nearby.

Chihwayi worries about dilapidated conditions in Matapi Flats, which he calls a public health concern. “We frequently have sewer bursts. The area is highly infested with mosquitoes because of stagnant pools of sewage, and rats are a menace,” he says.

Although residents have tried to make the place habitable — a responsibility of the municipality — diseases and infections such as flu, malaria and diarrhea are common, Chihwayi says.

A 2021 study by Dialogue on Shelter Trust, an organization that advocates for affordable housing and infrastructure, blames the poor conditions partly on the city’s obsolete infrastructure, which dates to colonial periods and has been poorly maintained.

The infrastructure is also insufficient for the city’s current population. For example, Harare’s piped water system was designed for a population of about 300,000 in the 1950s, according to a 2021 Human Rights Watch report. Now, it caters to over a million people. 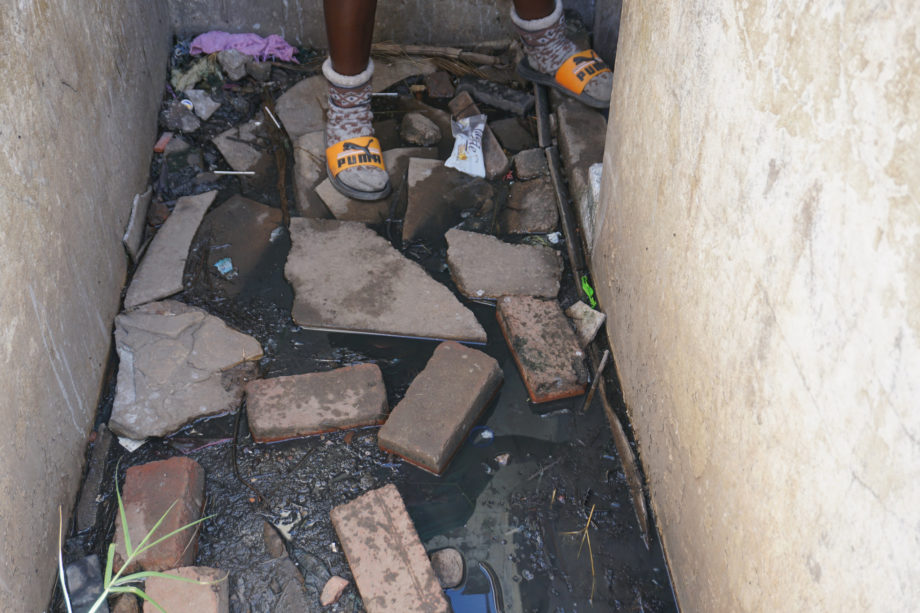 Daniel Chihwayi, who has to walk through this stagnant water to access a toilet, says the living conditions in Matapi Flats in Mbare are a public health concern.

The government is also implementing an urban regeneration initiative to modernize affordable government housing like Matapi Flats, says Daniel Garwe, minister of national housing and social amenities, in a written response to Global Press Journal. To curb the housing shortage, Garwe says, the government will deliver over 470,000 units by 2030 through the National Housing Delivery Programme.

For now, people like Chipo Jiri, 41, will have to wait. Sharing the same room with her 21-year-old son and daughters has been difficult, Jiri says.

Even those who can afford rented accommodations often fall prey to fake housing agents. When Tatenda, who chose to use only her first name for fear of stigma, needed a house, she enlisted the help of housing agents. She had lived with her parents until she got married.

“That’s when I realized it wasn’t easy to secure a house,” she says. 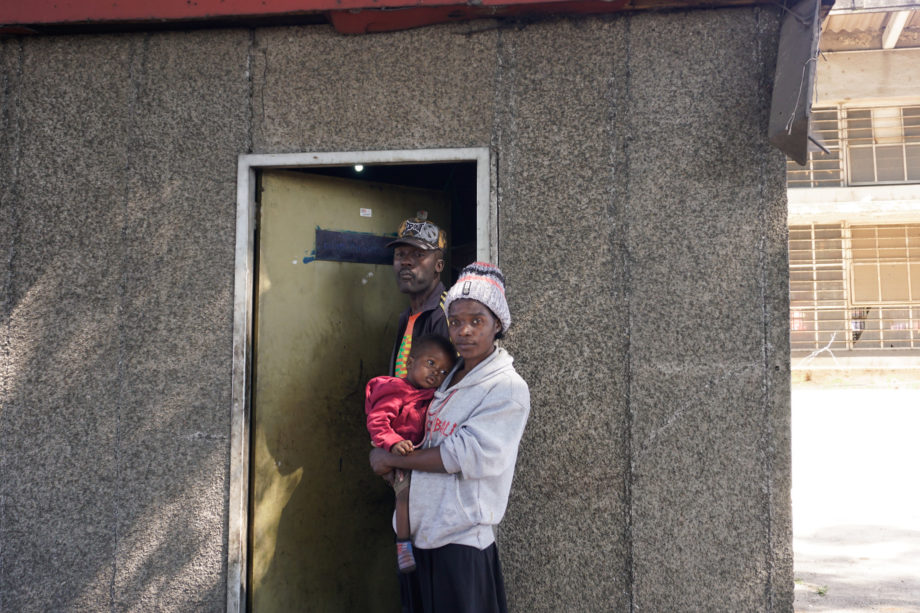 Daniel Chihwayi, his wife and one of their children outside a room they now call home. The room used to be an office for the workshop.

She had seen several groups on Facebook where people could find houses for rent. The first agent she contacted said he had a vacant house, but she needed to pay a $20 viewing fee before he could give her the address. He shared an office location where she could pay the fee, but it was far from Harare. There was another option. She could pay through mobile money, then the agent would send her the address.

“After I sent the money, he then became unavailable, and I was blocked on his mobile phone,” she says.

She thought the first time was only bad luck. So, she tried again — a different agent — and found herself in the same conundrum.

Reuben Akhili, programs manager for the Combined Harare Residents Association, which advocates for municipal services and local governance on behalf of residents, says the association has witnessed an increase in unscrupulous third-party agents. Some of the houses they advertise are already occupied, he says.

“It has become a scheme of fleecing people money because they have seen a gap in the availability of housing,” he says. 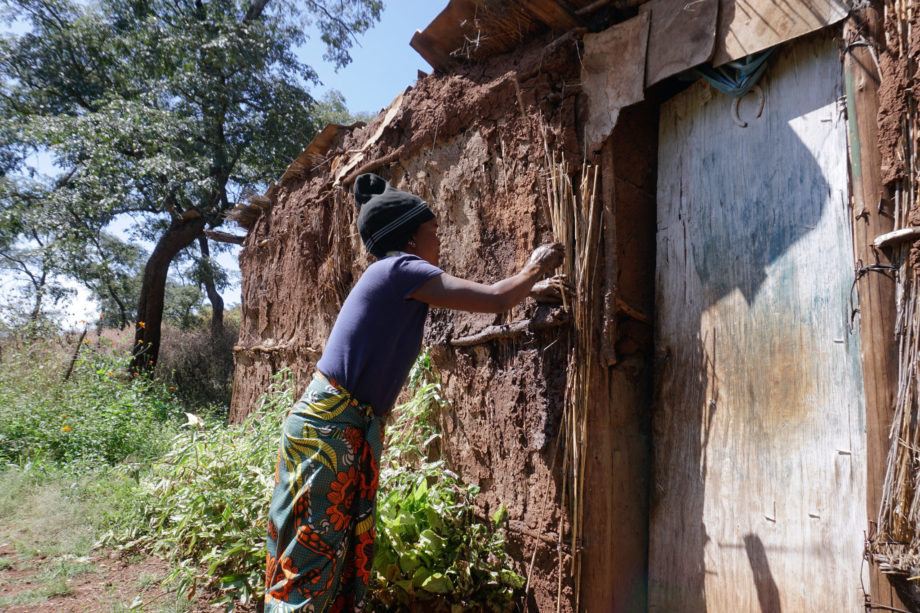 Ruth Mberi plasters her home with mud in Shawasha Hills, an affluent suburb east of Harare. “A lot of people call us squatters, and it’s something that pains me,” she says.

In a written response to Global Press Journal, Nicodemus Kuipa, chairman of the Estate Agents Council of Zimbabwe, says such unscrupulous housing agents are not registered with the council.

“Their operations are not provided for in the Estate Agents Act,” he writes. “The Act provides for the functions and powers of the Estate Agents Council, the registration of estate agents, and the regulation of the practice of estate agents in Zimbabwe. The Act does not cater for [unregistered] housing agents and as such they are ‘bogus’ and operating outside the law.”

The Estate Agents Council of Zimbabwe and the police are working to root them out, Kuipa says. He urges those looking for rentals to first confirm agents’ registration with the council before enlisting their service.

Just a few meters off Shawasha Hills, an affluent suburb east of Harare, makeshift structures line the road. Ruth Mberi, a mother of two, has lived here since 2013. She built her house with mud, reeds, thatching grass and poles.

“A lot of people call us squatters, and it’s something that pains me,” she says.

Ruth Mberi and her daughter sit inside their makeshift home in Shawasha Hills.

Although Mberi finds relief in the fact that she doesn’t have to pay rent, she has no access to water or proper sanitation facilities. “I use a pit latrine which is 2 meters deep. It’s not built up. I just dug a hole and laid some scrap metal as the floor and erected a thatched wall around it,” she says.

She adds that in December, land developers came to peg housing stands in the area. “I was told that we should be prepared to move, but because I do not have anywhere else to go, I just wait for that day to come and will see what I will do then,” she says.

An estimated 33.5% of the urban population in Zimbabwe lives in informal settlements, according to a 2018 study by Dialogue on Shelter Trust.

These settlements have been growing, says Garwe, and are a health threat to residents. “They lack basic services such as water, sewer, roads, electricity and security of tenure, amongst others,” he says. In some situations, the settlements violate the city’s layout plans because structures are built on undesignated land such as wetlands. 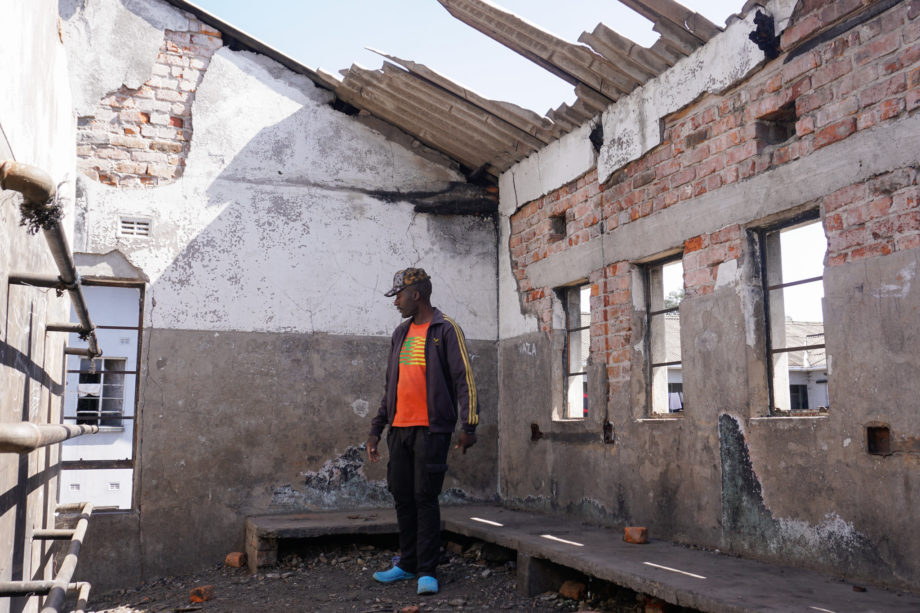 Daniel Chihwayi stands inside the ruins of his rented room in Matapi Flats. Fire destroyed the residence in 2018.

His ministry is on a mission to regularize some informal settlements to ensure that they comply with the basic requirements, such as having proper sewer systems, water and roads. Plans are underway, with an initial phase that targets Caledonia in Goromonzi rural district, Harare South, Hatcliffe North, Gimboki South in Mutare and Cowdray Park in Bulawayo.

“Other areas requiring such initiatives will be considered as the program gathers traction,” he says.

Despite current government initiatives, other challenges mean that Chihwayi and others who lack sufficient housing might have to wait longer. For example, construction of at least 10 new housing projects stalled due to chronic underfunding, according to 2021 parliamentary records. Data from the finance ministry also indicates that the National Housing and Social Amenities agency had spent only 17% of its allocated budget (2.8 billion Zimbabwean dollars, or $4.5 million) as of Sept. 30, 2021 — the worst budget utilization rate of all 35 agencies shown in the data. Garwe did not respond to Global Press Journal’s requests for a comment on budget utilization.

Chihwayi hopes to own his own place one day. Renting, he says, isn’t sufficient. “It’s a place you can never be comfortable because you can be told to move any time,” he says. “Even if I get a wooden cabin on a place I call my own, I can stay comfortably.”