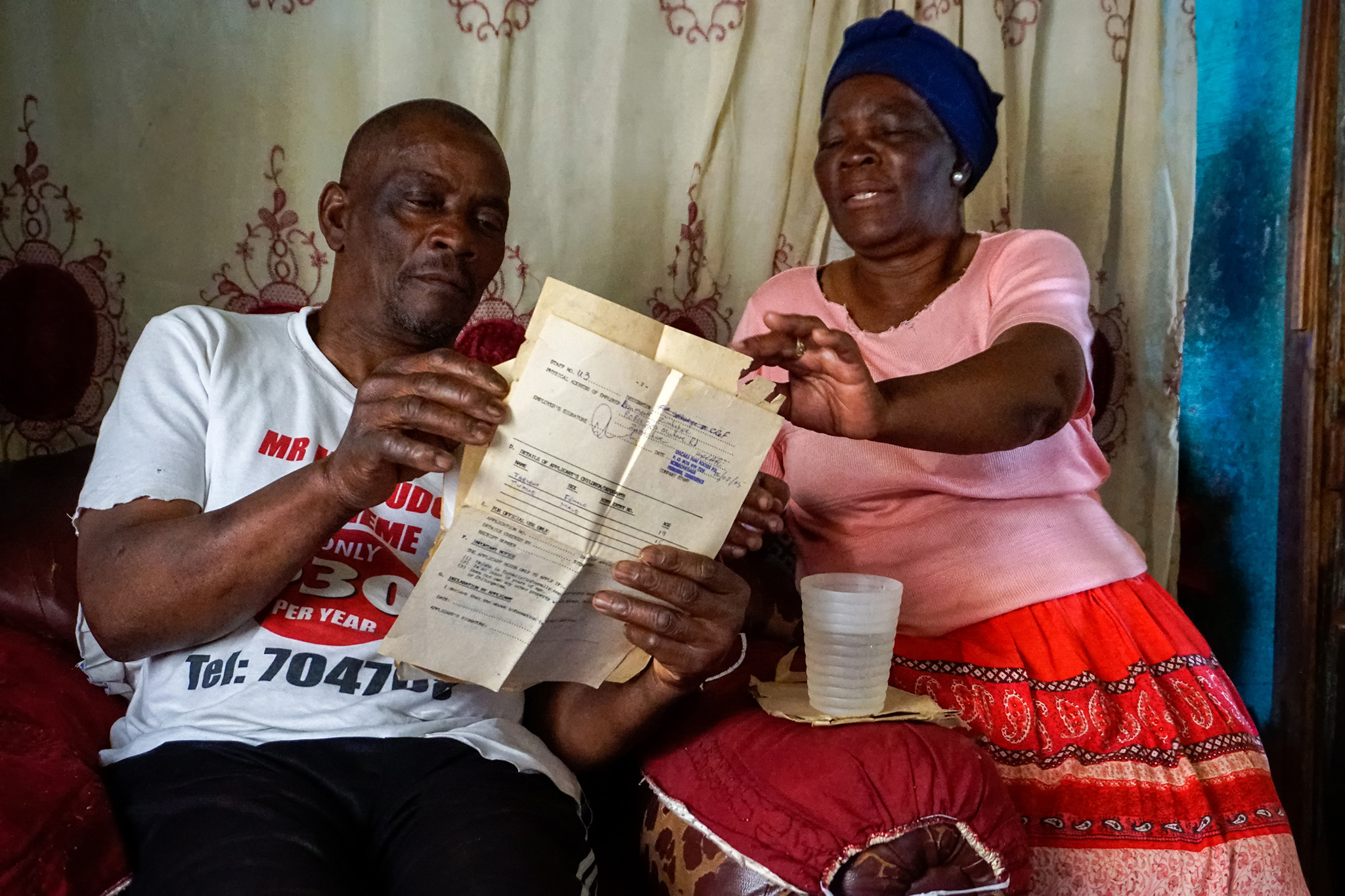 HARARE, ZIMBABWE — Paint peels off the walls of the Madziros’ house.

Now in their 60s, John and Margret Madziro have rented this home since 1999. They’ve tried to buy their own home, but in Zimbabwe, that can be a long and challenging process.

John Madziro says he long had hopes of buying his own home. Beginning in 1982 he joined the city’s housing waiting list, which cost approximately 200 Zimbabwean dollars per year ($12.30), though prices varied as currency changed throughout the years.

He vividly remembers October 20, 1996, when he was finally called in to collect the keys to a house in Tynwald South, in western Harare, Zimbabwe’s capital.

But when he arrived, officials told him the decision had been reversed. He was never told why.

He has remained a renter ever since.

Land allocations for aspiring homeowners are difficult to come by. The process, controlled by the Harare City Council, is a complex mix of high demand, poor infrastructure and alleged corruption.

Officials say long waits are mostly due to the slow pace of building infrastructure, like roads and sewers, in new neighborhoods around the capital. These infrastructure projects used to be funded by the General Development Fund, but city council officials say the council hasn’t received funding since 1998, thanks to nationwide financial constraints.

The country’s ongoing cash shortage and chaotic currency policies, which culminated with the announcement of a new formal currency and a ban on foreign currency in June, fuel the housing shortage.

According to the 2015 National Report for Habitat III, the most recent available, there is a shortage of 1.25 million housing units, enough to house more than 5 million people. In Harare alone, more than 151,000 people are on the housing waitlist.

Edmore Nhekairo, director of Housing and Community Services at the Harare City Council, says the waitlist started due to demand for home ownership when rural residents began moving to cities in the 1980s.

After Zimbabwe gained independence, some urban rental accommodations were converted to rent-to-buy agreements, which allowed black Zimbabweans to own homes in urban areas.

But that didn’t help the Madziros. Margret Madziro says they were devastated when they lost their housing allocation. Unable to pay the monthly fee after so many years, the couple eventually joined a housing cooperative in 2008.

Housing cooperatives are formed by a group of people who come together to buy land for residential purposes. The Madziros hoped it would be a better option because they knew a number of people who had been successful in getting houses through cooperatives.

But nothing came of that either.

“We were once allocated again under the cooperative, but we were stopped from developing the stand and told that the land belonged to someone else. And we were back to the same position,” Margret Madziro says. (A stand refers to a plot of land without a house on it.) Seven years later, in 2014, they stopped paying the monthly $75 fee, when U.S. dollars was the primary currency here, to the cooperative too.

So far, the couple says they have paid thousands of both U.S. dollars and Zimbabwean dollars in waiting list and subscription fees.

John Madziro says it is difficult to get anything if you don’t know anyone in higher office.

“If I knew someone within the council, I could have gotten a house a long time ago,” he says.

Allegations of corruption are nothing new for the city council and the housing waiting list.

Nhekairo says he can’t deny ongoing corruption, because the housing waitlist is not electronic and is therefore prone to manipulation.

“The housing waiting list is renewable after every 12 months, but as for how long one can be on the waiting list, there is no cut and dry answer. Basically, it is because of our inability to meet the demand of housing,” he says.

Nhekairo says the fees pay for stationery and other administrative costs and to gauge the seriousness of the prospective homeowner.

“Our intention is that those on the waiting list will get a house, but in the unfortunate event that you do not get a house, there will be no refunds because the money is used for administrative purposes,” he says.

Reuben Akili, program manager of the Combined Harare Residents Association, an organization that advocates for effective, transparent and affordable housing, says the recent fee hikes to remain on the waitlist demonstrate that the list has become a mechanism to fundraise rather than to fulfill the right to shelter.

“The scheme has been marred with grand corruption,” he says, adding that it is not uncommon for one plot to be allocated to as many as three people on the list.

Nhekairo says the list fee was created to establish clear demand for housing, not to fundraise. But he says he’s aware of the allegations of corruption and hopes to have the list computerized soon.

City council leaders say they know the system must be updated to meet demand. But Nhekairo says there are complicating factors.

The country’s ongoing economic crisis has made homeownership increasingly out of reach for ordinary Zimbabweans. Nhekairo says the major challenge has been the provision of offsite infrastructure, which includes bulk sewage treatment works, water treatment works and other services, such as roads.

But without support from the General Development Fund, improvements aren’t likely anytime soon.

Tariro Chidhau, 40, says she joined the housing waiting list in February 2016 because she was tired of renting.

“I started renting a two-room cottage in 2003, but when my family grew, I moved into a three-room house,” she says.

She joined the housing waiting list after other people advised her to do so, but more than three years later, nothing has materialized.

“Every time when I go to pay for the yearly renewal to be on the waiting list, I always ask if there are any prospects,” she says. “But I’m always told that there is nothing—and if there is anything, we will be contacted.”