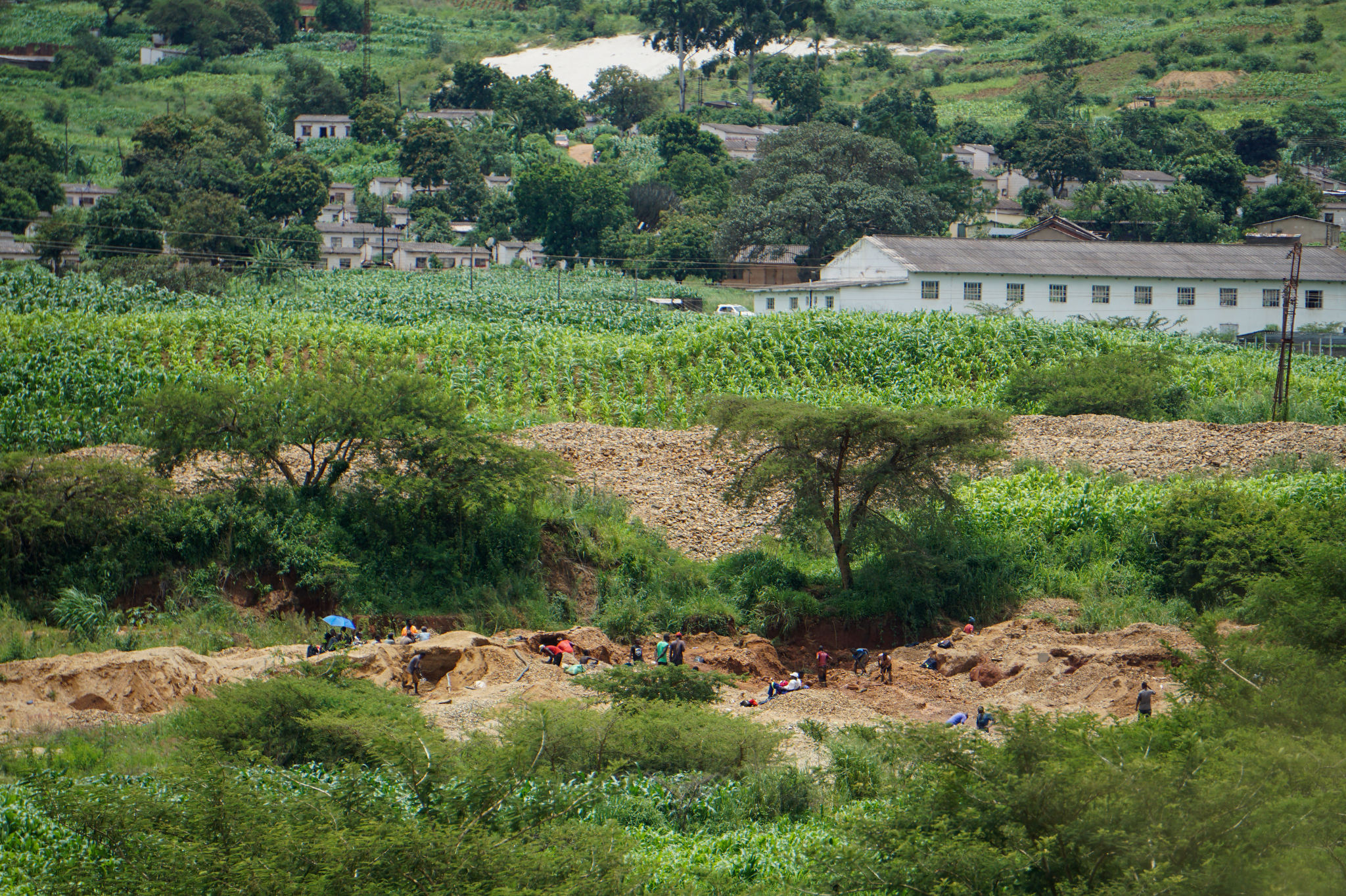 The town’s lack of water and ablution facilities leaves a pervasive stench of feces and urine. In the rainy season, potholed roads fill with water.

Nearly 400 kilometers (248 miles) to the northeast sits Mutare, a city in Zimbabwe’s eastern highlands, where Redwing mine is located. Along one road, children have just filled their buckets at a burst pipe. Their homes don’t have running water.

These scenes repeat themselves throughout Zimbabwe’s mining towns, as critics of the government say weak laws and policies, combined with a lack of transparency, have left these communities flailing.

The towns are rich in mineral resources. But their people are among the country’s poorest.

“To say they are not benefiting much [from mining] is an understatement,” says Farai Maguwu, director of the Centre for Natural Resource Governance, a Zimbabwe-based research and advocacy organization. “Reality is they are not benefiting anything. In fact, mining is further impoverishing them by attacking their environment, which they depend on for livelihoods.” 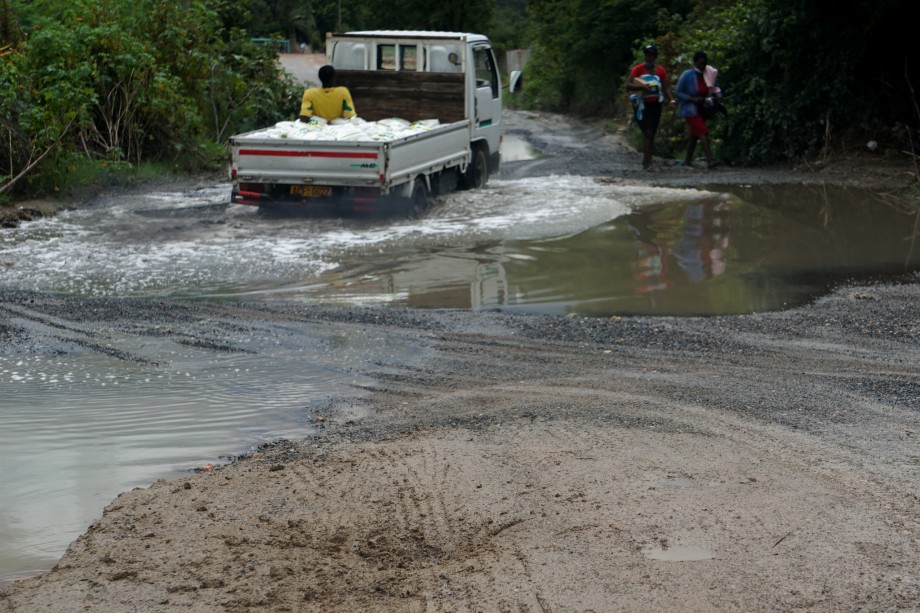 Roads in some mining towns are impassable when it rains.

Zimbabwe boasts more than 60 types of minerals, and about 40 are already being mined. At least 4,000 gold deposits dot the country, along with platinum, chrome, lithium, coal, diamonds and more.

Diamonds in Mutare’s Marange fields were worth an estimated $800 billion a decade ago. Zvishavane is blessed with gold, chrome and platinum deposits.

A 2015 Zimbabwe Open University study on mineral revenue argues that “governments and mining companies promise communities from which minerals are mined both social and economic benefits, but still there are no tangible benefits that go to these communities.”

Another study, in 2012 by the Institute of Environmental Studies, found that more than 90% of households involved with mineral extraction lived in poverty.

Midlands province, where Zvishavane is one of several mining towns, is one of the country’s most mineral-rich regions, but it’s saddled with the second-lowest access to basic water services, at 51%, according to a 2019 Zimbabwe Vulnerability Assessment Committee survey. More than half of children in rural Midlands don’t have access to healthy food.

“These towns were built on the back of mining,” Moyo says. “The schools, clinics and housing were a result of mining companies building infrastructure in the towns they were operating in. Zvishavane is a good example of such a town.” 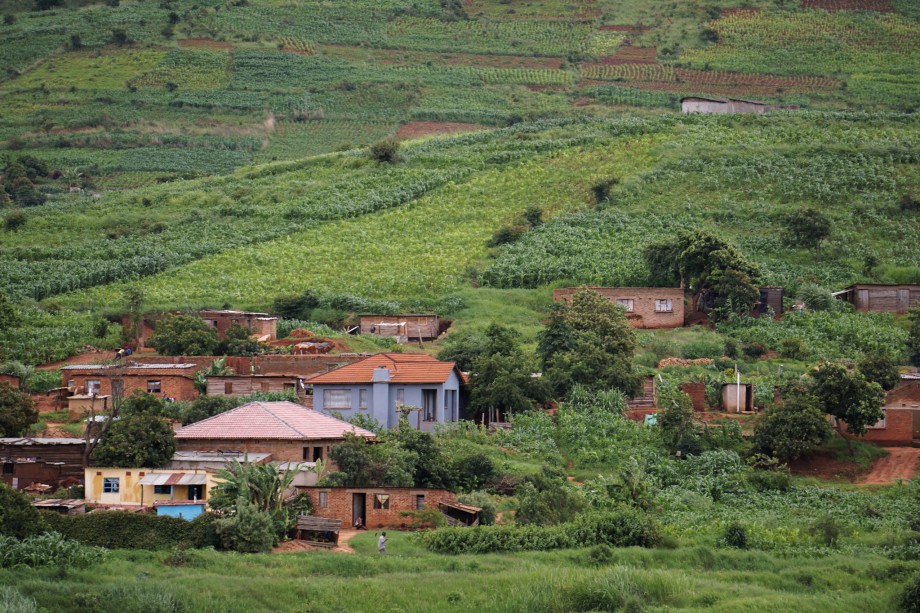 Tinoda Mukutu, Zvishavane’s town secretary, agrees that mining companies have brought schools, clinics and other benefits to the region.

What’s missing, he says, is help from government-backed structures such as community share ownership trusts, which were introduced in 2007 as an offshoot of Zimbabwe’s indigenization law. Amended in 2018, the law was meant to ensure more economic power for black Zimbabweans.

Mining companies gave the trusts one-time payments for income-generation projects. And Moyo says the enterprises do share profits via the community trusts. But activists such as Joyce Nyamukunda are dubious.

Since the change in the indigenization law, towns can’t force mining companies to pay into the trusts, says Nyamukunda, coordinator of the Zimbabwe chapter of Publish What You Pay, an initiative that promotes the rights of communities affected by mineral extraction.

“There is no law that specifically provides a system of allocating revenue collected from mining companies between central government, local authorities and communities,” she says.

In Gwanda, a town in Matabeleland South province in southwest Zimbabwe, the trusts improved access to water, electrified rural areas and provided capital for entrepreneurs.

In platinum- and gold-rich Shurugwi, located 88 kilometers (55 miles) from Zvishavane, old buildings and dilapidated roads mar one part of town. But on another section, the town’s biggest mining company –AngloAmerican Platinum – has erected gleaming new apartments for its employees. 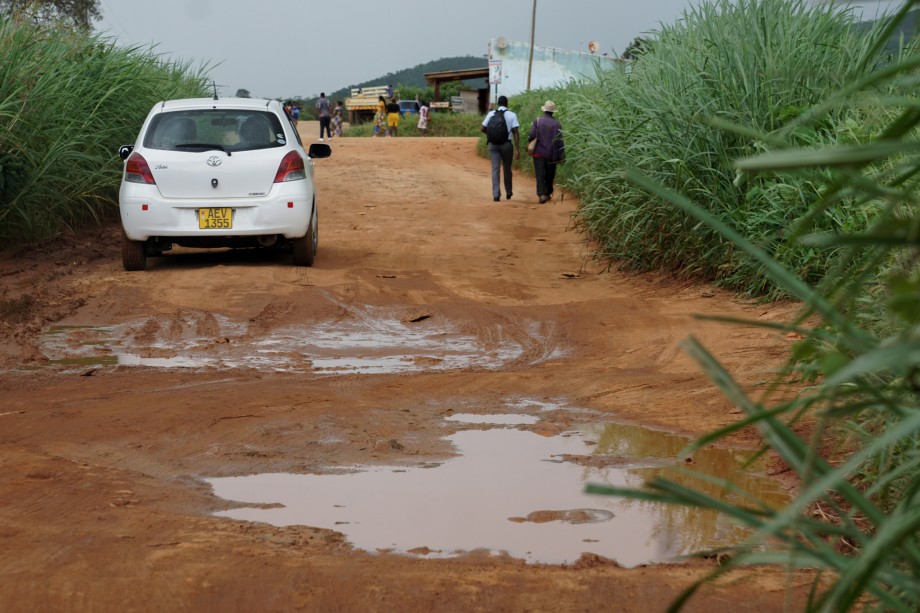 Motorists often have to zigzag through potholed roads in Zimbabwe’s mining towns.

Maguwu, from the Centre for Natural Resource Governance, notes that of Zimbabwe’s 64 registered trusts, only a few can boast of such gains. “They are not serving any purpose because the government is not compelling companies to contribute,” he says.

His organization and other civil society groups also blame a lack of government transparency for holding back mineral-rich communities.

The government fails to provide data about a range of mining-related areas, according to a 2018 Auditor General’s report. Those areas include tax incentives, licenses and mining revenue the government receives.

A decade ago, the government promised more transparency for the mining sector, but officials are still mulling whether to join the global Extractive Industries Transparency Initiative, which mandates that governments release mining revenue data.

“We cannot go blindly into it,” Moyo says. “It takes a lot of planning and consultation. Many think it’s a delay tactic, but it’s not. We just have to do due diligence.”

Maguwu, however, argues that joining the initiative isn’t the solution.

“Global governance mechanisms must be reproduced at the national and local level instead,” he says. “The government, industry, civil society and local communities — including traditional leaders — must be involved in transparency issues. That is how investment decisions [should be] made.”

Vimbai Chinembiri is a Global Press Journal senior reporter based in Zvishavane, Zimbabwe. She specializes in reporting on Zimbabwe’s extractive industries.