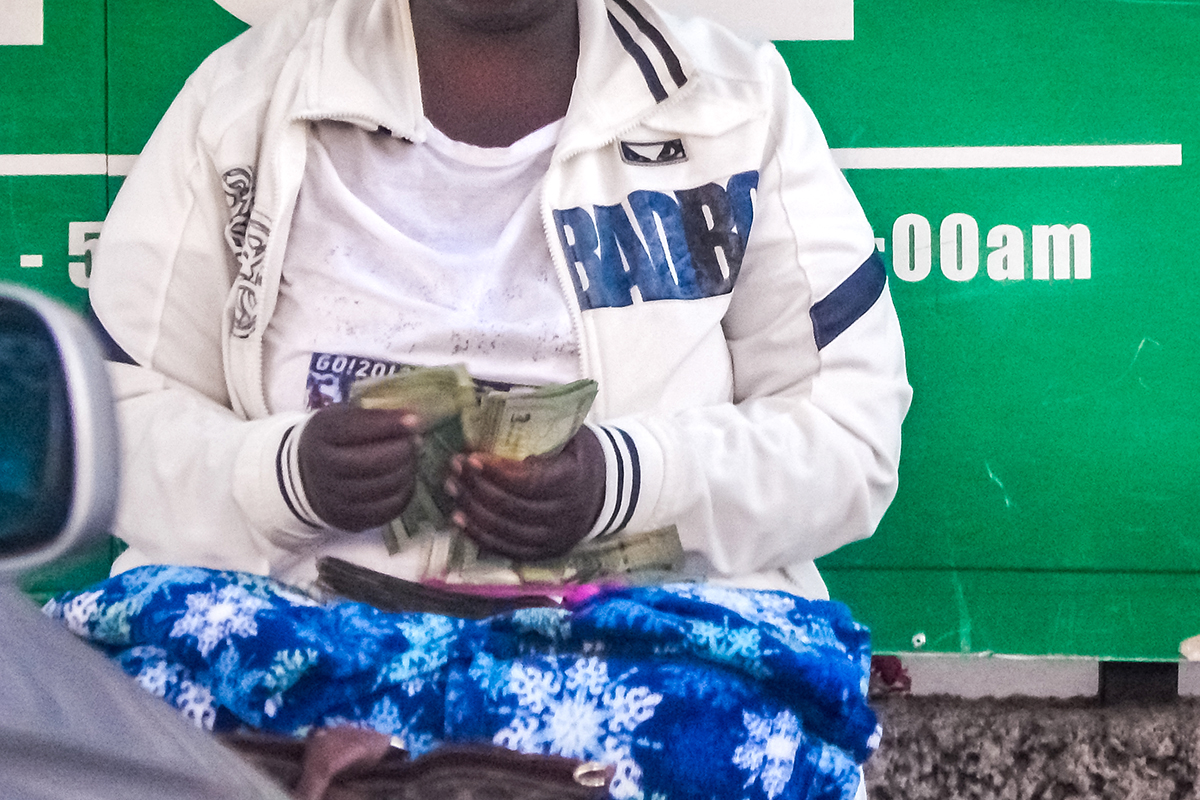 BULAWAYO, ZIMBABWE – Dressed in his smart jeans, T-shirt and white cap, KB, relaxes on a rattan chair along the pavement, waving a bunch of money.

Taking a closer look, one can see various currencies in his hands. Once he realizes you are looking at his stash, he immediately assumes you need foreign currency.

“NgilamaRands lamaPula sisi!” he calls out. Translated from IsiNdebele, this means: “I have South African rand and Botswana pulas my sister. Do you need some?”

About 10 years ago, it was scandalous to be seen openly selling foreign currency, but nowadays it’s street fare, as many avoid banks.

His call is well known by everyone passing through a section of Bulawayo, popularly known as the “World Bank.” This is where the black market is situated, and where many illegal foreign currency dealers operate.

Their famous name osiphatheleni, is isiNdebele for what have you brought us, stems from the fact that they stand along the street and broadcast this question.

To end hyperinflation, Zimbabwe in 2009 effectively abandoned its own currency, and demonetized it in 2015. In its place, it allowed use of the U.S. dollar, South Africa rand and other foreign currencies.

One can easily spot them by the bundle of money, comprising various currencies, which they carry around as they do their business.

Exchanging foreign currency with anyone other than a Zimbabwe Reserve Bank-approved authorised currency dealer, such as major banks, is illegal. Black market traders say they aren’t too worried.

Although KB asked that his full name not be used in this story, he says trading foreign currency isn’t something he believes will land him in trouble. His reasoning is that since the country has no currency – only bond notes – he can’t be breaking the law.

“The law speaks about trading the Zimbabwean dollar, but in this case it’s non-existent,” he said.

To end hyperinflation, Zimbabwe in 2009 effectively abandoned its own currency, and demonetized it in 2015. In its place, it allowed use of the U.S. dollar, South Africa rand and other foreign currencies. But after a cash crunch in foreign exchange in 2016, the government introduced Zimbabwean bond notes. Government salaries and social payments are now paid in bond notes, and lines still form as there are limits on withdrawals with banks at times continuing to run out of funds.

Meanwhile, while the current rate of the U.S. dollar to the bond note is officially $1:1. In the black market, you get more for the dollar, where the going rate is a bit more, $1:1.10 bond note. 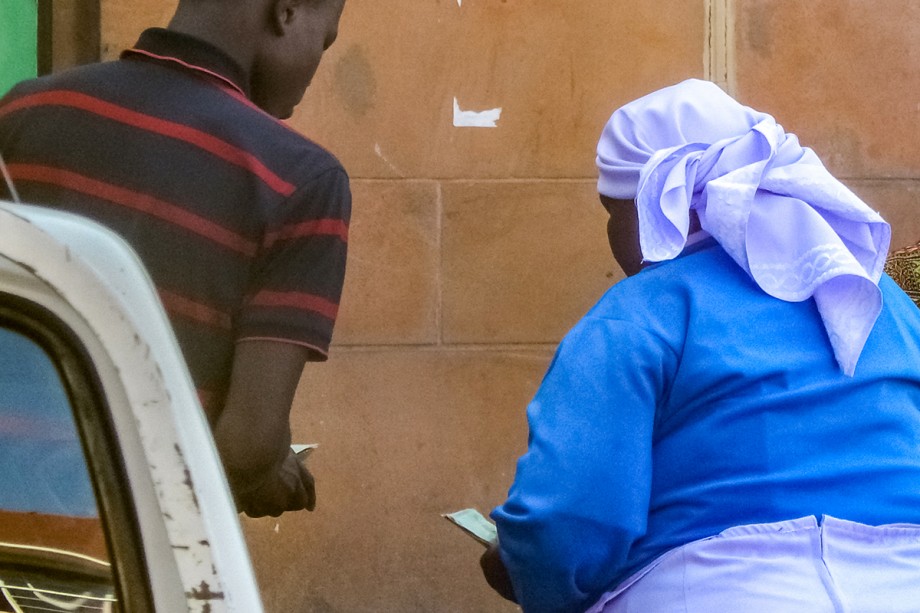 Sithembile Nkomo, a cross-border goods trader, says she doesn’t have a bank account and has no intention of opening one. She doesn’t trust the banking system and keeps her money in her home, she says.

“When I need foreign currency, I go to the black market because I know these money dealers always have the money and they have any currency I may prefer,” she says.

Norman Mapanzure, an accounts clerk, says has no choice but to have a bank account as his employer insists on it.

He gets paid $400 each month and laments that he can only access $50 a day in bond notes from the bank.

“If I could withdraw all my money from the bank at once, at least I could go buy the U.S. dollar from the black market and save my money in foreign currency,” he said.

An official from CBZ Bank Limited, the partially privatized successor to the government-owned Commercial Bank of Zimbabwe, who asked not to be quoted by name for fear of losing her job, says the black market is affecting the banking system as people are no longer use banks unless, like Mapanzure, they are forced to receive their pay through them.

“People prefer to hold on to their foreign currency because once they deposit it in the bank, when they are withdrawing, we give them bond notes, whose value is not as strong as the U.S. dollar,” she says.

A bank official at privately owned Barclays Bank, who also asked not to be named for similar reasons, says business at foreign-owned banks is still robust.

When I need foreign currency, I go to the black market because I know these money dealers always have the money and they have any currency I may prefer.Sithembile Nkomo, a cross-border goods trader

Economist Morris Mpala, managing director of a microfinance institution in the city, says people are keeping their money instead of storing it in banks, and go to the black market when they need to exchange bond notes for other currencies.

Black market currency trading business should be minimal, and “for someone who may need foreign currency on a Sunday when there is no bureau de charge opened,” Mpala says.

He encourages Zimbabweans to use the banking system.

“The individual out there should compromise,” Mpala says. “We can blame government, businesses and the Reserve Bank but all those institutions are made up of individuals and the individual is the only one who can make the situation right.”

KB thinks his trade will continue to be lucrative.

“Things will only go back to normal when we go back to having a currency, otherwise this a situation that will be there for years,” he says.