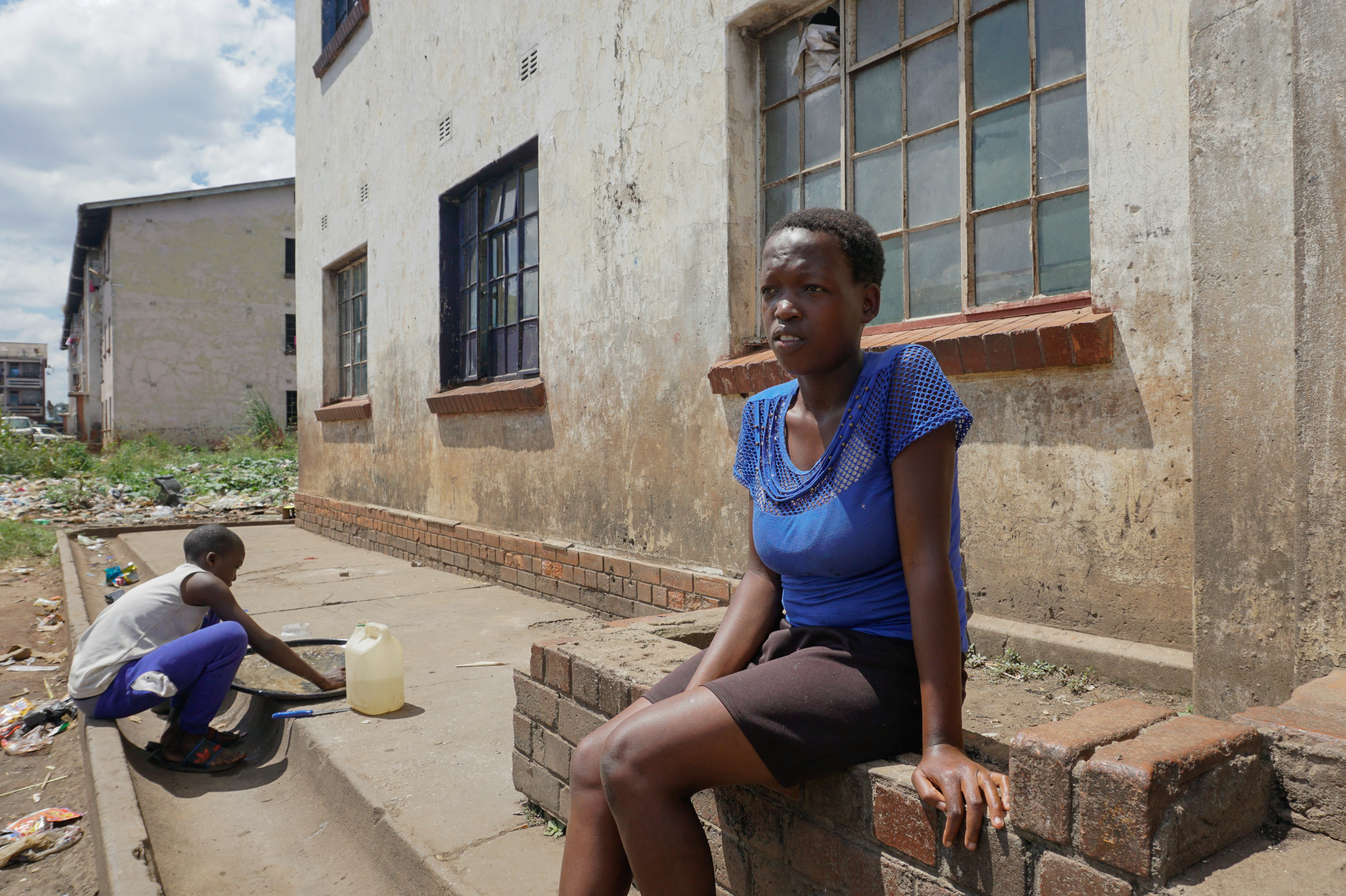 HARARE, ZIMBABWE — Marceline Sandengu basks in the sun outside her apartment, watching a group of children playing in the street. The 18-year-old lives with her grandparents and eight other relatives in a one-room flat in Mbare, a suburb south of the city center. The flat is overcrowded, but soon there will need to be space for one more: Sandengu is five months pregnant and wonders how she will cope.

“Getting pregnant was a mistake. The father of my unborn child ran away, and I haven’t seen him since,” says Sandengu.

Adding to her anxiety is the prospect of returning to school — an option she would not even have had before now. The national Education Act, first passed in 1987, outlawed discrimination against students on the grounds of “race, tribe, place of origin, national or ethnic origin, political opinions, colour, creed or gender.” But it left open the possibility for schools to exclude pregnant students. A 1999 memo from the Ministry of Education stated that secondary school students who became pregnant could be expelled.

Last August, however, lawmakers amended the Education Act to prohibit state schools from expelling pregnant students, a major change that government officials say will help thousands of young girls each year. But students’ and women’s rights organizations argue the reform doesn’t go far enough. Instead of simply allowing pregnant students to remain in school, they say, the government needs to address the additional challenges these teenagers face. 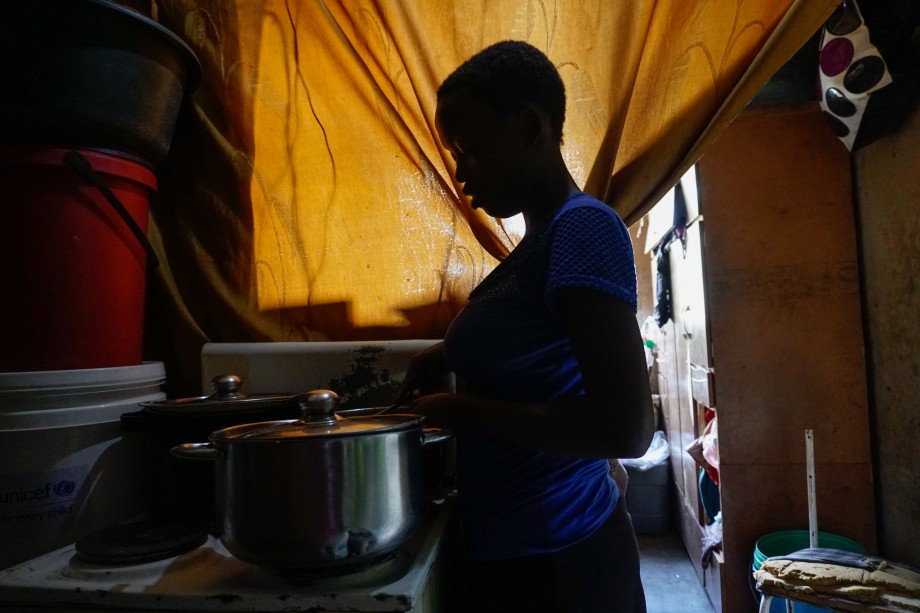 Sandengu, for example, is concerned about how she will be treated by other students and staff members. “It’s difficult for me to go back, as I fear that other students will laugh at me,” she says.

Financial worries are also at the forefront of her mind. Her school fees are 10,000 Zimbabwean dollars (around $120) a year, and she doesn’t know where she will get the money.

“I was already having challenges in paying school fees,” she says. “It will be worse for me with a child.”

Sithembiso Nyoni, minister of Women’s Affairs, Community, and Small and Medium Enterprises Development, says that nearly 5,000 teenagers became pregnant during the country’s coronavirus lockdown last year and that it’s essential they be allowed to continue in school.

“This means that nearly 5,000 of our girls risk losing their educational opportunity if they do not pursue readmission,” Nyoni told parliament in March.

But Petronella Ndoro, the founder of Hold her Hand, a nongovernmental organization that focuses on education, says the new law is insufficient. “There have to be measures protecting these young girls from stigma, from discrimination from the community, teachers and their classmates,” she says.

She says the government should expand education initiatives to include pregnant teenagers and young mothers in school committees and to address their needs in teacher training courses, school counseling and other programs.

“We noticed that most of the teen mothers really want to go back to school but are limited because they still face challenges that end up affecting their mental health,” she says. “People just assume that if you have a child or you are pregnant in school, you are a bad child.” 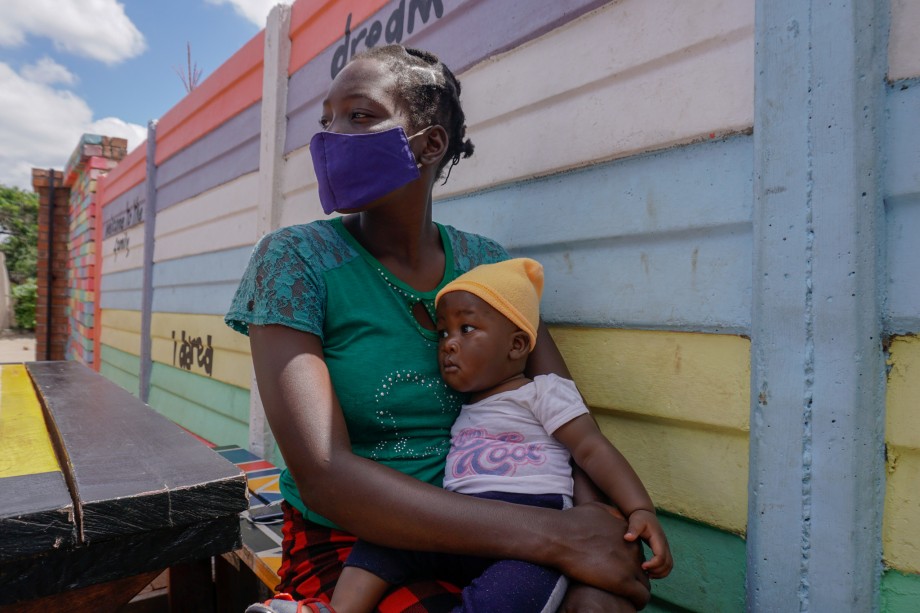 Taungana Blessings Ndoro, director of communications and advocacy at the Ministry of Primary and Secondary Education, says pregnant students can transfer to another school if they feel they can’t continue their studies at their current school. He also says the government has worked to provide training to teachers and other school staff members, so that pregnant teenagers can receive the support they need.

“We have trained professional experts and psychologists in the guidance and counseling teams in all our schools. They can have one-on-one sessions and can discuss issues about learner welfare and special needs — pregnant girls have special needs,” he says.

Despite the hurdles, some teenagers have benefited from the new law.

Tanyaradzwa Diya, 18, got pregnant last year, during her final year of secondary school. She decided to take advantage of her right to continue attending classes.

“People would laugh at me on my way to school,” she says. “Discouraging comments would always be passed, but I would just ignore them.” 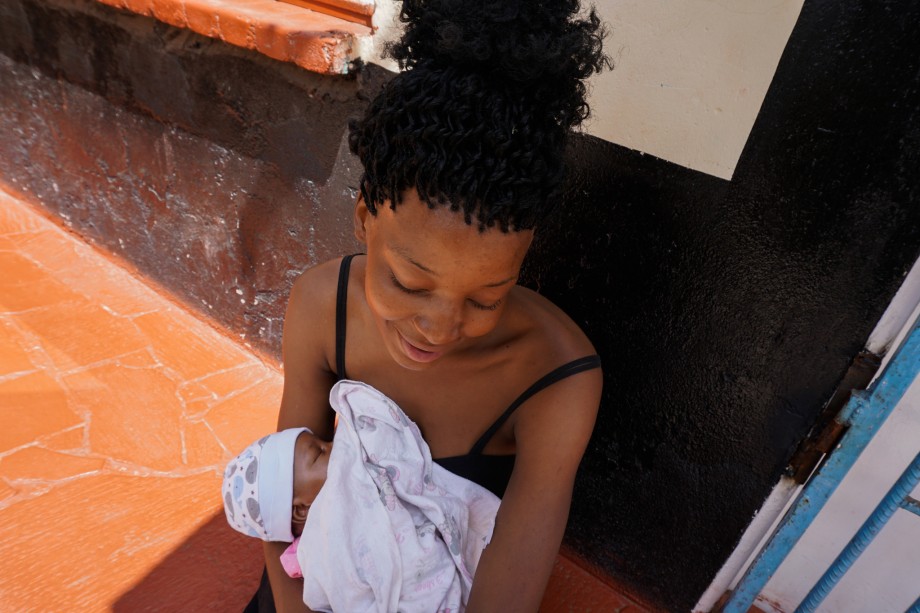 Tanyaradzwa Diya, 18, feeds her 3-month-old baby, Ranae. Thanks to the new law, she was able to attend school while pregnant.

She took her final exams in December and January and is waiting for the results. If she passes, she hopes to continue studying so that she can become a lawyer.

But Margaret Yalad, chair of the Ladies Hub, an organization that fights against early child marriages, says that even with the new law, many students will still drop out of school when they get pregnant — particularly students from poor families whose relatives can’t or won’t support them.

“It’s even worse after they give birth, because they do not have anyone to leave their children with,” Yalad says. “The law is there, but these are other factors that the law does not take into account.”