Skip to main content
The story you are reading was published on Sunday February 26, 2017. To read more recent stories click here. 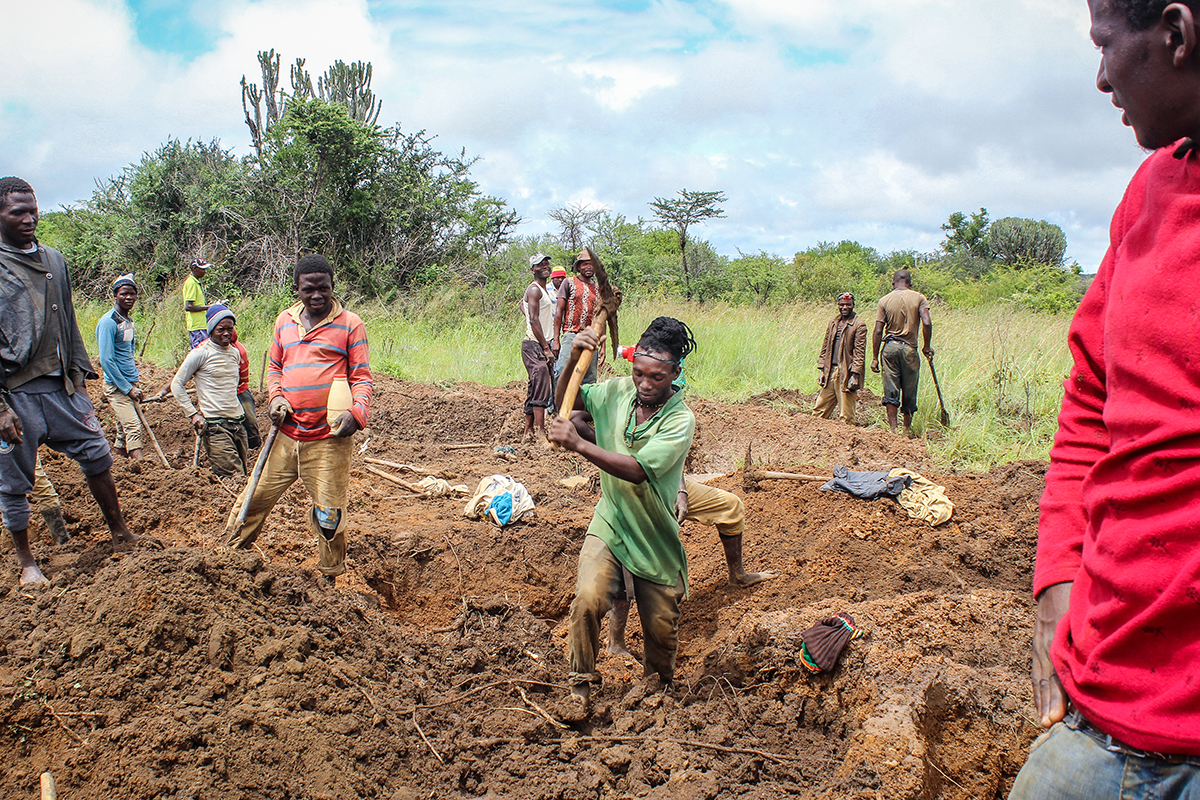 BULAWAYO, ZIMBABWE — As this country’s economy continues to falter, gold panning has become an increasingly popular moneymaking option. But as more people join the nationwide gold rush, improper and even dangerous mining practices have damaged the environment as well as the health and even lives of people who live near the mining areas.

Known as “makorokoza,” independent gold miners and panners often dump dangerous metals, including mercury, into rivers. In some cases, they mine for the precious metal directly in riverbeds, a technique known as alluvial mining, despite laws prohibiting them from doing so.

More than 1 million people earn a living through artisanal and small-scale mining, including gold mining, according to a 2015 report by Pact, a Washington, D.C.-based nonprofit.

(This interview has been edited and condensed for clarity.)

Who do you consider to be an illegal gold miner?

We do not look at whether one is legal or illegal, because even those that might be called legal and have all their mining permits and claims will still pollute the environment if they are not carrying out their activities properly.

How does mining impact the environment?

With regards to improper mining, where people are digging up holes all over the place, the damage is worse because they do not follow any rules. All they are worried about is that gram of gold. When it comes to the environment, no one can create an extra square meter of land once it is damaged.

What are the negative impacts mining has on the environment?

One of the effects [has to do with] the chemicals that miners use to extract the gold. Most of these chemicals, mostly mercury and cyanide, are dangerous on the environment and to the panners themselves.

Some dig up holes at riverbeds and divert rivers. These activities pollute water bodies and some rivers are now totally silted such that even when we receive heavy rains, rivers will no longer flow the way they used to. Aquatic life is also affected.

We visited an area where people could no longer take a bath in the natural river. When they bathed in the river, the people developed blisters, their cattle began having lumps under their skin. It was all because of chemicals deposited into the river by gold panners and the water carried it down the stream.

Can you imagine people who are about 60 kilometers [about 37 miles] away from such activity, who are unaware of any activity happening upstream and they are using their water as they have done through generations? Then suddenly they have blisters and their cattle are dying. It’s tragic, because they don’t understand what is going on.

Some even went to the extent of brewing beer to appease the spirits, thinking that their sickness was because their ancestors or God were angry at them.

Is there a possibility that mining contributes to water shortages?

There have been big conglomerates that have diverted the course of rivers and that certainly interferes with the natural flow of water.

We do training courses where miners learn the benefits of mining in an environmentally friendly manner. We do these courses as often as there is a need. We focus on areas. Once we focus on one area and there is a success story, we then move on to the next area. We make them visit the success area so that they see the benefits.

What are some examples of positive results from this training?

In an area called Mangwe, people were digging up holes all over the place, even behind your kitchen. Wherever they thought there was gold, they would just dig. Children and livestock were falling into pits because they were all over.

Their gold panning activity had threatened their food security. There is an irrigation scheme in the area that the community had abandoned, because they felt it did not give back quick returns as mining. So they abandoned the scheme and the land lay fallow. Then the people began starving.

They couldn’t realize that their gold panning activities had actually impacted negatively on their food security, because no one was now planting any crops. Everyone was looking for a piece of land to dig for gold. They also believed that when one saw a certain type of grass, it meant that is where the gold was. So they would dig up holes all over the place.

So we held a two-day workshop and reorganized them. We then educated them and informed them that when one abandons a hole and they think it is no longer productive, they should do some backfilling so that it does not remain a hazard for other people in the area.

It took us two years to see actual change taking place in that area. As we speak, they have reorganized themselves. Those doing grazing have fenced off the area and there is no mining activity near the grazing place. The irrigation scheme is now thriving and food security has improved, because people now grow their crops in the morning and then in the afternoon they do their mining far from the irrigation scheme.