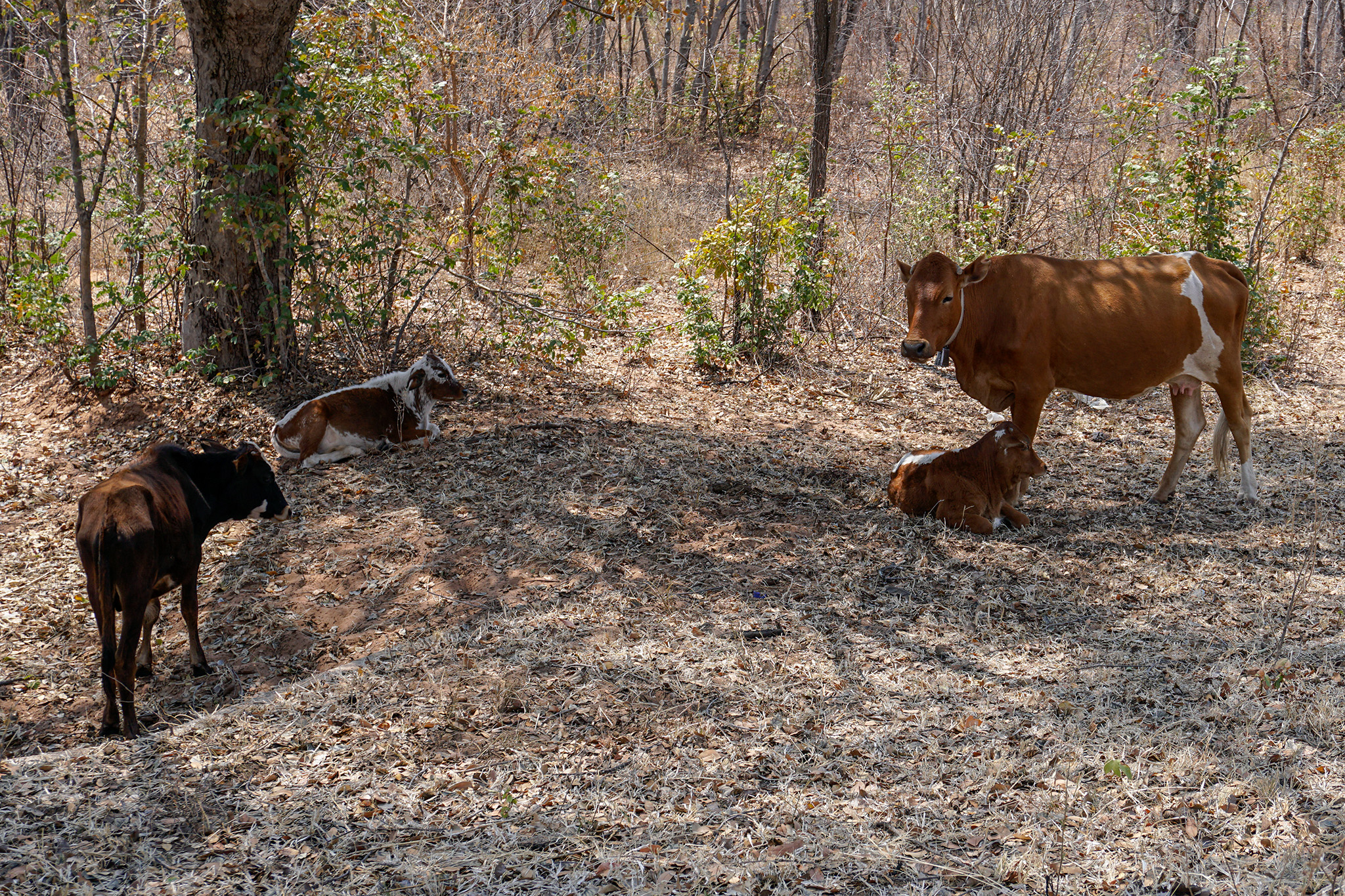 BULAWAYO, ZIMBABWE – Cattle have long been a symbol of wealth in Zimbabwe.

But these days, in the chaos of the struggling economy and the increasing impact of climate change, cattle farmers face a difficult choice: sell off their herd or butcher them to sell the meat.

“I am greatly worried about my herd of cattle,” says Nkosilathi Ndlovu, who used to own a herd of 80 cattle in the Matabeleland North province, several hours north of Bulawayo, Zimbabwe’s second-largest city. “I sold five cattle early in the year, and it seems I may be forced to sell more.”

Cattle are highly reliant on crop residues and pasture, both of which have been affected by Zimbabwe’s changing climate, marked by unpredictable rainfall patterns. Rains that should have started in October 2019 have not yet come. And temperatures were hotter in 2019, which meant that pastures quickly dried up.

Ndlovu says his cattle no longer have pastures on which to graze due to the drought.

Zimbabwe’s current beef cattle herd is estimated at more than 5 million head, according to the Beef Value Chain Analysis report published in January 2019 by the French Agricultural Research Centre for International Development known as CIRAD and the Natural Resources Institute of the University of Greenwich. But the average weight of cattle here has declined from an average of 200 kilograms (440 pounds) to 167 kilograms (368 pounds). About 700,000 cattle died during the 2016-17 drought. Similar figures are expected this year.

Destocking, or reducing the number of livestock from a range, can be a way to adapt to climate change, although a functional market should be in place, according to a 2017 Zimbabwe Human Development report.

Farmers like Ndlovu are destocking, selling a portion of their livestock in order to buy supplementary feed to save the rest of their herd.

But with inflation up – by more than 175% earlier in 2019, before the government stopped publishing inflation rates – the price of cattle feed is skyrocketing too.

Across Bulawayo, ingredients for cattle feed have become increasingly expensive at the city’s four feed companies, which now focus more on poultry feed.

“Destocking has proved painful for most farmers,” says Winston Babbage, a representative of the Zimbabwe Commercial Farmers’ Union. “However, it also means once you destock, you can buy supplementary feed for the young beasts and then get a good price for them when they are healthy.”

For those who choose to slaughter their cattle, there is a more immediate cash reward as beef prices also are on the rise. One kilogram (2 pounds) of beef now ranges between 100 ZWL ($8) and 200 ZWL ($17).

“Beef has become a luxury as it is currently the most expensive meat compared to chicken,” says Ruth Shoko, an East Queens Park resident.

Destocking also has social implications here, where cattle play a central role in social, traditional and religious life. Most bride prices still are paid using cattle. And cattle are traditionally slaughtered for the birth of a first child.

“This situation is more of a double tragedy,” says Nomalizwe Ngulube, a cattle owner in Matabeleland South province.

Methuseli Mdluli, a cattle owner with a herd of about 200, agrees: “Cattle have always been and still are a symbol of wealth and social power in our cultures. It is difficult for me to sell my cattle simply because I am being forced by circumstances.”

Still, cattle farmers may need to consider even more dramatic solutions, says Justice Zvaita, a Bulawayo representative for the Zimbabwe Climate Change Coalition. The coalition encourages farmers to breed small livestock, such as goats and free-range chickens, which are more adaptable to harsh conditions.

Fortune Moyo GPJ, translated some of the interviews from IsiNdebele.