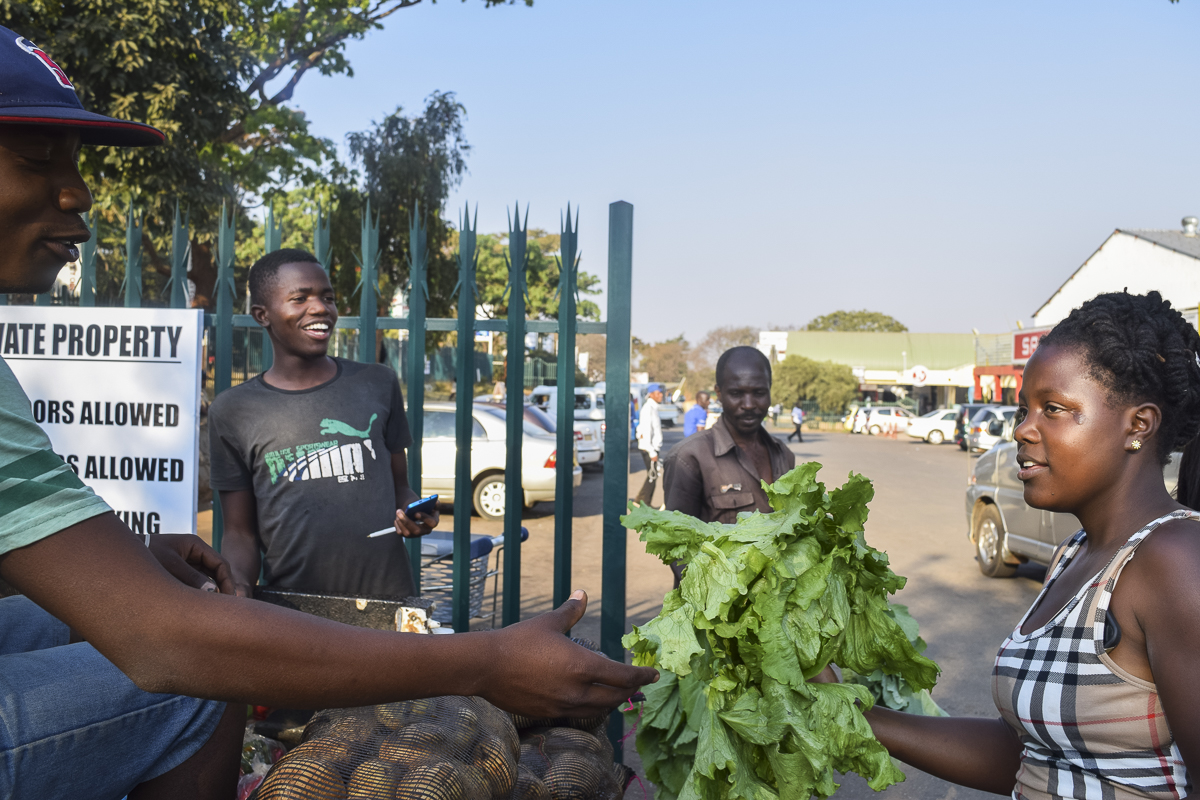 HARARE, ZIMBABWE — Slowing his car slightly, a driver rolls down his window and sticks out a dollar bill, like bait.

A group of phone credit vendors, always alert, notice this opportunity for a potential sale and run after the still-moving car. Dodging other traffic and pedestrians, the first vendor to get to the window makes the sale. The rest walk back to their strategic posts and continue their stakeout for customers.

“If you don’t know how to hustle, things will be very hard for you right now,” says Lucky Kamuriwo, one of the vendors who lost out on the sale.

Kamuriwo, 39, sells airtime outside a supermarket where he once worked as a supervisor. The store closed in May 2016, due to a massive cash shortage that has crippled business activities in the country. The store later reopened under new management, but Kamuriwo was not rehired.

Kamuriwo had worked in retail for 15 years. Now, finding formal employment is difficult. He sells airtime to survive the harsh economy, but his income is paltry compared to what he earned before.

“When I still worked in retail, I could be able to go home with grocery every day,” Kamuriwo says. “Now I can’t do that because if I spend this little money that I have, where will my next dollar come from?” 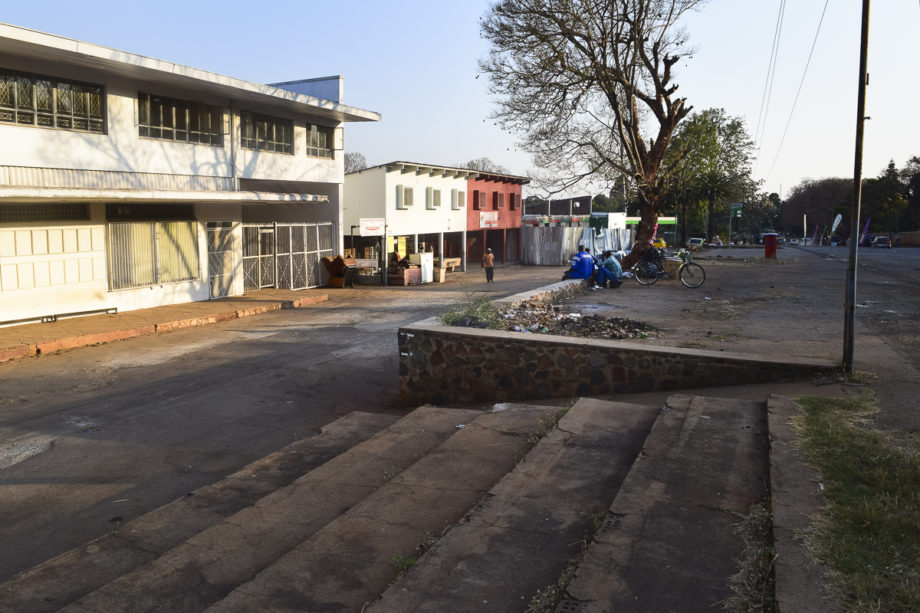 An once-busy shopping complex in Harare is now abandoned because of Zimbabwe’s economic crisis.

Thousands of college graduates in Zimbabwe work as street vendors because they can’t find better jobs. Those small businesses help the vendors survive, but some economists say they don’t benefit the country’s larger economy because it’s difficult to ensure that they pay taxes.

In 2014, the government announced that it would formalize the small businesses by having them register with tax authorities. The Ministry of Public Service, Labour and Social Welfare did not respond to multiple requests for an interview on the issue.

Zimbabwe’s economy has been falling apart for years, due to a host of reasons. One major blow occurred in 2000, when the government implemented a land reform program in which foreigners were required to give up their land for redistribution to local people.

Many of the new farmers weren’t prepared to take on commercial farming, and that impacted agricultural production.

In 2008, the government implemented another economic empowerment program, requiring that all foreign companies with a minimum asset value of at least $500,000 USD give 51 percent of their shares to indigenous Zimbabweans. That, too, negatively impacted the economy.

An unfriendly investment climate led to closure of many businesses and has discouraged foreign investment in the country, says John Robertson, an economist and managing director at Robertson Economics, a financial services consultancy.

“People who could be working and paying taxes are not. They have become dependants on charity,” Robertson says.

According to Zimbabwe National Statistics Agency, the nation’s unemployment rate is 11.3 percent, but other sources say unemployment is as high as 95 percent. Africa Check, an organization which promotes accuracy in public debate and the media, says most of the available unemployment figures are unreliable because they are not based on primary data.

Ronald Chibharo sells red peppers and potatoes from the back of a pick-up truck in Harare. He studied information technology at Harare Polytechnic and graduated last year, but he hasn’t found a job in that sector.

“Right now I sell potatoes because there are no jobs,” Chibharo says.  “The economy is tough, but we are striving to make money by vending.”

Farai Sengurai, 27, an economist who also holds a diploma in accounting, operates a taxi business in Harare.

Sengurai previously worked with the Zimbabwe Electricity Transmission and Distribution Company. When his two-year contract with the company ended in December 2015, he was not rehired.

After sending out many unsuccessful job applications, Sengurai used his last salary from ZETDC to buy shoes from South Africa, which he hoped to sell from the trunk of his car. But this venture didn’t do well since the market was flooded with people selling similar items.

“I decided to employ a driver and start a taxi business,” he says.

Kamuriwo, the airtime vendor, says his biggest challenge in adjusting to his current economic circumstances is having to forgo things he calls luxuries: Wifi and medical insurance.

“I no longer have these privileges,” he says. “Now I am afraid that if I get sick, what will I do with this one dollar that I have?”

The only way to fix the economy, Robertson says, is to make it friendlier for foreign investors.

Kamuriwo offers another option: The government should provide money so people can set up legitimate businesses.

But for now, he says, he has to continue selling airtime.

“Thank God that I am not embarrassed to do what I do,” Kamuriwo says. “Life has got to go on. Only God knows if things will get better in the future.” 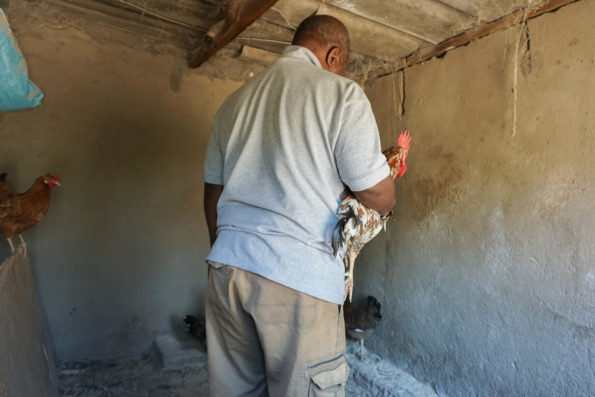