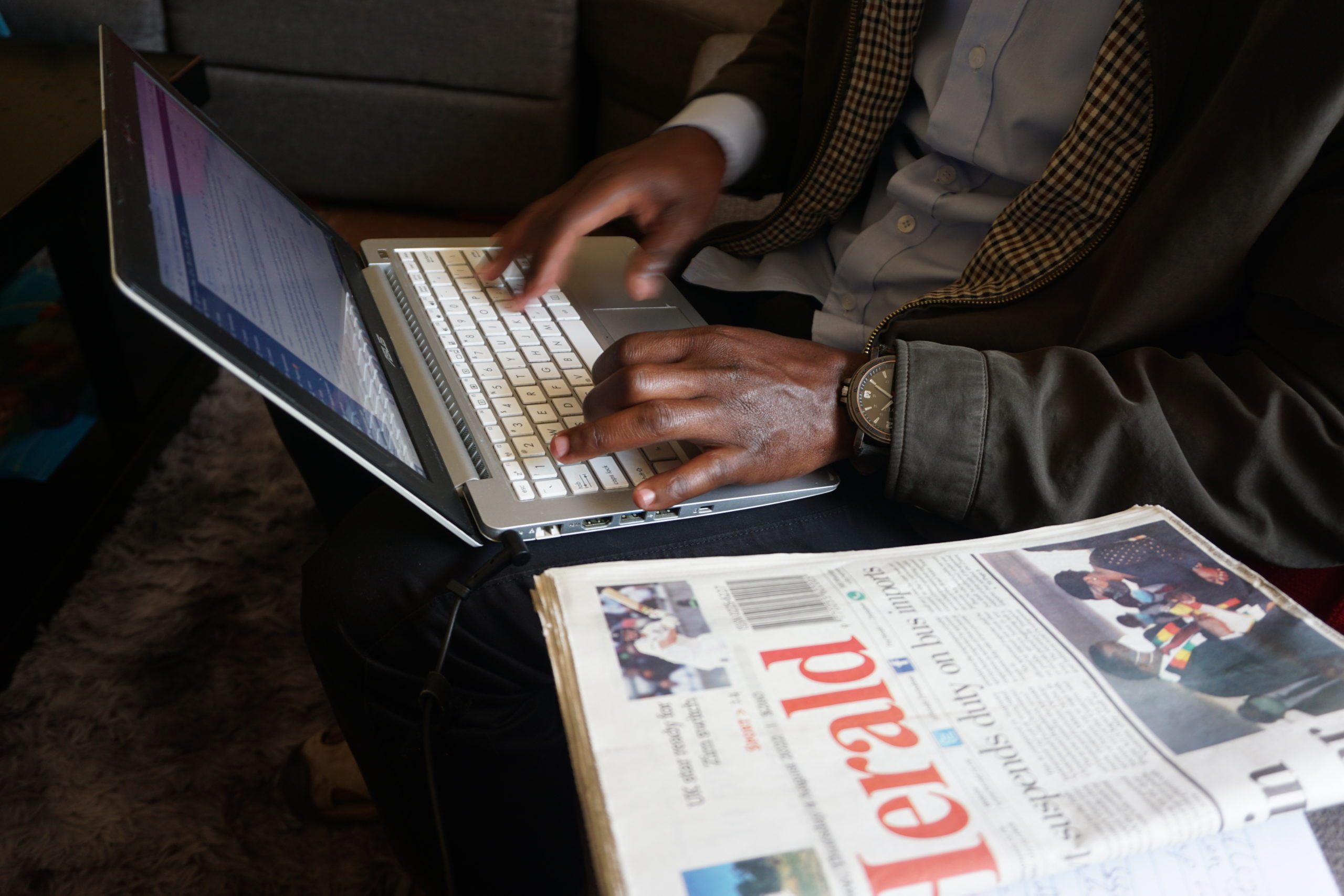 MUTARE, ZIMBABWE — For eight years, in an otherwise tumultuous career as a reporter in eastern Zimbabwe, one thing has been a constant for Paul: covering a decades-old competitive interschool tournament that has catapulted young Zimbabwean footballers onto the world stage. He’d travel across the country, reporting from each match for the daily that employed him at the time. One year, he stumbled across a scoop.

“It was a damaging story about a subsidiary of” the tournament sponsor, he says. “But when I presented the story to my editor, I was told straight up that it won’t be published because the publication would lose advertising revenue.” During the tournament, the sponsor, a carbonated beverage behemoth, ran daily full-page advertisements.

Paul — who, fearing reprisal, asked to be identified by only his first name — says this is when he stopped pursuing ambitious investigations.

“Now, when I come across sensitive stories involving big advertising companies, I forgo them,” he says. “It’s a waste of my time as such stories are bound to not be published.”

These days, Paul works as a freelancer and is paid per story published. In a good month, he can make up to $250. This affects the topics he chooses to cover, as well as the tenor in which he covers them. “At the end of the day, I need to fend for my family,” he says, adding that “writing ethical, balanced and well-researched stories, and hoping to be employed in a newsroom, is now a far-fetched dream.”

Although levels of violence against media workers have declined significantly since the ouster of former President Robert Mugabe — as have cases of journalists being imprisoned and prosecuted — they remain, according to international press freedom watchdog Reporters Without Borders, “alarmingly high and self-censorship is routinely practiced to avoid reprisals.”

“Censorship can take many forms. Media capture is the nemesis of media freedom,” says Tawanda Majoni, director of Information for Development Trust, a nonprofit that supports investigative journalism in the country. “Advertisers are among the worst captors.”

Advertising is the main business model across Zimbabwean media, according to a 2020 study by Media Monitors, a local think tank. In the country’s three main daily newspapers — The Herald, the DailyNews and NewsDay — a significant portion of content is allotted to advertising, according to circulation figures. More than 60% of the DailyNews, which has a readership of nearly 1 million across the country, is dedicated to ads.

“Advertising tremendously influences the sustainability of media operations,” says Farisai Chaniwa, acting director at Media Monitors. “This creates an ethical dilemma: When journalists must hold advertisers accountable, do they publish the story and risk losing the advertiser, or do they spike the story and retain their main source of funding? Sadly, in most cases, the latter choice prevails.”

Freelance reporter Mandy Kanyemba has experienced this firsthand. “I have written stories that I thought were award-winning investigative pieces only to be told that the story does not meet the publication standards,” she says. Once she wrote an exposé of a mining company that was dumping effluents into the main water source of a village, but the paper she typically published with — and with whom the company regularly advertised — killed the story, she says. She then sent it to another publication. Having no ties with the advertiser, it ran the piece.

“This is the political economy of the media,” says Njabulo Ncube, national coordinator at the Zimbabwe National Editors Forum. “He who pays the piper chooses the tune.”

“We cannot negotiate with employers on behalf of their members for better working conditions that include salaries.” Ruby MagosvongweChairperson of the Zimbabwe Media Commission

This has also scrambled incentives for journalists, especially those without regular income streams. “Brown envelope” journalism — the practice of paying journalists to kill an unflattering story — is very common in Zimbabwe. “In some cases, the journalist actually approaches the organization or persons implicated in the story,” Paul says, going on to explain that the journalist may offer to stop pursuing the story for a sum of money. “Journalists’ salaries are very low, and for freelancers who get paid per story, it is even lower. In some cases, you can negotiate how much you want, depending on how big the story is.”

The practice has implications not just for press freedom but also for access to information, says Majoni. “Where there is systematic bribe taking and giving, it means that journalists may go out and seek information, obtain it — but then won’t impart it.”

Ruby Magosvongwe, chairperson of the Zimbabwe Media Commission, a constitutional body tasked with regulating the industry, says “brown envelope” journalism won’t go away without addressing underlying structural issues. “As long as journalists are poorly remunerated and conditions of services are bad, we will be dealing with people open to abuse,” she says, adding that the issue lies beyond the commission’s scope. “We cannot negotiate with employers on behalf of their members for better working conditions that include salaries.”

Advertising in Zimbabwe, says Chaniwa, is an extension of political control. “The biggest advertisers in the country are parastatals [state-owned organizations], so the government controls where these entities advertise,” she says. This makes it difficult to run pieces critical of the government. Moreover, a state-issued license is required to operate a media outfit in Zimbabwe, which can be perceived as a form of political control. According to the Zimbabwe Media Commission, as of August 2019, Zimbabwe had 116 registered newspapers, of which 33 were operational; 16 radio stations; and three television stations, of which one was broadcasting at the time.

Some private corporations advertise across the spectrum, says Chaniwa, a practice that insulates them from criticism in mainstream media. “Usually, negative stories about them are seen on alternative media platforms, such as small online publications,” she says. On the internet, the economic logic is different: Stories that are swept under the carpet in traditional media outlets are published more easily online because they tend to go viral and increase clicks and views — which, in turn, generates more revenue from digital ads.

Many online publications sprouted during the coronavirus pandemic. “Some of these are run by former editors of mainline news outlets seeking to free themselves from editorial interference and censorship,” Chaniwa says, adding that this has helped diversify the Zimbabwean media landscape. Shingirayi Vambe, publisher of the online Post on Sunday, is one of them. Structural factors are important, he says, but the outlook of publishers — whether they consider themselves watchdogs first and businesses second, for instance — also plays a role. As for Vambe, he says he has no problem publishing a good story if it is the truth. “If we lose adverts, so be it. At least we would have fulfilled our duty of informing the people,” he says.

Loughty Dube, executive director of the Voluntary Media Council of Zimbabwe, a professional self-regulatory body that promotes ethical conduct in media, says digitization may be the way forward for traditional media outlets that find their independence compromised by an overreliance on corporate advertisements. In some ways, the coronavirus pandemic already jump-started the process, forcing outlets to become leaner and more agile as advertising revenue dwindled — although it remains unclear what newer business models may end up looking like. Still, Dube appears upbeat. “News organizations can use this new wave,” he says, “to remain relevant and objective.”

Evidence Chenjerai is a Global Press Journal reporter based in Harare, Zimbabwe.