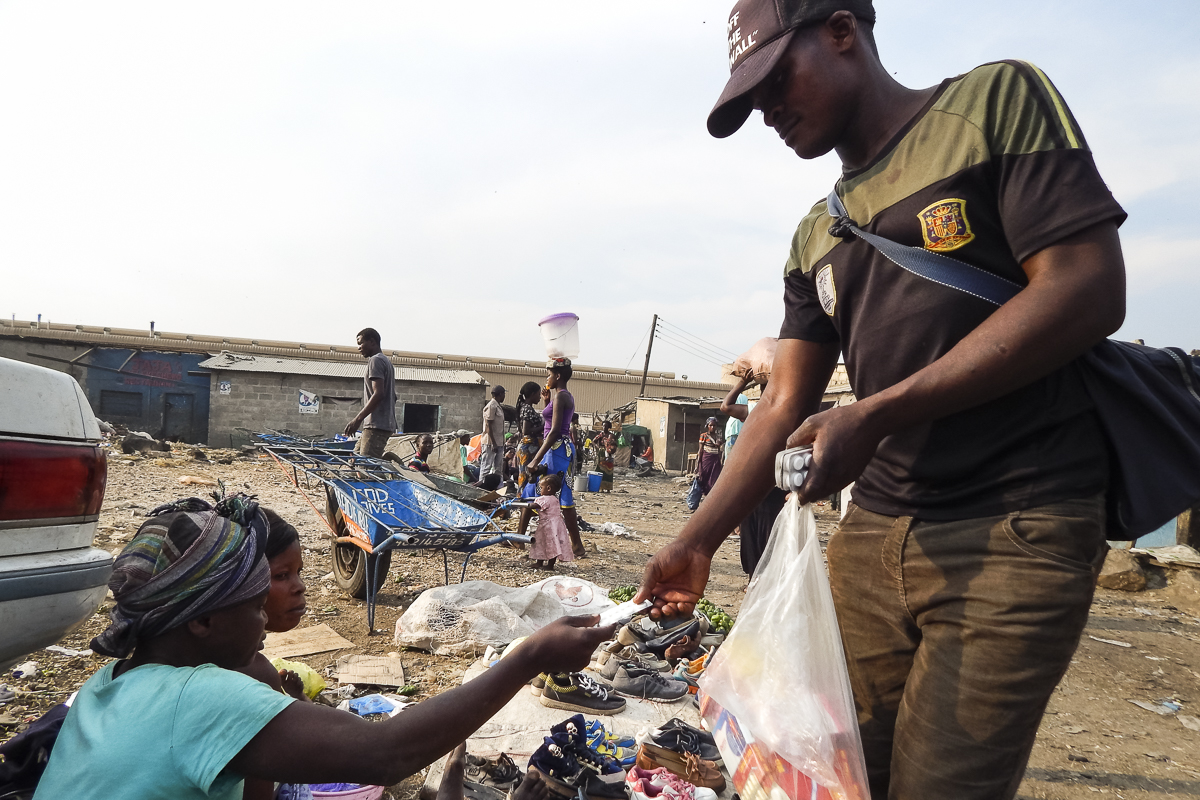 LUSAKA, ZAMBIA—Justina Mubanga, a vegetable vendor at Lusaka’s Soweto Market, has an upset stomach. So, grimacing, she beckons a man who sells medicine from a transparent plastic bag. He gives her tablets of metronidazole, a prescription-only antibiotic.

Drug peddlers, hawking everything from cough syrups to powerful painkillers, are easy to find in this market.

On the other side of the market, makeshift stalls display roots, sticks, tree bark and powders—unregulated traditional remedies sold by traditional healers. Signboards announce cures for various ailments, from sexually transmitted diseases to high blood pressure.

The open sale of drugs—both traditional and pharmaceutical—by unregistered outlets is a major concern in Zambia. A constant shortage of medicines in government hospitals and clinics has stimulated the growth of informal drug markets all over the country.

Meanwhile, the sale of traditional medicine, which often comes in the form of unprocessed roots, leaves and other products, is completely unregulated. The Zambia Medicines Regulatory Authority (ZAMRA) has no control over what traditional healers sell, because there is no legal framework to control this practice. (Read GPJ’s coverage of traditional remedies in Zambia here, here, here and here.) 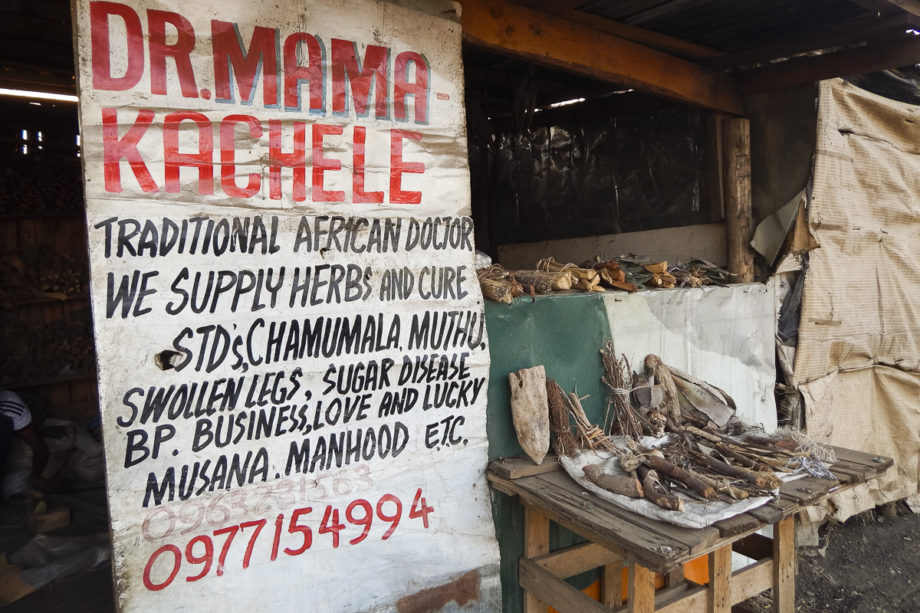 ZAMRA is mandated to control the manufacture, quality, import, storage, distribution, supply, sale and use of medicines and allied substancessuch ascosmetics, food additives and condoms, but unapproved drugs are still widely available. Some are imported from China, others enter the country through Tanzania and the Democratic Republic of Congo, says Ludovic Mwape, ZAMRA’s public relations officer.

Many stores and individuals that sell drugs are not registered, he says, adding that ZAMRA has closed about 140 drugstores since last year for operating illegally or without trained personnel.

People who are not trained pharmacists can get a general sale permit from ZAMRA to sell painkillers, but that permit is often abused, Mwape says. The traders sell all sorts of medicines, in all sorts of places.

“Drugs are supposed to be stored properly in a cool, dry place,” Mwape says. “The selling of drugs on the streets is illegal.”

We buy most of the medicines here, unless you have a very serious ailment. Issues like stomach upset, headache or general pain, you just buy the medicines here.Justina Mubanga, a vegetable vendor who buys prescription-only drugs from informal vendors

Occasionally, ZAMRA carries out sweeps in partnership with the police to rid the market of illegal drugs. Sometimes traders are let off with a warning. Repeat offenders are arrested and prosecuted for crimes including selling drugs without a license, selling prescription-only drugs to people without prescriptions and selling unapproved drugs. Those offenders face fines or up to four years’ imprisonment.

ZAMRA plans to boost its enforcement to curb the drugs entering the country illegally. Right now, ZAMRA only has a presence in major airports and towns, he says.

“There is a challenge of human resource,” Mwape says. “We are not all over the country. At border areas where we don’t have presence, we rely on customs officers.”

Lusaka residents say a lack of medicines in government hospitals pushes them to seek traditional remedies or buy medicines from street peddlers. That’s faster than going through formal pharmacies or clinics, they say.

“All you get from a clinic or hospital is a prescription,” Mubanga says. “So why waste my time when I can simply buy the medication anywhere?”

An inconsistent supply of essential pharmaceuticals and medical supplies has been a problem for a long time. A 2012 government report attributed that to inadequate funding, weak regulatory framework and weaknesses in the procurement, distribution logistics and storage management systems. 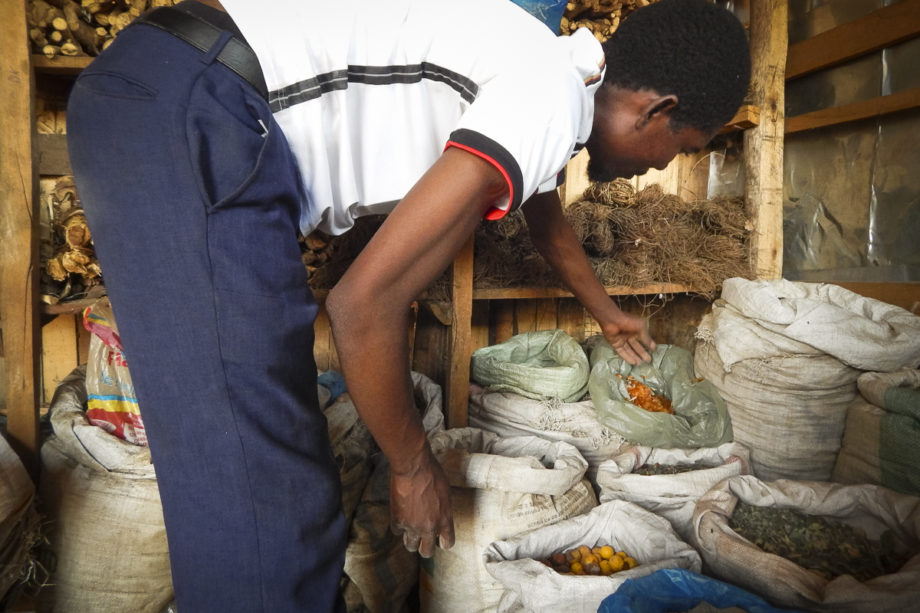 Meanwhile, the street-side sale of drugs is a booming business.

Mathews Tembo, a trader who sells medicines in Lusaka, says the drugs are in high demand.

“People get sick every day, and most of them say there are no medicines in clinics,” says Tembo, who doesn’t have any sort of license to sell the medicines.

Tembo says he only sells painkillers, not prescription drugs. He knows that it’s illegal to sell the drugs on the street but says he’s never been arrested.

People get sick every day, and most of them say there are no medicines in clinics.Mathews Tembo, a trader who sells medicines without a license

“Taking drugs that are not prescribed or from untrained people could be fatal,” he says. “It can lead to death, because one may not know the authenticity of the drug they are taking. Even the dosage maybe wrong.”

The lack of regulation of traditional remedies is a separate, but equally serious, problem.

An estimated 80 percent of Zambians use traditional medicines, but those concoctions are difficult to regulate, because they’re not subjected to scientific research, Mwape says.

Rodwell Vongo, the president of the Traditional Health Practitioners’ Association of Zambia, says there’s need for a law to regulate sale and use of traditional medicines. The association doesn’t have the mandate to regulate what members sell, he says, but only maintains a registry of its members.

The association plans to present a bill to Parliament that could lead to the regulation of traditional medicines, Vongo says.