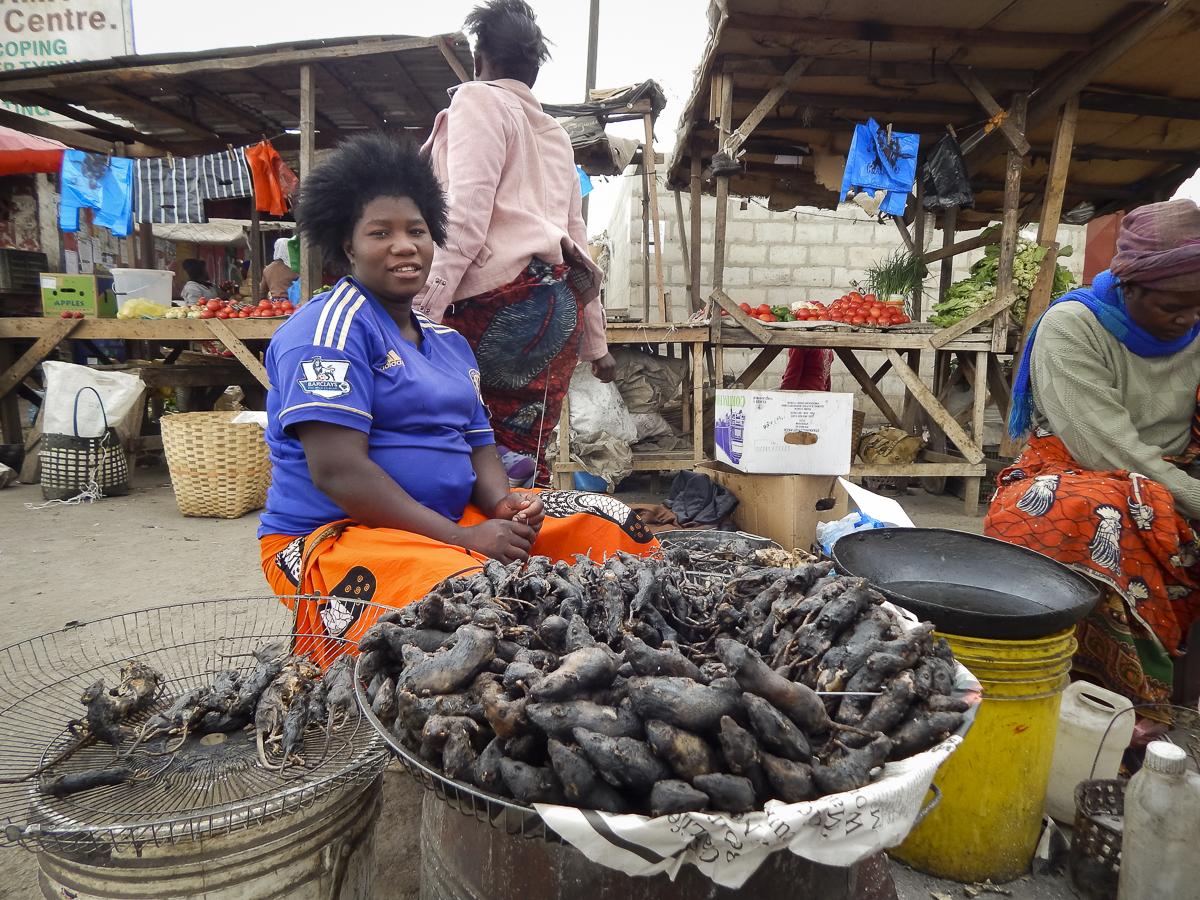 LUSAKA, ZAMBIA — Esnart Tembo is pregnant and has a 1-year-old baby. She leaves her baby at home when she goes to work, she says, because she fears that people might laugh at her because her children will be so close in age.

Tembo, 20, sells roasted mice, a common delicacy in Zambia, to earn a living. She didn’t plan to have another child so soon. A friend introduced her to a contraceptive, sold in Chinese clinics in Lusaka, that could be taken just once each month. The pill had no side effects, Tembo was told.

But it didn’t work for long. After two months, Tembo says, she had heavy bleeding, so she stopped taking the pill.

INSIDE THE STORY: Hoping for a story that could go viral, GPJ Reporter Prudence Phiri listens in on a conversation in a hair salon and comes away with a hot idea. Read the blog.

The pills, which are marketed as herbal contraceptives, are a popular option for Zambian women seeking non-hormonal contraceptivesomen who have taken them say they cause heavy bleeding. Health experts warn that side effects are difficult to treat because the exact contents of the pills are unknown. The packaging information is in Mandarin Chinese and displays the name Hua Run Zi Zhu Pharmaceutical (Beijing) in that language, but the people who sell the pills are often not fluent in English or local Zambian languages, so additional information can be hard to get.

Once-a-month contraceptive pills have been used in China since the 1960s. Now, most Chinese clinics that purport to sell herbal medicine in Lusaka stock the pills. Each pill goes for 20 Zambian kwacha ($2). It’s not clear how the pills get to Zambia, or when they first arrived in the country, but the World Health Organization notes that Chinese contraceptives flow freely into southeast Asia.

The pills are popular, but they’re not legal. Ludovic Mwape, the public relations officer at Zambia Medicines Regulatory Authority says the contraceptives have not been approved for use in Zambia.

“The fact that the language on the package is in Chinese confirms that the pill has not been approved,” Mwape says. “One of the prerequisites for registering and approving medicine is that the name and instructions must be in English.”

Anyone who sells the pills or any other illegal medicine could be prosecuted, Mwape says. So far, the authority hasn’t received any reports about the pill, and no one has been prosecuted, he says.

I decided to try the Chinese pill because I was told it was herbal. It worked for about three months but going in the fourth month, I started having a funny feeling in the abdomen and experienced heavy bleeding that lasted almost another three months. Jane Phiri, a 32-year-old mother of four

Charity Chibwe, a health officer at the Planned Parenthood Association of Zambia, which provides reproductive health services in Lusaka, says many women have visited the health center with bleeding complications which they say result from use of the Chinese pill.

“I can’t even comment on the Chinese pill because as a health provider I know nothing about it,” Chibwe says. “All I see are women coming here with complications. Most of these complications are prolonged bleeding and it is difficult to manage the effects because we don’t know what they were given.”

Chibwe warns women not to accept medication that they can’t discuss with a doctor.

“I wonder how this pill is administered because most of our women can’t read Chinese and communication with the Chinese doctors is limited, so how do you take something that you don’t understand?” Chibwe says.

Zhai, a man who runs a clinic that sells the pills, says they’re legal for use in Zambia.

“How can I be selling something that is illegal?” says Zhai, who claimed to be a doctor but refused to give GPJ his full name. “Of course it is a medicine that is approved.”

Zhai says the pill contains levonorgestrel and quinestrol, which are artificial hormones. But at the same time, he insists that the pill is herbal and that it doesn’t pose any complications such as weight gain or prolonged periods. He refused to explain why he considers the pill to be herbal when it contains artificial hormones.

The fact that the language on the package is in Chinese confirms that the pill has not been approved. One of the prerequisites for registering and approving medicine is that the name and instructions must be in English. Ludovic Mwape, the public relations officer at Zambia Medicines Regulatory Authority

It is taken on the fifth day of menstruation for the first time, then after 20 days and every 30 days thereafter, Zhai says. Asked about women who have reported heavy bleeding, Zhai says, “I don’t know about those. None of my clients have come back to complain.”

A 2007 review of studies on once-a-month pills used in China, including those containing a combination of levonorgestrel and quinestrol, states that high hormone doses in the pills raises questions about their safety. The paper, published in the journal Contraception, indicated high incidence of side effects and hypertension in the short term.

Some of the women who have used the pill confirm these findings.

Jane Phiri, a 32-year-old mother of four, says she experienced heavy bleeding when she tried the pill.

“I decided to try the Chinese pill because I was told it was herbal,” she says. “It worked for about three months but going in the fourth month, I started having a funny feeling in the abdomen and experienced heavy bleeding that lasted almost another three months.”

Christine Mwakapila, a 33-year-old mother of two, says she also tried the Chinese pill for a month but upon hearing of the adverse side effects some women had, she stopped.

But some women, like Misozi Mwanza, a mother of one, say the pill works.

“I have taken the pill for the last eight months and I don’t have any complications,” she says. “It is the most perfect contraceptive I have found.”