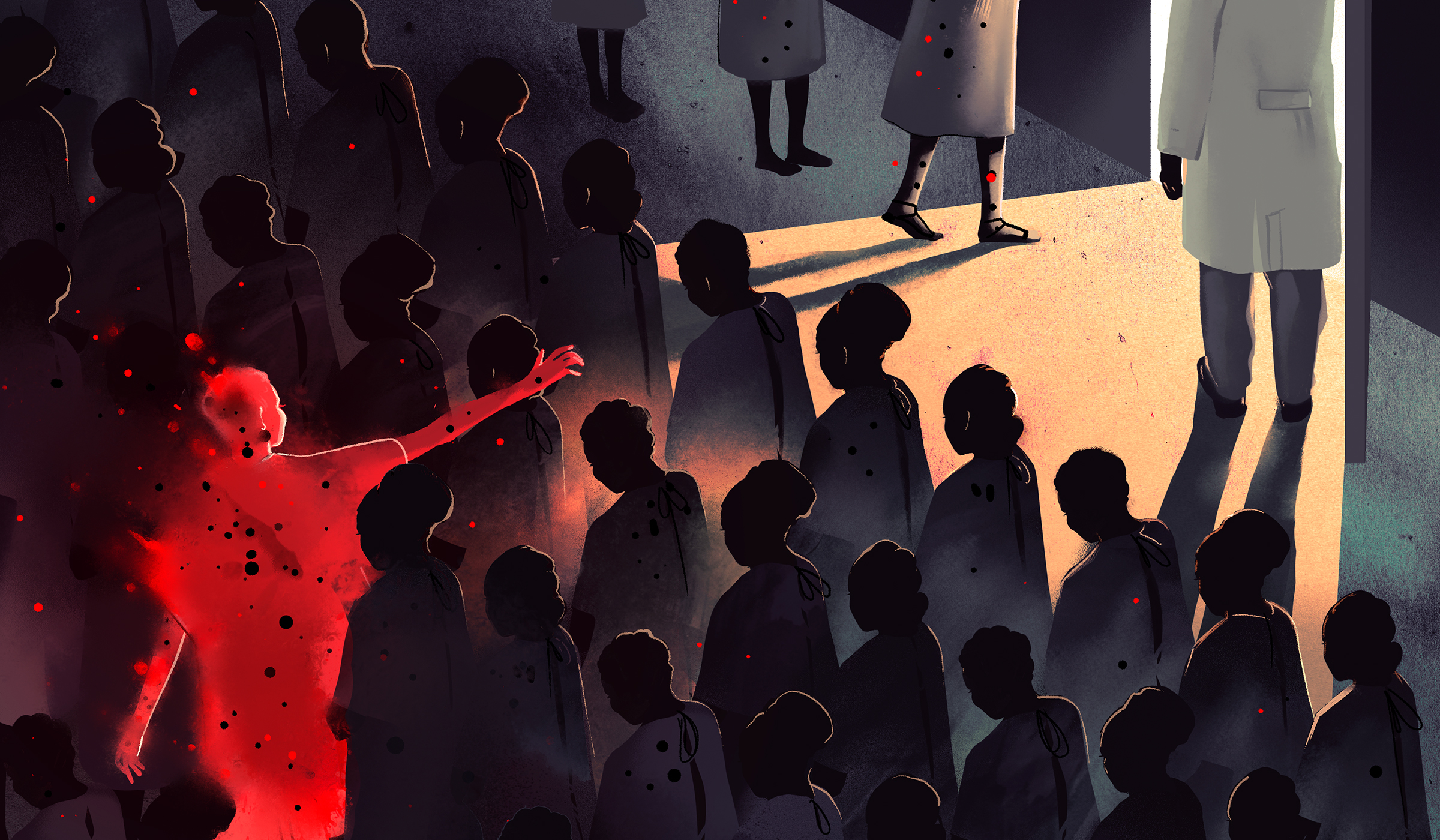 LUSAKA, ZAMBIA — In the scorching sun, Agness Banda carefully arranges tomatoes at her market stall in Nampundwe, a rural settlement west of Lusaka, the country’s capital.

Banda sells tomatoes, but she says her real job is educating women about the risks and warning signs of cervical cancer. She lost her mother to the disease three years ago.

“Every time I hear a woman complaining of abdominal cramps or prolonged periods, my advice is always go for a cervical cancer screening,” she says.

Delays in recognizing symptoms and starting treatment led to her mother’s death, she says.

In Zambia, cervical cancer screening is free and available at clinics countrywide. During a 2016 visit to her local clinic, Banda’s mother was diagnosed with stage 1 cervical cancer and referred to the Cancer Diseases Hospital, which is part of the University Teaching Hospital in Lusaka.

But because it’s the only cancer treatment hospital in the country, Banda says her mother was told it would be five months before she could be treated.

Zambia is estimated to have the second-highest cervical cancer rate in the world. The lack of timely care at the country’s only treatment facility, which treats more than 200 cancer patients per day, is one factor in Zambia’s high mortality rate for cervical cancer.

“The situation is not ideal. We would want to put every patient that’s diagnosed with cancer on treatment immediately after they come to the hospital, but we have a backlog,” says Dr. Citonje Msadabwe, head of clinical care at UTH’s Cancer Diseases Hospital.

She says priority is given to people with advanced stages of cancer, who are considered emergencies.

There are other complicating factors, Msadabwe says.

Zambia is home to more than 1.2 million people who live with HIV, which weakens the immune system and makes it susceptible to the human papillomavirus, or HPV, which can cause cervical cancer, she explains.

But not all women with cervical cancer are HIV positive. For some, it’s the lack of treatment or the long distance to the hospital that makes the disease more deadly.

According to the International Agency for Research on Cancer, an agency within the World Health Organization, Zambia recorded 2,994 cases of cervical cancer in 2018, with 1,839 women dying of the disease in the same year.

Of the nearly 3,000 women who were diagnosed with cervical cancer in 2018, just 885 sought treatment at UTH.

Many who receive an initial diagnosis don’t come back for checkups, because it’s too far or expensive to return to the capital.

Joyce Siwale, a cervical cancer survivor, says the distance from her home in Kapiri Mposhi, in central Zambia, some 210 kilometers (130 miles) from Lusaka, almost made her give up treatment.

She too was told there would be a five-month wait before she could begin treatment, but she was also instructed to come back once a month for updated screenings.

“I could not afford to travel every month because I have no source of income,” Siwale says.

Doctors were able to begin her treatment after two months.

“Cancer does not sleep. It eats you up every day, and when one is told that they have cancer and can’t commence treatment right away, that in itself eats them up,” says Karen Nakawala, a cervical cancer survivor who advocates early screening for women.

As cancer diagnoses rise throughout the country, the government is taking notice, she says.

Minister of Health Dr. Chitalu Chilufya recently announced plans to look into building two new cancer treatment centers in Livingstone and Kitwe, which are in other parts of the country.