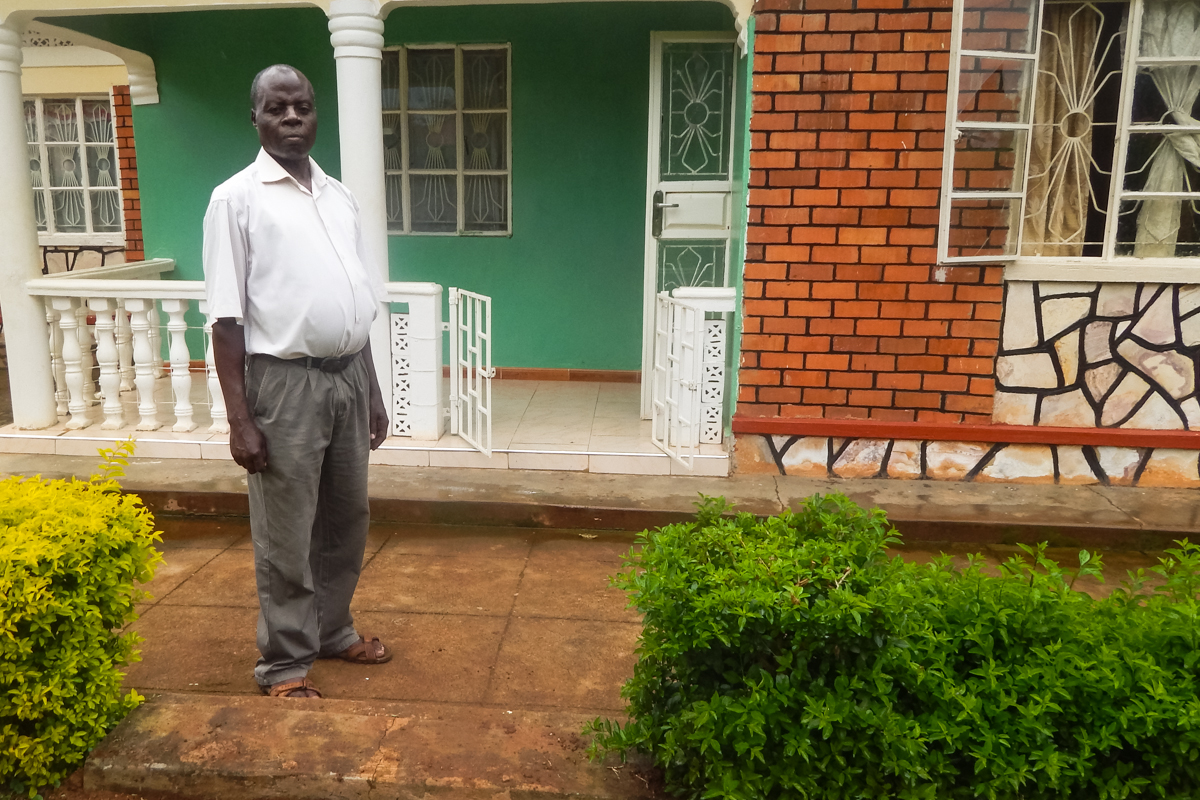 The office is abuzz. The work done there is at the cutting edge of Ugandan culture: Since December 2013, the company has offered funeral insurance, a product that is unusual in this country where many people aren’t comfortable discussing, let alone planning for, death.

“Many think preparing for your funeral is cursing yourself to die,” says Daniel Wasswa, the chief operations officer for A-Plus Funeral Management.

But as Ugandan culture shifts away from more rural communities centered around family and toward urban lifestyles, it’s becoming fashionable to hand over funeral plans to the professionals, he says.

Funeral insurance was first introduced in Uganda about 15 years ago, but it was initially unpopular because cultural practices and religious beliefs discourage Ugandans from discussing death. But lately, companies including A-Plus Funeral Management have aggressively advertised the product and developed packages for individuals, families and companies. A package usually includes a coffin, transportation, and wreaths, among other things.

In my speech I thanked the company because they enabled me to bury my lady in a respectable way.David Kato, 39, bought funeral insurance for his wife

Wasswa says the product is slowly gaining popularity, but many Ugandans still oppose it.

“It’s like telling God that you want to die and you are preparing, so he will let it come to pass,” says Mellon Natukwasa, 29, a housewife.

If you treat your friends and family well, Natukwasa says, they will contribute to your funeral.

Natukwasa’s opinion is common among Ugandans, but companies offering funeral insurance say people are beginning to buy it.

It’s mostly people who live in Kampala and the city’s neighboring districts who have purchased the insurance from A-Plus, Wasswa says. Each of the 270 clients that have purchased insurance have policies covering at least four people, he says. A-Plus offers the insurance through Insurance Company of East Africa.

People buy insurance for loved ones who are over the age of 55, or who don’t have the money to buy it for themselves, Wasswa says. The company offers the insurance at a rate of between 37,500 to 1,000,000 shillings ($11 to $286) annually, depending on the type of burial they wish to have.

David Kato, 39, bought funeral insurance in March for his wife, who suffered from breast cancer. When she died in August, he says people were surprised to see A-Plus vehicles at his house.

“In my speech I thanked the company because they enabled me to bury my lady in a respectable way,” he says.

Simwogerere says her company is working to demystify planning for one’s own death.

“It’s a cultural issue,” she says. “It’s taboo to plan for burial when one is still walking.”

But Simwogerere says that acceptance for funeral insurance is taking root in Uganda, albeit at a slow pace.

“There is less mystery about death as compared to when we started,” she says.

Some Ugandans are saving for funeral costs in other ways.

It’s like telling God that you want to die and you are preparing, so he will let it come to pass.Mellon Natukwasa, 29, a housewife

Sylvia Ashaba, a Kampala resident, a member of an investment group that pools money for land development and other projects, says there are better ways to plan for death and burial.

“In my group, Abeeka Sacco, we collect money monthly,” she says. “When one dies we contribute 1 million shillings ($286).”

Buying a funeral policy is akin asking for their death, Ashaba says.

“How can you write someone’s name on that policy? It’s like giving them up to die,” she says.

Jubilee is now marketing the insurance to companies, says Fiona Komugisha, an underwriter there. Companies might be more likely to purchase insurance for their employees than people would be to buy it for themselves, she says.

But there’s evidence that more Ugandans would buy funeral insurance, if they knew about it.

“People in my village were asking me about funeral insurance. They don’t know about it,” says Kato, the man whose wife died in August.  “A-Plus should tell people about it.”