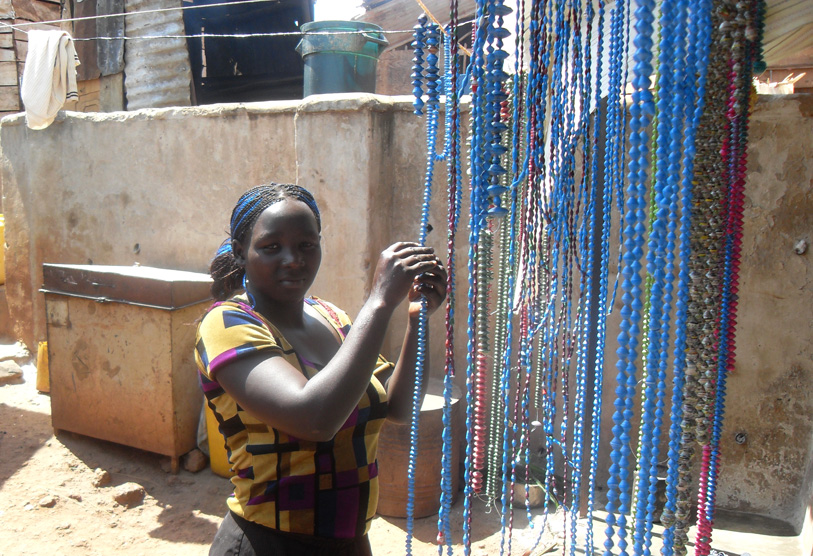 KAMPALA, UGANDA – Four years after the government of Uganda and the Lord’s Resistance Army, LRA, rebels signed a cessation of hostilities agreement, many of the 1.8 million internally displaced people, IDPs, have begun to consider returning home.

For the last 20 years, Uganda’s IDPs have lived in crowded camps, in dire humanitarian conditions, as IDPs do not receive the same protections as international refugees. But as the rebel insurgency murdered, mutilated, raped and abducted more than 60,000 of people during the 20-year conflict, these camps became home to nearly two million Ugandans.

In November 2003, the United Nations Under-Secretary-General for Humanitarian Affairs, Jan Egeland, described northern Uganda as “the biggest forgotten, neglected humanitarian emergency in the world today.” As life in the camps became more and more unbearable, a steady stream of IDPs feld to urban centers to try their luck working in the cities rather than continuing to live in the camps.

While there are no formal figures that can indicate exactly how many Ugandans fled the camps, James Okullo, the chairperson for Urban IDPs in Uganda, says thousands of people affected by the war in northern Uganda are currently living in nine IDP slum settlements in the Kampala area. While many IDPs say they left the camps in search of better lives, Okullo says they may have traded bad for worse. Urban IDPs here live in crowded slums, populated by flimsy temporary structures, and dirty streets that lack proper drainage systems.

As the war intensified in the mid 1990s, Jackie Abalo, now 24, and her HIV positive mother, found their way to a friend’s home in Acholi Quarters, a Kampala suburb, just one year before the government ordered people into IDP camps to protect people from attacks by the rebels. A second round of displacement took place in 2002.

More than a decade after displacement, Abalo and many other urban IDPs say they are reluctant to go home.

“Ten years is too long for me to move back home to nothing,” says Grace Akello, 40, a resident in the IDP slum in Acholi Quarters. While the slum is dirty, Akello says she would rather stay here, a place she has begun to call home, where she can access basic services like health centers and schools for her children. After more than 20 years of war in northern Uganda, the community infrastructure has been destroyed. In her home community, Akello says roads, homes, schools and heath centers have been razed. Even water sources and churches are difficult to find.

“People are moving back to bushes and I don’t want to go back to that. I have a home,” Abalo says of her home in the IDP slum outside of Kampala.

But many agencies here are unwilling to provide humanitarian assistance to urban IDPs, compared to those confined in rural camps.

Most urban IDPs are not registered, which makes it difficult for the government and humanitarian organization to address or even confirm their IDP status. IDPs in the camps of northern Uganda have ration cards indicating their entitlement to assistance, but urban IDPs often have no documentation to prove their displacement. So urban IDPs often disappear into the larger population of people considered economic migrants.

While urban IDPs are forced to work hard in menial jobs to earn a living, IDPs in the camps receive a host of services. Gulu, one of the districts affected by the conflict in northern Uganda, is host to the highest number of NGOs in the country and nearly all of them do the same work – provide humanitarian assistance to IDPs in the camps.  That assistance is not available to urban IDPs.

Abalo and her mother have worked for 15 years in order to make their living in the city, since they do not receive any government or humanitarian aid. Abalo even put herself through school by making and selling paper beads in local markets. As Abalo waits to graduate from Kyambogo University, she continues to make beads and sells them at Kampala’s Friday Craft Market. Her mother, too, continues to work hard to maintain their life in the city. She now trades groceries on the roadside, since crushing stones, her previous occupation, has been banned at the local quarry. She receives her HIV antiviral drugs from Reachout Mbuya, a city suburb close to her home.

Going Home is Not an Option for Many

Tears flow down Abalo’s cheeks as she recounts her father’s murder. He was killed by rebels as he searched for her younger sister, who went missing during a rebel attack in 1995. For many urban IDPs, home towns and villages are ruins strewn with graves and  memories of their murdered loved ones. Abalo says she prefers the urban slum to the ruins of her former home.

As the UNHCR, the United Nations refugee agency, continues to report a rise in the frequency and brutality of attacks by rebels against civilians in the Democratic Republic of Congo, Sudan and the Central Africa Republic, many IDPs here fear that the peace in Uganda is tenuous. “That mad man Kony will be back soon and we will have to go through the same cycle,” says Jackie’s mother of Joseph Kony, the head of the Lord’s Resistance Army, a man wanted by Uganda and the International Criminal Court, but who continues to evade capture. Plus, she says she would not know how to find her antiretroviral medications if she returned to her home village, Lira.

Others have more sentimental reasons for not going home. Jenifer Achiro, 65, says, “I have buried my children here. I cannot leave them behind.” According to Acholi culture, the prominent group in northern Uganda, the bones of those who died away from home must be exhumed or repatriated home so that the deceased can live in peace. Many urban IDPs who have lost relatives during their stay in the slum, say they would feel like they were abandoning the souls of relatives if they left their bones behind.

Protection of IDPs by the government
While IDPs lack protection by the United Nations and urban IDPs lack access to services and assistance by the government of Uganda and humanitarian organizations, several new treaties are asking governments in Africa to protect and address the needs of all IDPs. At the end of 2009, the Great Lakes Pact on Security, Stability and Development was ratified by 11 African states, including Democratic Republic of Congo, Rwanda, Sudan, and Uganda. Together with the Great Lakes Pact, the Kampala Convention, which has been hailed as the missing piece in international humanitarian law, will address the needs of the 13 million IDPs in Africa. It is the first instrument in the world to legally oblige states to protect and assist IDPs.

On the insistence of several international agencies, including the Refugee Law Project, leaders in Uganda and several other African states are considering making many amendments to current policies regarding urban IDPs. The list of new policies could include registration of all urban IDPs and including them in relocation and resettlement programs.

The Refugee Law Project reported that the exclusion of urban IDPs will ultimately hamper any national reconciliation processes. And according to the Norwegian Refugee Council’s Internal Displacement Monitoring Centre, IDMC, the convention, “Strengthens the legal basis for IDPs to claim their rights, including the rights to access to information, to be consulted about and to participate in decisions that affect their lives and the right to receive humanitarian assistance.”

While there is yet to be any on-the-ground implementation of new rights for urban IDPs here, Abalo says whether or not the government assists them, she is confident that they will always find a way to survive.