Skip to main content
The story you are reading was published on Sunday January 22, 2017. To read more recent stories click here. 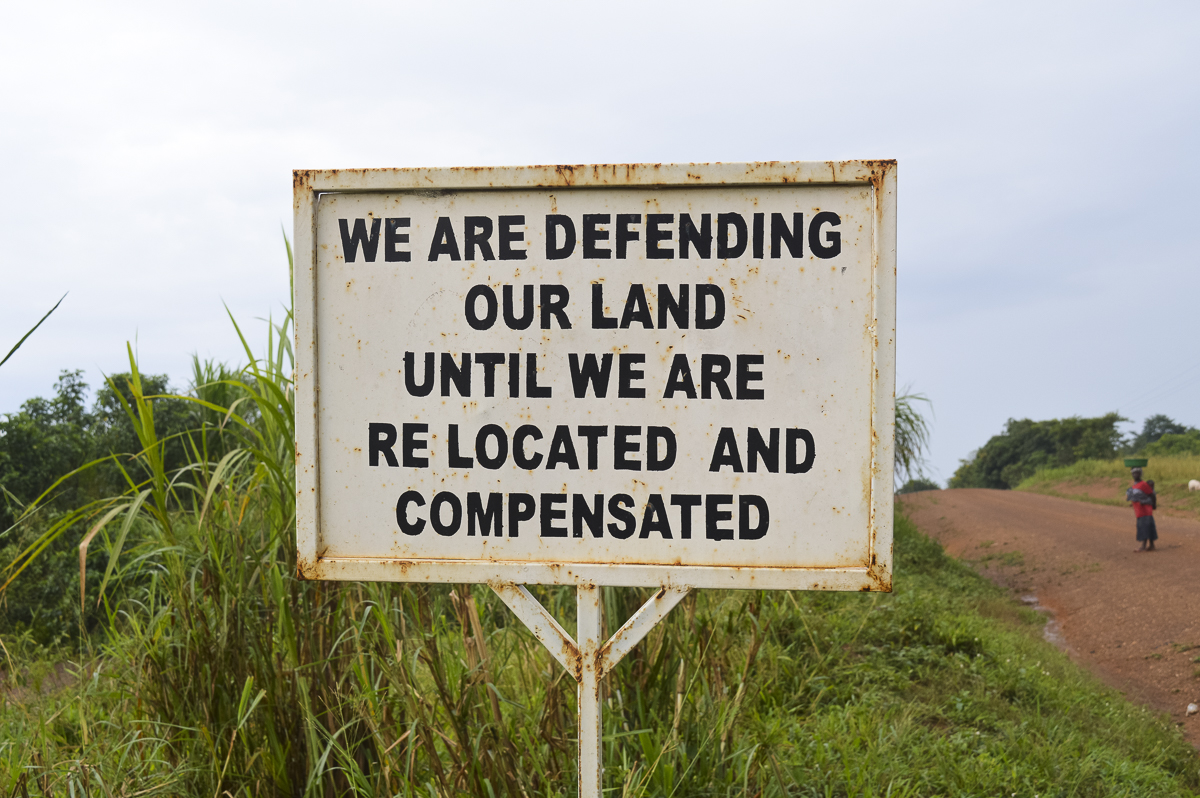 The five acres were worth 6 million per acre, Tumwebaze says.

But, in 2012, the government took the land anyway. It sits in an area where oil was discovered in 2006, and the government was eager to build oil wells and pads. People who owned land, like Tumwebaze, were offered cash settlements in exchange for leaving. If they didn’t accept the offers, they were told to await relocation. 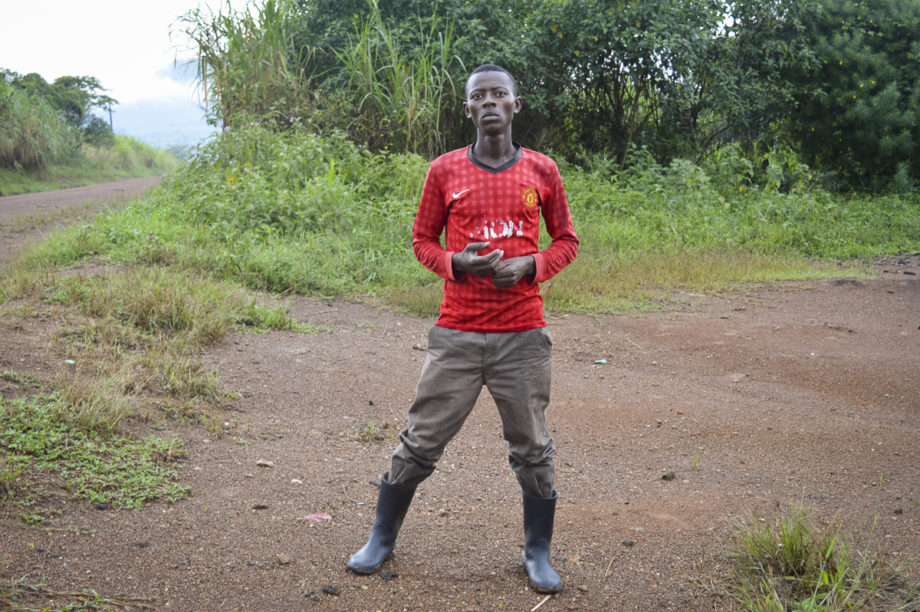 Innocent Tumwebaze, 20, rejected the government’s cash offer for his home and land and instead requested relocation, but he’s been waiting for years and isn’t sure when he’ll be resettled.

Now, he’s without his land or even his home. It was demolished in 2013 — he doesn’t know who did it — when he was away, escorting family members who were being relocated. Tumwebaze says he’s waiting to be moved to his new home, but no one is sure when that will happen.

Tumwebaze lives with a friend now, but he says the area feels increasingly remote as more people leave. Homes and even schools are all being abandoned.

“The other day, I had to fight a crocodile on my way,” he says. “I hit it with a panga and sharp sticks. That is how I survived.”

Uganda’s vast oil deposits are around the Lake Albert basin in the districts of Hoima, Kibaale and Masindi. By 2014, Uganda’s proven oil reserves were estimated to be 3.5 billion barrels. Oil production is expected to increase total government revenue from the current 13 percent of GDP to 18 percent on average.

But that oil production came at a cost: People in all of those districts were pushed from their homes. In Hoima district, the affected area included 13 villages. One advocacy group counts about 1,100 families that have been displaced, but there has been no formal count. 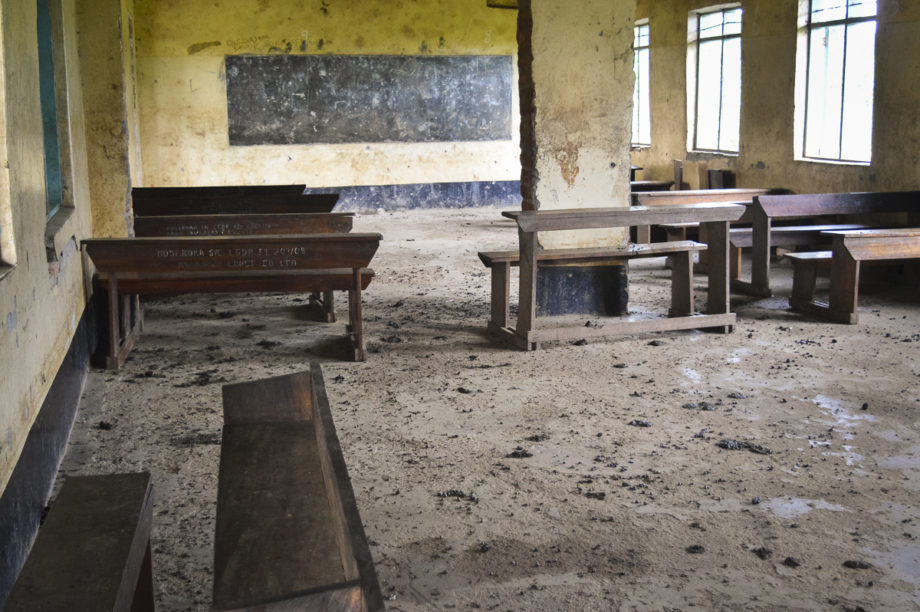 Schools, including this one, were abandoned as people were pushed out of their homes to make way for oil exploration.

Many landowners in the area zoned for oil production took the cash in exchange for their property, and they’ve already been paid, says Edward Asiimwe, the Hoima district lands officer.

It’s a rural area, Asiimwe says. The landowners were paid fairly, based on what the land is worth.

“There isn’t much such land can attract,” he says.

New homes are being prepared for people who chose relocation over cash compensation.

Dennis Yuke, a site engineer with Sumadhura Technologies, the company contracted to build homes for some displaced people, says 46 homes are being roofed and plastered now.

The other day, I had to fight a crocodile on my way. I hit it with a panga and sharp sticks. That is how I survived.Innocent Tumwebaze, 20, who lives in an area that is increasingly isolated due to evictions and relocations to make way for oil production

Bureaucratic details are the cause of the years-long delay.

And now, people who sold their land to the government say that the 3.5 million to 7 million Ugandan shillings per acre they were paid isn’t enough to buy comparable property in the same area— where many landowners have ancestral ties, and where they would have the potential to benefit from oil production — or even in other areas.

Since the discovery of oil, the value of land in the area has exponentially increased, according to the 2015 report “Up Against Giants,” published by Civic Response on Environment and Development, a Ugandan government watchdog, and other partners. At the same time, the rule of law is eroding in the area, and it’s likely that crimes related to evictions and land grabs will never be prosecuted, researchers found.

The situation is complicated because only a small percentage of landowners ever engaged in a formal land transaction, so few have documents proving their ownership, according to that report. 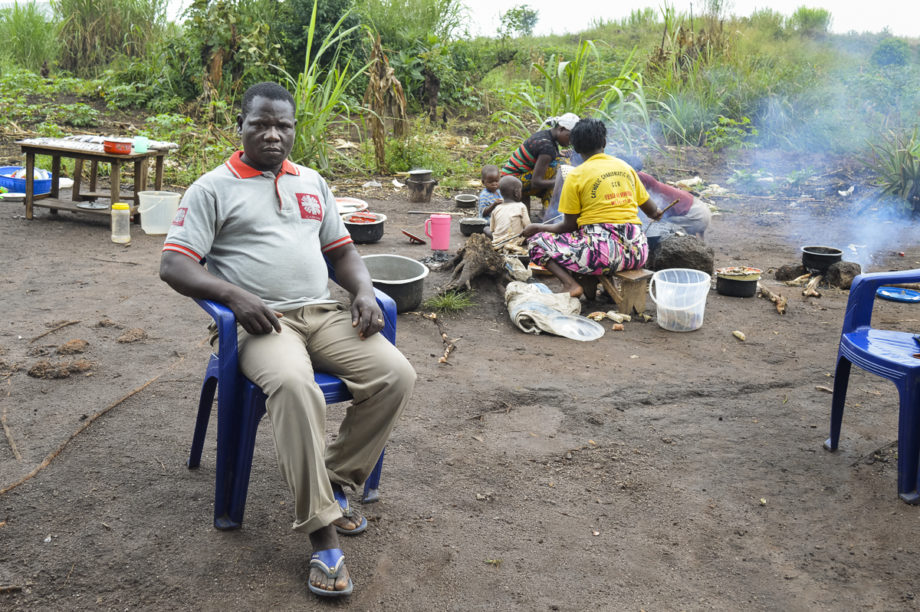 Julius Ochokdhugu sits in the home where he lives with his family in a village near the area where he was evicted. He says he was promised relocation four years ago, but he’s still waiting.

For people who don’t own land, the situation is just as uncertain.

Julius Ochokdhogu, a married father of five, is from Bukona, a village that local officials said needed to be abandoned to make way for oil production. Most families received cash in exchange for their land and left, but Ochokdhogu’s family remained there alone, awaiting relocation. Desperate to avoid isolation, the family moved to Buseruka, a nearby town, but Ochokdhogu says he hasn’t been compensated for the family home or anything around it, including cassava, eucalyptus trees and avocado plants.

And the family is still awaiting relocation.

They told us that we would be relocated in three months. Now it is four years.Julius Ochokdhogu, a married father of five

“They told us that we would be relocated in three months,” Ochokdhogu says. “Now it is four years.”

The homes and possessions of those who did receive cash compensation weren’t valued fairly, says Michael Busingye, a field assistant officer of Africa Institute for Energy Governance.

“They used outdated rates. [For example,] a banana cluster was evaluated at 8,000 shillings,” Busingye says.

But now that Tumwebaze chose relocation over cash compensation, he’s in limbo. The government took his land anyway, he says. Now, his only hope is to get a house in the relocation process. 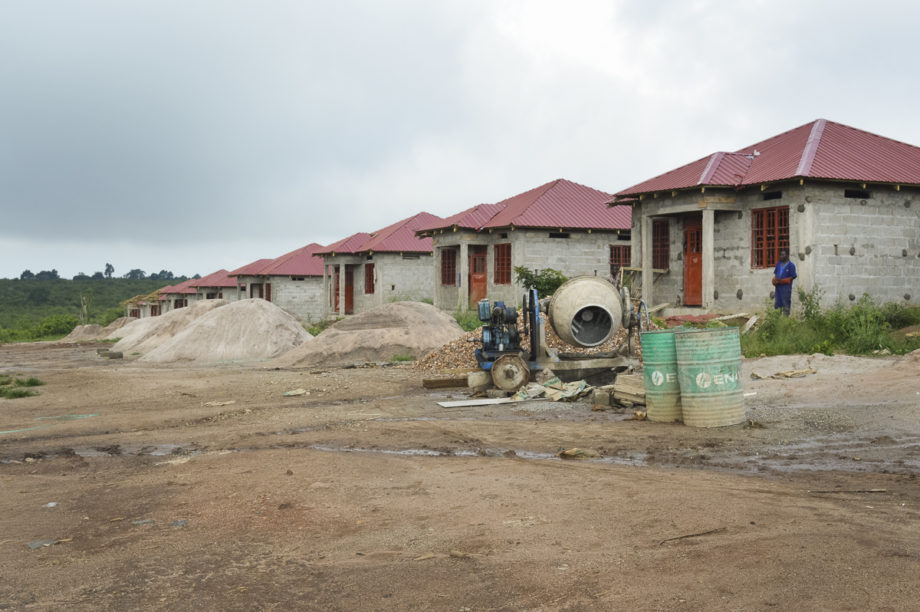 Homes for relocated people are under construction, but people who were pushed out of their home villages say they’ve been waiting for years for new housing.

“They should work with speed and finish the houses quickly,” he says.

At the very least, people awaiting relocation should be given a firm date for when the move will happen, Ochokdhogu says.

“They should let us know when we shall be moved so that we plan accordingly,” he says. “For example, if I know relocation is in a few months, I can plan to plant crops with short life span.”

Yuke, the site engineer, says construction is expected to be complete this year.

Some interviews were translated from Runyoro.