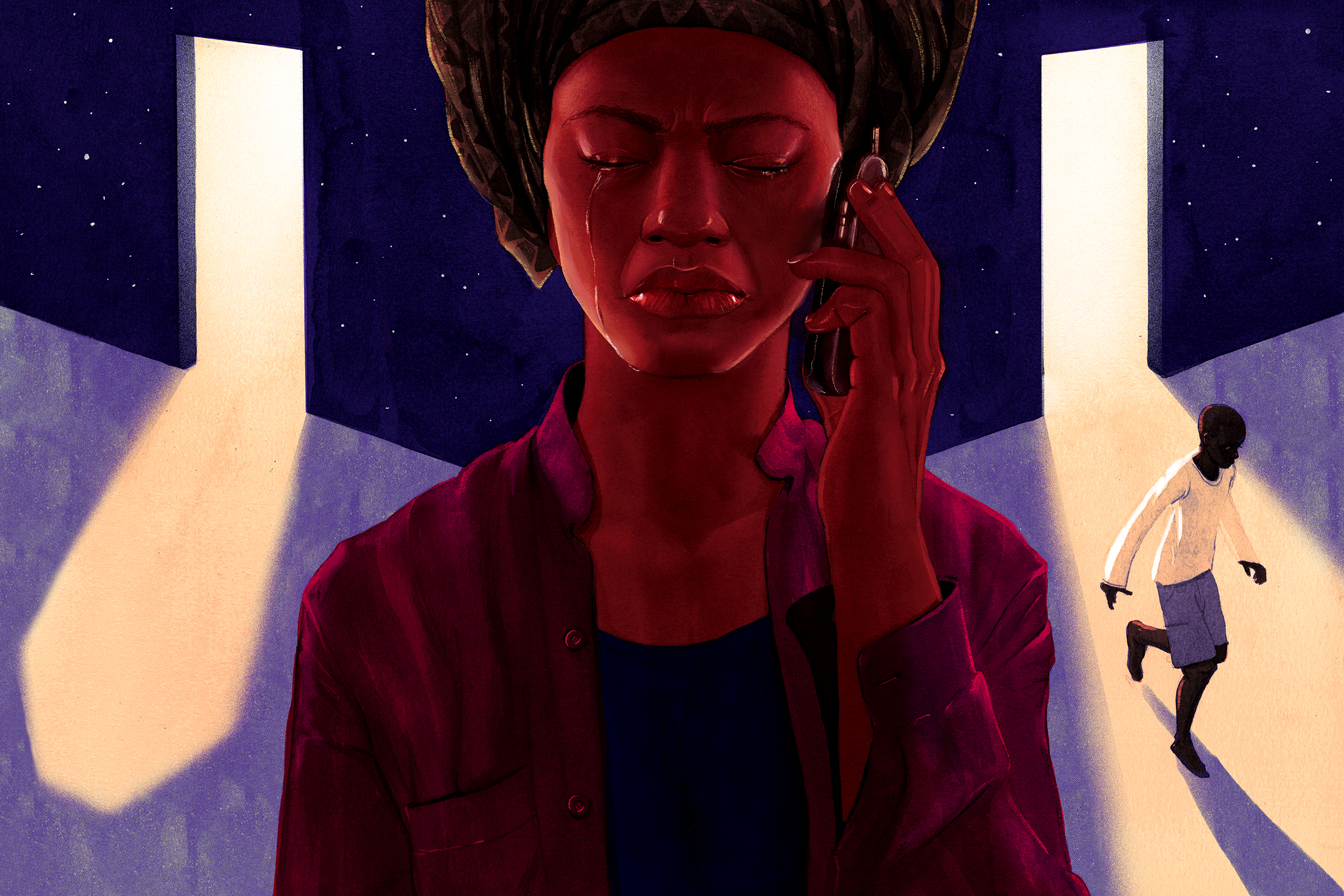 A stranger’s voice asked her if she knew where he was.

Of course she did; he was outside playing with neighbors, she remembers thinking.

“But before I could complete my statement, I realized something was strange,” she says. “The caller’s voice had a warning tone in it.”

“Before I could process the whole situation, he told me that he had my son and that I had two days to send him 5 million [shillings, equivalent to $1,340],” she says.

The kidnapper told her that she could use mobile money to send the ransom to the phone number from which he was calling.

Nakafero says she reported the case to police but also decided to negotiate directly with the kidnapper.

After negotiating for three days and paying 4 million shillings ($1,070), she got her son back.

Kidnapping for ransom is on the rise in and around Kampala, Uganda’s capital. And not everyone is lucky enough to get their loved ones back alive, says Freddie David Egesa, a security expert and managing director of Absolute Guards and Investigators Ltd.

According to police statistics, there were an average of two reported kidnapping cases here every month in 2017. Official tallies for 2018 have not been released, but the number of people kidnapped and killed is on the rise, says Patrick Onyango, deputy spokesperson for the Kampala Metropolitan Police.

Approximately 40 percent of people who are kidnapped are killed, Egesa says of recent cases that his organization has handled.

One reason that kidnappers often resort to murder is that kidnapping for ransom can be punishable by death or long prison sentences, whether or not the crime ends in murder, Egesa says. Though the death penalty is legal here, no prisoner in Uganda has been executed since 1999. Ultimately, kidnappers commit murder out of fear of being identified, he says.

According to police statistics, there were an average of two reported kidnapping cases in Kampala every month in 2017.

A kidnapper who has not demanded ransom faces 10 years in prison. Other motives include rape or ritual sacrifice. But with poverty a likely root cause of the new crime wave, ransoms are commonly sought. In the hope of lowering the number of murders, Egesa is one of several people lobbying lawmakers to create a penalty for kidnapping without the intent of murder.

Egesa is proposing that a kidnapper who seeks a ransom but does not intend to murder should be sentenced to just two years in prison.

The police department’s Onyango says that the growing unemployment rate in Uganda and a need to make fast cash are the likely reasons that kidnapping is on the rise.

“To some people, kidnapping is a business and the only way of making quick money,” he says, adding that current trends show that ransoms are typically between 5 million shillings and can go as high as 3.6 billion shillings ($965,400).

But for many, the idea of lessening the punishment for kidnapping seems akin to encouraging the crime.

Sam Mukwatiri, a legal advocate and lecturer on corporate law at Kyambogo University in Kampala, disagrees with Egesa’s proposal.

Kidnap cases are numerous, because it’s become a lucrative business, Mukwatiri adds, and lessening the punishment will only bolster the criminals.

“What they are proposing will encourage criminality, because [kidnappers] will know that two years is a short time in prison and hence will sacrifice those years for a big ransom,” Mukwatiri says.

Egesa admits that it’s not always possible to know a kidnapper’s intentions. But after working dozens of criminal cases in recent years, he sees a pattern.

“A normal kidnap lasts around seven days, when the aim is getting money,” he says. “It would be uncharacteristic of a criminal with intent to murder to hold on to the victim for more than three days.”

But around town, citizens say they are increasingly fearful of the kidnapping trend and don’t like the idea of lessening the penalties.

Stanley Nsale, a meat trader in the Kanyanya neighborhood, says, “Two years of imprisonment can’t be punishment enough for one who kidnaps. In fact, that number of years would encourage the crime.”

But for Nakafero, who was able to get her son back in just a few days, Egesa’s proposal is appealing.

“When my son was kidnapped, the only thing running through my mind was, I will do anything, anything, to get him back safe and sound,” she says. “Having been in such a situation, I understand why Egesa’s proposal makes sense.”

Any incentive for a kidnapper to return a loved one safely is worth it, she says.

“Life is priceless, and if saving it requires not-so-great laws, I would sign for that amendment,” she says.