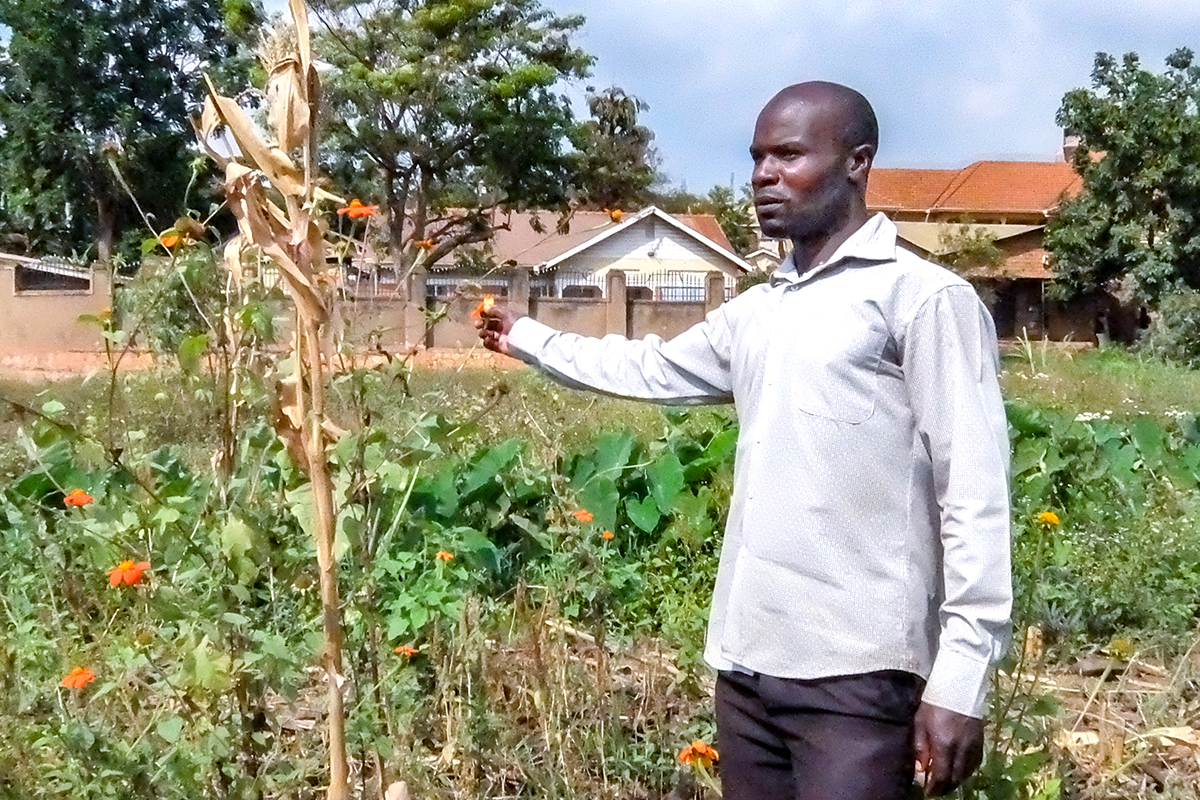 KAMPALA, UGANDA — Steven Mutebi rents a one-acre piece of swampland in a suburb of Kampala, where he grows sweet potatoes, a local banana called matooke, yams and maize to feed his family.

He is one of many small-scale farmers growing food in wetland areas around the capital. Since 1994, Uganda has lost more than 30 percent of its wetlands according to a 2016 government report.

The growing number of people who are using the wetlands here for farming and other economic activities are causing damage, warns Isaac Banada, environmental analyst at the Uganda Environment Protection Forum, a nongovernmental organization that promotes efficient natural resource management.

I tried getting a proper piece of land to have my garden in Kampala, but I couldn’t find one. Land for farming is very scarce in Kampala.Moses Kigongo, a farmer

Since wetlands are key for water storage and filtering nutrients and pollutants, without them, he says, “filth collects where water from Kampala pours into Lake Victoria, hence polluting Kampala’s biggest water source.”

Water pollution and loss of wetlands will have dire long-term consequences, Bananda warns. But the wetlands are also an essential piece of Uganda’s economy.

Fifty percent of the wetlands are used to generate cash, with farming and other businesses employing at least 2.7 million people – nearly 10 percent of Uganda’s workforce, according to a 2013 study on wetland use in Uganda, published by the Canadian Center of Science and Education.

Mutebi says he understands the environmental consequences of farming in the wetland areas. But he says urban farmers have little choice because his family needs to eat and he earns money from selling some of his crops.

“Farming in a wetland is not something that I like to do because of its effect on the environment,” he says. “But my garden is my only source of income and the only piece of land in Kampala I could find.”

Naomi Namara Karekaho, public relations officer at the National Environment Management Authority, the government agency responsible for environmental protection, says large-scale farming and other human related activities in wetlands are illegal unless the user gets a permit.

To get a permit, users must provide information showing that the activity is sustainable and not harmful to the land. But enforcement is uncertain for small-scale farmers like Mutebi.

“Most farming in Kampala is on small scale, so its impact on the wetland weighs less, but that doesn’t entirely rule out the fact wetlands are being degraded by these activities,” Karekaho says. 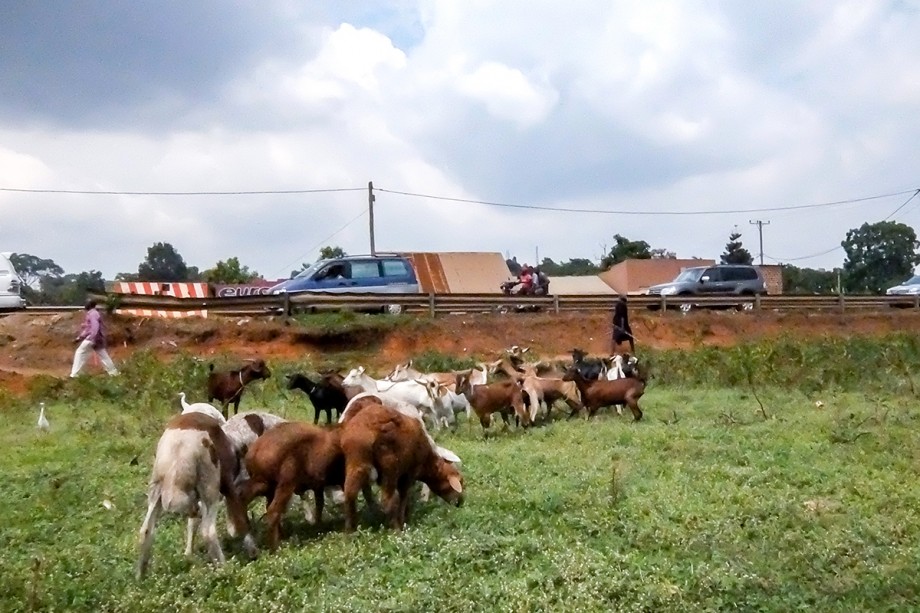 Animals are raised in Kalerwe, a suburb of Kampala, Uganda, where some city dwellers farm in wetlands.

Michael Opige, program manager at the nature conservation organization Nature Uganda, says farming disrupts the natural flow of water through wetlands and can lead to flooding.

“It silts water streams, or the wetland itself hence disrupting the natural flow of water to the main source,” he says.

Both Mutebi and Moses Kigongo, who also farms in a wetland in a Kampala suburb, say they’ve experienced floods that have destroyed their gardens.

Kigongo’s plot has flooded three times, but he says he agrees with Mutebi that “finding land for farming in Kampala is quite a challenge so the wetlands are the only unoccupied land.”

Both men say they’ve searched for other land.

“I tried getting a proper piece of land to have my garden in Kampala, but I couldn’t find one,” he says. “Land for farming is very scarce in Kampala.”

“We support urban farming for purposes of food security and employment,” he says, but he urges wetland farmers to attend the authority’s workshops to learn about farming on rooftops and in other urban spaces to prevent further wetland encroachment.