Skip to main content
The story you are reading was published on Wednesday February 10, 2016. To read more recent stories click here. 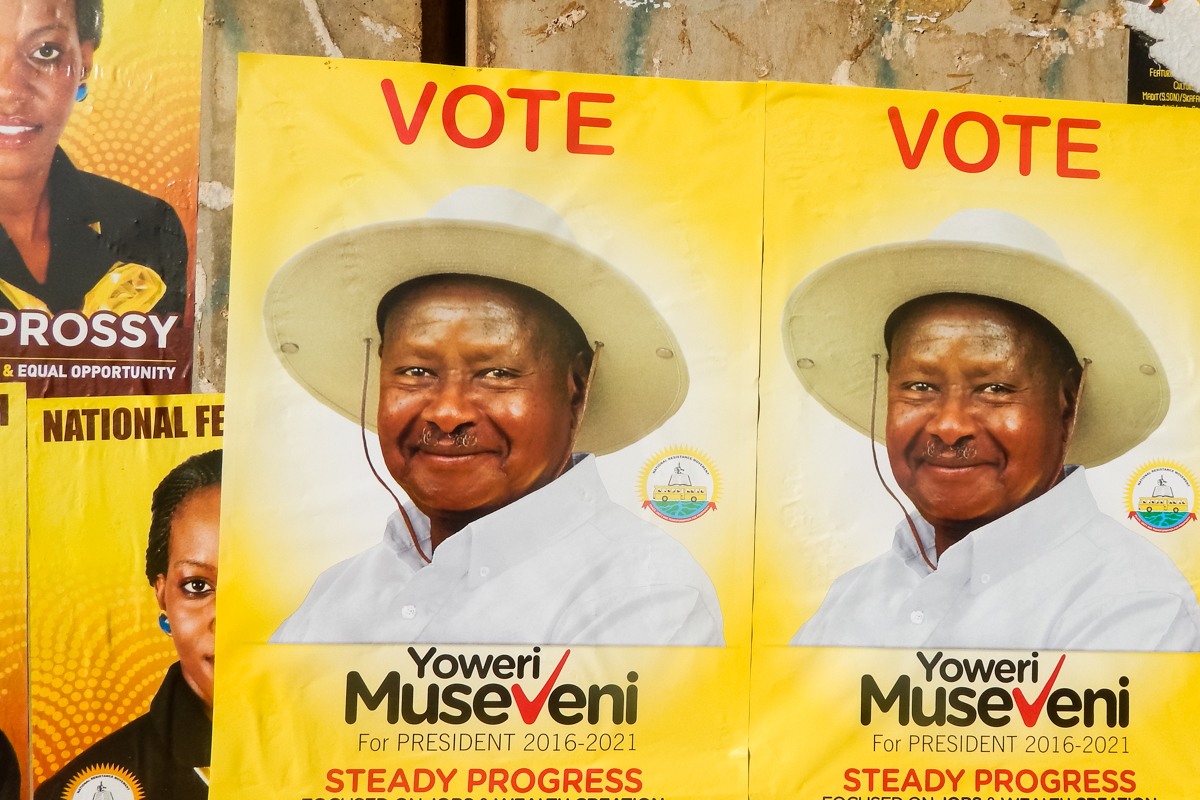 Luswata says he’s voted in two previous general elections. But on Feb. 18, when Museveni’s name will be on the ballot in his bid to extend a presidency that has been ongoing since 1986, Luswata says he’ll stay home.

“It will be a waste of my time,” he says. “President Museveni is going to win again. I want to see another person become president. But with Museveni running for the seat, I don’t see anyone else winning.” 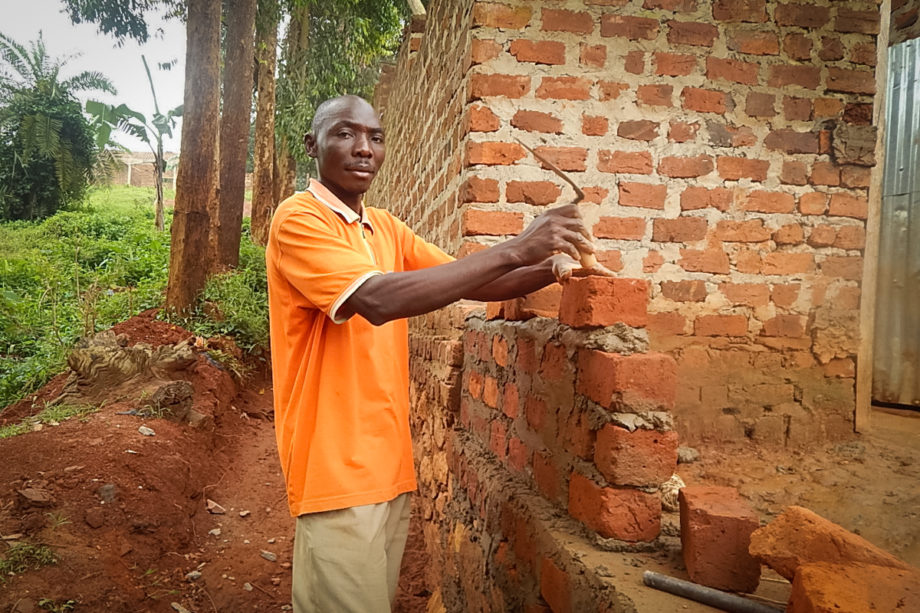 Polls in the country suggest that Museveni, who is running for his fifth term, will win the election with well over 50 percent of the vote. His candidacy has activists and politicians calling for a restoration of presidential term limits, which were done away with in 2005. That was nine years after Museveni was directly elected as president. He was originally installed in power in 1986, after years of guerrilla warfare.

Even so, many Ugandans aren’t hopeful that change will come anytime soon.

“We deserve the leaders we get,” says Doreen Namukasa, an administrator at a local university. “We once again voted for the very MPs who removed the term limits when they very well knew what they were doing was suicidal for this country.”

Namukasa says she won’t vote in an election until Museveni isn’t a candidate.

We deserve the leaders we get. We once again voted for the very MPs who removed the term limits when they very well knew what they were doing was suicidal for this country. Doreen Namukasa, an administrator at a local university

Uganda’s constitution granted presidents two five-year terms in office until July 2005, when Parliament removed the article stating that presidents could only serve two terms. That was nearly two decades into Museveni’s presidency, and it paved the way for him to extend his time in office.

But people who oppose that change haven’t been able to get it reversed.

Early last year, civil society groups worked with parliamentarians to present electoral reform proposals to Parliament, among them restoration of presidential term limits. Parliament accepted some of the proposals and rejected others, including the one on term limits, Gaetano Batanyenda, a Catholic priest and founding member of the Black Monday Movement, an anticorruption group, said in a phone interview. Batanyenda helped draft the 1995 Constitution as a member of the Constituent Assembly.

Inside the Story: “It’s not always easy to write a political story in Uganda.”

GPJ reporter Nakisanze Segawa reveals how her reporting started on a roadside. She also details just how difficult it is to get government sources on the record during political season in Uganda.

Term limits were rejected, Batanyenda says, because 263 of Parliament’s 375 members who represent constituencies or special-interest groups are in the Museveni’s National Resistance Movement party (NRM).

“Can you break a plate that feeds you?” Batanyenda says.

Luswata, the construction worker, is convinced that the parliamentarians were paid off to make the change.

“Parliamentarians have been bought to pass laws that don’t favor us ordinary citizens, like the removal of presidential term limits,” Luswata says. “They were paid 5 million Ugandan shillings ($1,451) each to pass this law. I know this because it was reported in the local media, and none of the members ever denied it.”

Rita Namwanga, an NRM supporter, says she believes the money was meant to enable to parliamentarians to consult with their constituents before voting on the change.

For a case like Uganda and its history, a leader comes who is so exceptional, and the masses don’t want him to go.John Nagenda, a senior presidential adviser on media relations

Ssemujju Nganda, a parliamentarian and member of the Forum for Democratic Change party, says Parliament acted on Museveni’s orders to remove presidential term limits. It would be impossible to overturn the change, he says.

“Many members of Parliament work like they are staff of the State House,” Nganda says. “If the president wants anything to happen and it doesn’t happen, he calls MPs under the NRM caucus and vouches for his interests. I am a member of Parliament, and I know what happens in Parliament.”

Other state divisions have become weak under Museveni’s rule, he says.

“The security, judiciary, the electoral commission — they are all supposed to serve the country, but once you have all these institutions almost at the mercy of the president, the situation ceases to be democratic,” he says.

Julius Kiiza, a political economy lecturer at Makerere University, agrees. Kiiza says having an all-powerful president and the lack of independence has weakened the country’s status as a democracy.

“What we see is patronage politics revolving around the incumbent,” he says. “Everything, the electoral commission, the security agencies and the judiciary are institutionalized to serve the incumbent’s purposes from the top, through the districts, down the parishes to the local councils.”

But parliamentarians who are members of the National Resistance Movement say the president doesn’t influence their decisions. 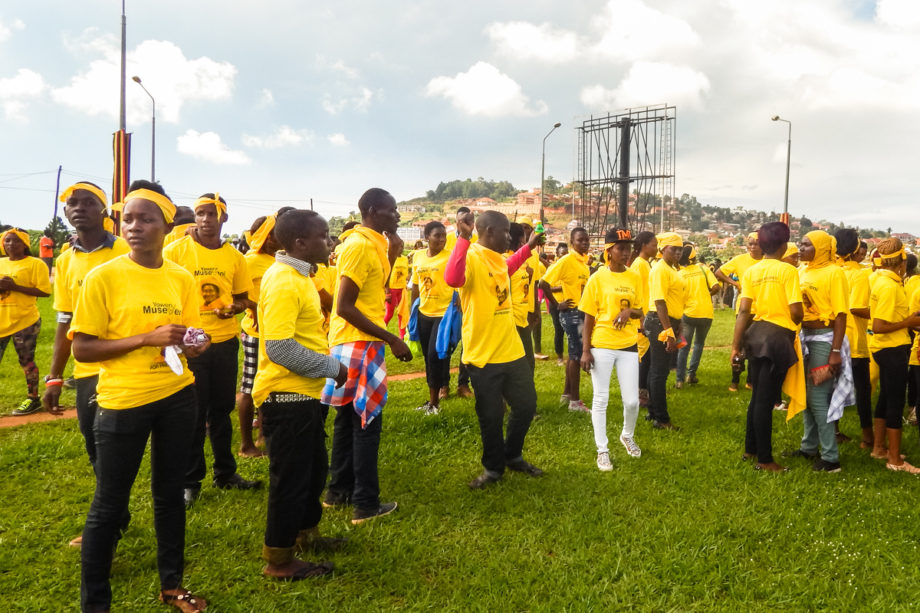 Young supporters of Ugandan President Yoweri Museveni wait for his arrival near Mandela National Stadium in Bweyogerere near Kampala.

“NRM is a membership party to which President Museveni is the chairman. Every now and then, we have caucus meetings in which party and national issues are discussed.  Sometimes he is not even in these meetings, so how does he influence every decision?” says Flavia Nabugere, a parliamentarian and member of Museveni’s party, in a phone interview.

And some National Resistance Movement members at times publicly disagree with Musevenior party decisions, she says. It’s naive to suggest that members of her party are controlled by the president, she says.

She says parliamentarians acted on behalf of the people they represent when they voted to remove presidential term limits.

“Whether members were given money or not, it was never their personal decision,” Nabugere says. “They consulted with their constituents and the masses decided that it was President Museveni they wanted.”

“For a case like Uganda and its history, a leader comes who is so exceptional, and the masses don’t want him to go,” he says.

Parliamentarian Dorothy Mpiima, a member of Museveni’s party, says the president brought stability to the nation.

“We have kingdoms in Uganda and I am proud of my king,” she says, likening the presidency to Uganda’s traditional monarchies. “If we think that he should be around for as much as he wants, what is wrong with that? I hold respect for my colleagues for reflecting and representing the opinions of the masses at that time when presidential term limits were removed.”

Uganda experienced political unrest in the two decades prior to Museveni’s rise to power in 1986.

Batanyenda, the Black Monday Movement founder, says activists have been moving through the country to tell people about the risks of having a lifetime president.

“We tell them that having a constitution that could lead to life-presidents is cancerous. We hope to empower the masses so they can vote from an informed perspective,” he says.

Luswata, the construction worker, says only the restoration of term limits will make it possible to remove Museveni from office.

“President Museveni has had enough time to plan for this country, there is nothing more he can do,” he says.