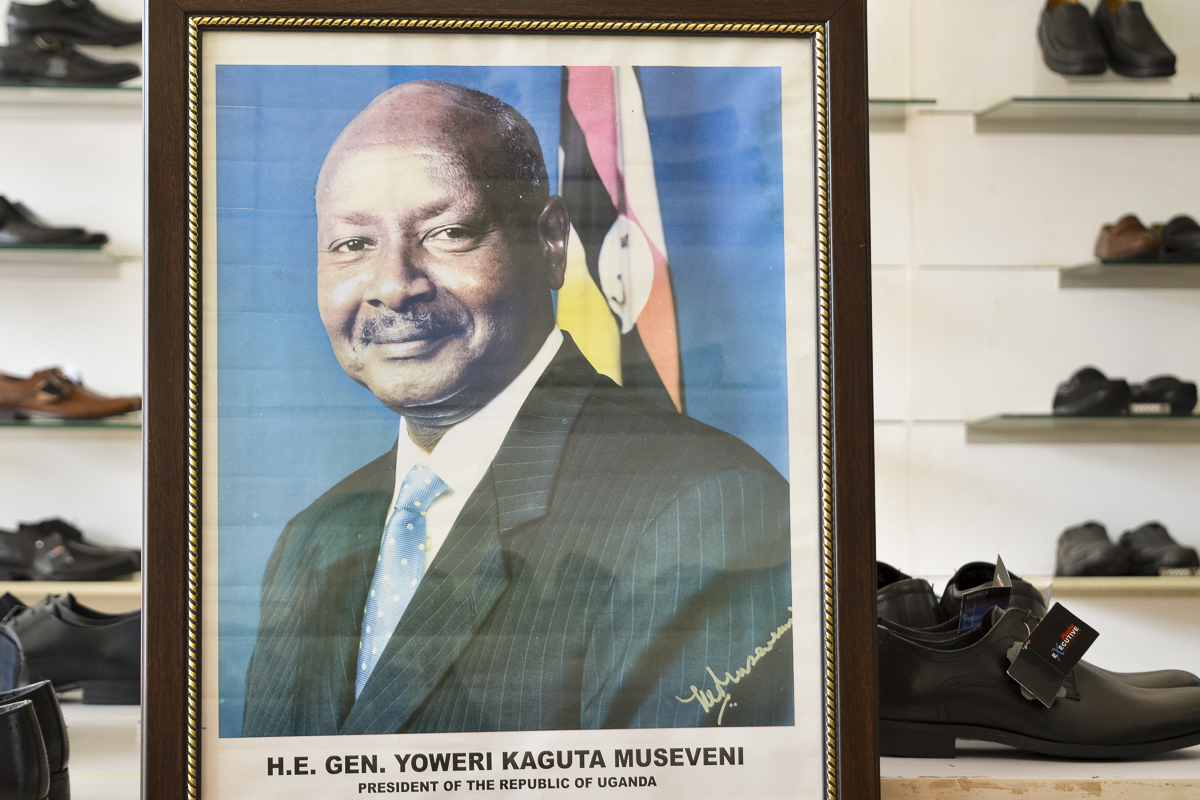 KAMPALA, UGANDA — President Yoweri Museveni’s party, the National Resistance Movement, has kick-started a process of amending the Constitution to remove a clause that bars people over 75 years and below 35 years from being elected president.

The move is meant to allow Museveni to run for office in 2021 and beyond. The president won his fifth term in office in February 2016, in an election marked by allegations of intimidation and vote rigging. Museveni has been in office for the last 30 years. He is commonly considered to be 72 years old, but his exact age isn’t known.

Many Ugandans expect the proposal, which was presented to Museveni early in August, to sail through Parliament once it is presented for debate, and some aren’t happy about it.

“We don’t have an independent Parliament, and if President Museveni is interested in standing for president again come 2021, he will influence Parliament to amend the law, since his political party has the majority members,” says Edward Katusabe, a construction worker in Wakiso, a district neighboring Kampala.

The number of ruling party MPs is more than double that of the opposition in Parliament.

In 2005, Parliament removed an article in the Constitution that barred the president from ruling for more than two five-year terms. Removing the age limit clause could result in Museveni being president for life.

Joel Ssebikaali, a parliamentarian allied to the ruling party, supports the proposal, saying Museveni’s win in this year’s election means that the majority of Ugandans would still want him to be president when his current term ends.

“The over 60 percent of votes the president got show that many people would still want him to be president,” he says. “But the Constitution, if not amended, will bar him from standing again, which is against the wish of majority of the people. If a leader has shown that he is still capable of leading a country, and the people feel the same, why should we stop him on the grounds of age?”

Jesca Ababiku, the women’s representative for Adjumani district, says the age limit law is discriminatory because it only mentions presidential candidates.

“The age limit should cut across all levels of leadership, from the local council, Parliament and the president,” Ababiku says.

Kevin Mugerwa, a maid in Kampala, says she supports the removal of the age limit clause because the president’s age has not affected his performance.

“Uganda has experienced peace during his regime. That’s why we want him to stay president as long as he wants,” Mugerwa says.

But some accuse Museveni of trying to cling to power.

“It is unfortunate that a country with a terrible history of power succession is being dragged back to the very situation it was in decades ago. The very situation that forced President Museveni to declare a guerrilla war to the regime he overthrew,” says Peace Kyamureku, a political activist.

Museveni came to power in 1986 after a conflict that removed the existing government.

Philomena Nabweru, a retired teacher, says she is concerned that Museveni might not have the mental and physical capability to lead the country.

“At 75, President Museveni can do better as a presidential adviser or political consultant. He should be training someone to succeed him. When he clings on to power, Uganda stops being a democracy,” Nabweru says.

William Asiimwe, a construction worker, says Uganda needs a leader who respects the Constitution and who understands the matters of the youth.

“[Museveni] has failed us with unemployment. I don’t think there is anything new he will add to improve our situation,” Asiimwe says.

Members of the opposition have vowed to fight the proposal to remove age limits for presidential candidates when it is taken to Parliament.

Lubega Medard Ssegona, an opposition lawmaker, says his party will encourage ruling party members to join in fighting the proposal.

“President Museveni has proven to us that he is physically weak, and has tendencies of dementia,” Ssegona says. “He forgets a lot of things, especially the promises he made to Ugandans when he was in the bush. He promised Uganda a federal system of government, and he also said that he will lead for a short while, but he has ruled for over 30 years.”

But Ssegona is pessimistic that the opposition will manage to block the change.

“Chances are that when the proposal is turned into a bill, the Constitution will be amended and the presidential age limit will be removed. Museveni will manipulate Parliament as he always does,” Ssegona says.