Skip to main content
The story you are reading was published on Monday September 5, 2016. To read more recent stories click here. 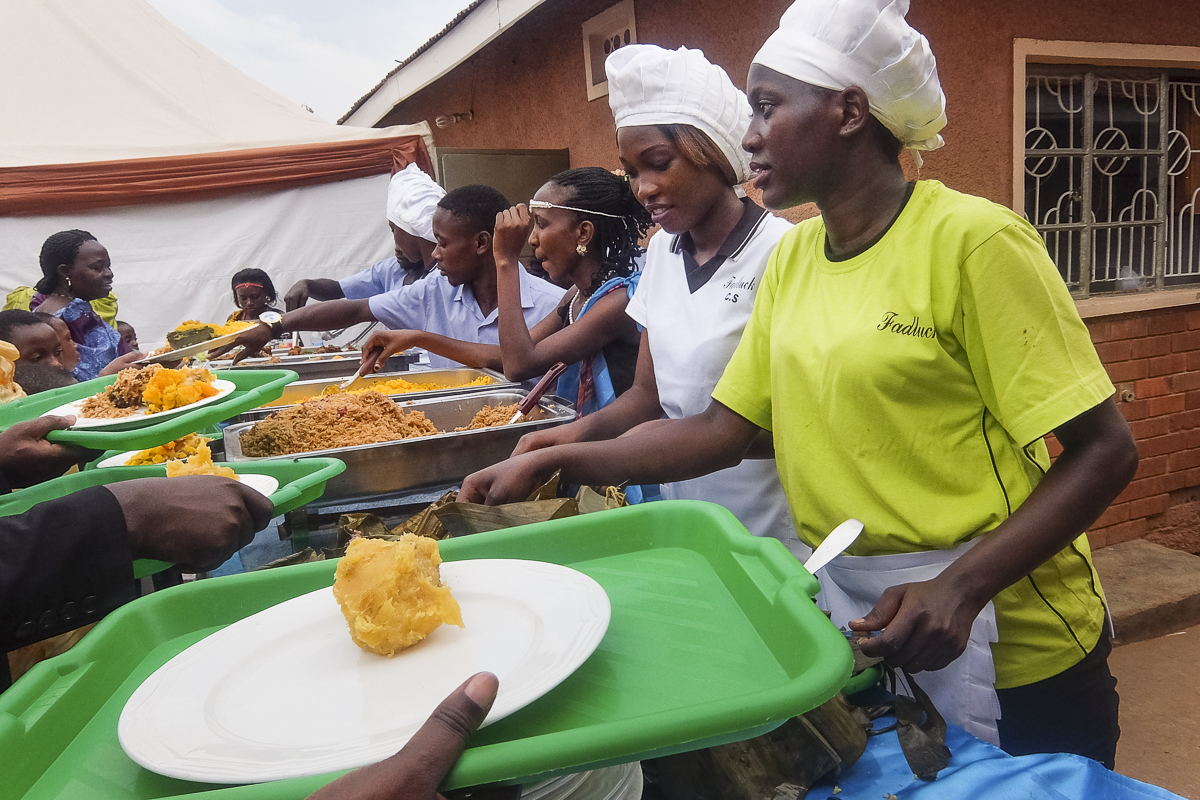 KAMPALA, UGANDA — Lynn Kobusheshe loved her food oily and tasty. Fries and fried liver were her favorite dishes. At tea time, she would get freshly cooked doughnuts, mandazis and samosas, all of which are deep-fried snacks from a market near her office. The snacks came dripping with oil, she says.

Then she started feeling sick.

“I would feel bad whenever I ate anything,” Kobusheshe says. “My diaphragm felt like it was on fire all the time. I would vomit everything I ate. When I went to hospital, I was told I had to undergo an emergency operation.”

Kobusheshe was diagnosed with gallstones, a condition that can occur when there are high levels of cholesterol in the gallbladder. They were removed, but doctors advised her to cut oil and animal products from her diet.

Kobusheshe is now one of a growing number of Ugandans who eat only boiled foods to avoid the health complications caused by excess cholesterol. Many restaurants and caterers in Kampala, the capital city, have added boiled food to their menus to meet this demand. 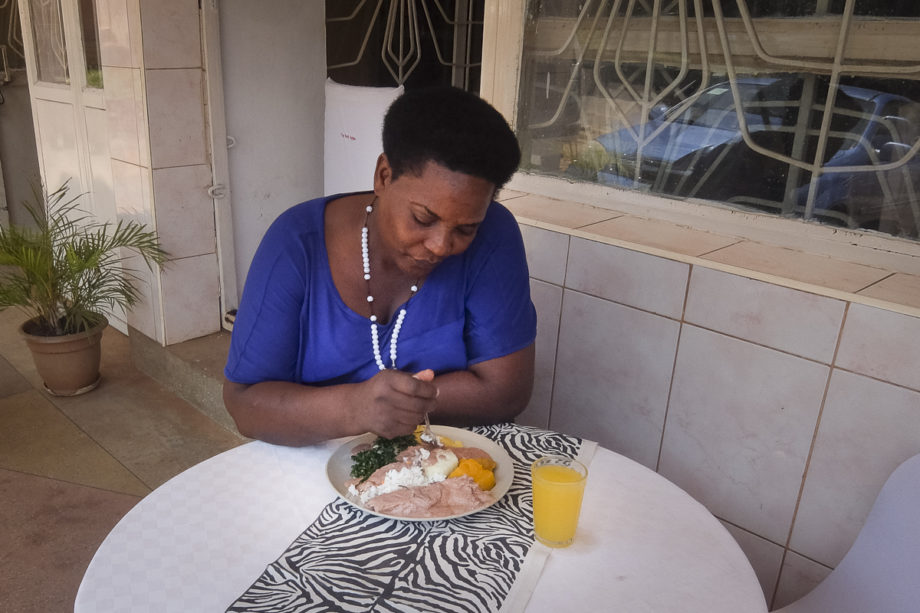 Lynn Kobusheshe eats lunch at The Red Apple restaurant, where healthy food is on the menu. She says she eats only healthy foods since recovering from gallstones, a condition that can be caused by excess cholesterol.

Many dishes in Uganda, especially snacks, are fried. Matooke (green bananas), posho (cornmeal) and rice, which are the staple foods in Uganda, are boiled, but their accompaniments – beans, beef, fish and groundnuts – are fried.

As a result, diseases including hypertension, diabetes and obesity are on the rise, according to a 2014 report from Uganda’s Ministry of Health. People, especially those in urban areas, are now eating more fried foods, according to that report.

Some people in Kampala are getting that message.

Peter Makara, a chef at Imperial Royale Hotel in Kampala, says many of the hotel’s clients order only boiled food, but fried food is still provided for some of the international clients who request it.

“We as service providers go with the demands of the people, and in the long run I appreciate the economic sense because, I spend less on oil now and I have more customers,” Atwine says.

Now, he says, he only uses oil for snacks and fast foods, which young people prefer.

Joan Kalibala, the sales and marketing manager of Bativa Hotel, says she started noticing the change in dietary habits among clients six years ago, and the trend keeps growing.

“These days, people prefer traditional foods, which are mostly boiled,” Kalibala says. “But here and there we also get those that need fried foods, for example, fried fish and chicken. It is difficult to kick oil out of hotel services but we ensure the oil we use has very low fat levels.”

The Red Apple, a new restaurant in Kampala, specializes in healthy food preparations. Meat is only roasted or boiled, and vegetables are steamed to retain their nutritional value.

Alice Guma, the restaurant’s proprietor, is a nutritionist. She says she’s learned to make food taste good without using oil.

Pamela Mudooli, a nutritionist, says some health conditions, including high cholesterol, would decrease if more people eliminated fats and oils from their diets.

She advises the public to compare nutritional labels when shopping for food and choose those that are low in fat. She also recommends use of vegetable oil instead of animal products like ghee and butter.

Kakoma Nyana, a publisher in Kampala, says she boils all her food, except vegetables, which she steams.

“Boiled foods are healthier and safer.  Sometimes I add a little oil to make the food tasty but I’m cautious enough to use olive oil or coconut oil,” she says.