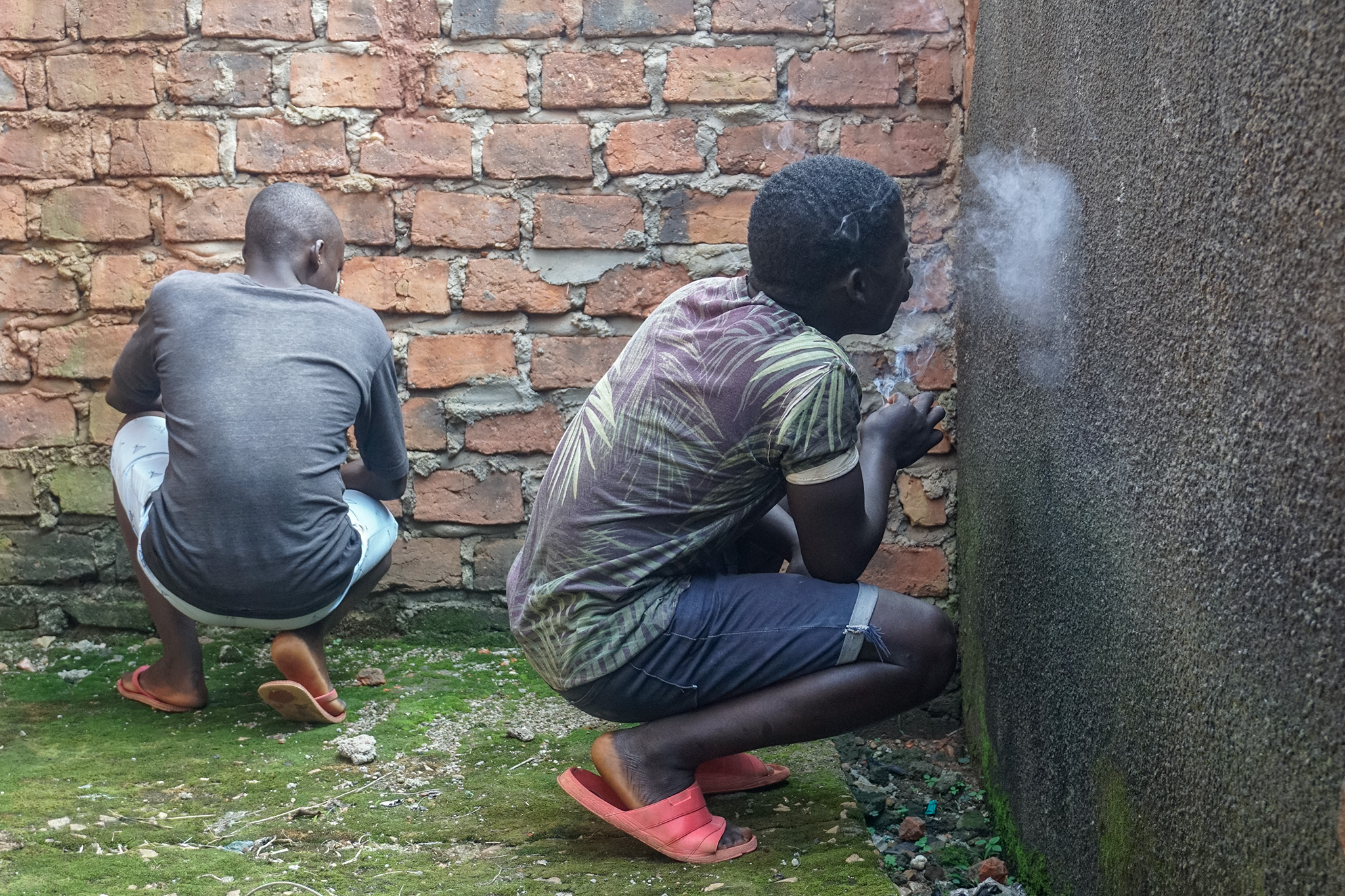 WAKISO, UGANDA — Joel Kamanzi was 16 when his life started to derail.

He began with marijuana and then turned to harder substances. Within two years, the determined boy with a glowing smile had dropped out of school and was using heroin and cocaine. He’s been to jail three times in two years – twice for sexual assault against minors and once for punching a colleague. He blames his addiction, saying he can’t control his sexual urges or violent impulses while under the influence of drugs.

Kamanzi, 29, makes a living by taking on odd jobs, including lifting boxes at a paint factory near Kampala, Uganda’s capital. He wants to enter a rehabilitation facility, but he earns 12,000 Ugandan shillings ($3) a day – when he can find work.

Uganda has just 10 registered drug rehabilitation centers for a population of nearly 43 million. All are private and inaccessible for most drug users in need of treatment. Instead, they must depend on the country’s single, overcrowded mental hospital in Kampala.

These limited options leave an untold number of Ugandans without the assistance they need to recover from the unremitting claws of addiction. 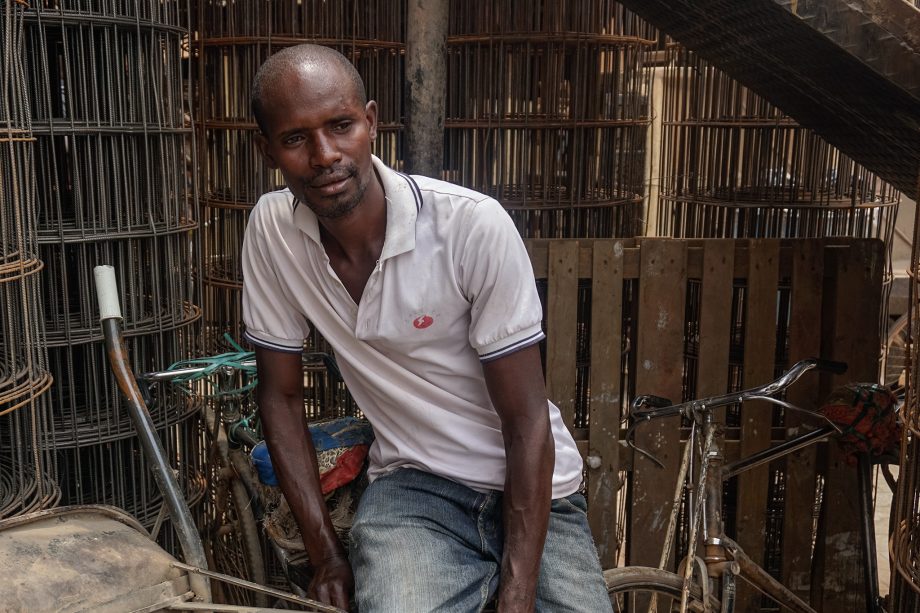 Joel Kamanzi waits at a hardware store to see if he can pick up work. He wants to enter a recovery program for his addiction, but he doesn’t make enough money working odd jobs to do so.

“I have done many things I should never have done,” says Kamanzi, who would need 7.5 million shillings ($2,018) to enter a preliminary three-month recovery program. “I no longer understand myself. My body jerks all the time. My time for sleep is labored and I hear illusions.”

More people are struggling with drugs due to the coronavirus crisis, says Grace Bikumbi, a clinical psychologist and addiction professional, as they face unprecedented challenges of economic hardship and boredom.

Some unofficial rehabilitation centers are run in secret to avoid taxes and keep costs low, she says. Many operate out of private homes. But they are unregistered and thus unregulated by the government.

Treatment professionals attribute the dearth of options to the steep cost of care and a lack of specialists.

Confidence Asimwe, a psychiatric counselor at Safe Places, a rehabilitation center in central Kampala, says the high prices at registered clinics are largely due to staffing costs. Safe Places, which charges 2.5 million shillings ($672.50) a month, is one of the cheapest facilities in the country – and still unfathomable for people like Kamanzi.

Patients get a private room and regular meals. Clinic staff put patients on a detoxification program on admission and monitor for symptoms of withdrawal. They assess whether to discharge patients after three months or offer further treatment.

“It is labor and financially intensive,” Asimwe says. “We need a psychiatric nurse, a medical doctor, a clinical psychiatrist, counselors and social workers. All these have to give quality time to the patients.”

The problems are compounded by a shortage of trained addiction counselors, says Frank Kiyngi, national secretary for the Uganda Council of Psychology. There is just one university that offers a course in rehabilitative counseling psychology, he says. “We need to train more people to manage the problem.”

The use of narcotics in Uganda carries a penalty of 3 million shillings ($810) or a prison sentence of five to 25 years. Critics argue such strict laws prevent people from seeking help. 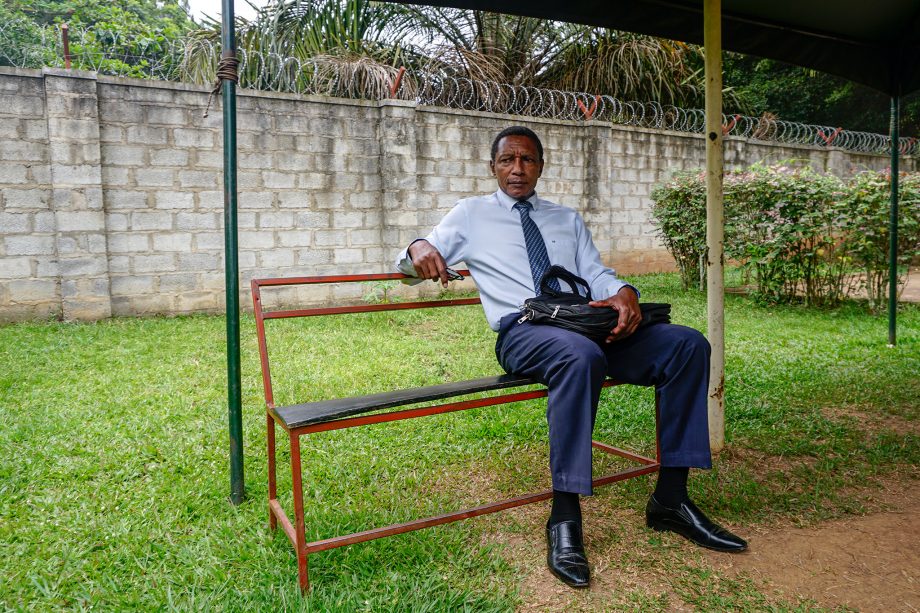 Shiraz Patel relaxes in the courtyard at Safe Places rehabilitation center in Kampala. Patel, a former addict, says recovery treatment in Uganda is reserved for the wealthy.

Shiraz Patel, a recovery coach at Safe Places and Pearl Rehabilitation Center, does not support decriminalization, but he says treatment – not prison time – is the way to assist people who are addicted to drugs or alcohol.

Patel, one of the few Ugandans to have received treatment for his addiction, is a testament to the success of rehabilitation programs.

A clean-cut, dynamic doctor, Patel became addicted to prescription painkillers after he lost part of his finger in a car accident and needed surgery to reattach it.

The pain was insurmountable at first, he says. The drugs relaxed him. Then he couldn’t stop taking them.

“When the pain subsided, I would yell to convince doctors that I still needed the painkiller,” he says.

He became addicted to alcohol as well, drinking to the point of blacking out. He couldn’t hold down a job, he says, and grew disconnected from his wife, friends and family.

His family eventually convinced him to check into a private rehabilitation program. He relapsed more than once. But the treatment stuck when he began to read the scientific literature on addiction and recovery. That research, combined with his medical training, landed him a job as a recovery coach.

“A slip back is the greatest temptation in the life of an addict,” says Patel, who is still working to win back his family’s trust.

Patel knows the majority of Ugandans with drugs problems will never share his experience. The program he works with at Pearl Rehabilitation Center costs 3 million shillings a month ($810).

“The wealthy,” he says, “are the ones accessing treatment.”