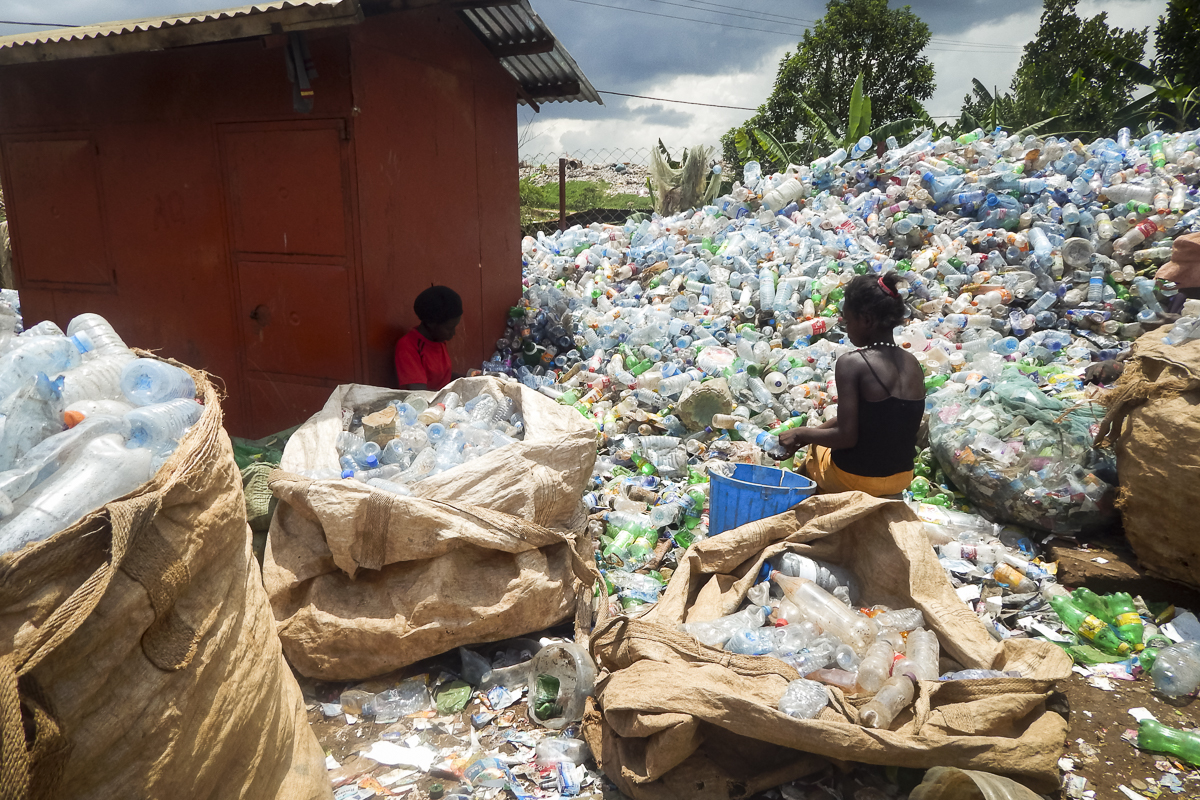 MBARARA, UGANDA — Kenneth Tumusiime, a slender, bubbly young man, says one visit to the National Environment Management Authority offices nearly a decade ago inspired him to get serious about reusing discarded plastic.

Tumusiime says he saw a huge net holding plastic bottles at the NEMA offices in 2007. In that moment, he decided to collect plastic bottles and, by using them in new ways, make money off of them.

“I asked one of the NEMA staff where I could find such net bags,” he says. “Since then I see almost every waste as a resource.”

It took Tumusiime years to formalize his dream. He got mentoring from someone who worked in the recycling industry and developed a training manual on community waste management.

Four years ago, he founded Plawaste Recycling Company, and on Sept. 16, the company opened a recycling plant in the southwestern Mbarara district, where he lives with his wife and two children. An event that day was attended by environmental specialists and government officials, marking Tumusiime’s influence in the environmental sector. In the past, he has consulted with the government on waste management, taught waste management in Ugandan universities, appeared on radio and television shows and has written a book on the topic. 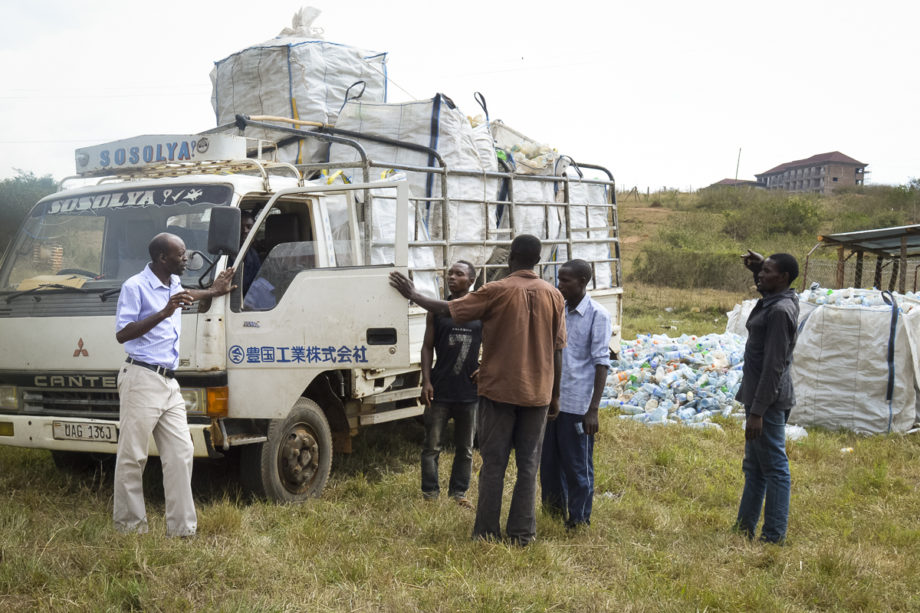 The new plant will build on the company’s ongoing work to train communities in waste management as well as recycling plastics. From the water bottles, bags, straws, jerry cans and other plastic goods it collects from local people and local recycling companies, Plawaste produces, on average, 44 tons of recycled material per month, he says.

Some of that recycled material is distributed locally and used to make jerry cans and other items, and some is exported to China, where it is used to make raincoats, pillow stuffing and other products, Tumusiime says.

Waste management is a challenge in Uganda. According to research published in a 2011 policy paper by WaterAid in Uganda and other environmental and sanitation groups, 1,200 to 1,500 tons of garbage are generated each day in Kampala, but only 400 to 500 tons are collected. It is estimated that Kampala Capital City Authority spends $1.53 million per month to remove only 30 percent of the total waste generated.

Mbarara district, where Tumusiime’s plant is located, is about 280 kilometers (175 miles) from Kampala, but it will be a game changer for waste management there, says Francis Beemanya, deputy mayor of Mbarara. And, he says, local people will reap a financial benefit by selling their used plastics to the plant.

“The people who collect the garbage and bring it to the plant will make money out of it, but also we will have less garbage,” he says.

Dr. Celestine Barigye, the executive director Mbarara Regional Referral Hospital, who was a guest at the plant’s opening ceremony, says there are even health benefits. Local people will recycle plastics instead of burning them, he says.

When plastics are burned, he says, “they get [into] the environment and cause cancer.”

Even though Tumusiime’s main work is far from Kampala, his efforts have spread to that capital city. Since 2007, Tumusiime has worked with Living Earth Uganda, a local organization that focuses on environmental management, to train communities to manage and utilize their waste.

“We trained over 5,000 people in Kampala in 2007 on waste plastic collection,” says Swithern Tumwine, the executive director of Living Earth Uganda. “Some picked it up as a business.”

Tumusiime says Uganda could learn a lot from its neighbor Rwanda.

“Rwanda does not dispose of waste everywhere,” he says. “I would like to see Uganda change to the level of Rwanda in the next five years.”