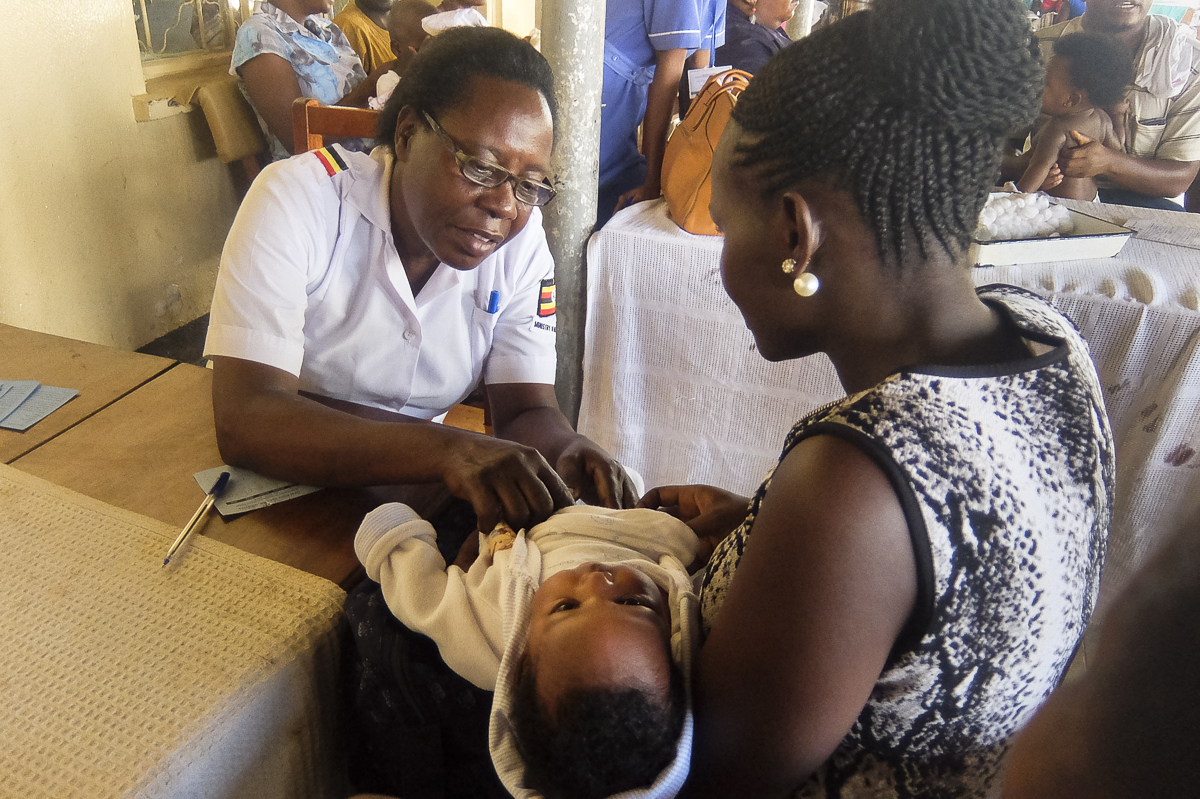 KAMPALA, UGANDA — Parents who don’t vaccinate their children could now face six months in jail or a fine under a law that went into effect in March.

Anyone who makes public misleading statements about vaccinations could face two years in prison or a fine, under the same law.

The Ugandan government’s goal in approving the new legislation is to eradicate by 2040 all diseases that can be stopped with vaccines, says Enock Kusasira, the public relations officer of Mulago National Referral Hospital.

Only about half of the Uganda’s children aged 12 to 23 months were fully vaccinated in 2011, according to the country’s most recent Demographic and Health Survey. The government has raised concerns in recent years about childhood deaths caused by preventable diseases. Pneumonia and diarrhea, for example, are responsible for 38 percent of deaths annually for children under age 5, and those health issues could be alleviated with pneumococcal and rotavirus vaccines, according to a pamphlet released by Uganda’s Ministry of Health.

The new law is the latest step in an ongoing nationwide effort to ensure that children are vaccinated. Immunization cards are required for birth certificates to be processed, says Dr. Kagoro Kaijamurubi, the national coordinator of medical services for the Ministry of Health.

Children must present a completed immunization card before they’re admitted to school, he says.

“Even when we rush the child to a clinic for an emergency, the doctor will want to rule out the attack of any of the killer diseases,” Kyakuwa says.

Despite the new requirements, widespread myths related to vaccines have some parents wishing they could avoid them.

“I have fears for the vaccination drugs. I feel my children get exposed to new infections,” says Esperanse Chandiru, a mother of five. “But now that it involves arrest, well, I am left with no choice.”

“They mix it with politics and develop weird imaginations about it,” Kaijamurubi says.

“They reason that only God protects people, so they depend on the omnipotent protection, not from any effort of man,” says Johnson Tashobya, the internal security officer of Kaliro district.

I have fears for the vaccination drugs. I feel my children get exposed to new infections. But now that it involves arrest, well, I am left with no choice. Esperanse Chandiru, a mother of five

Vaccinations are a flashpoint in many countries globally. In the United States, the federal Centers for Disease Control and Prevention noted that many people who contracted measles in recent outbreaks were not vaccinated against the disease. An article in the Journal of the American Medical Association noted this year that vaccine refusal has been associated with outbreaks of varicella (chicken pox), whooping cough, pneumococcal disease and other illnesses.

Every U.S. state requires that children be vaccinated in order to attend school, but parents can request exemptions on religious and other grounds.

Some parents in Uganda say the government can’t force them to vaccinate their children.

Letencia Nahoninye says her baby was vaccinated against measles 18 years ago, and he died three days later. None of her children have received vaccinations since then.

“I have grown up without being vaccinated, and I know my children will grow up strong the way I did without the foreign drugs in their bodies,” she says.

Parents who refuse vaccinations are negligent and place their children at great risk, says Merab Kibanda, the nurse in charge of vaccinations at Kitante Medical Centre in Kampala. Mothers like Nahoninye are “bound to lose more” of their children, she says.

Despite some stiff opposition, the new law seems to be working, Kibanda says. More parents than ever before are bringing their children in for immunization shots.