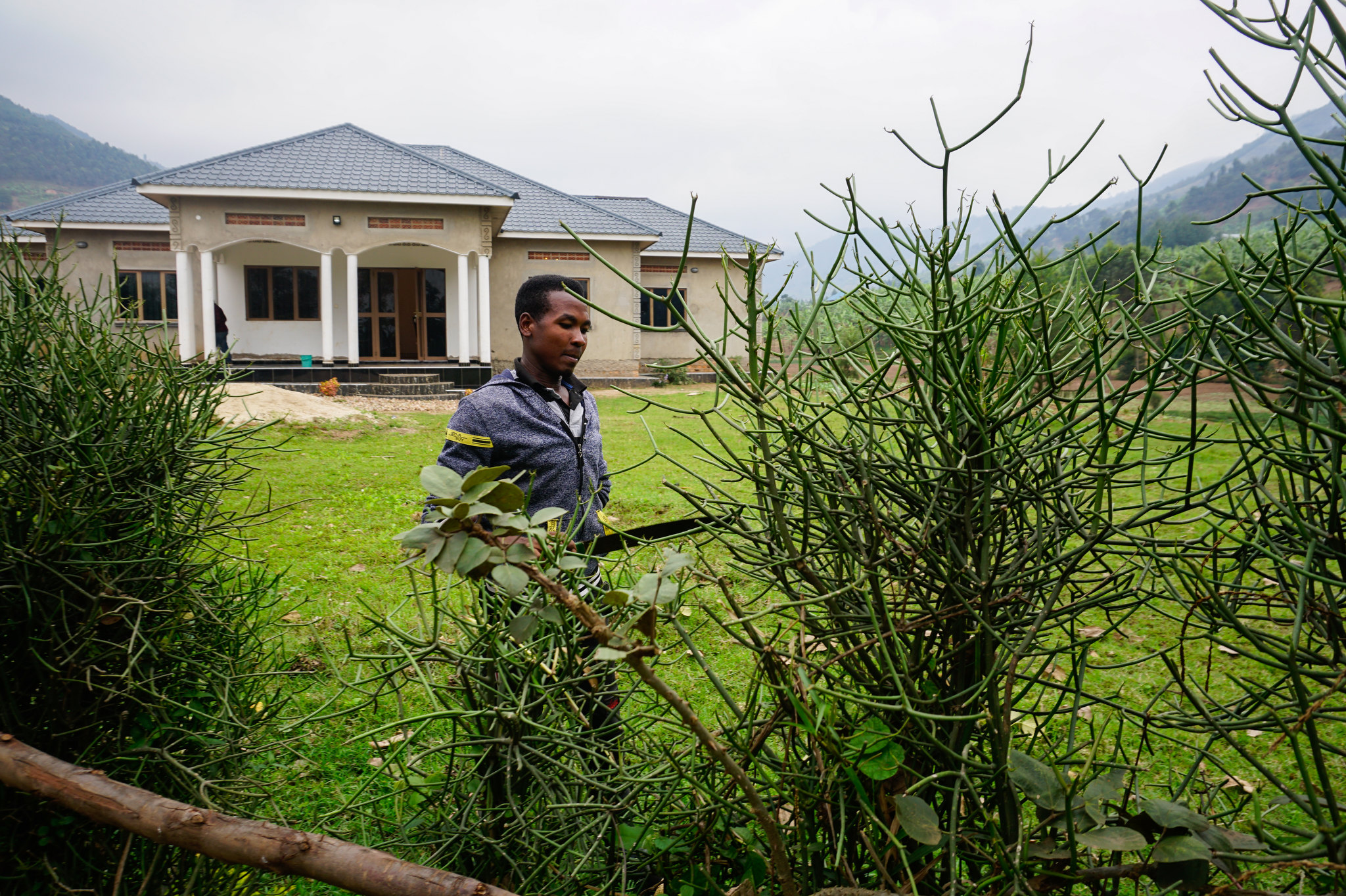 RUKIGA DISTRICT, UGANDA — Onnest Nuwagaba just stopped sharing a bedroom with his six siblings. He is 24 years old. He remembers that the bedroom door never locked, allowing him little privacy. His fastidious father would ask him to leave whenever they had a spar, knowing well Nuwagaba had no other home.

Nuwagaba didn’t have money to buy land and construct a house, and his family land was too small for him to set up camp. Elsewhere, Levi Kabatabarukye, who grew up in the same village, was facing a contrary problem.

Kabatabarukye had constructed a five-bedroom house, but because he works in Kampala, the capital, and only goes to his rural home over the holidays or on special occasions with his family, the house remained empty most of the year. Left without a caretaker, he worried it would be vandalized.

The two men knew each other through village ties. So they came to a mutually beneficial arrangement common in rural Uganda between homeowners who live in the city for most of the year and young, unemployed men who can’t afford land to construct a house: Nuwagaba would take care of Kabatabarukye’s property.

Unlike a standard caretaker, who would get a monthly salary, Nuwagaba would receive compensation in the form of a place to stay and land to till for as long as Kabatabarukye lives and works in the city. Such increasingly popular arrangements are emblematic of a dire housing shortage in the country, particularly in rural Uganda where little housing development takes place.

“My house won’t gather mildew,” Kabatabarukye says. “My compound won’t be overrun by weeds and I won’t worry over cobwebs running down my chandelier.” 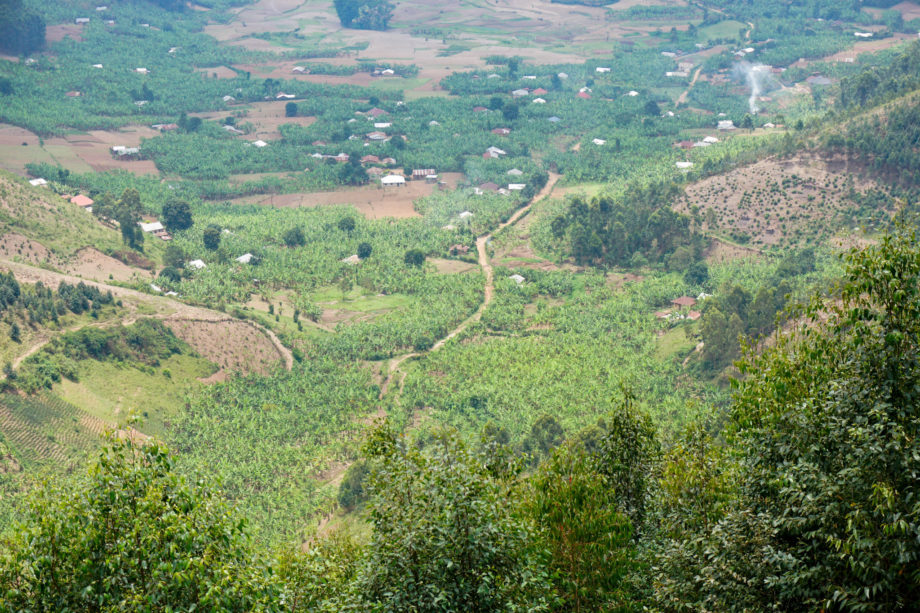 Houses and farms dot the Shooko area of Rukiga District where, until recently, 24-year-old Onnest Nuwagaba shared a bedroom with his six siblings.

Uganda has a backlog of about 1.6 million housing units, partly due to substandard housing, according to Habitat for Humanity Uganda, a Kampala nonprofit affiliated with United States-based Habitat for Humanity International. More than 85% of this backlog is in rural Uganda, home to the majority of the country’s population.

And that demand likely will keep increasing. The country’s population — estimated at 45.7 million in 2020 — is projected to hit 52 million by 2025. By then, the national housing shortage will have hit 4 million units, according to Habitat for Humanity Uganda. 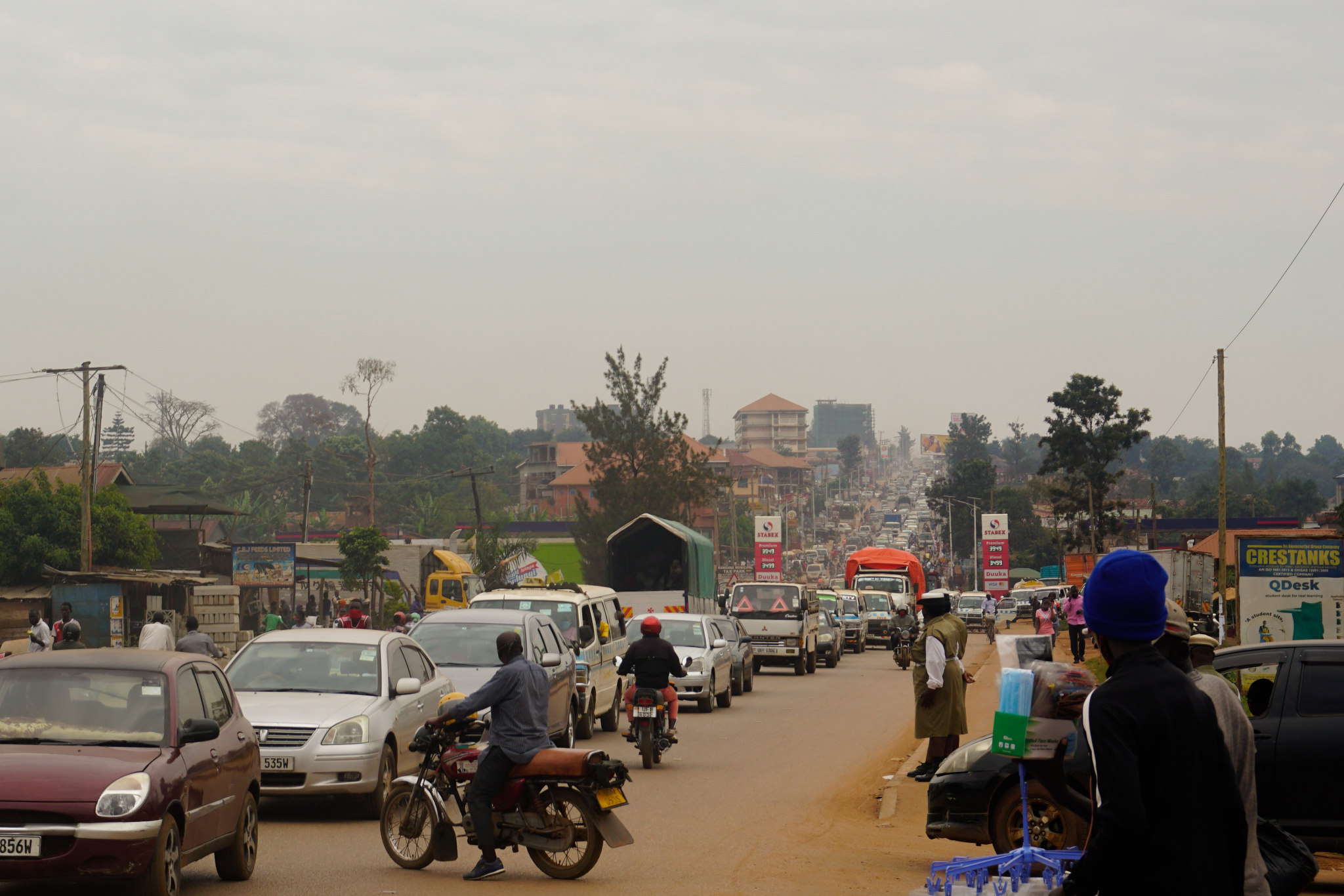 A growing population also means the demand for land is soaring. This largely affects the rural poor, who already face significant challenges with access to land, according to a report by the International Institute for Environment and Development, a London-based research organization.

In the former western county of Rukiga, for example, the economic landscape has changed since 2017, when it was designated an independent district. The demand for and cost of land are increasing, says Jeofrey Rutehenda, local council chairperson of Nyaruhanga, located in the district. A 100-by-50-meter piece of land, which cost about 5 million Ugandan shillings ($1,400) a few years back, now goes for as much as 20 million shillings ($5,615), he says.

Those who, like Kabatabarukye, leave their rural homes for better economic opportunities don’t usually relinquish their land, which means even less land for those living in rural areas. The cultural practice of passing down land to family members by dividing it means the plots are getting smaller.

That’s true for Nuwagaba, who says that although his grandparents had a relatively large piece of land, it was divided among three sons. What Nuwagaba’s parents inherited was hardly enough to meet the family farming needs.

“My mother would go to till people’s gardens for our survival,” says Nuwagaba, who, like his parents, grew up doing menial jobs. His father sold some of their land over the years, he says, further reducing the size of the family land. This led to quarrels between his parents. 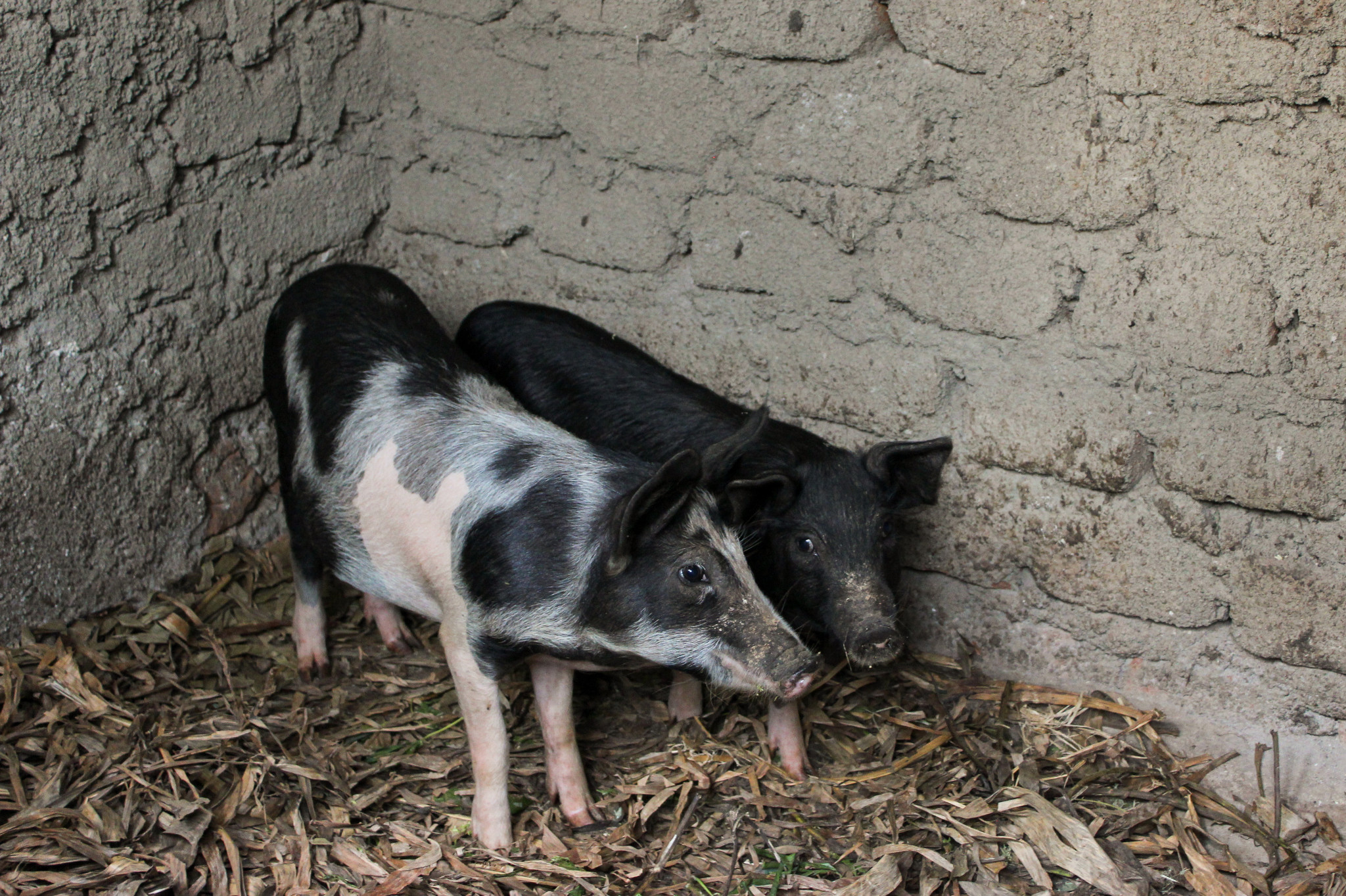 Like Nuwagaba, John Byatandika, who does menial jobs and has no land or means to construct his own house, says he agreed to “keep” Robert Rwego’s house “until further notice.” Before then, he lived in his father’s home, which is only a few meters away from Rwego’s house.

Rwego, who comes twice a year, doesn’t want to use the house yet, the 27-year-old Byatandika says. “It is still not to the standard he wants. He will add other things, like a heating system and plumbing.”

For Byatandika, it’s a place to live and land to till until he can afford his own.

The government recognizes the issue, says Phillip Asavia Nampana, spokesperson in the Ministry of Local Government. He points to Uganda’s Vision 2040 development plan, aimed at strengthening the country’s economic potential and which saw the creation of 10 new cities in 2020. It should help address some of Uganda’s housing problems through new construction, he says.

Nampana acknowledges it will take some time; everything is still conceptual. “We shall have to include many stakeholders, like the Ministry of Finance, Bank of Uganda, Ministry of Lands, Housing and Urban Development and World Bank for funding, and real estate developers,” he says.

Dave Khayangayanga, acting director for housing in the Ministry of Lands, Housing and Urban Development, agrees. But he foresees a hurdle: Housing projects require chunks of land, and people who own land in places with a housing shortage might not want to relinquish any to the government.

At least for now, though, Nuwagaba has a home. And while he’d like to own his own place, he says he’s currently saving. That he doesn’t get paid in money to watch Kabatabarukye’s home isn’t a problem, he says. Nuwagaba has the freedom he lacked when he lived in his parents’ house. He can tidy up, arrange things just the way he likes, and even plant some flowers.