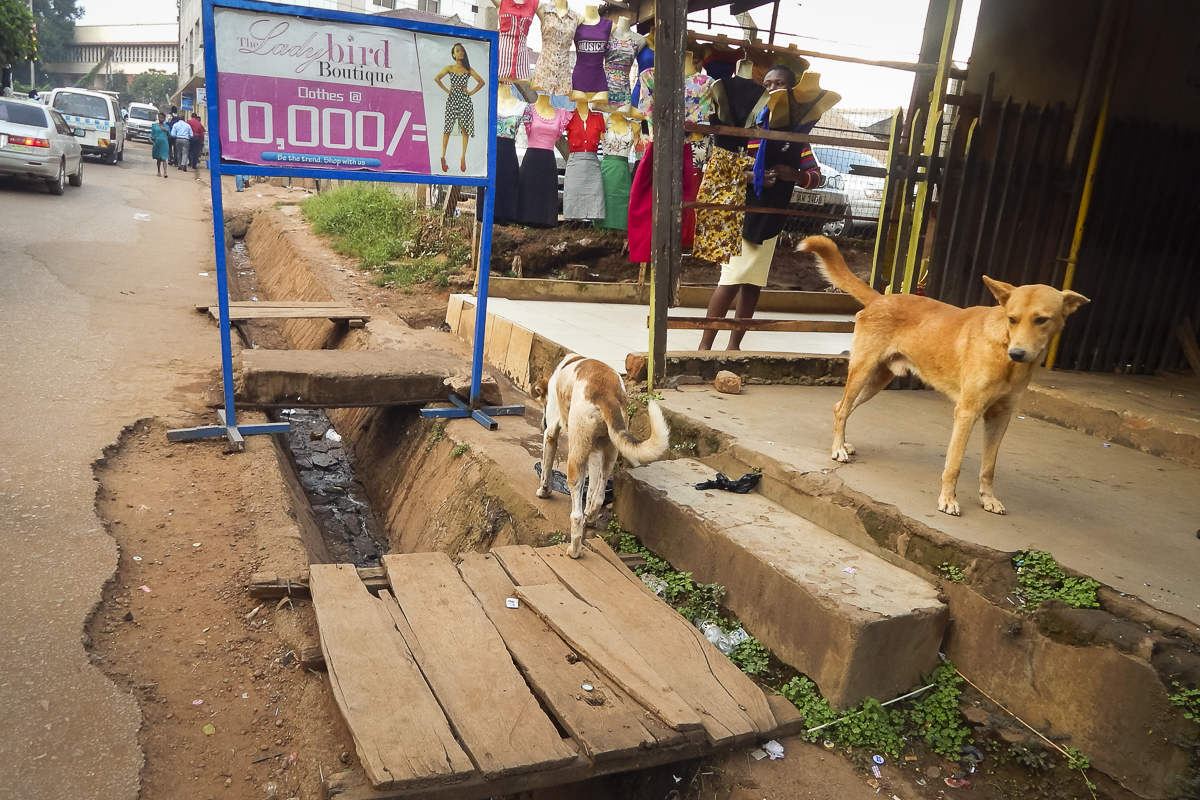 KAMPALA, UGANDA — Lydia Kyomuhendo found her dog’s dead body a short distance from her house in April. She had received a warning from the Kampala Capital City Authority that dogs that were not locked up would be poisoned, but she didn’t take the warning seriously.

Kyomuhendo says she couldn’t control the dog’s movement because her compound is not fenced.

“How are people like me, who keep these dogs for security purposes, supposed to chain them up when they are supposed to guard us against thieves in the night?” she says.

The Kampala Capital City Authority (KCCA) regularly puts down stray dogs to control their population and prevent an outbreak of rabies, against which most of the dogs aren’t vaccinated. Dog owners and animal rights activists condemn city authorities for killing the dogs, but residents say it is the only way to keep rabies at bay.

There are about 20,000 dogs in the city of Kampala, and 6,000 roam the streets and have no known owners, says Dr. Robison Nabaasa, the veterinary officer at KCCA. Another 2,000 dogs have owners who let them roam freely, she says.

Any dog found outside its owner’s home is considered a stray.

Many owners can’t afford to feed the animals regularly, Nabaasa says, so the dogs scrounge for food in the streets. Most owners keep the canines for security reasons, not as pets.

At least 300 schoolchildren were bitten by stray dogs in Kampala between January and March 2016, and are at the risk of developing rabies if the dogs were not vaccinated, Nabaasa says. The cases were reported in various health facilities around Kampala.

More than 2,000 stray dogs are put down through poisoning every year, says Robert Kalumba, the deputy public relations officer at KCCA.

“The objective of poisoning stray dogs is to control rabies and any other zoonotic diseases associated with dogs, “Kalumba says. “It’s a continuous process until all stray dogs are removed from the streets.”

The city has not had a rabies outbreak in recent years, Kalumba says.

The council drops chunks of poisoned meat in areas with many stray dogs and collects the carcasses the next day.

Caroline Tumuramye, who was bitten in the leg by a dog seven years ago, says the city is right to kill stray dogs.

“Those dogs are likely to be unvaccinated, and when they bite a person, he or she will catch rabies, which can be life threatening,” Tumuramye says. “My family had to sell two goats very cheaply to raise to raise 100,000 shillings ($30) in a few hours so I could receive the emergency anti-rabies treatment.” 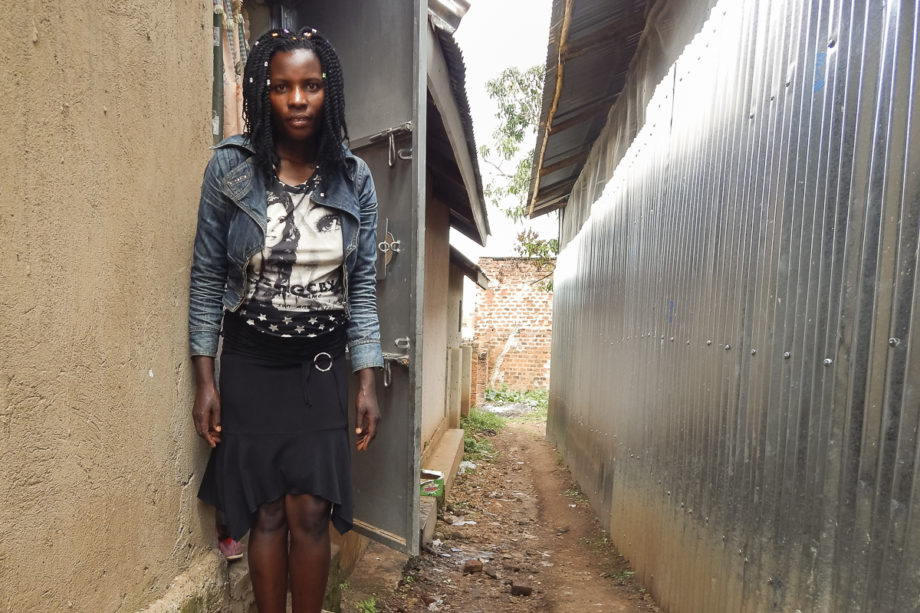 Caroline Tumuramye stands at the entrance of her house in Kampala’s outskirts She says she was bitten by a stray dog and supports Kampala Capital City Authority’s program of poisoning stray dogs.

Tumuramye says people who cannot afford to keep dogs shouldn’t have them in first place.

Brian Asiimwe, a commercial motorcyclist in Wakiso, a district that neighbors Kampala, says his brother died from rabies after a dog bit him 10 years ago.

“If that dog had been killed through KCCA’s mass dog poisoning program, my brother would still be here. He died barking like a dog.”

Alex Ochieng, the manager at Uganda Society for the Protection and Care of Animals, says poisoning the dogs is inhumane.

“After eating the poisonous meat, these human-friendly animals struggle for their lives. The torturous moment they experience before they die is unimaginable,” Ochieng says. “Being hungry, the dogs trust the people who give them this poisonous meat, but the end result is unfortunate.” 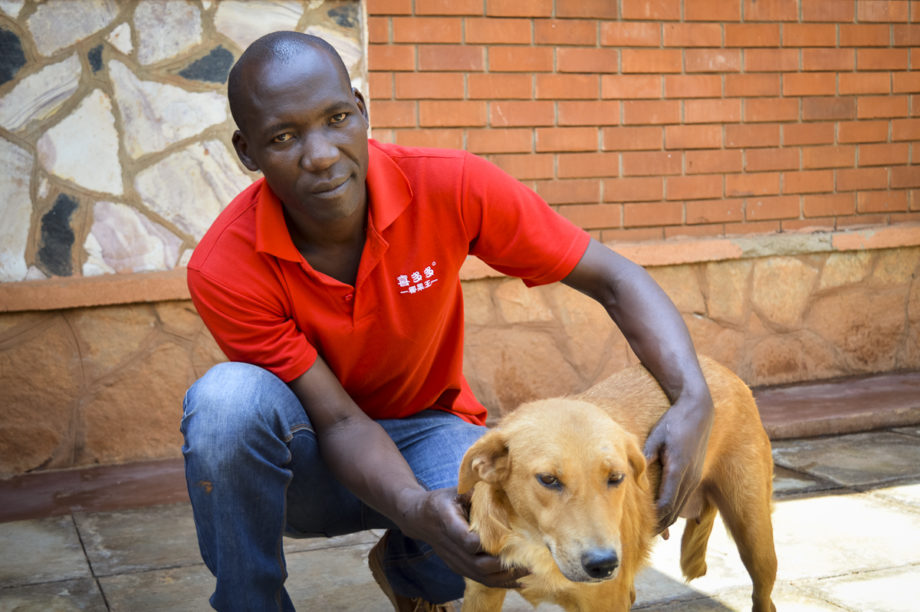 Alex Ochieng, with one of the dogs he cares for at Uganda Society for the Protection and Care of Animals, doesn’t support the city government’s tactic of poisoning stray dogs. The city should consider more humane alternatives, he says.

His society rescues stray dogs and those that have been injured or poisoned in the streets.

Ochieng says his dog rescue center has advised KCCA to consider neutering female dogs to control the population of strays instead of killing them.

“Poisoning is more costly, since it involves buying meat, poison and the chemicals used to control the smell after they are dead,” he says.

Kalumba, the deputy public relations officer at KCCA, says the authority has yet to make a decision regarding this proposal.

Meanwhile, KCCA is offering free rabies vaccination and sensitizing the public on dog handling and care.