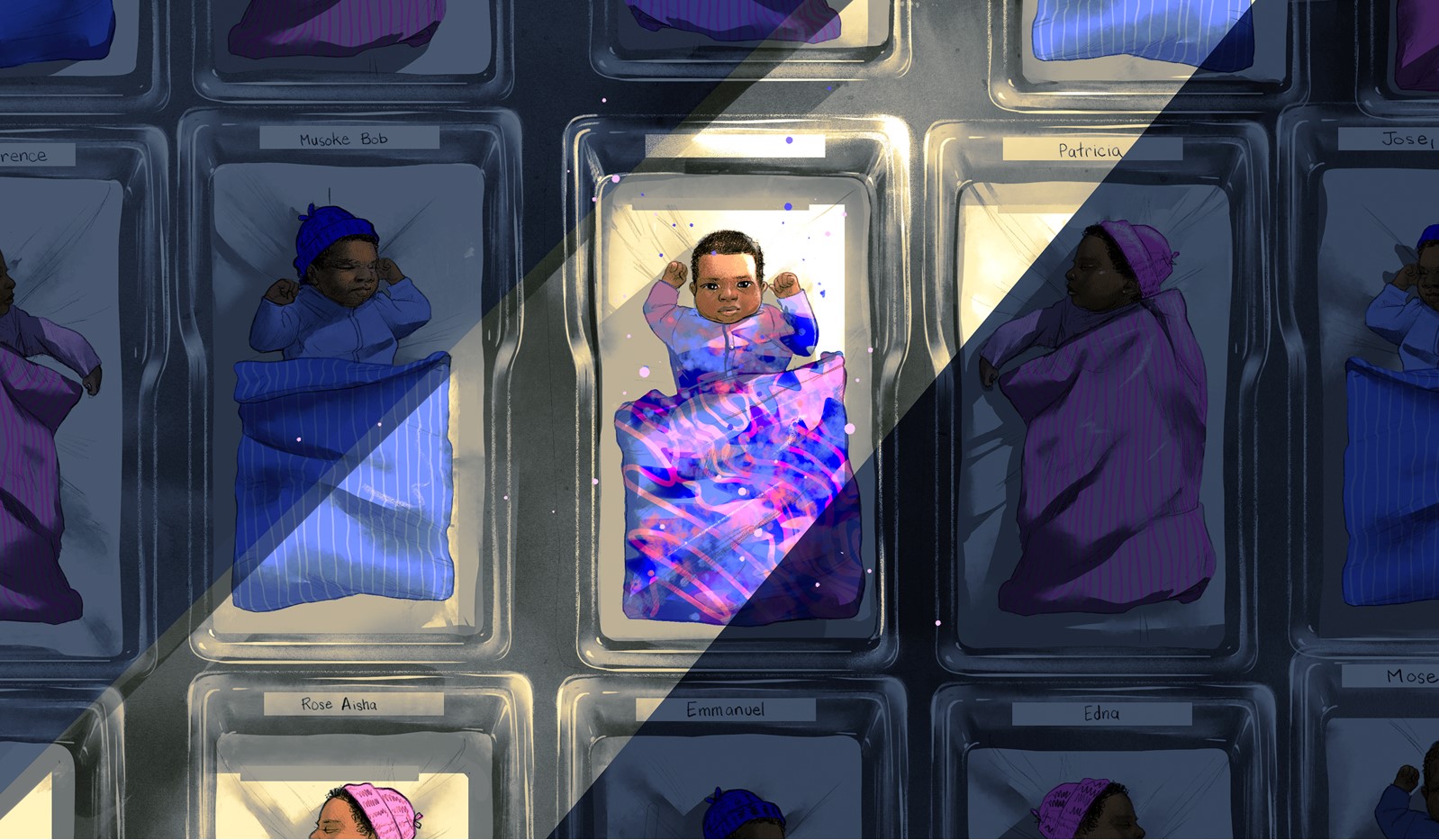 KAMPALA, UGANDA — No one wanted to name Nakitto Flavio’s baby.

At a traditional ceremony, the infant’s aunt refused because the newborn’s sex was unclear. Flavio’s husband wouldn’t do it either. In fact, he declared the child cursed and left the family.

Flavio’s anguish is common for Ugandan parents of intersex children, who are often rejected both by their extended family and by a society where issues of gender and sexuality can churn up heated debate and even violence.

“It’s so unfortunate that the general East African society has always responded with denial, hostility and, at best, silence on these matters pertaining to sexual development and related health and rights concerns,” says a report by Support Initiative for People with Congenital Disorders, an intersex rights organization based in Kampala, Uganda’s capital.

Some intersex children are killed as infants, according to the report. Others are abandoned or dumped in pits.

Those who survive are often raised in secrecy and isolation. And as teenagers, some are forced to leave school or end up on the streets.

The World Health Organization identifies an intersex person as someone born with physical or biological traits that do not fit the typical definitions of male or female.

No one knows how many intersex persons live in Uganda, but the Support Initiative for People with Congenital Disorders indicates that since 2008 it has worked with 1,402 people in the country.

Intersex children often suffer their first trauma as newborns, as families refuse to name them. Not naming a baby holds deep practical and symbolic meaning, experts say: It defines the child as a nonperson.

“Many were raised in secrecy, discriminated against, killed and in some circumstances mystified as half-humans, or in some African communities, seen as semi-gods,” says Deusdedit Nkurunziza, a former professor in the College of Humanities and Social Sciences at Makerere University.

Among the Baganda people in central Uganda, and throughout Africa, naming ceremonies remain a rite of passage that involves a respected elder in the baby’s extended family, such as an aunt, uncle or grandparent.

Josephat Kawaddwa has 31 grandchildren and 19 great-grandchildren. He says when a clan won’t name a child, it is rejecting the newborn.

Many were raised in secrecy, discriminated against, killed and in some circumstances mystified as half-humans, or in some African communities, seen as semi-gods.Deusdedit Nkurunziza, a former professor in the College of Humanities and Social Sciences at Makerere University

“Specific names belong to specific clans,” says Kawaddwa, who is 81. “Clans give a sense of belonging. That is how we, the Baganda, identify each other. So when a child is presented before me to give a name and I refuse, it’s an indication that I believe the child isn’t my family and can’t belong to my clan, because clanship is lineage.”

The child of Roselyn Bilabwa and her husband, Henry, went four months with no name.

They took their 2-week-old intersex baby to Henry’s father, but he declined to name the newborn.

Bilabwa recalls, “He called our child a kikulekule, a Luganda word for a nonhuman being, an it, a form of creation that no person in his clan could ever give birth to.”

“By refusing to name our baby, it was evident that my father had discriminated against one of his own blood,” says Henry, who asked to be identified by only his first name for fear of stigmatization. “My child was denied a place, a lineage in my family.”

Henry says they tried a female name but dropped it after their community asked, “Is she really a girl?” Finally, a doctor in a hospital named the baby.

“It was hard living with a nameless child,” Henry says.

Parents often choose surgery to confirm gender identity. That’s what Bilabwa and Henry want for their child, as they say they can’t handle the stigma. Their doctor, however, has urged them to wait until the baby turns 2, when Ugandan doctors recommend testing for the child’s primary sex genes.

Flavio vividly recalls her baby’s naming ceremony. Her then-husband’s sister sized up the 3-day-old infant from head to toe and noted that the newborn looked like Flavio’s spouse.

“She said my baby had her father’s forehead, but because the child was neither a boy nor a girl, she couldn’t give the baby a name,” Flavio says. “Such a child would never be accepted in her extended family.”

Flavio uses female pronouns for her child for now, but she knows that may not last.

“I have heard of stories where parents decided the gender for their children and took them for surgery,” Flavio says. “But the child, upon growing, identified with a different gender.”

Flavio’s child is now 6 years old, with light skin, her mother’s feet and lots of hair. The mother chose to name the baby herself.

“I had to choose a name for her that is clan- and family-neutral,” Flavio says.