Skip to main content
The story you are reading was published on Tuesday March 22, 2016. To read more recent stories click here. 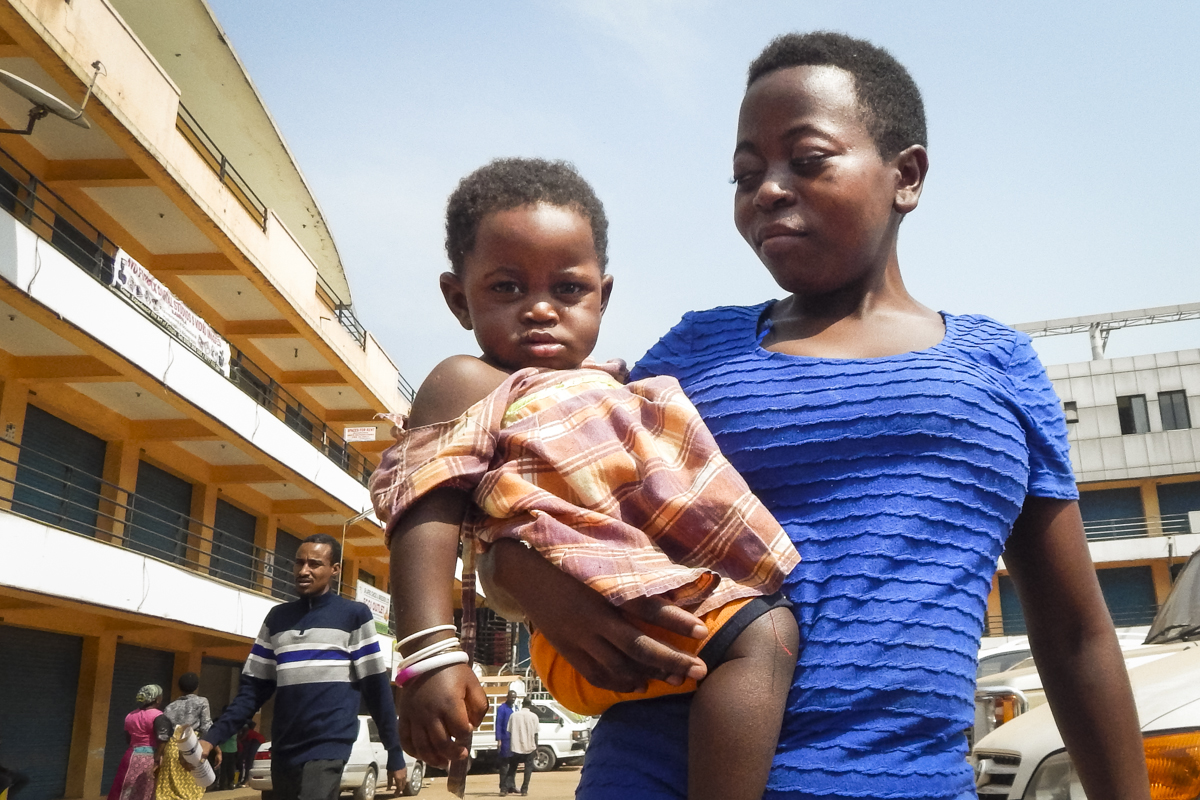 KAMPALA, UGANDA — When Prossy Mukyala was 6 years old, her mother took her to a health center and, in the presence of a counselor, told her she was born with HIV.

Mukyala has been on antiretroviral (ARV) therapy since then. She faithfully complied with her treatment regimen and family and friends helped her cope with her condition.

But it’s not the kind of life she wanted for her own children.

When she became pregnant four years ago, Mukyala, now 23, says she did everything she could to ensure that her baby was born healthy.

“I continued taking my ARV drugs,” she says. “I listened to my doctor and counselor. I was told that if I adhered to the medication, the virus would be suppressed and I would give birth to an HIV-negative child.”

Her 4-year-old daughter is HIV-free.

“Without ARVs, I would never have given birth to an HIV-negative child,” she says. “With continued drug usage, I was able to breastfeed my daughter until she was six months.”

In the early 1990s, when Mukyala was born, Uganda’s countrywide HIV prevalence rate was 18 percent, according to the Uganda AIDS Commission. But now, as women born in that era are starting their own families, those babies are increasingly HIV-free.

In Uganda, new HIV infections in children decreased by 69 percent between 2009 and 2014, according to UNAIDS.

We are doing mass campaigns in all districts in Uganda, encouraging people to test for HIV because it’s the only way we can identify mothers with HIV, put them on treatment so they can give birth to HIV-free children. Dr. Joshua Musinguzi, program manager, AIDS Control Program, at the Ministry of Health

Globally, the number of children newly infected with HIV has nearly halved, from an estimated 400,000 in 2009 to an estimated 240,000 in 2013, according to the World Health Organization.

Experts say free access to ARVs has significantly reduced the number of children born with the virus. Uganda’s health officials say this progress could ultimately help fulfill the goal of an HIV-free population by 2040.

Women who don’t take ARV’s have a 15 to 45 percent chance of transmitting the virus to their children during pregnancy, childbirth, or breastfeeding, according to the WHO.

In the early 1990s, mother-to-child transmission of HIV was also high because there were no known preventive measures, says Lillian Mworeko, the executive director for the International Community of Women Living with HIV in Eastern Africa.

“Free ARV treatment was not available and for the few who could afford them, they were very expensive and sometimes that resulted into an adherence challenge in cases where patients could no longer afford treatment,” Mworeko says.

The only preventive measure available then was to encourage women with HIV not to get pregnant, she says.

For those who did get pregnant, Mworeko says, health clinics were few and far between. Then, almost two out of three births in Uganda were delivered at home, according to the Uganda Demographic and Health Survey 1995. Home deliveries increase the chances of HIV transmission, Mworeko says.

“For those who decided to have children, we would counsel them, and pray that they gave birth to healthy babies,” she says.

In 2000, the Ugandan government launched a program to prevent mother-to-child HIV transmission. Under that program, health facilities require HIV testing on pregnant women, and hospitals conduct routine HIV counseling and testing as part of prenatal care.

“The mandatory HIV testing in all pregnant women has been significant in our efforts to eliminate the transmission of HIV from mother to child,” says Dr. Jacqueline Kanywa, the manager for medical care at Baylor College of Medicine Children’s Foundation, Uganda.

Pregnant women who test positive for HIV can begin free, lifelong treatment regimens, regardless of their viral load, Kanywa says.

Without ARVs, I would never have given birth to an HIV-negative child. Prossy Mukyala, a woman born with HIV

More than 90 percent of pregnant women with HIV in Uganda received ARV drugs in 2014, according to UNAIDS estimates. The mother-to-child HIV transmission rate at six weeks was 2 percent in 2014, while the final rate was 8 percent. In 2009, 27 percent of pregnant women received ARV drugs and the final mother-to-child transmission rate was 35 percent.

Halima Namulindwa, who was born with HIV two decades ago, says she informed health workers of her status as soon as she became pregnant.

“I followed the health workers’ advice and I was able to give birth to a healthy baby in January 2015,” she says.

Advancements in HIV treatment mean mothers can now breastfeed their children, Kanywa says, as long as they continue taking their ARV medications.

Health workers monitor the women to ensure that they adhere to treatment.

“When they move from one district to another, we refer them to nearby health centers where they can continue receiving treatment,” Kanywa says. “We also encourage the community to be supportive of the HIV pregnant women. People around them need to remind them to come for antenatal, post-antenatal care and to take their drugs.”

The aim is a 95 percent reduction in new pediatric infections of HIV by 2020 and achieve an HIV-free population by 2040, according to Uganda’s HIV and AIDS strategic plan.

“We are doing mass campaigns in all districts in Uganda, encouraging people to test for HIV because it’s the only way we can identify mothers with HIV, put them on treatment so they can give birth to HIV-free children,” Musinguzi says.