NAJJERA, UGANDA — After seven years working in real estate, Divine Nabaweesi says she began to feel uneasy because the job was not fulfilling.

“I wanted to do something where I could apply my passion for nature and the environment, and also contribute to the global challenges we are facing,” she says.

Nabaweesi didn’t know where to begin her quest to attend to the environmental challenges, but in 2015, she decided to quit her job anyway. She began venturing into nature, and while she was climbing Mount Elgon, in eastern Uganda, an idea struck her. She discovered that the forest was disappearing at an alarming rate because people were cutting down trees for charcoal, firewood and construction.

“It is easy to get deceived by the greenery when driving through a forest road, but if you go just meters into the forest, there are no trees,” she says.

A year later, Nabaweesi used her savings to start a company called Divine Bamboo to explore the possibility of saving forests by planting bamboo trees and making products, including fuel, out of the plant she calls “the green gold.”

“The potential of bamboo is limitless for both the environment and economy,” she says, as she springs from her seat and hurries outside to showcase the work she’s been doing.

As many African countries struggle to curb deforestation, some like Uganda see bamboo as one of the most sustainable ways to reverse the worrying trend, while creating jobs and growing their economies. Between 2000 and 2019, the continent’s forest area declined by 15 million hectares (37 million acres), according to a study released in 2021 by the African Union and the Food and Agriculture Organization of the United Nations.

In Uganda, cutting down trees for timber and fuel is among the largest drivers of forest loss, which amounts to over 50,000 hectares (about 124,000 acres) annually. A Uganda National Household Survey found that in 2016 more than 90% of the households in the country used fuelwood and charcoal for cooking.

Bamboo has the potential to relieve forests of the pressure to provide fuel and material for products like furniture, says Moreen Uwimbabazi, a researcher and the project leader of forest product and services programs at the National Forestry Resources Research Institute. 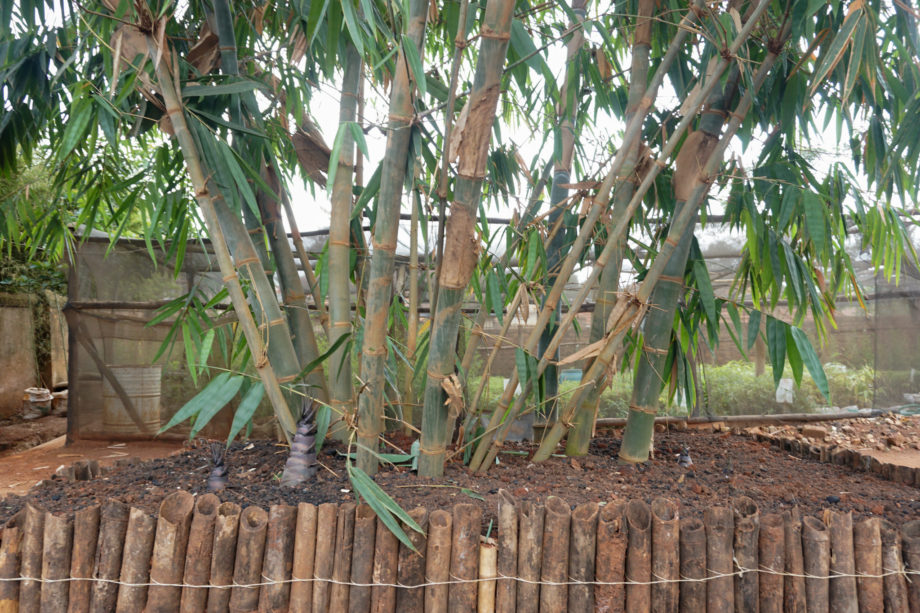 Dendrocalamus giganteus, commonly known as giant bamboo, grows at one of Divine Bamboo’s nurseries in Najjera, Uganda. The Ugandan government has a strategy to use bamboo to rehabilitate 375,000 hectares of forests by 2030.

The International Bamboo and Rattan Organization, an intergovernmental group that brings together 48 countries to develop the industry, collaborated with the Ministry of Water and Environment to draft and launch the 2019-2029 Uganda National Bamboo Strategy and Action Plan. Bob Kajungu, the ministry’s principal forest officer, says the government intends to use the strategy to rehabilitate 375,000 hectares (927,000 acres) of forests by 2030, while creating opportunities for employment and economic growth.

“The Chinese are already coming in to invest,” Kajungu says. “The market is there, both local and international. There are many small and medium enterprises that have started already.”

Kajungu says the strategy has already created jobs, though he can’t say how many because the program is still new. But the long-term goal is to produce 140 million bamboo poles each year and create more than 700,000 jobs by 2030.

The global export trade in bamboo products was valued at about $1.8 billion in 2019 and has the potential to increase as the quality of bamboo products improves, according to the Dutch-Sino East Africa Bamboo Development Programme, which sponsors several bamboo projects in Uganda, Kenya and Ethiopia, in partnership with the governments of China and the Netherlands. 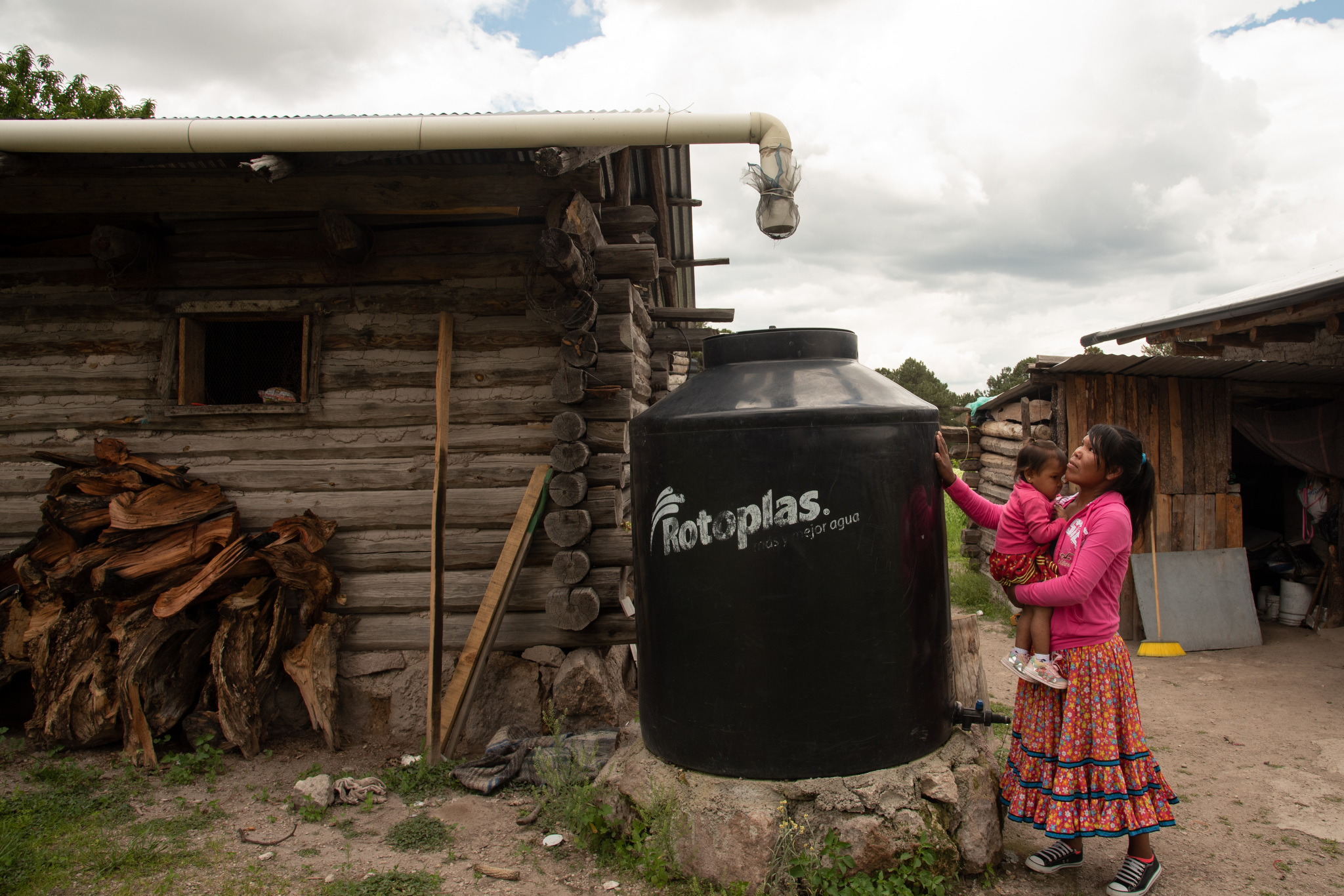 But the strategy is taking longer than anticipated to implement. Despite the 279 billion Ugandan shillings (about $72 million) the country has invested, Kajungu says the complexity of the program and the high cost of creating bamboo seedlings, which involves cutting clumped bamboo and replanting it, have caused delays.

“Bamboo has the most expensive seedlings, but people are appreciating its value,” Kajungu says.

Some entrepreneurs like Noordin Kasooma are trying to take advantage of bamboo’s newfound popularity in Uganda to create products that add value to it. His company, Boogaali Bikes, uses bamboo to make bicycle frames, most of which he sells outside Uganda for as much as $800. Kasooma says he was inspired to build bicycle frames by Craig Calfee, a United States cyclist and bike builder, whose entrepreneurship workshop he attended in Kampala in 2010. Kasooma is now working to make the process cost-effective so he can sell frames locally, although he says Ugandans must first be convinced that bamboo can produce high-quality products.

“Given how fast the industry is growing, it’s urgent that we make Ugandans understand its potential,” says Kasooma.

Nabaweesi says she, too, is trying to be part of the impending boom of bamboo in Uganda, while playing her part in addressing climate change by reforesting land. She now has 17 employees and two nurseries on more than 60 hectares (148 acres) that produce about 200,000 seedlings annually, a number she wants to boost to 1 million seedlings within five years.

“My goal is also to go beyond selling seedlings and start making products that can mitigate the environmental damage caused by the demand for wood fuels,” Nabaweesi says.

She is exploring the potential of using bamboo briquettes to replace charcoal as one of Uganda’s most-used fuels. She says her experiments show that bamboo briquettes burn longer than charcoal. To make the briquettes, she carbonizes bamboo wood into small powder-like particles. Then she compresses the particles to form briquettes that she designed with a hole in the middle to make them look like bamboo. 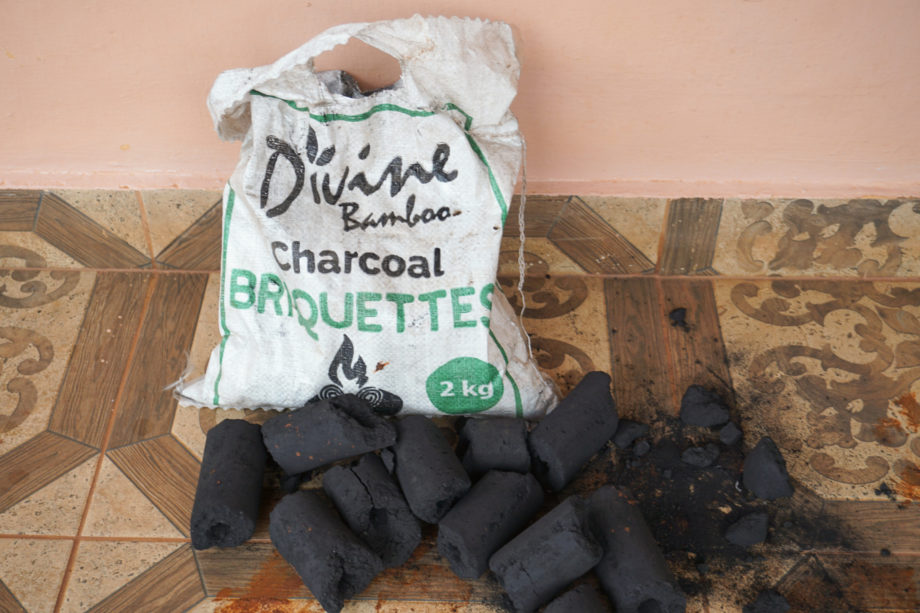 Divine Bamboo briquettes on display at one of the company’s nurseries in Najjera, Uganda. The company has an ambitious plan to create the capacity to produce 240 metric tons of bamboo briquettes annually within two years.

“It has been a tough venture so far,” Nabaweesi says. “The cost of research has been extremely high because we are pioneering this process in Uganda, but it has paid off because I have managed to set up a production plant.”

Cathy Komuhangi, a resident of Kira, right outside Kampala, says she has been using bamboo briquettes for cooking since 2019, when she found out about them at a trade show in the capital. She prefers bamboo briquettes because they are cheaper, last longer and emit less smoke than charcoal. It also makes her feel good to be helping the environment, instead of hurting it, she says.

“I don’t see myself going back to using charcoal,” Komuhangi says. “As I am becoming more conscious of the environment, it makes me feel better than when I use the other option because it’s one less tree cut down.”

Nabaweesi says she’s working to scale up manufacturing to satisfy customers who have recently discovered her product. She is confident that there will be plenty of bamboo to help her achieve that goal.

“As more Ugandans learn how important bamboo is, more farmers are going to grow it,” she says.