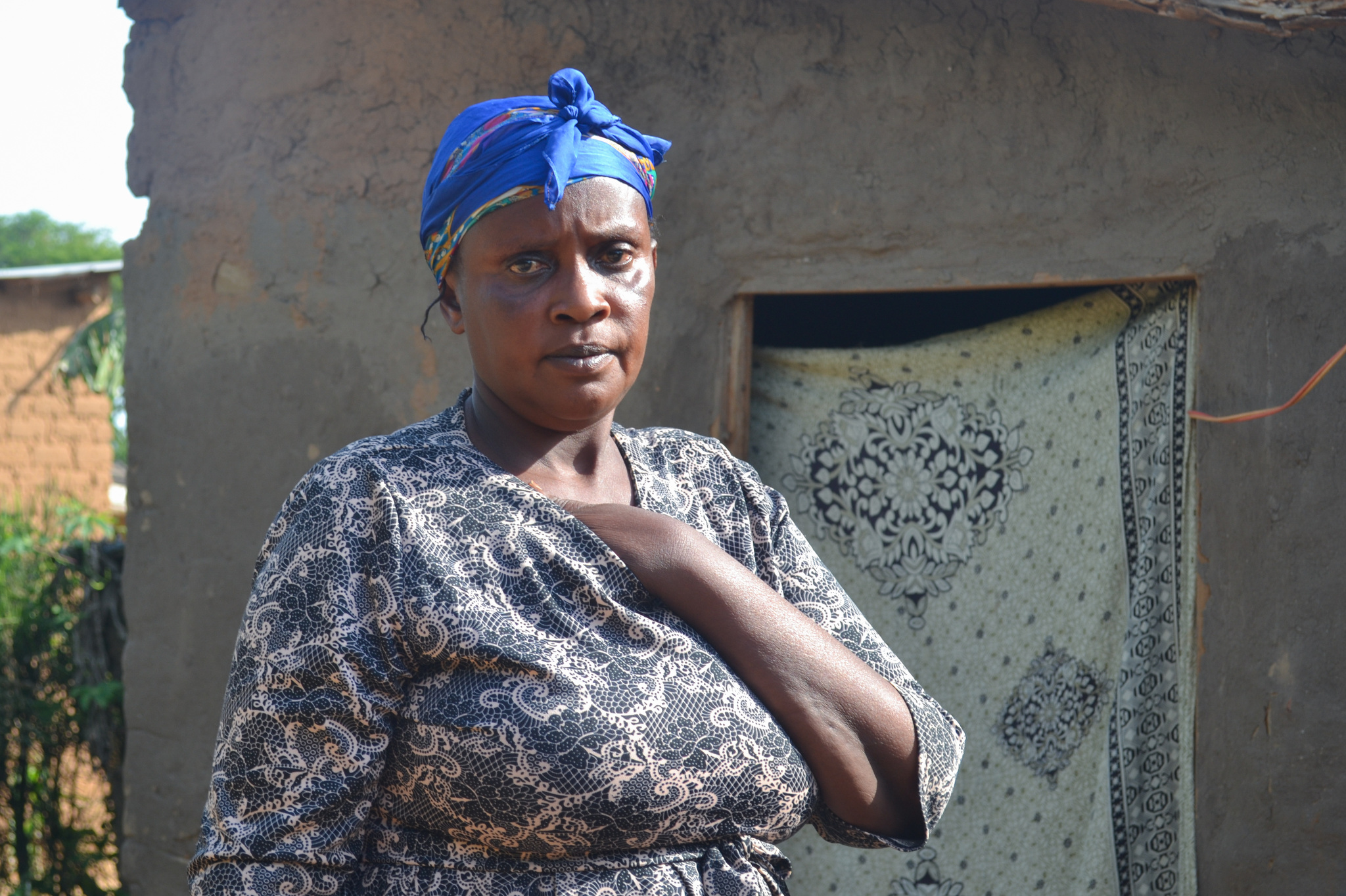 ISINGIRO, UGANDA — In the last six years Joyce Neema Mbabazi has lived at Nakivale refugee camp in southwestern Uganda, she has had very little about which to complain.

Even when rainwater began seeping through the papyrus reed roof of the small home she shares with another woman and her two children, she saw it as a minor inconvenience. They could move to a dry corner. Mbabazi says she never complained because she was just grateful to have food and a safe place to live.

She fled her hometown of Beni, in eastern Democratic Republic of Congo, after she returned from an overnight prayer vigil to find her husband and three of their five children slain, and two missing. “I have seen God come through for me even during the most trying times,” she says, tearing up.

Lately, however, life at Nakivale, the oldest refugee settlement in Africa and now home to more than 135,000 people from conflicts in Africa’s Great Lakes region, has been too difficult for Mbabazi to remain quiet. “These days we don’t have enough food to eat,” she says.

A budget shortfall at the World Food Programme has forced the United Nations agency to slash a significant amount from the monthly cash stipend it gives refugees in western Uganda to cover the cost of food and other living expenses. The agency has continued to ration payments even as more refugees stream into the country following renewed insecurity in neighboring DRC. 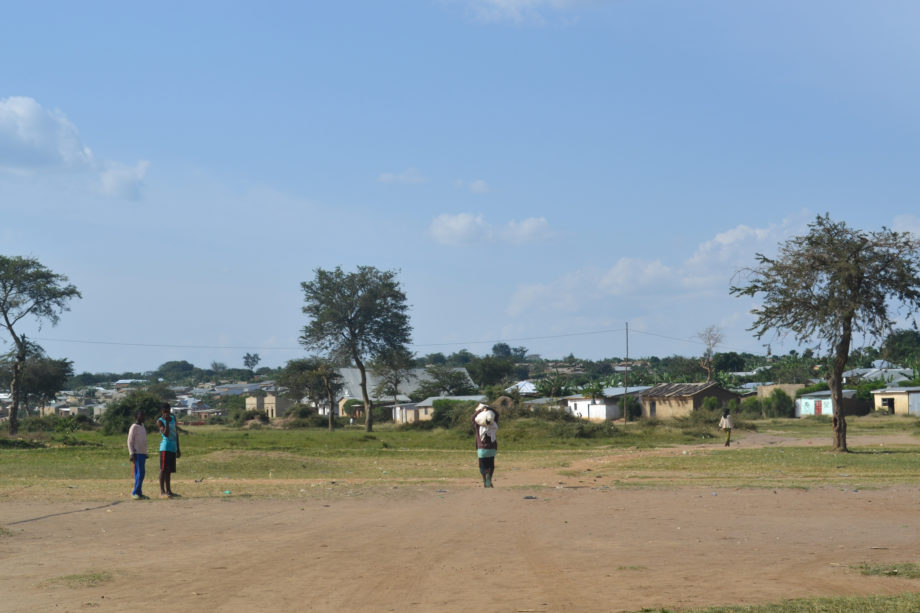 A view of Nakivale refugee settlement in Isingiro. Located near Uganda’s southwestern border with Tanzania, it's the oldest refugee camp in Africa and is home to more than 135,000 people.

Between February and June, more than 800 people were killed as armed groups battled one another and government troops in the eastern DRC provinces of North Kivu and Ituri, according to the U.N. High Commissioner for Refugees or UNHCR. More recently, fighting between the country’s armed forces and M23, an armed group based in North Kivu, led to the displacement of more than 160,000. Another UNHCR report says that almost 16,000 new refugees arrived at Nakivale between March and August. The influx has resulted in a shortage of food, which has led to conflicts between refugees and Ugandan farmers, who accuse refugees of stealing from local farms.

In October 2021, the monthly stipend was reduced by almost a third from 19,000 Ugandan shillings ($5) to 13,000 shillings ($3.40), says Abdirahman Meygag, the WFP representative and country director for Uganda. He says before reducing the monthly payments, the agency conducted a vulnerability assessment that looked at factors including the local prices of basic food. “We found that refugees in the southwest of the country are better able to meet some of the food needs than, say, the northwest, hence a lower ration,” Meygag says.

Refugees in western Uganda also have access to plots of land where they can grow their own food, he says.

With more than 1.5 million refugees, Uganda has the largest population of internationally displaced people in Africa. Every refugee household in Nakivale gets a 30-by-30-meter plot (about a quarter of an acre), which is intended to ensure refugees achieve food self-reliance, according to an analysis by UNHCR and UN-Habitat, the human settlements program. But the plots aren’t large enough to give families food security; the analysis by the two U.N. agencies recommends about 2 acres of land per household to be able to achieve food self-sufficiency. 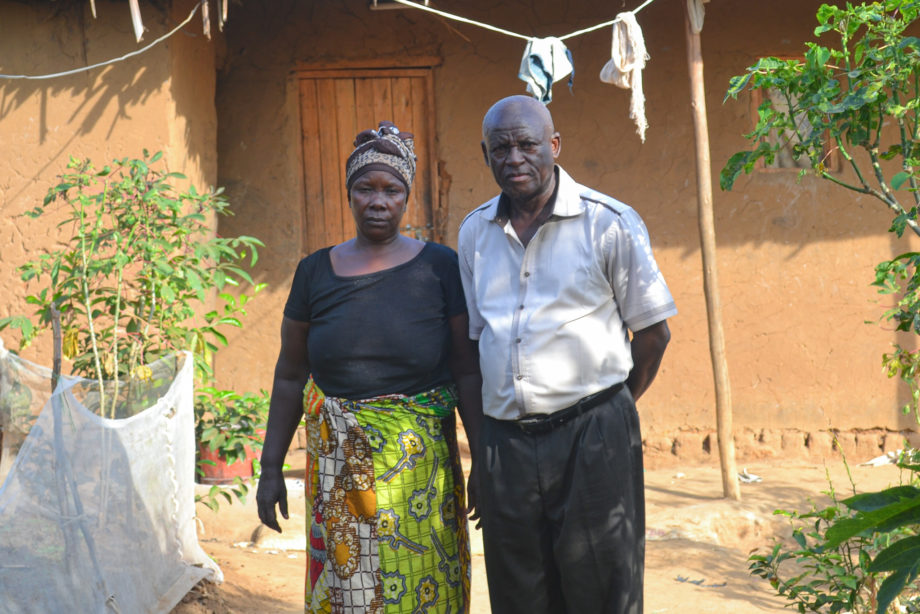 Jeannette Bukulu and her husband, Joakim Mutokambali, stand in front of their home at Nakivale refugee settlement in Isingiro. The couple, their three children and five grandchildren were allotted a small plot where they grow maize, tomatoes and cassava.

Before the U.N. food program reduced the monthly allowance, it informed local leaders, who are stakeholders because their community agreed to have the refugees settle in Nakivale, says Aaron Turahi, the chairman of Local Council 5 in Isingiro district, where the settlement is located, near the country’s southwestern border with Tanzania. Turahi says he and other leaders opposed the proposal because even without the cuts, many refugees couldn’t afford more than two meals a day.

“The idea that refugees at Nakivale are doing better just because they get land is severely flawed,” Turahi says. “Some refugees, especially those who are new, aren’t even farming, and those who grow food don’t harvest overnight, so they rely on the monthly cash.”

But the agency went ahead with the plan anyway. Ultimately, Meygag says, a large funding gap forced it to reduce the payments. Worldwide, the agency is $69 billion short of what it needs to provide food for the rest of the year. In Uganda, it requires about $220 million annually. Even with the adjustments, it’s missing $57 million. Meygag attributes the budgetary challenges to the failure of some major donors to honor their funding pledges.

“The number of the acutely hungry continues to rise while funding for humanitarian operations hasn’t kept up,” he says. “Either we rise to the challenge of meeting immediate needs while at the same time supporting programs that build long-term resilience at scale, or we will face even bigger problems down the line.”

“The number of the acutely hungry continues to rise while funding for humanitarian operations hasn’t kept up."Abdirahman MeygagWorld Food Programme representative and country director for Uganda

Economic decline due to the coronavirus pandemic and Russia’s invasion of Ukraine have caused funders to divert attention and resources for Ukrainian refugees, Meygag says, aggravating the situation. The Russia-Ukraine conflict also has driven up food and fuel prices, leading to global supply chain challenges. “WFP is facing a triple jeopardy,” Meygag says. “The world is facing a year of unprecedented humanitarian needs in 2022, and we are at a critical crossroads.”

Refugees are becoming desperate. Jeannette Bukulu and Joakim Mutokambali, a couple from Burundi living at Nakivale with their three children and five grandchildren, say the household was allocated a single plot to grow food. Since the organization reduced their monthly stipend, they live on one meal a day.

“We had to sell some of our clothes for food when we did not have enough to eat,” Mutokambali says.

The food crisis also has created conflicts between refugees and Ugandan farmers. Turahi, the local leader, says reports of food thefts from local farmers have become common. He cites a recent case of a farmer who reported that someone stole bananas from his plantation. A police dog led officers to a refugee home. 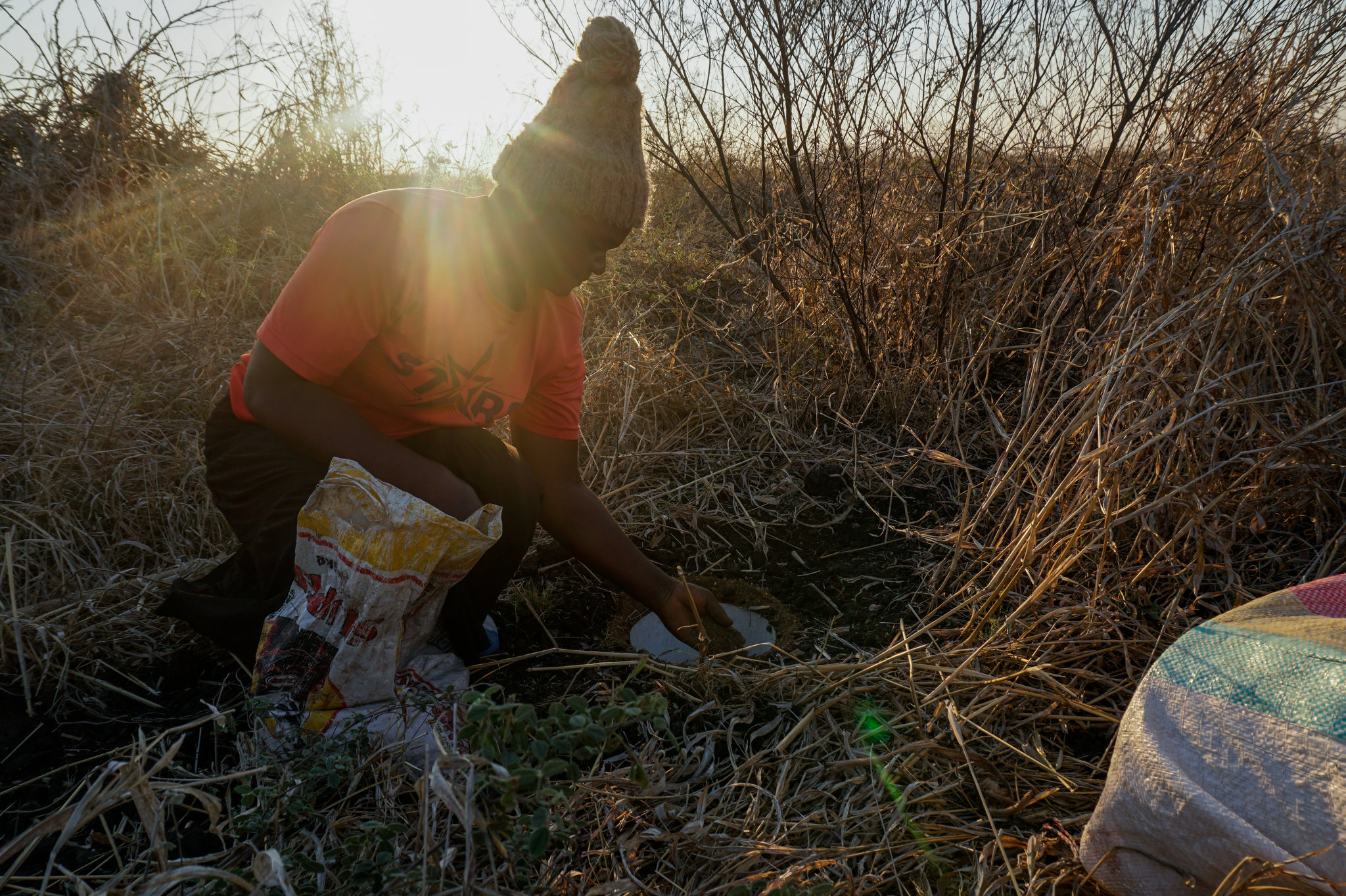 Peace Babihuga, who owns a farm near Nakivale, says food theft has increased recently, forcing many like her to spend more money to protect their crops. “These days, we even have to hire security guards for our farms,” she says. “Otherwise, we might harvest nothing.”

But Babihuga says many farmers understand the recent hardships refugees are facing, so they try to help them by offering temporary farm work paid for at the end of the day in fresh produce like green bananas.

Frank Walusimbi, the associate communications officer at UNHCR, says the agency is aware that conflicts may arise when refugees don’t get enough to eat. Food shortages can cause tension and anxiety, which can threaten peaceful coexistence between refugees and host communities, he says. “However, UNHCR and partners continue to create awareness about the causes of conflict and how to prevent it from happening.”

Because Mbabazi came to Nakivale alone, she wasn’t allotted a plot of land to grow food. Like many refugees, she continues to perform menial jobs to supplement her reduced monthly stipend. “When I am lucky, I wash clothes for Somali refugees, who seem to be better off,” she says.

Mbabazi says faith in God is still an important part of her life, even as her struggle to survive has become more difficult. She is a member of a local church, where she has made friends who pray with her and provide encouragement. She prays that one day things will get better so she can return home to DRC to look for other members of her family.

Apophia Agiresaasi, GPJ, translated some interviews from Kinyarwanda and Hema.