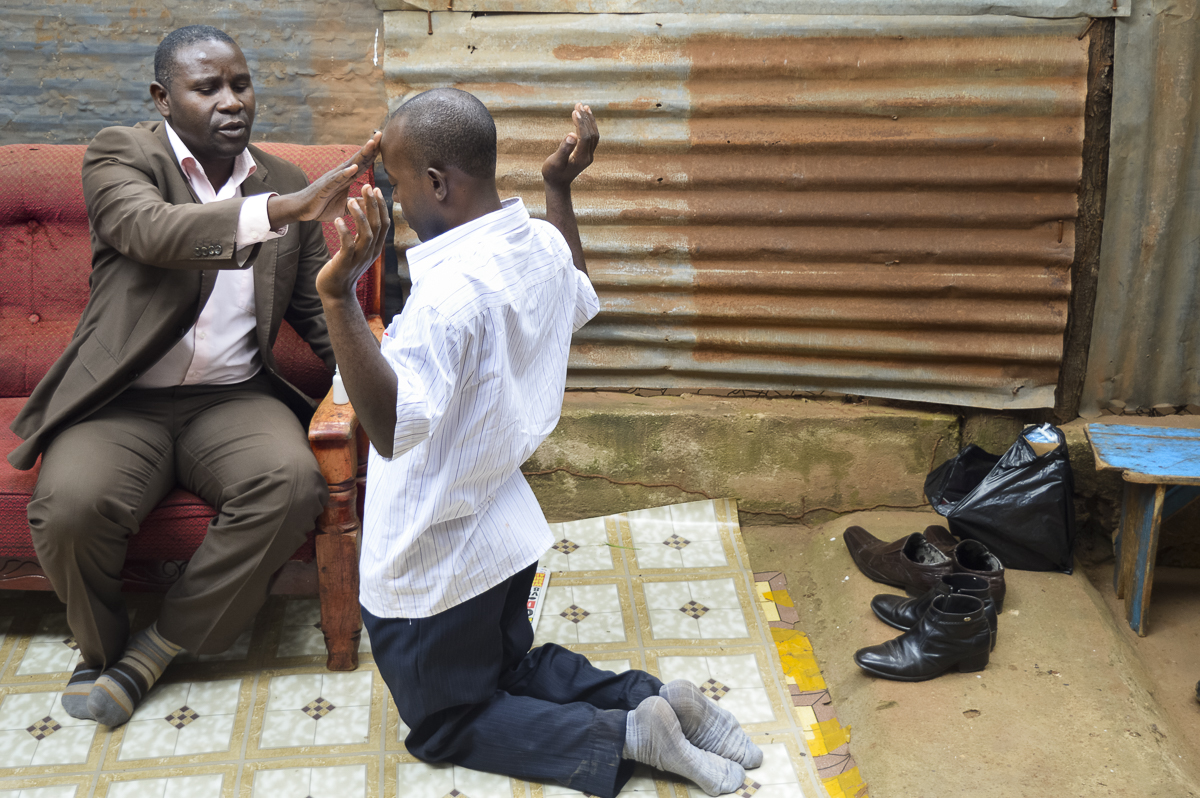 The 32-year-old did everything she could to meet what she felt were her obligations to the Wakiso district church, including “sowing seeds,” the phrase often used in Pentecostal churches to describe giving money with the expectation that something good will happen in return.

But nothing good ever came of it, she says. Instead, she became poorer. She sold her plot of land in her village to pay for her daily needs, and she didn’t get the job for which she’d prayed.

“People should stay in their houses and say prayers from there or go back to traditional churches,” she says. “It’s difficult to trust any Pentecostal church.”

“I waited and prayed for a car from God for 10 years,” says Makumbi, who uses the title bishop. “One requires patience and faith that God will work for them to receive from him.”

Pentecostalism is a strain of Christianity that emphasizes the work of the Holy Spirit. In some Pentecostal churches, pastors and their congregants believe they can use the Holy Spirit’s power to work miracles, including physically healing people and granting blessings such as influxes of cash and material goods. In some cases, a person’s chance to get a healing or other blessing depends on his or her willingness to give money to the church. Some Pentecostals call that “sowing a seed,” likening the payment to planting a seed in the ground that later produces a harvest.

Detractors of that strain of Pentecostalism call those beliefs the “prosperity gospel,” or “health and wealth theology.”

Pentecostalism has been a religious force in Africa for decades, but in recent years it has seen explosive growth around the continent. Now, some churches claim membership numbers in the tens of thousands, or even hundreds of thousands.

“They concentrate on personalities and not Jesus,” he says. 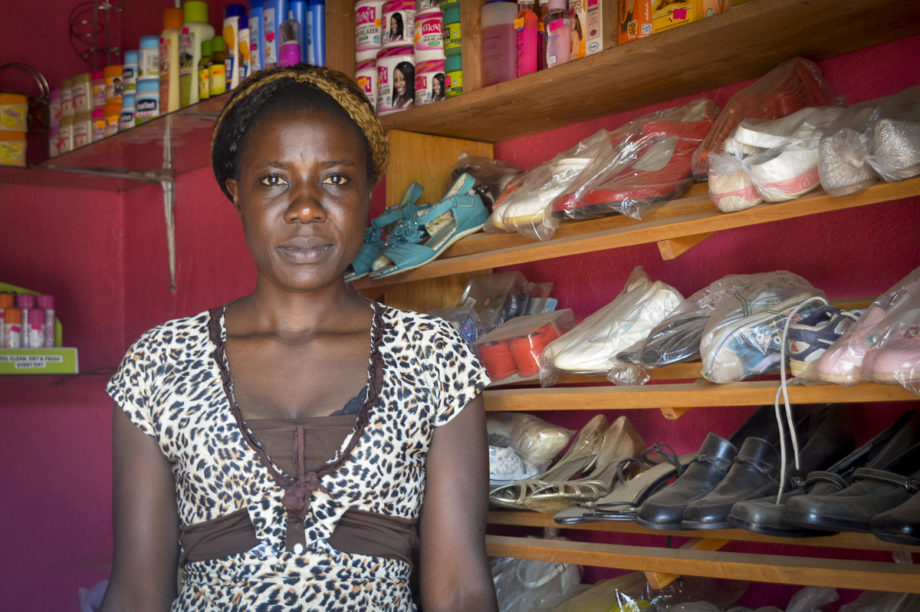 Deborah Aine, in the shop she keeps, says she prayed at Gospel Healing Center International Lweeza Kajjansi that she would find a husband, and her prayers were answered.

Those pastors’ critics include more than disappointed or disgruntled former church members. Hope Abraham, pastor of Rubaga Road Church, started a website, www.truth-truth.com, that lists church leaders he suspects of exploiting congregants or engaging in what he says is immoral behavior.

The list specifically calls out pastors who ask people to pay them for their prayers ─ a red flag, he says, that the pastor is preaching a “false doctrine.”

“Praying for people should be free,” he says. “Jesus never asked for money from anyone before praying for them.”

Another red flag is a pastor with an overly formal title, he says.

Some of the charges on Abraham’s website are gruesome. One listing claims that a specific pastor “goes underground and he sacrifices people, he eats human flesh…” Another pastor is charged with being a “full time devil worshipper.”

Many of the charges focus on sexual conduct, including homosexuality. Another page on the site specifically lists pastors Abraham believes to be engaged in homosexuality.

The list aims to save people from eternal damnation, Abraham says.

“We are exposing these churches to save God’s people from going to hell,” he says. “There are only two ways when you die: Either you go to heaven or hell, and these pastors know they are condemned to hell because of their actions, so they would like to go with as many people as possible.”

Homosexual acts are a crime in Uganda, punishable by sentences of up to life in prison. Sexual Minorities Uganda, an advocacy group, published a report in April noting 264 cases of human rights abuses against sexual minorities in the country between May 2014 and December 2015, including violent attacks carried out by other people and torture by the state. In Uganda, even an unproven accusation of homosexual activity can lead to serious trouble with the law.

Makumbi is on Abraham’s list of alleged homosexuals, but he denies that charge.

“I am married to a woman, and we have children,” he says. “How can they say that I am a homosexual? Is that possible?”

Despite their pastors’ appearing on Abraham’s lists, the churches, including Makumbi’s, continue to attract congregants who say prayers are successful in getting them what they want.

Deborah Aine, a shopkeeper, says she’s learned to live a true Christian life at Gospel Healing Center International Lweeza Kajjansi. The church preaches abstinence before marriage, she says, and that preaching helped her become a better person. And, she says, she prayed at the healing center that she would find a husband, and it worked.