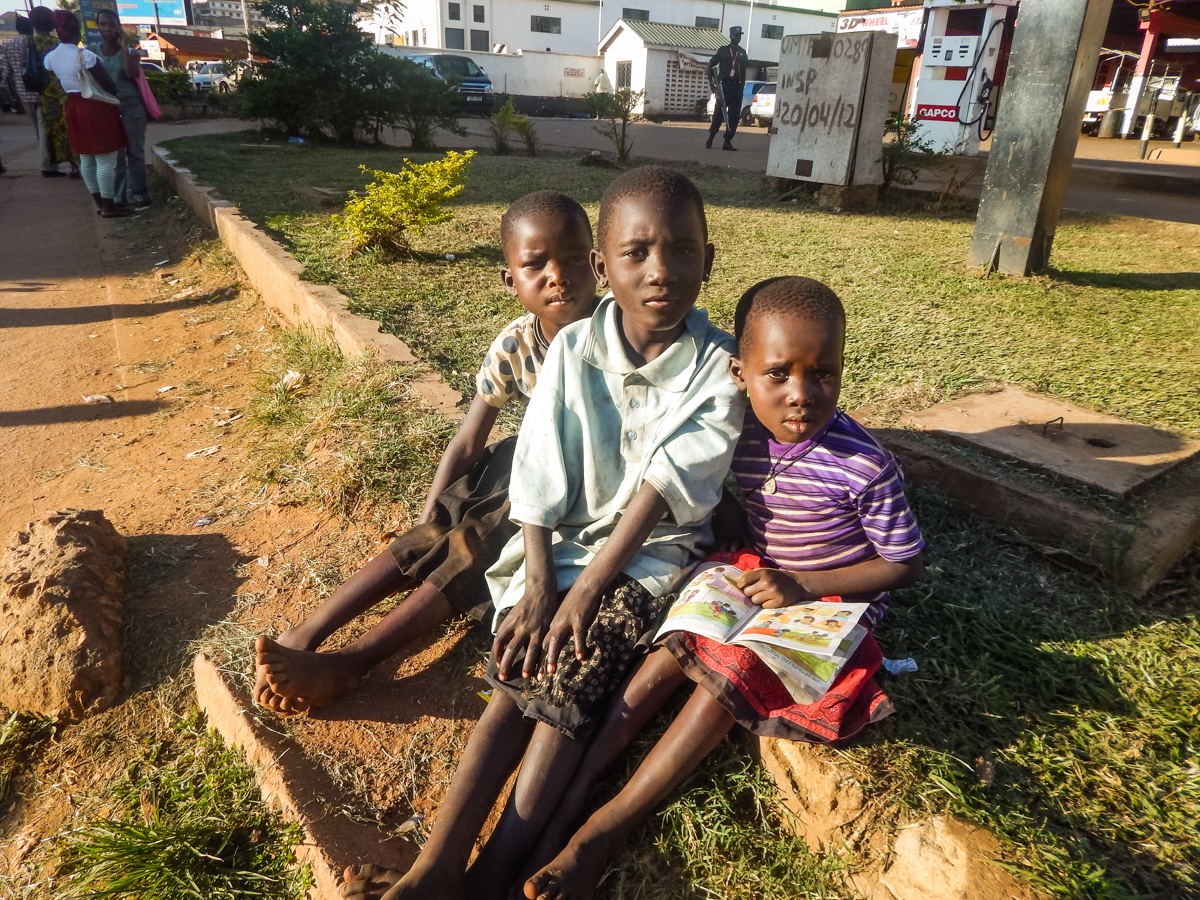 KAMPALA, UGANDA — It was nearly a year ago that Dorothy Acan sent her oldest child, 10-year-old Thomas, to find a job in Uganda’s capital city. The family lives in the impoverished Karamoja region, and Acan struggled to find enough food to feed Thomas and her two other children.

A woman offered to take Thomas to Kampala to find a job, Acan says. He left in November 2014. But 10 months later, a friend reported to Acan that Thomas had been seen begging on Kampala’s streets.

Acan traveled to the city to find him. She stayed with relatives in a slum area and walked the city every day. She had been on the street for two days, she says, looking for her son.

It’s not clear how many children live on the streets of Kampala and other Ugandan cities, but a 2015 study by the African Network for the Prevention and Protection Against Child Abuse and Neglect (ANPPCAN) found that 57 percent of those children were from the Karamoja region.

Some children, such as Thomas, are trafficked to be beggars. Traffickers convince parents that their children will find jobs and education in the city, but the children are forced to beg. The Ugandan government has partnered with local and international organizations to remove and rehabilitate children in Kampala and other towns in an attempt to reduce the number of children begging on the street.

But experts fear that droughts in Karamoja, a remote part of Uganda, will send more children to Kampala’s streets as parents struggle to feed their families.

Hunger is a serious problem in Karamoja, a dry area that abuts Kenya in Uganda’s northeast. A 2014 report by the World Food Program found that 18 percent of people in Karamoja are in crisis over food security, and another 58 percent are stressed.

More than three-quarters of the people living in Karamoja are impoverished, UNICEF reported this year. About 13 percent of the children under age 5 there battle acute malnutrition.

The region experiences frequent droughts. People there have traditionally worked as cattle herders, but livestock theft has caused increased violence, according to UNICEF.

Once on the streets, children are vulnerable to sexual exploitation and drug abuse, and they struggle to find food and a safe place to sleep.

The police check buses leaving Karamoja, and all children that are unaccompanied are not allowed to proceed. Miriam Ahumuza, an officer with ANPPCAN Uganda Chapter

The lucky ones wind up at rehabilitation centers, including the Naguru Reception Center and Kampiringisa, another center. There, they receive a health screening, undergo counseling and are prepared for reunification with their families, says Mondo Kyateka, assistant commissioner for youth affairs and public-relations officer at the Ministry of Gender, Labor and Social Development.

There are also efforts to end child trafficking from Karamoja, but they have been curtailed by cultural secrecy among the Karimajong.

“The Karimajong is a closed community. It’s not easy to get information on people trafficking children,” says Moses Binoga, who coordinates anti-trafficking efforts in the Ministry of Internal Affairs.

The Ugandan government has multi-agency programs to stop child trafficking and rehabilitate trafficked children, but it was a partnership with the International Organization for Migration that made a real difference. Between 2011 and 2013, IOM and its partner organizations rehabilitated 179 children, according to one IOM report. Of those children, 163 were younger than 14.

Now, there is new fear that the Karamoja region’s droughts will put pressure on parents to turn their children over to traffickers, says Miriam Ahumuza, an officer with ANPPCAN Uganda Chapter.

“This creates a sense of hopelessness so parents might be tempted to hand over their children to traffickers,” Ahumuza says.

Some efforts are productive, Ahumuza says, noting that there are checkpoints along some travel routes.

“The police check buses leaving Karamoja, and all children that are unaccompanied are not allowed to proceed,” Ahumuza says. “Adults moving with children are also thoroughly investigated. The government has done well in that area.”

But Uganda doesn’t have a national, comprehensive strategy to manage the problem of trafficking.

“Each NGO (nongovernmental organization) does what they know without understanding the issues that brought the children in the street. There is no coordination,” Ahumuza says.

Even rehabilitation centers, which do some good work, create new challenges, she says.

“Children have been picked up and put together with other children in Kampiringisa who have committed all sorts of crimes,” Ahumuza says, referring to one rehabilitation center.

By the time the children leave, Ahumuza says, some have picked up bad habits.

Acan, the mother from the Karamoja region, found her son, Thomas. He was in the Naguru Reception Center.

By early October, Acan and Thomas were on their way back home to the Karamoja region.